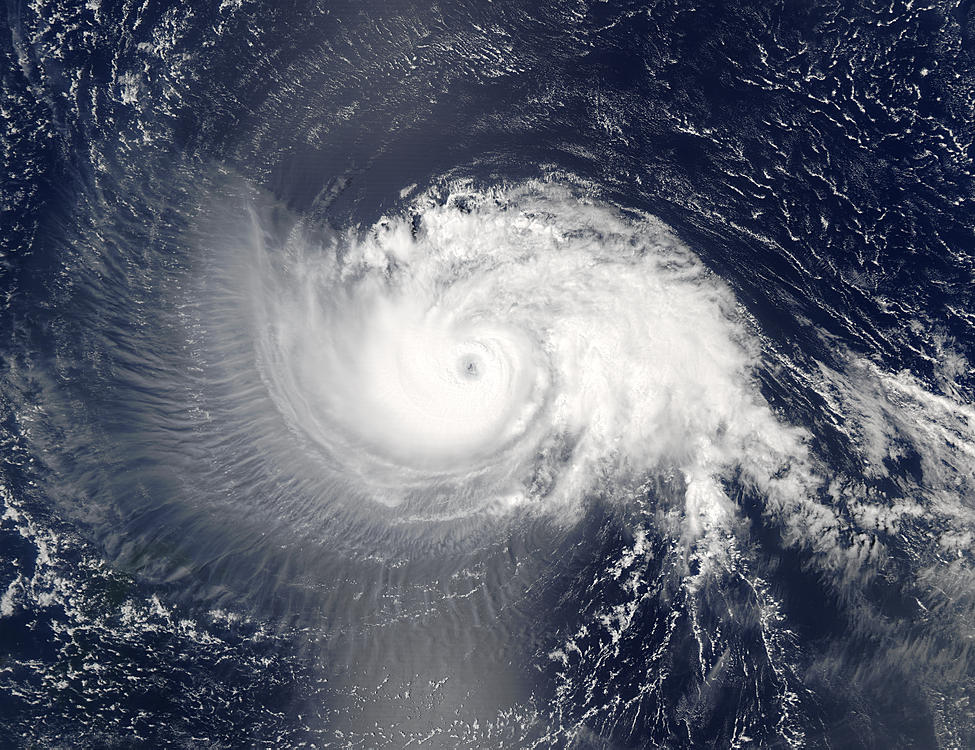 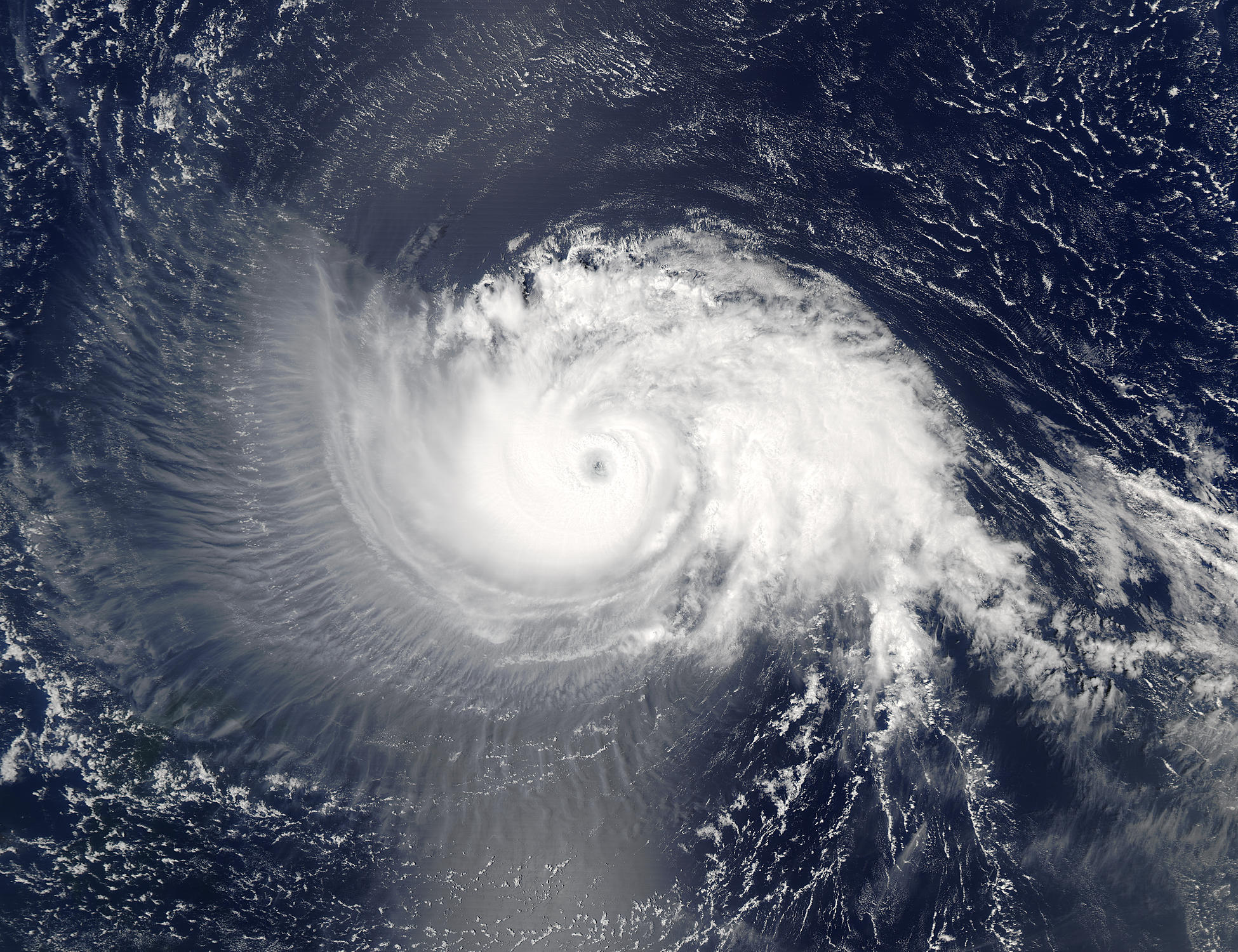 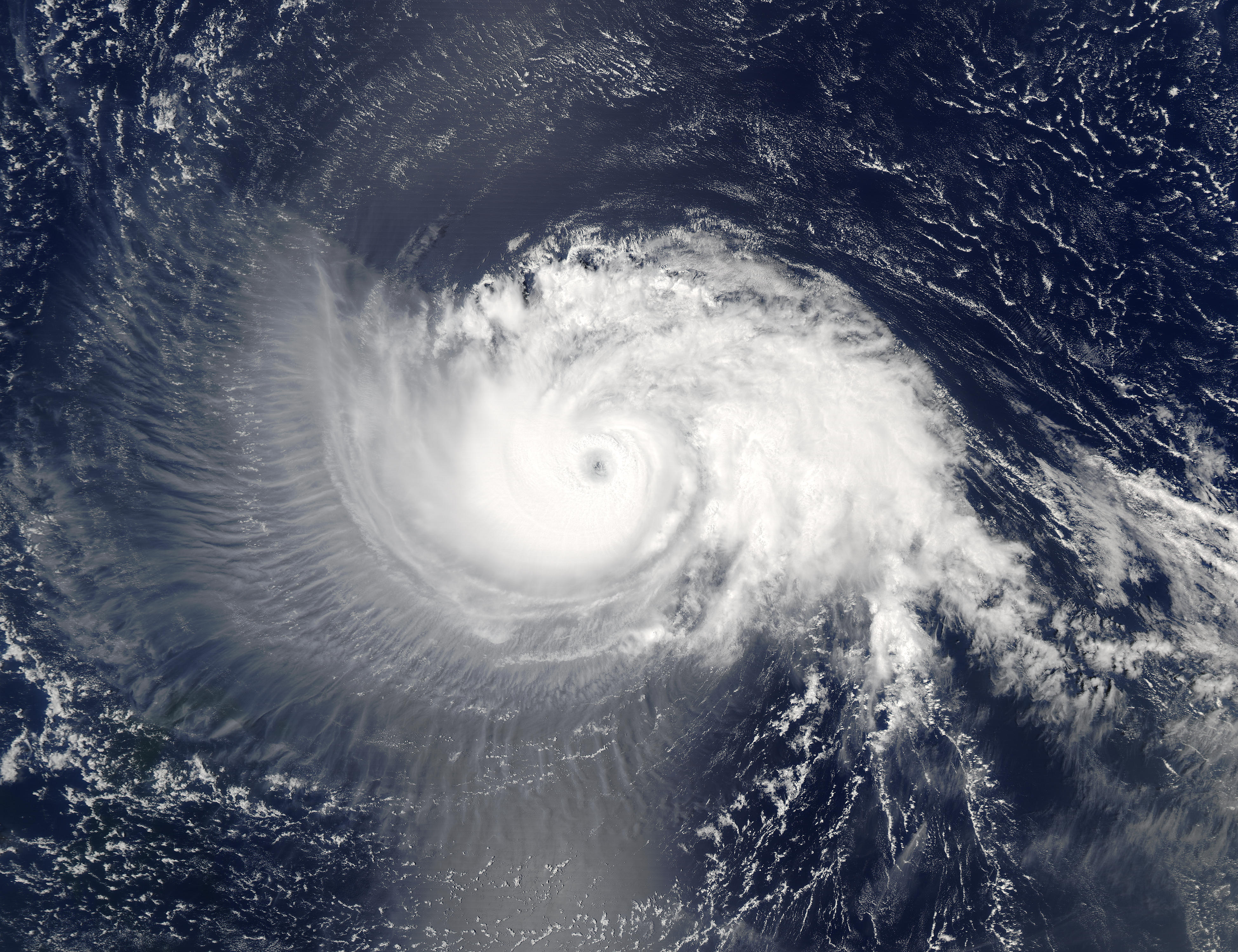 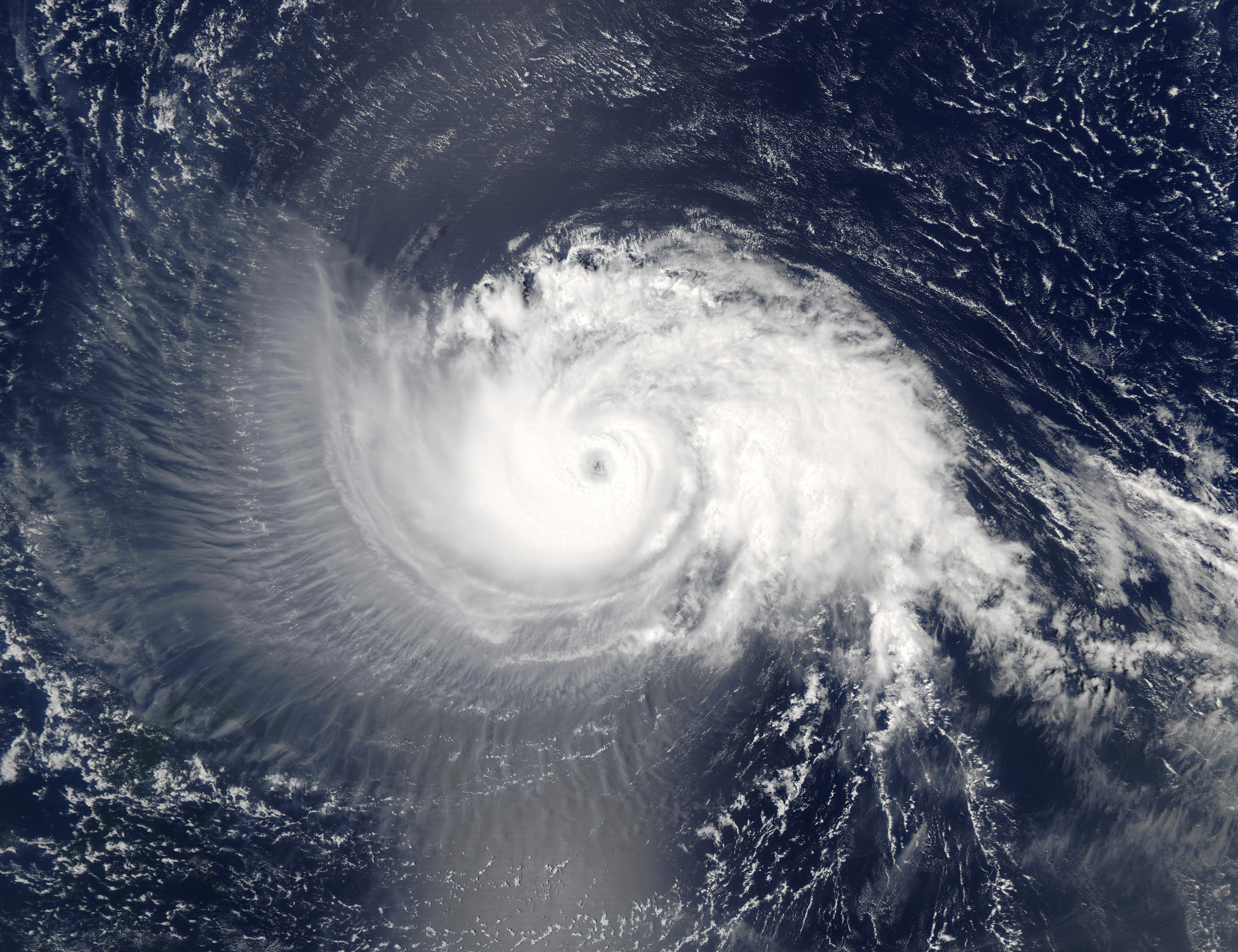 The MODIS instrument onboard NASA’s Aqua satellite captured this true-color image of Hurricane Isabel, a powerful category 4 storm in the tropical Atlantic Ocean. At the time this image was taken on September 10, 2003, at 16:40 UTC, Isabel was packing maximum sustained winds of 135 mph with higher gusts. As evidenced by the thin cirrus clouds, this image indicates that outflow on Isabel’s western side is expanding towards the west (this divergence of high-altitude air is orchestrated by a high-pressure system that forms in the upper troposphere over the eye).