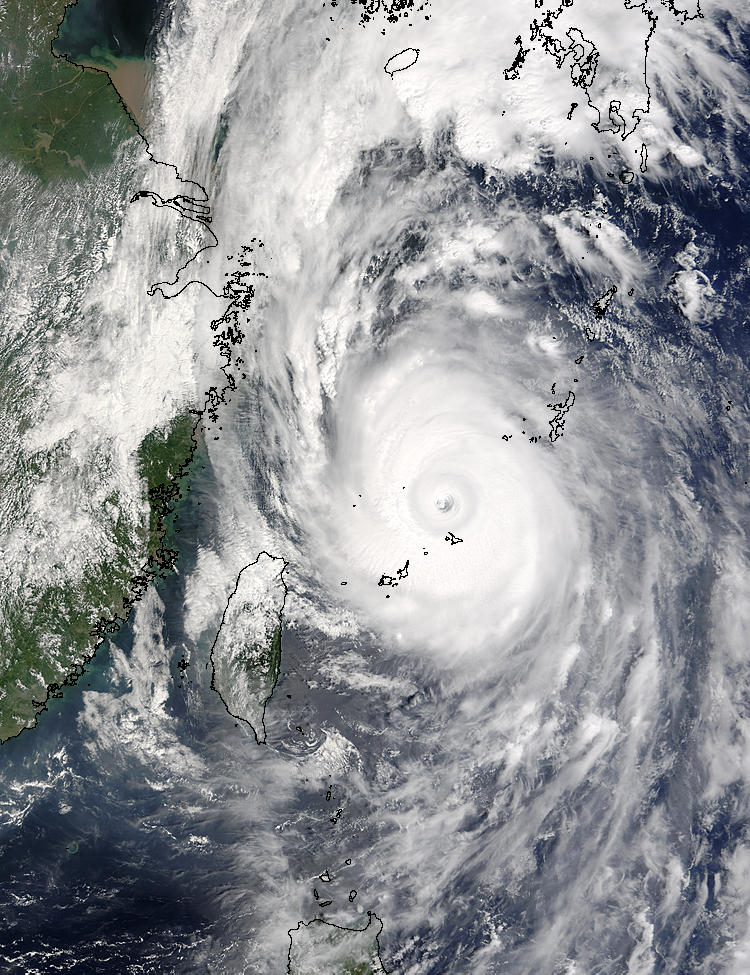 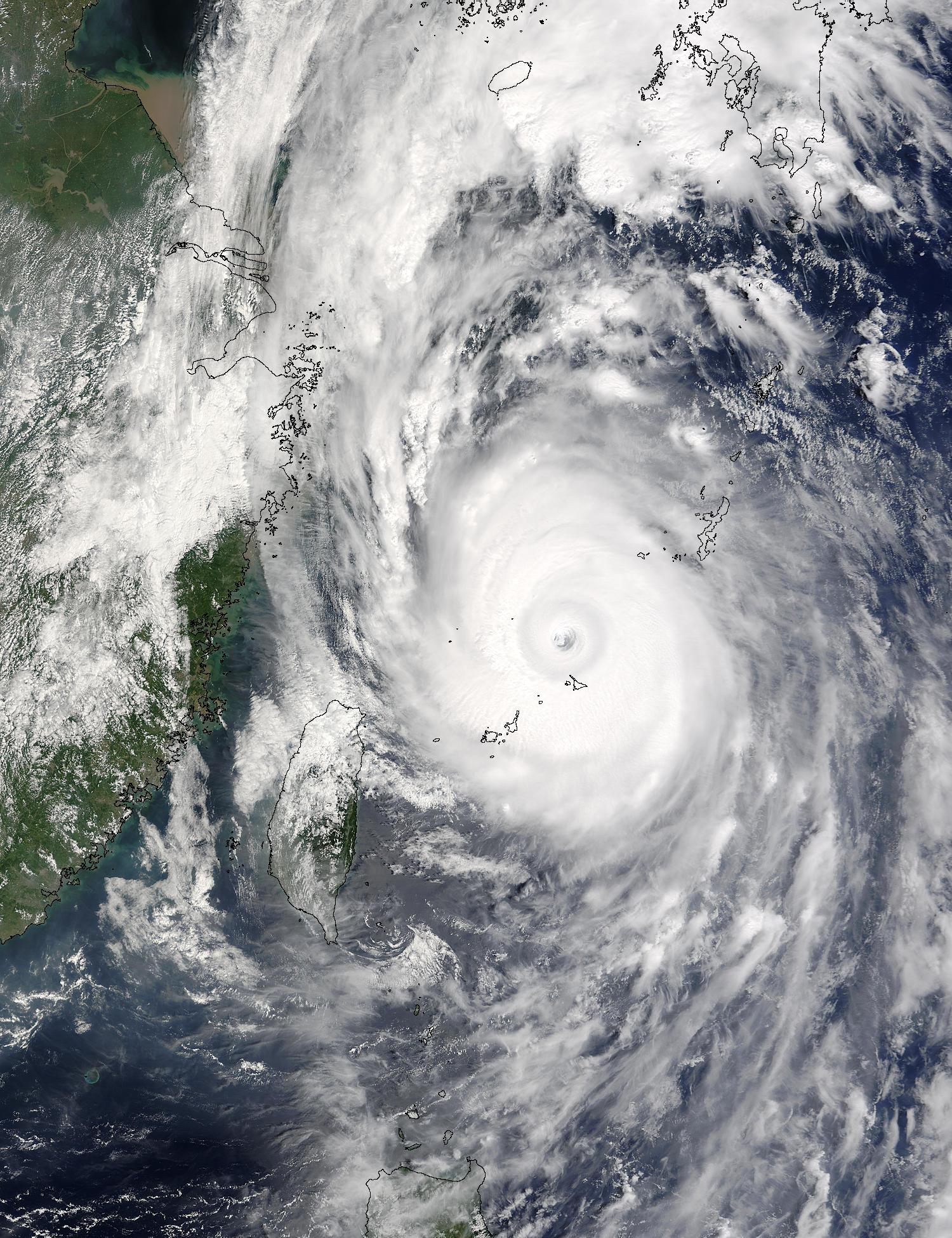 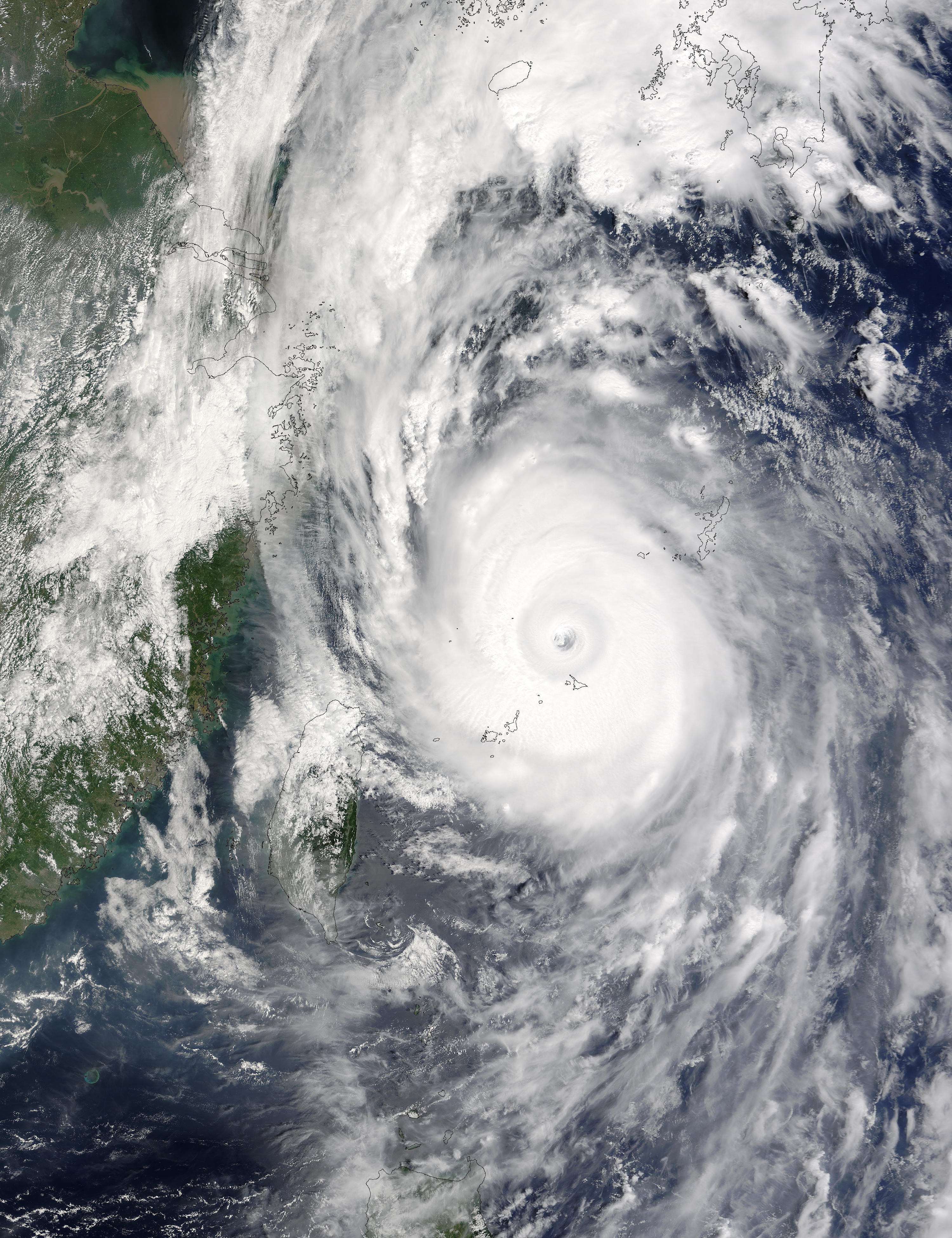 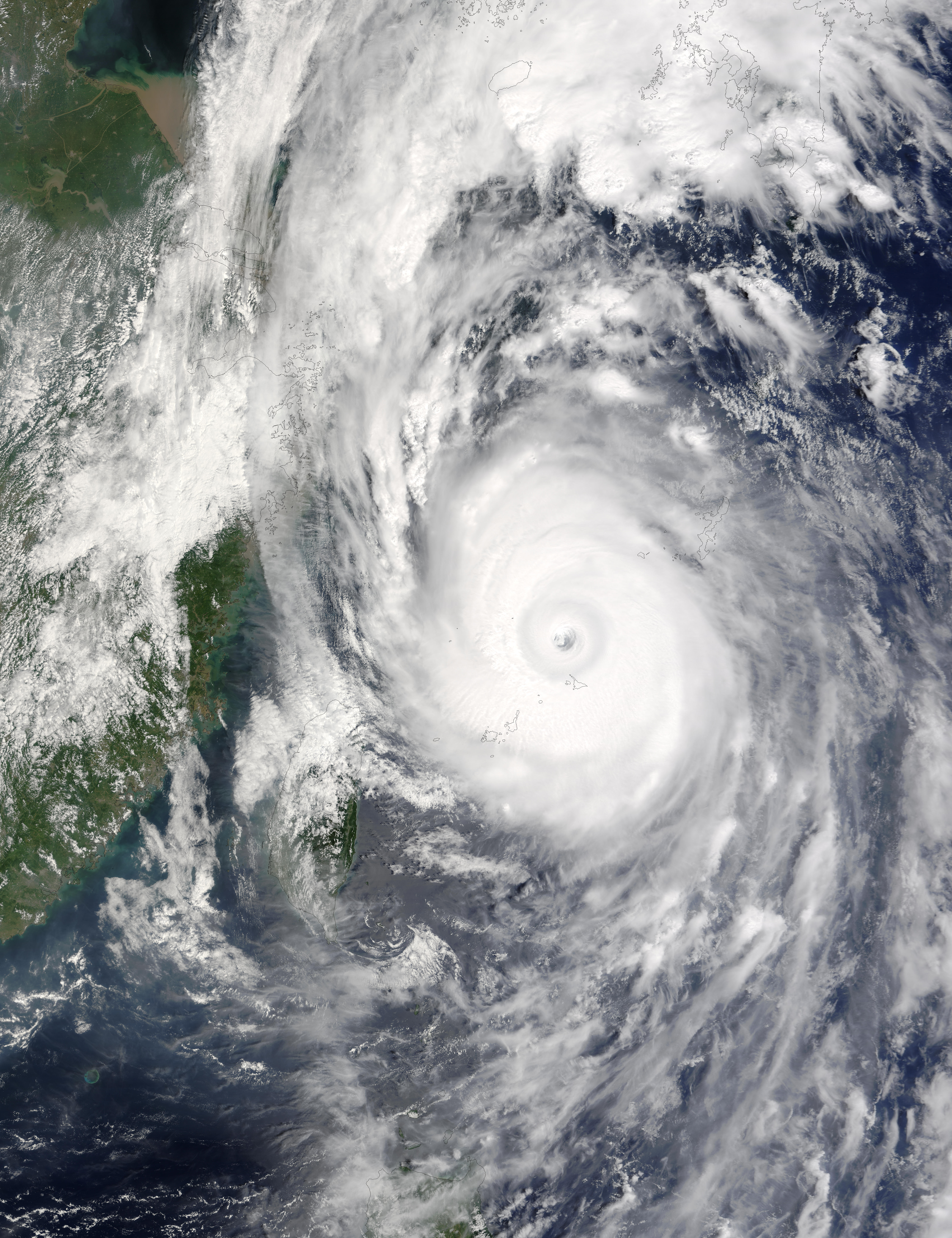 The Moderate Resolution Imaging Spectroradiometer (MODIS) on NASA’s Terra satellite captured this true-color image of Typhoon Maemi after it passed over Japan’s Okinawan Islands on September 11, 2003. Even though its sustained wind speed had dropped to 123 miles per hour, Typhoon Maemi was the strongest typhoon to hit the islands in 30 years, according Japan’s Central Meteorological Agency. News reports claimed that one person died and at least 94 others were injured in the storm. The hardest hit island was Miyakojima, 1145 miles southwest of Tokyo.

Typhoon Maemi was moving north towards the Korean peninsula at about 7 miles per hour when this image was taken.