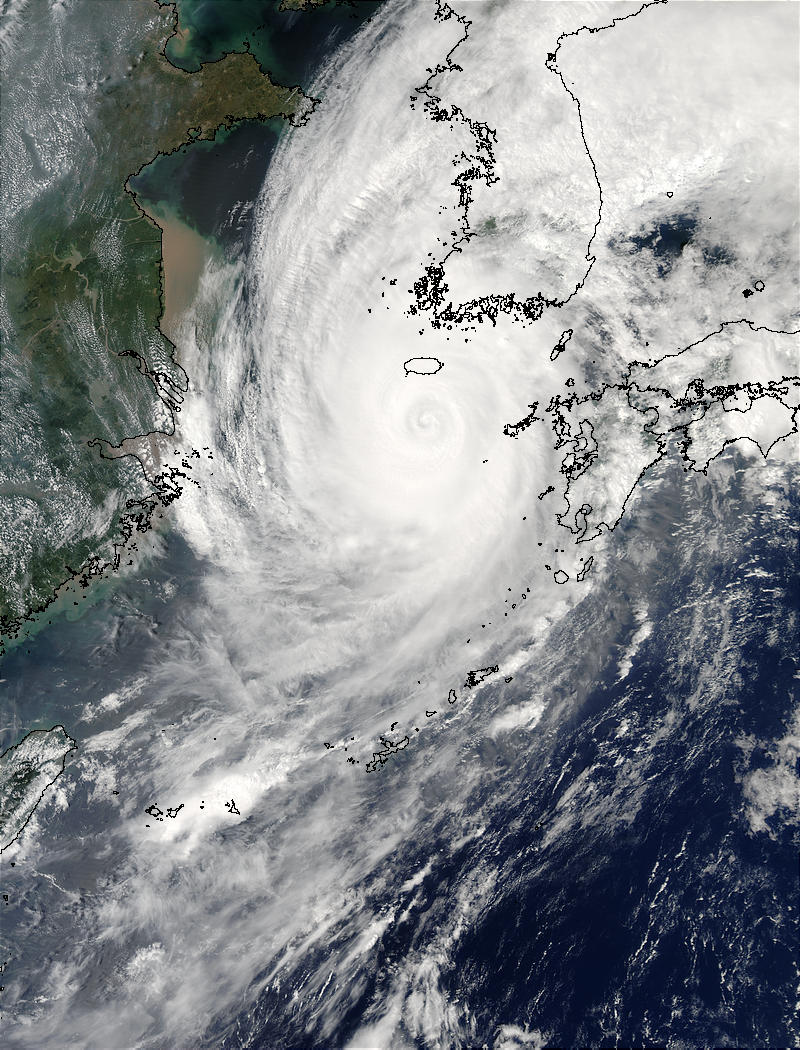 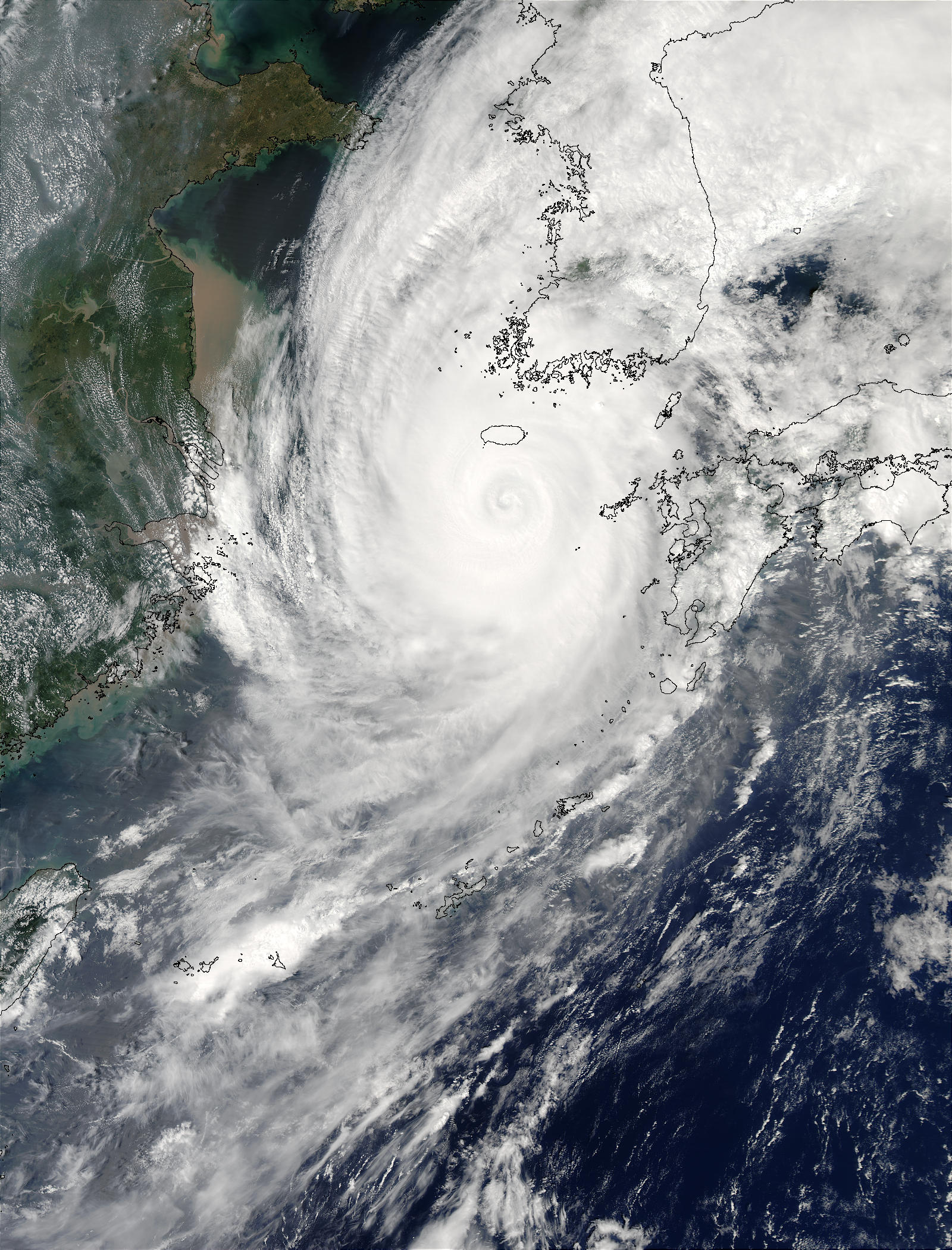 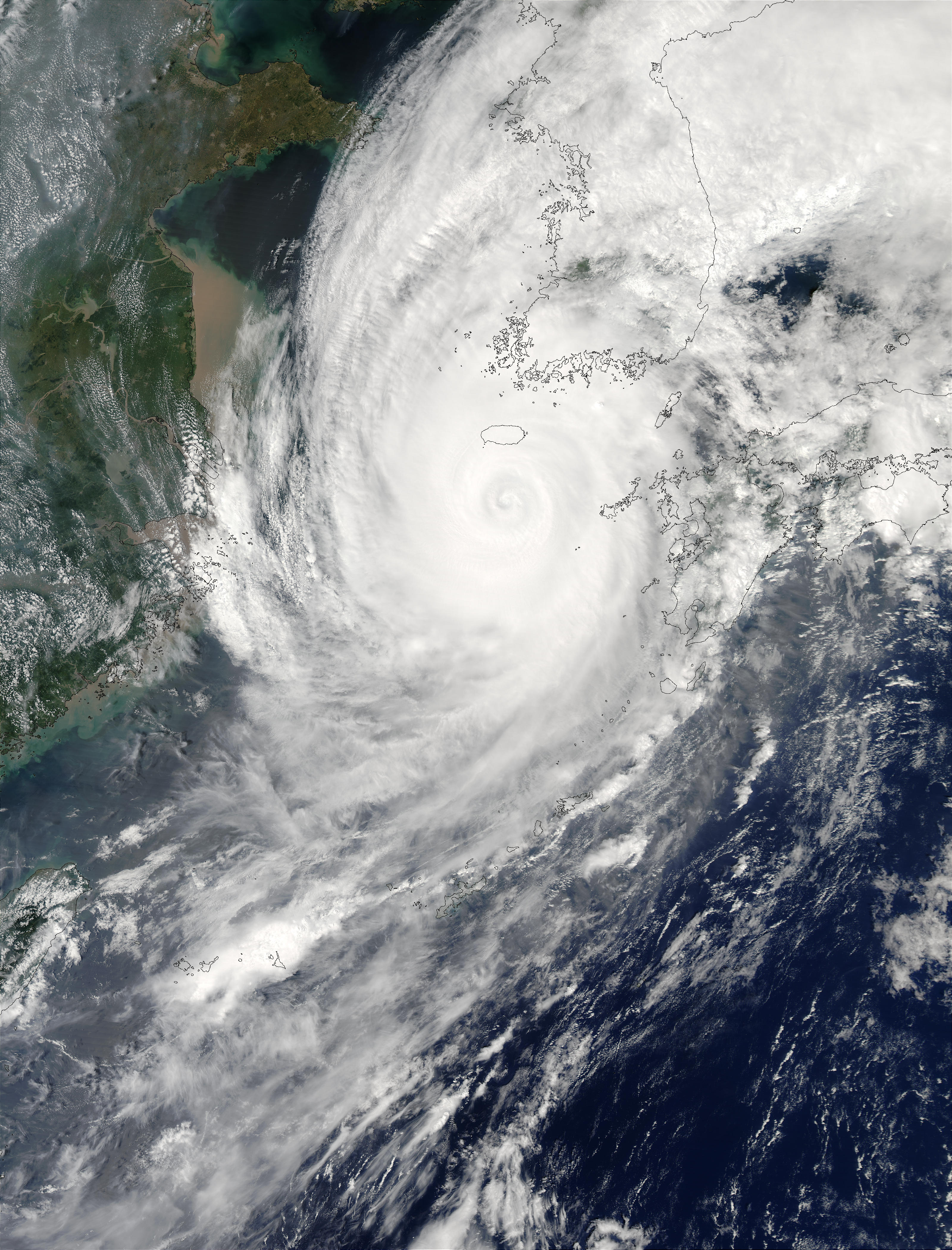 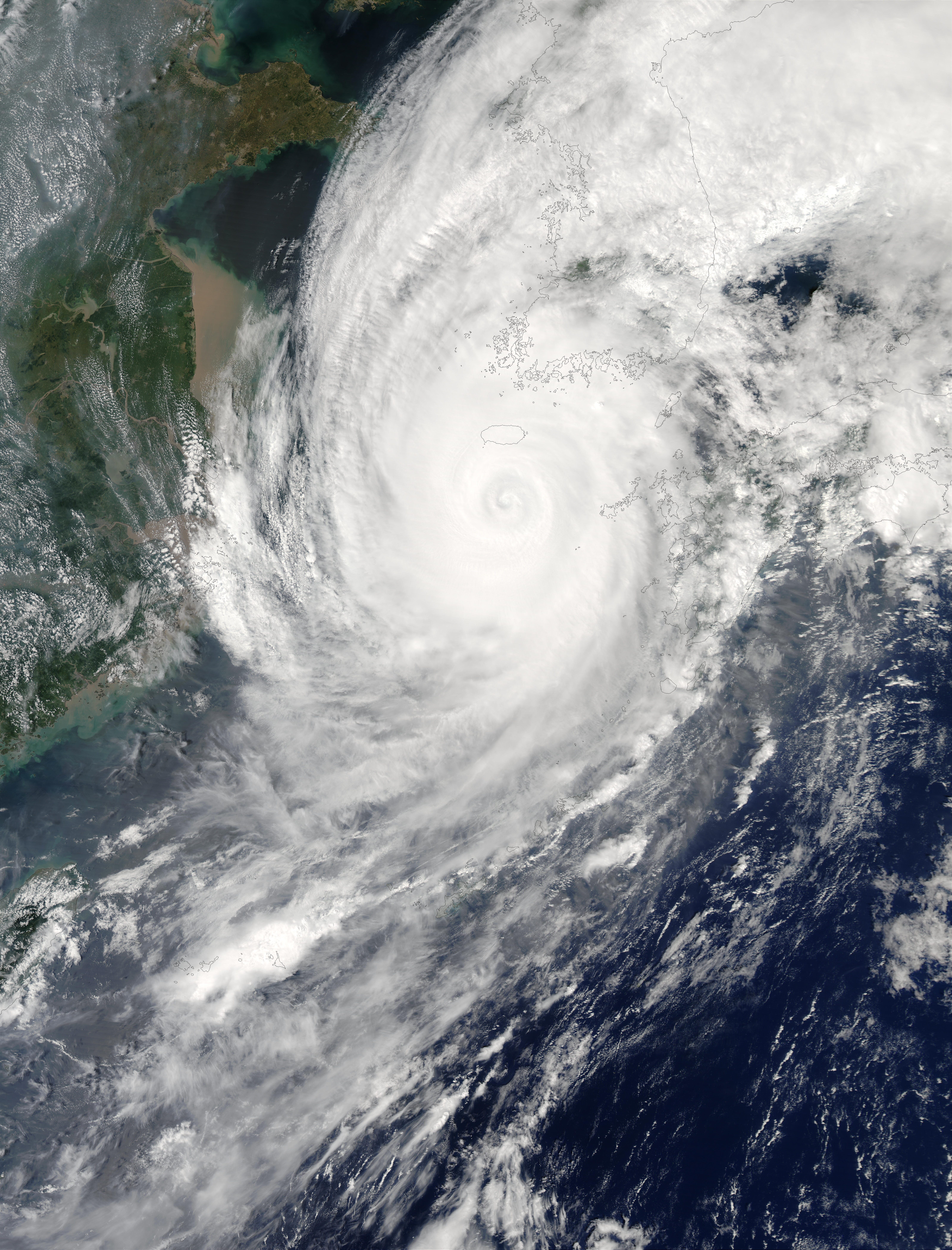 Typhoon Maemi strikes a heavy blow on South Korea in this Moderate Resolution Imaging Spectroradiometer (MODIS) image captured by the Aqua satellite on 12 September 2003, at 1:55 pm, local time. With sustained winds of 135 miles per hour, the storm was the strongest to hit South Korea since records began. Media reports say that at least 104 people died in the storm.