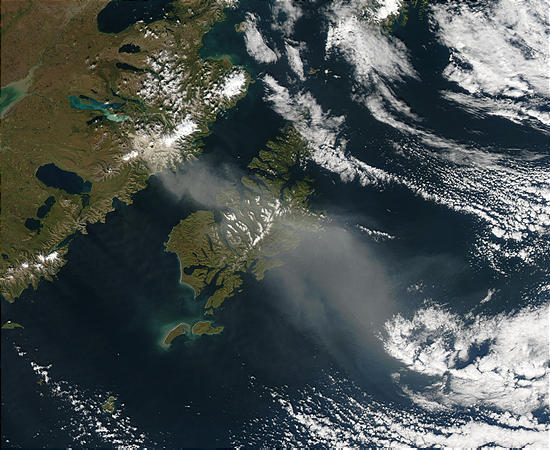 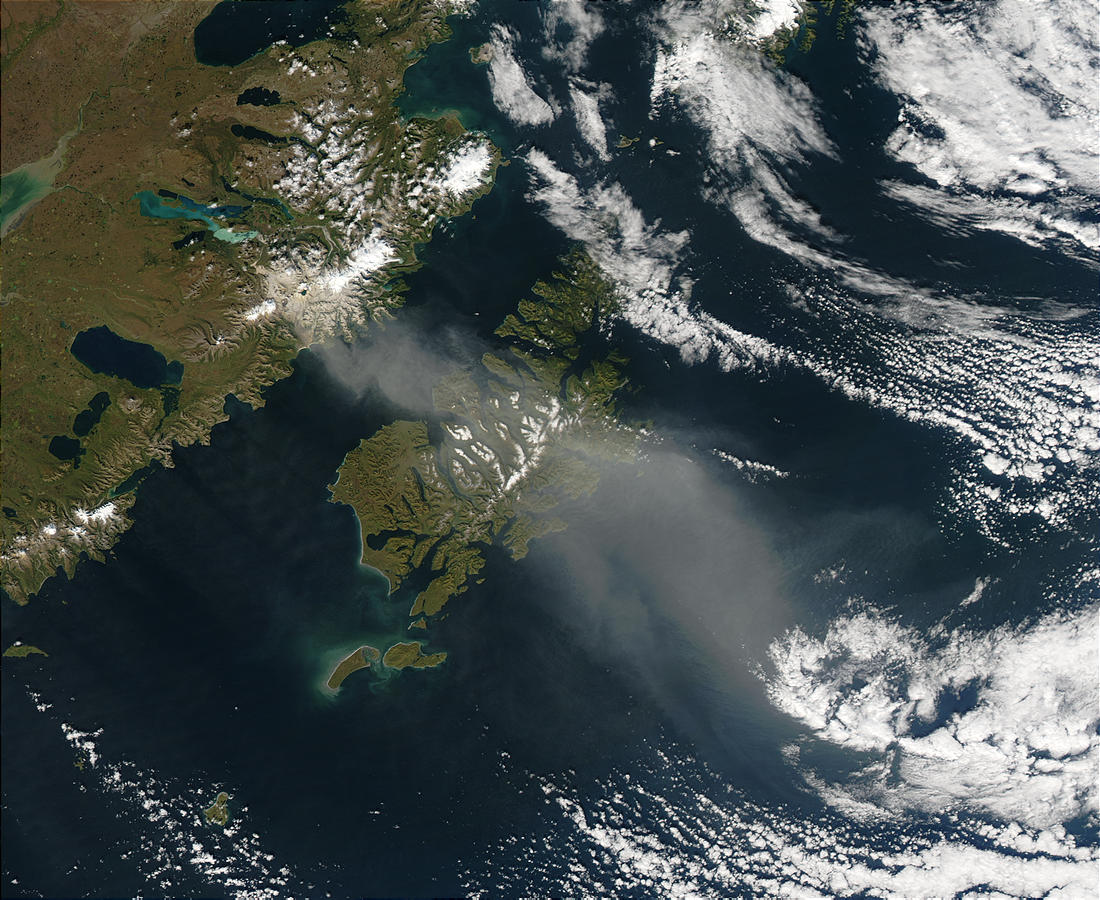 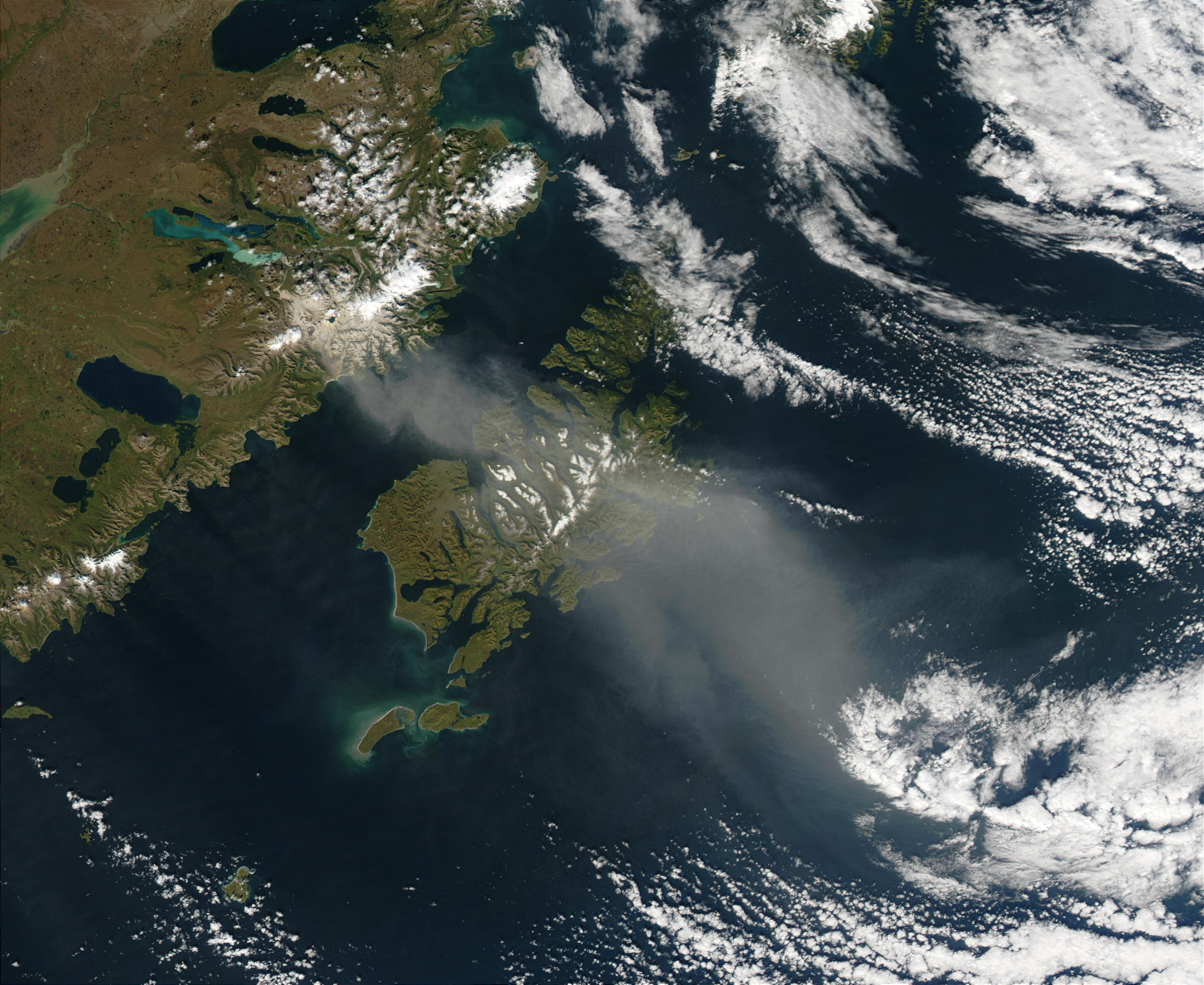 This true-color image over Kodiak Island, Alaska, shows a plume of resuspended volcanic ash (tan pixels) extending southeastward from the mainland out over the Gulf of Alaska. According to the Alaska Volcano Observatory, strong winds in the Katmai National Park and Preserve region are picking up old, loose volcanic ash and blowing it toward the southeast. Although this particular plume is not the result of an active volcano, airplane pilots should consider resuspended ash just as hazardous as the ash from an actively erupting volcano. This scene was acquired by the Moderate Resolution Imaging Spectroradiometer (MODIS), aboard NASA´s Aqua satellite, on September 21, 2003.

There are roughly 100 active volcanoes in and around the North Pacific Ocean.along both Asian and North American shorelines. Over the last several decades, commercial airliners have encountered ash plumes from some of these erupting volcanoes, placing the planes and their passengers at risk and causing serious damage to the planes' engines and exteriors. (For more details, read Danger in the Air: Volcanoes have a long reach.)