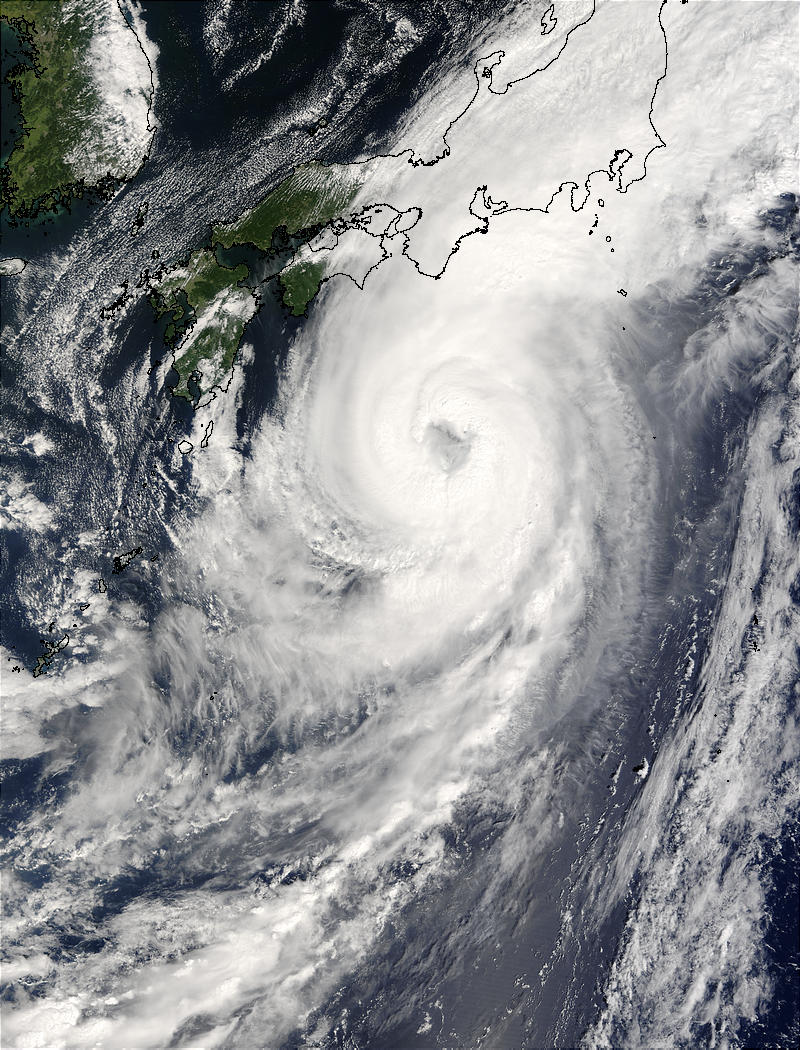 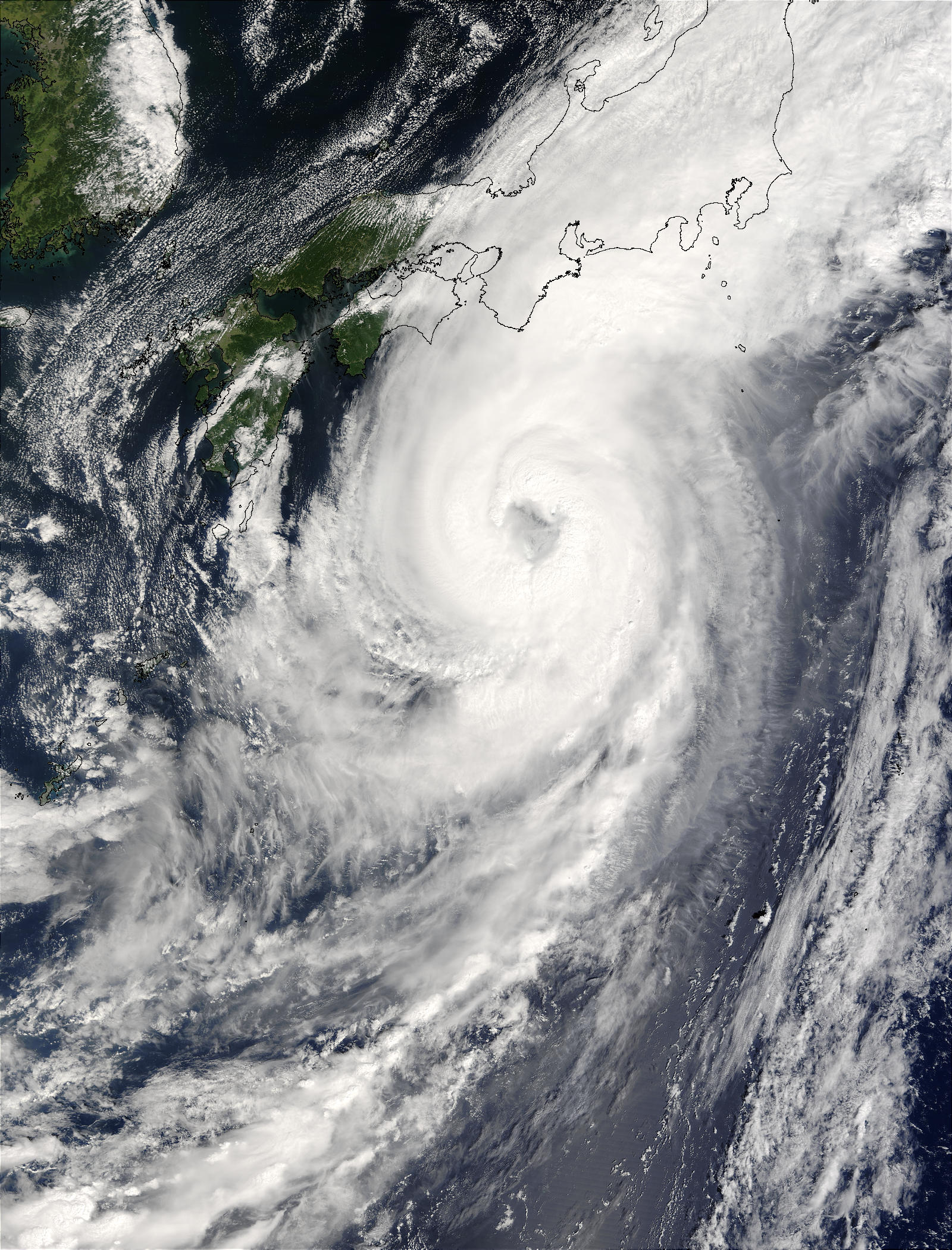 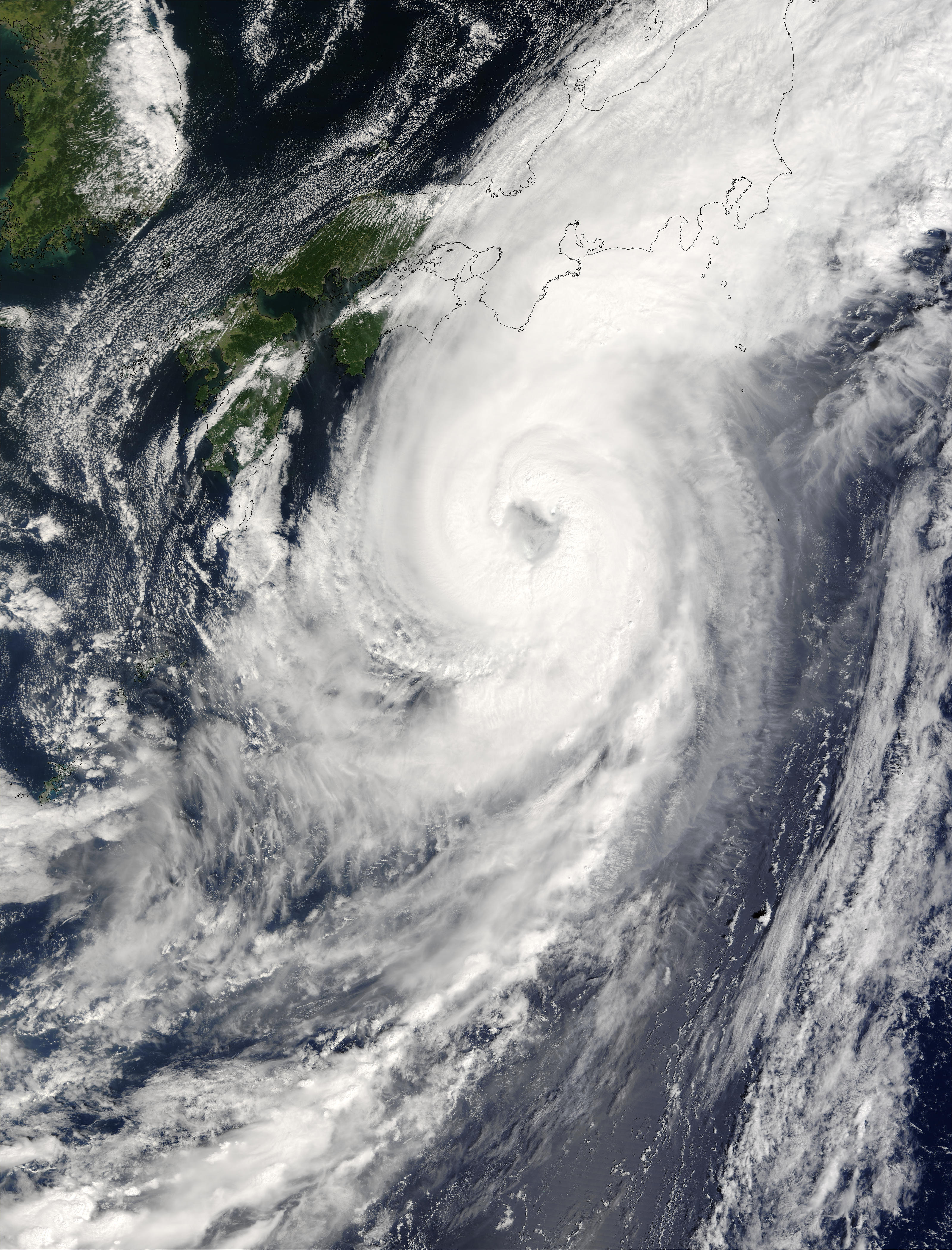 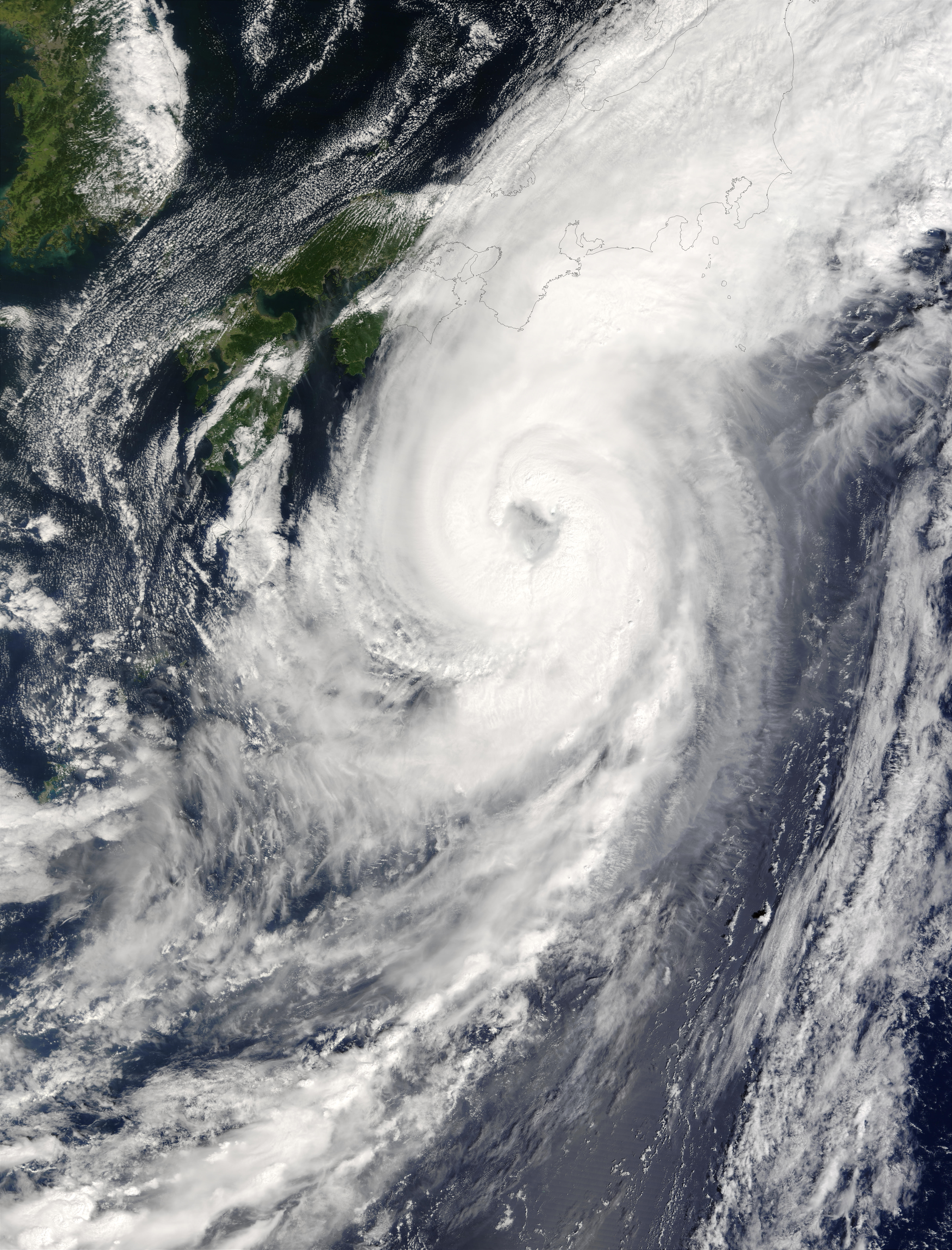 This true-color image shows Typhoon Choi-Wan about 490 miles southwest of Tokyo, Japan on September 21, 2003. Though Tokyo was braced for the storm, Choi-Wan turned east to skirt the edge of the island. The news reported little damage from the storm's rains and 78 mile-per-hour winds. “Choi-wan” is Cantonese for “colorful clouds.”