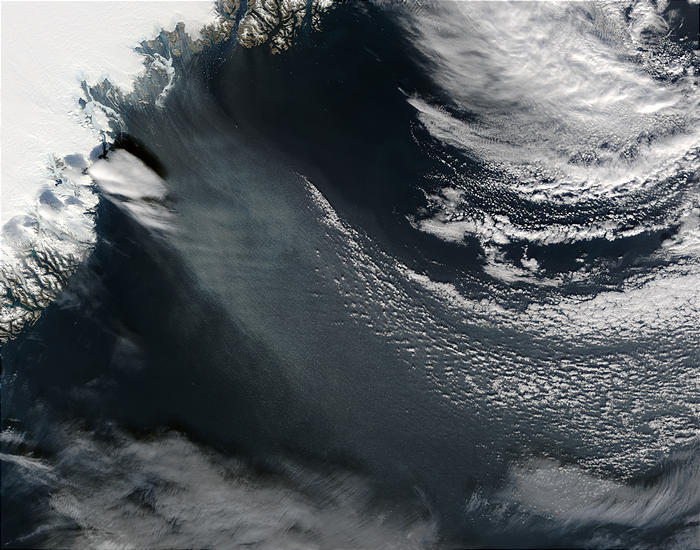 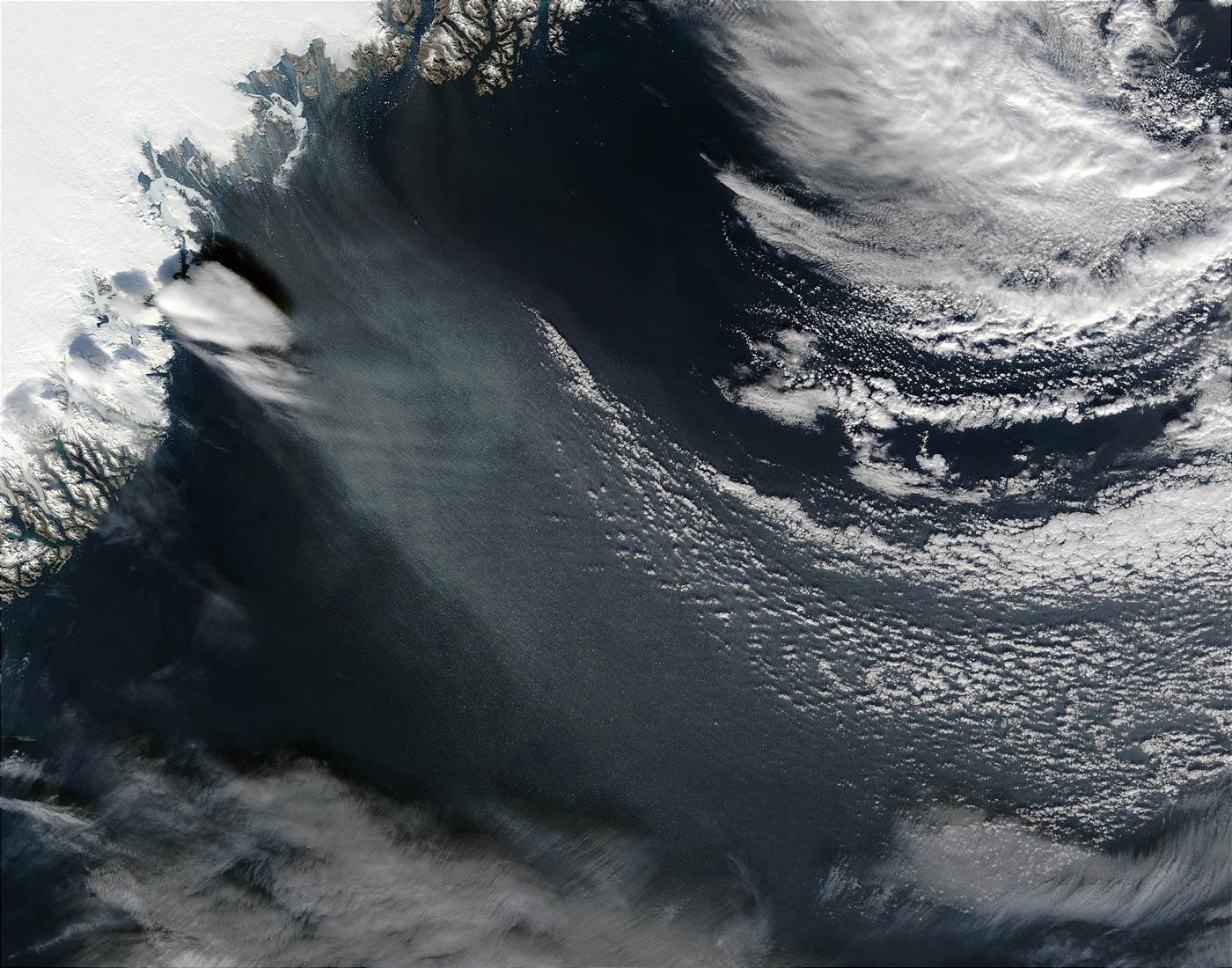 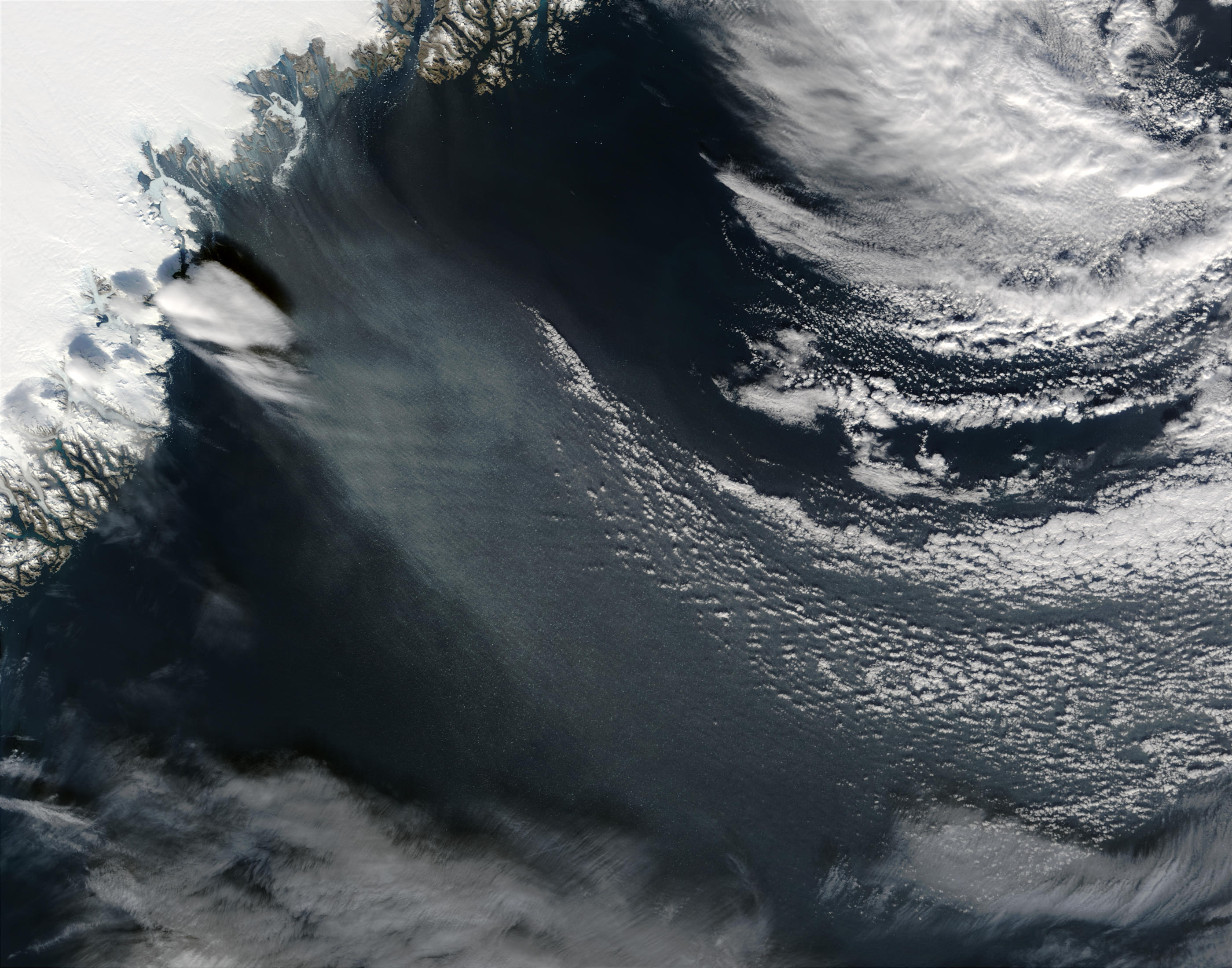 Hurricane force winds blow off the east coast of Greenland in this Moderate Resolution Imaging Spectroradiometer (MODIS) image captured by NASA´s Terra satellite on September 20, 2003. The image shows a strong low level wind that is blowing out from the icecap and is being channeled by the topography of the ice. What looks like a streamer of snow is probably the surface of the sea reacting to the strong winds, because snow evaporates quickly in the dry arctic air. Further evidence that the streamer is on the sea´s surface comes from the shadows that the clouds at sea cast on it. The threadlike structures near the coast are likely made by blowing snow or sea foam.

Hurricane-force winds are not uncommon in the area. They often occur when there are no clouds over Greenland. The air closest to Greenland's icecap cools off rapidly while the layer of air above it stays warm, so the temperature actually increases with height. Near the coast, air in the valleys is warmed by the sea. Gravity pulls the cooler air down into the valleys, which sets up a strong wind blowing from the west-northwest. The local name for the winds is “piteraq.” They rarely reach as far north as the city of Ammassalik (also known as Tasiilaq) on Geenland's southeast coast, but when they do, they can cause severe damage. The Danish Meteorological Institute issues special piteraq warnings.

Leif Rasmussen, the retired weather forecaster who noticed the wind pattern in this image, reports that he has never seen a low-level outflow pattern as distinct as the one in this image.