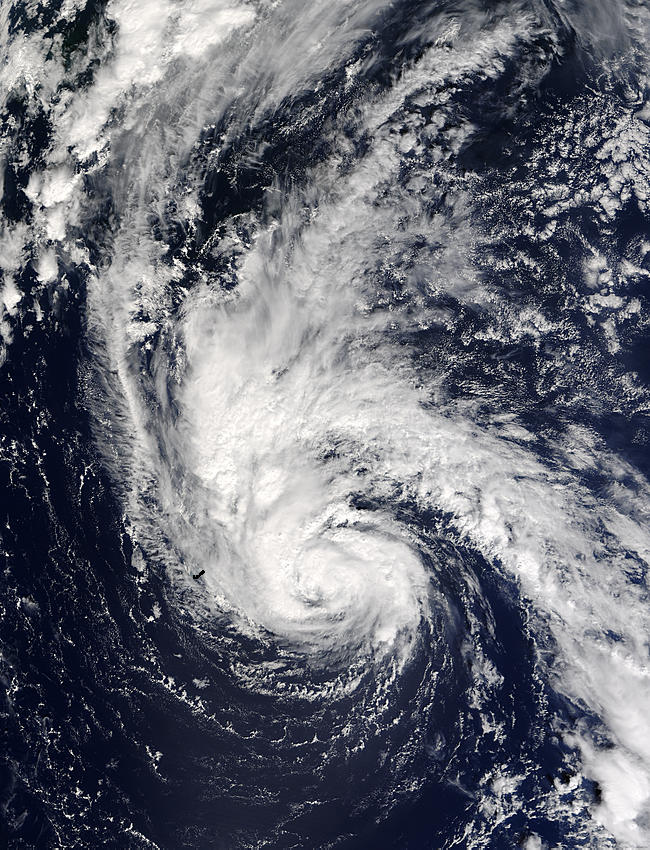 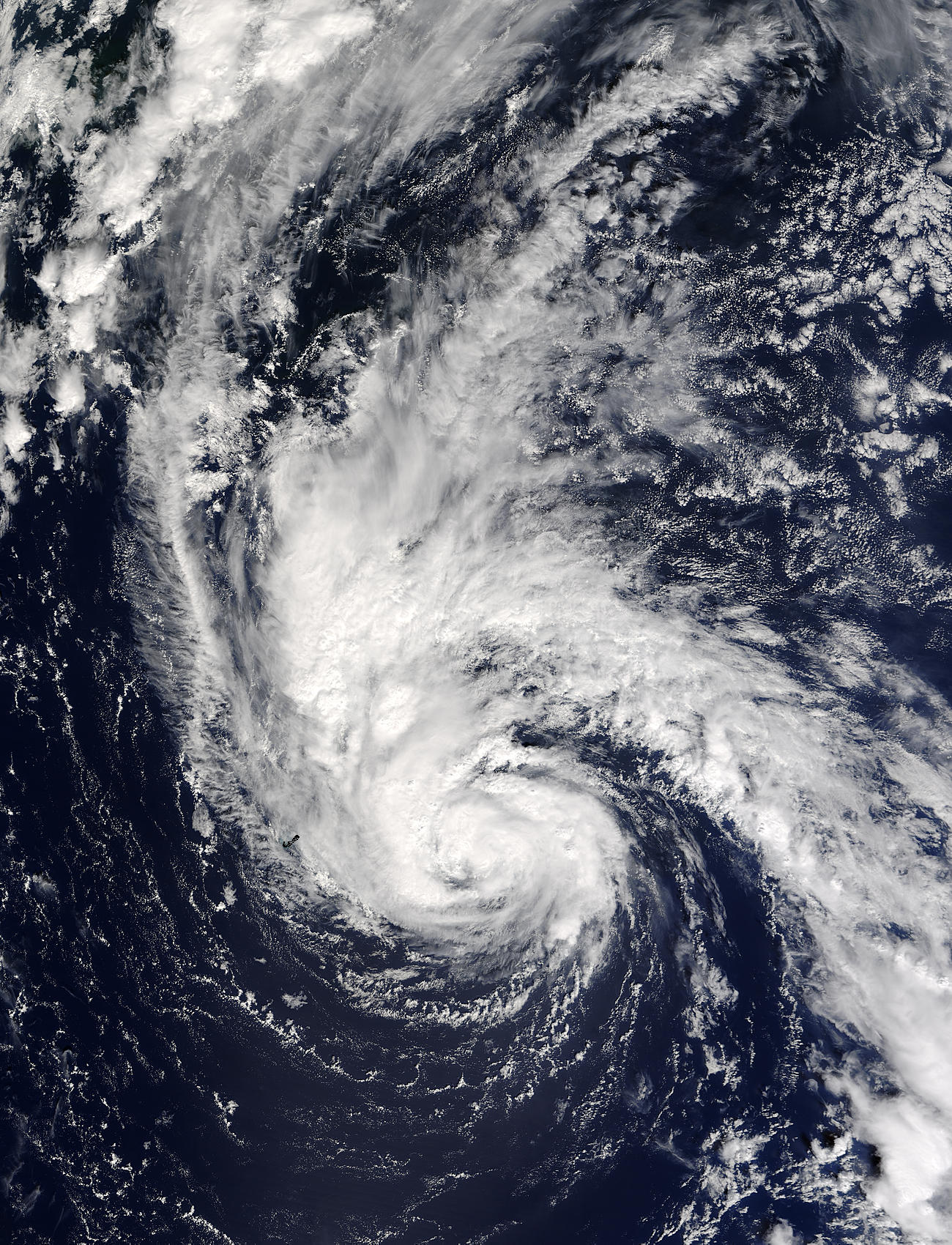 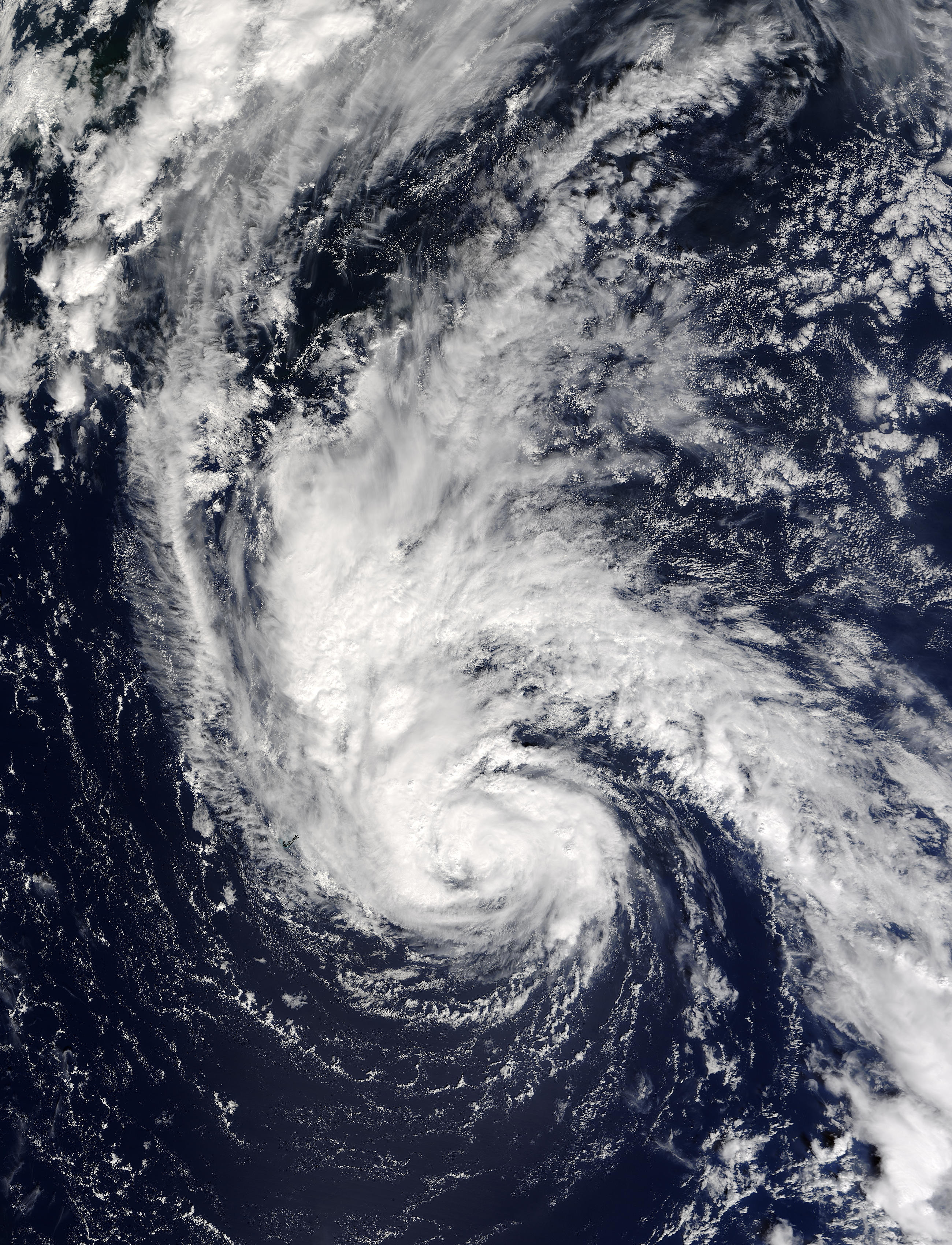 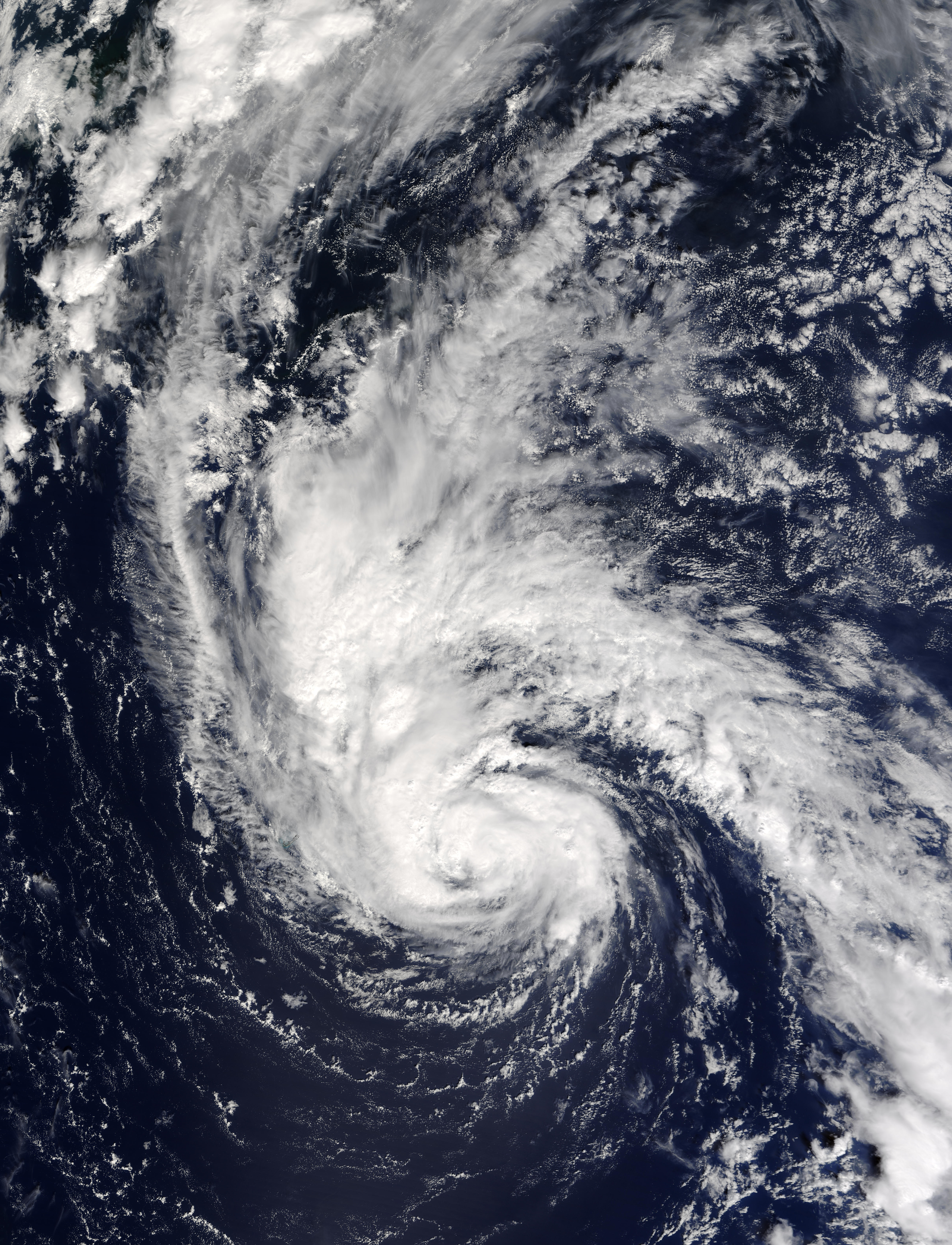 The Moderate Resolution Imaging Spectroradiometer (MODIS) on NASA's Terra satellite captured this image of Hurricane Juan just moments after it was declared the fifth hurricane of the season on September 26, 2003. At the time, Juan was about 160 miles east of Bermuda, and moving north at 8 miles per hour. Though Bermuda was affected by the storm, it escaped the worst of the hurricane's 75 mile-per-hour winds.