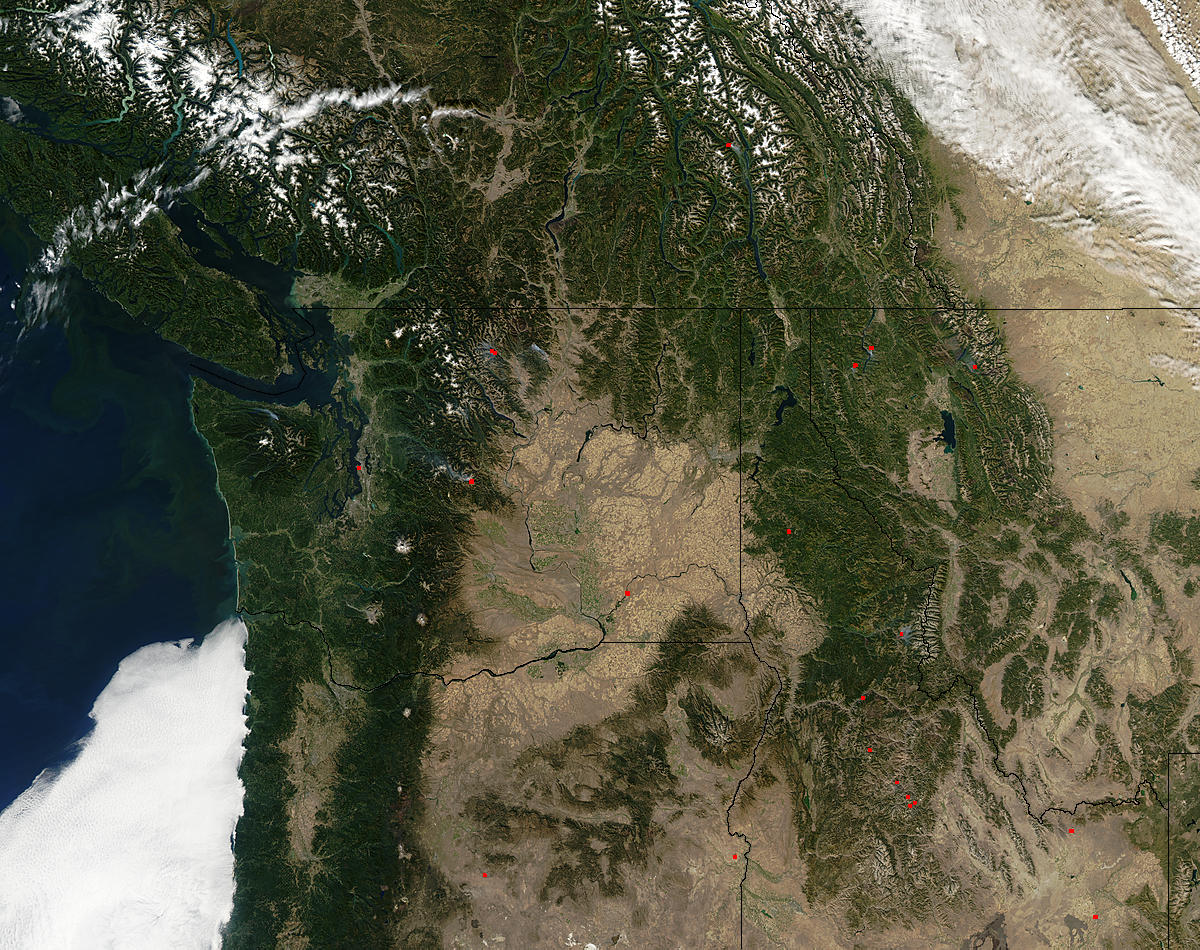 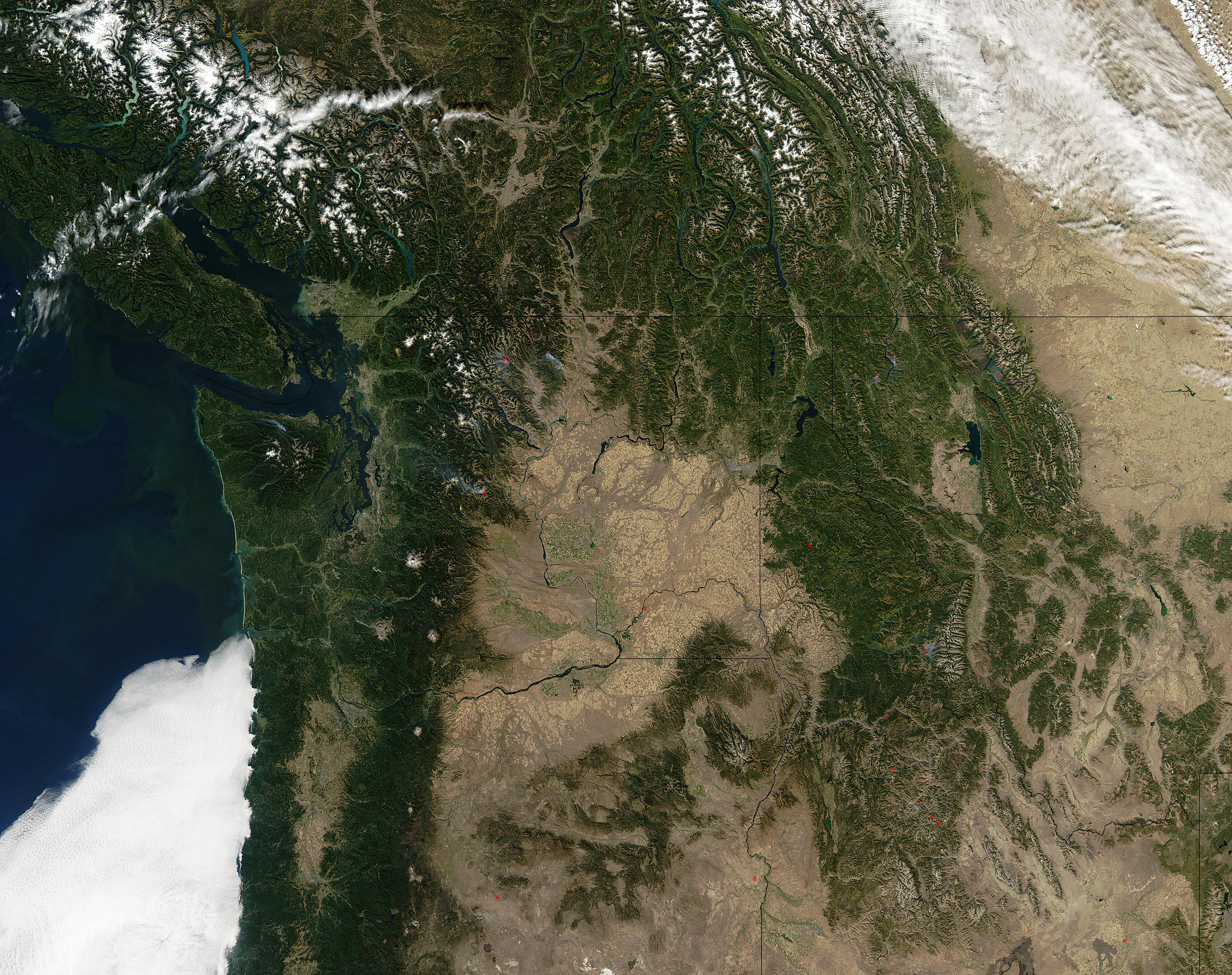 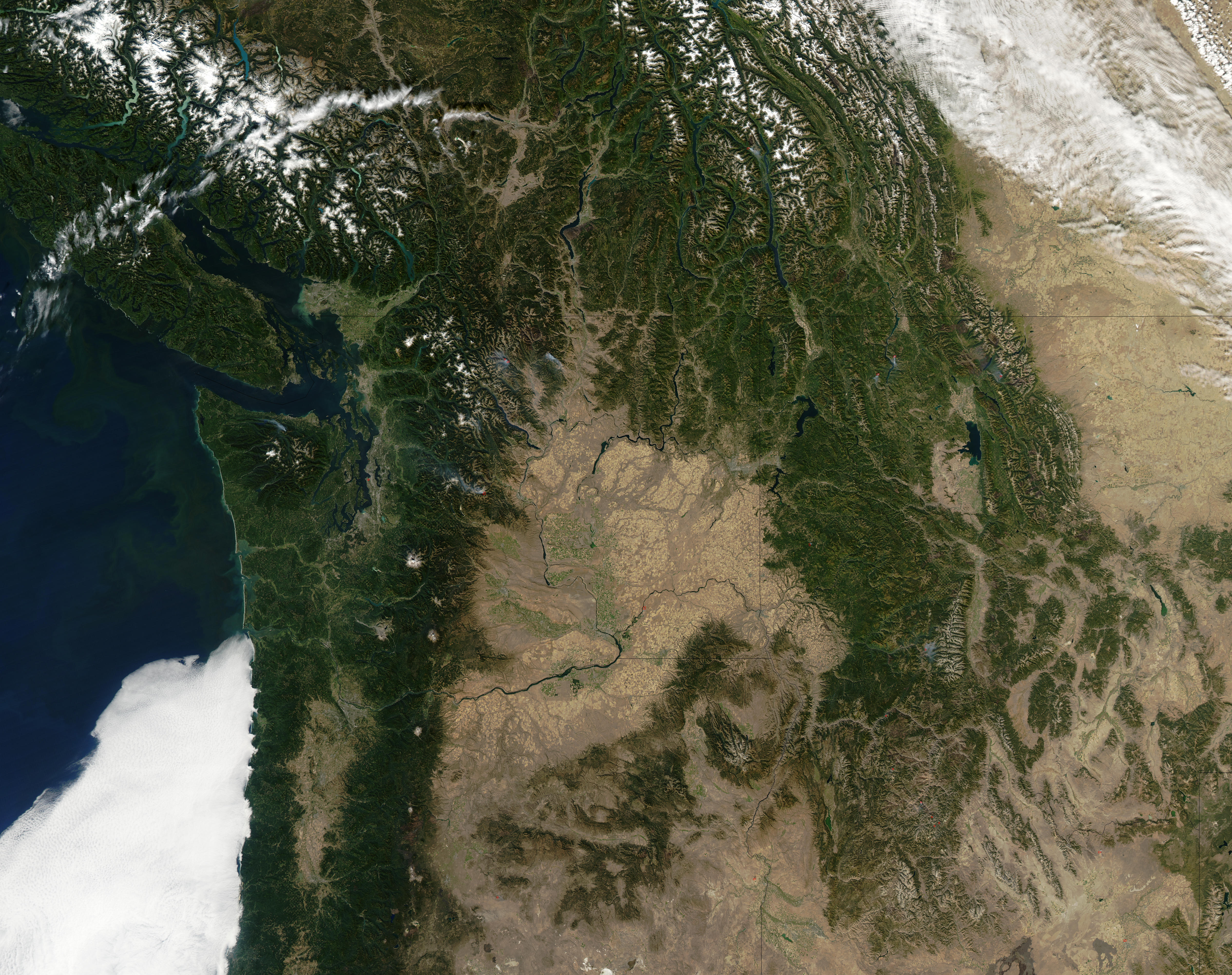 This true-color Moderate Resolution Imaging Spectroradiometer (MODIS) image clearly shows the division between the Pacific Northwest´s lush, forested western coast and its arid eastern plains. The dividing line is the rugged Cascade Mountain Range, the crowning jewel of which is the snow-capped Mount Rainier. At 4,392 meters in elevation, Mount Rainier's volcanic peak towers 1.5 miles above the surrounding mountains and is the prominent feature of the skyline for miles.

Mount Rainier is just one of a string of active volcanoes along the western rim of the Pacific “Ring of Fire.” Seen as tan and white dots against the green of the surrounding mountains in this image, the volcanoes stretch down the center of the Cascade Mountains. Mount St. Helens, to the southwest of Mount Rainier, lacks a clearly defined peak as a result of a series of violent eruptions starting on May 18, 1980. Directly to the east of Mount St. Helens is Mount Adams, and to the south is Mount Hood.

Irrigated farmland in eastern Washington (top left) and Oregon (bottom left) form patches of green and gold against the brownish-red of the land. Traces of the summer´s fires, seen as red dots in the image, remain in the mountains of Idaho (center right), Montana (far right), and British Colombia (top). A few fires also burn in Washington and Oregon.