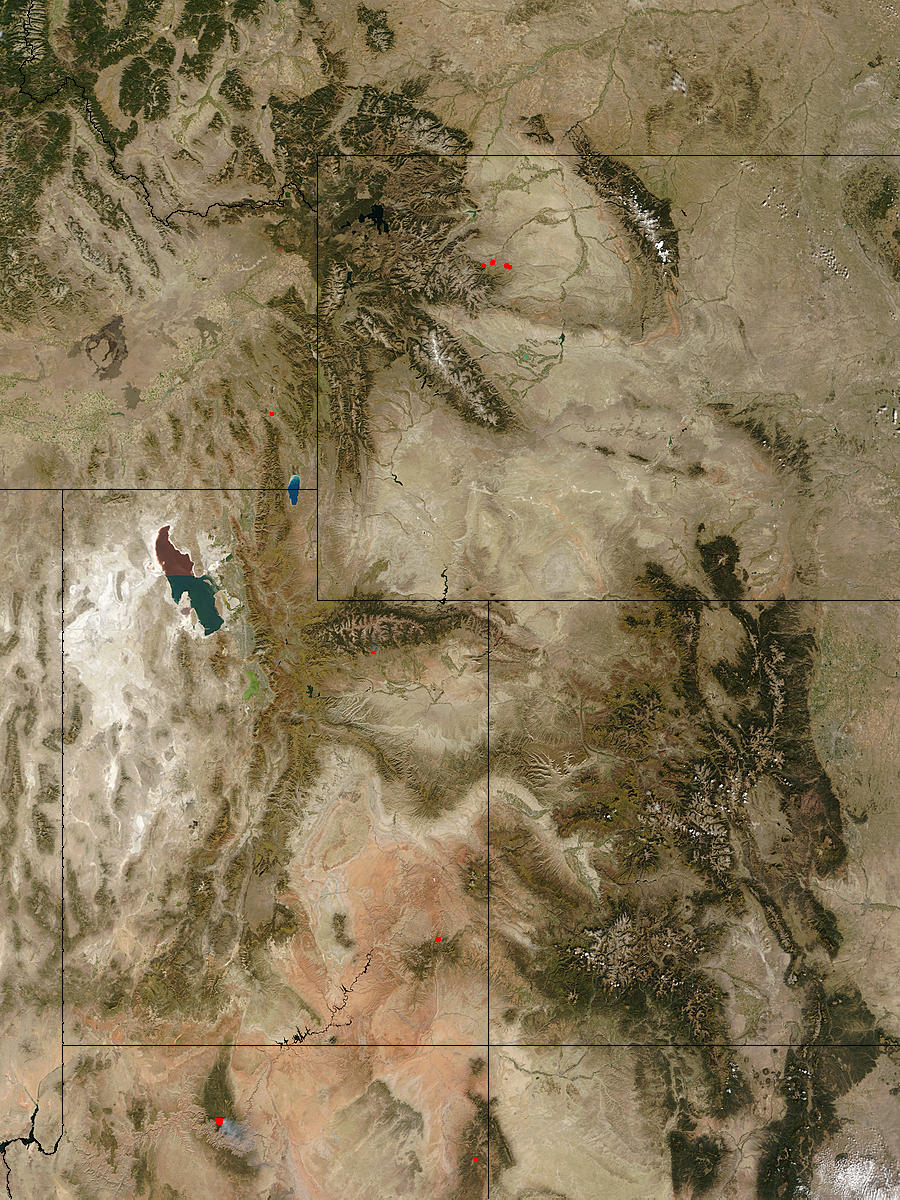 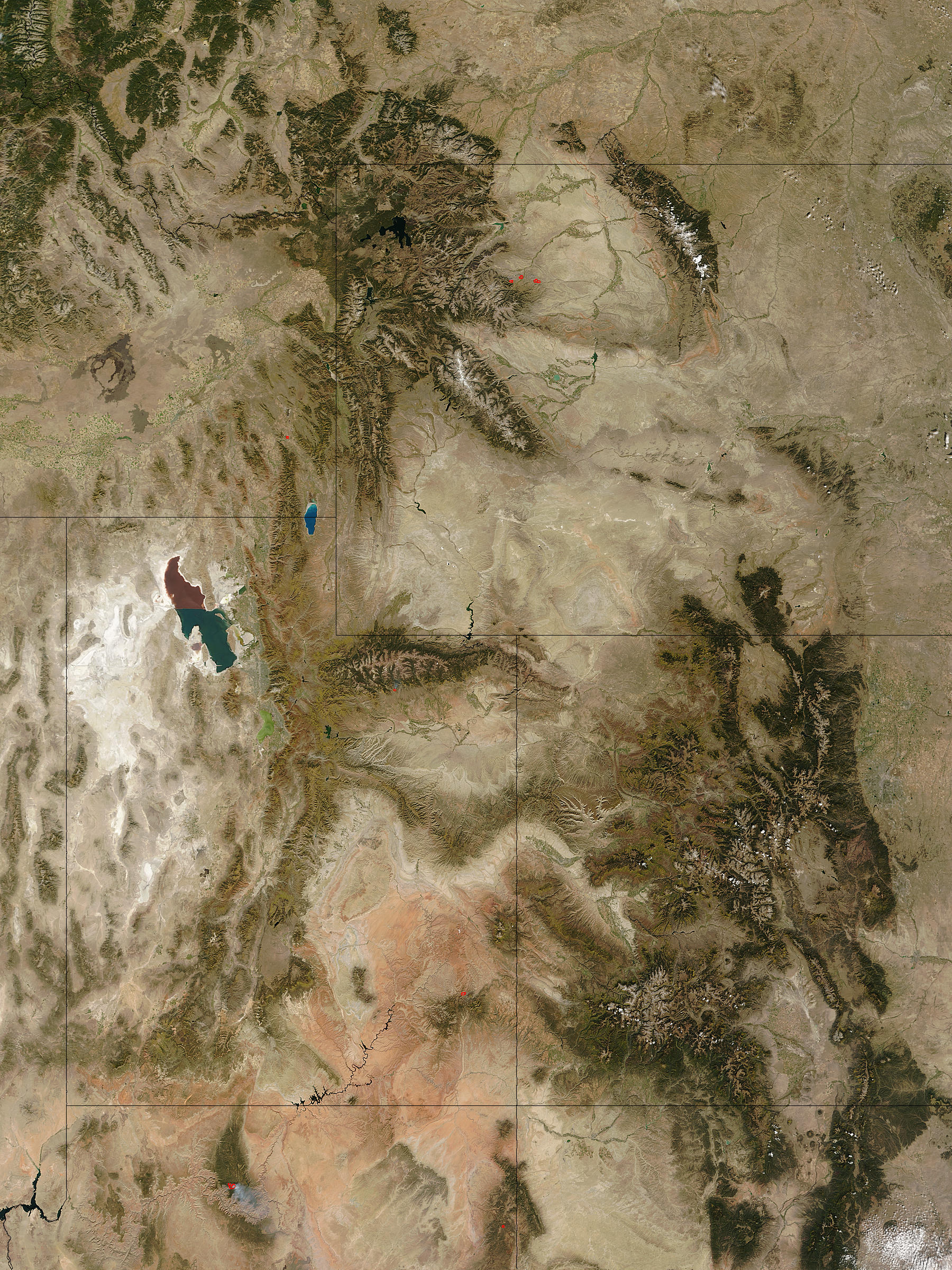 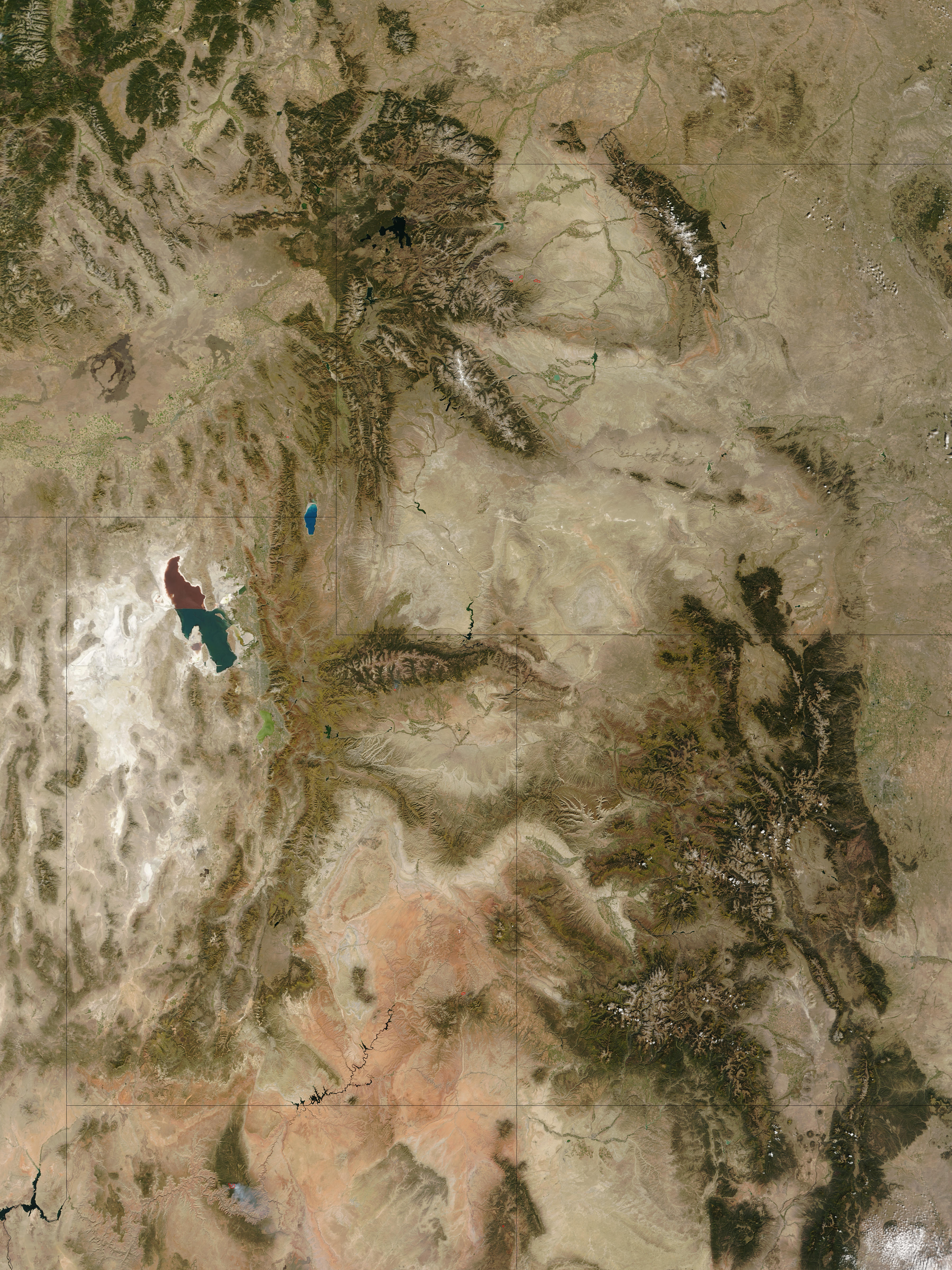 Utah's Great Salt Lake stands out at the center of this true-color Moderate Resolution Imaging Spectroradiometer (MODIS) image take on September 28,2003 by the Terra satellite. A railroad causeway divides the lake into half. Cut off from the fresh water that flows primarily into the southern half of the lake, the northern section became saltier. Eventually, a different type of algae began to grow, turning the water a dark reddish brown. (For more information, see http://edc.usgs.gov/earthshots/slow/GreatSaltLake/GreatSaltLake)

Also visible in this image is the Four Corners area, the only place where a person can be in four US states at once. Utah forms the upper left corner, Colorado is on the upper right, Arizona is on the lower left, and New Mexico stands in the lower right.