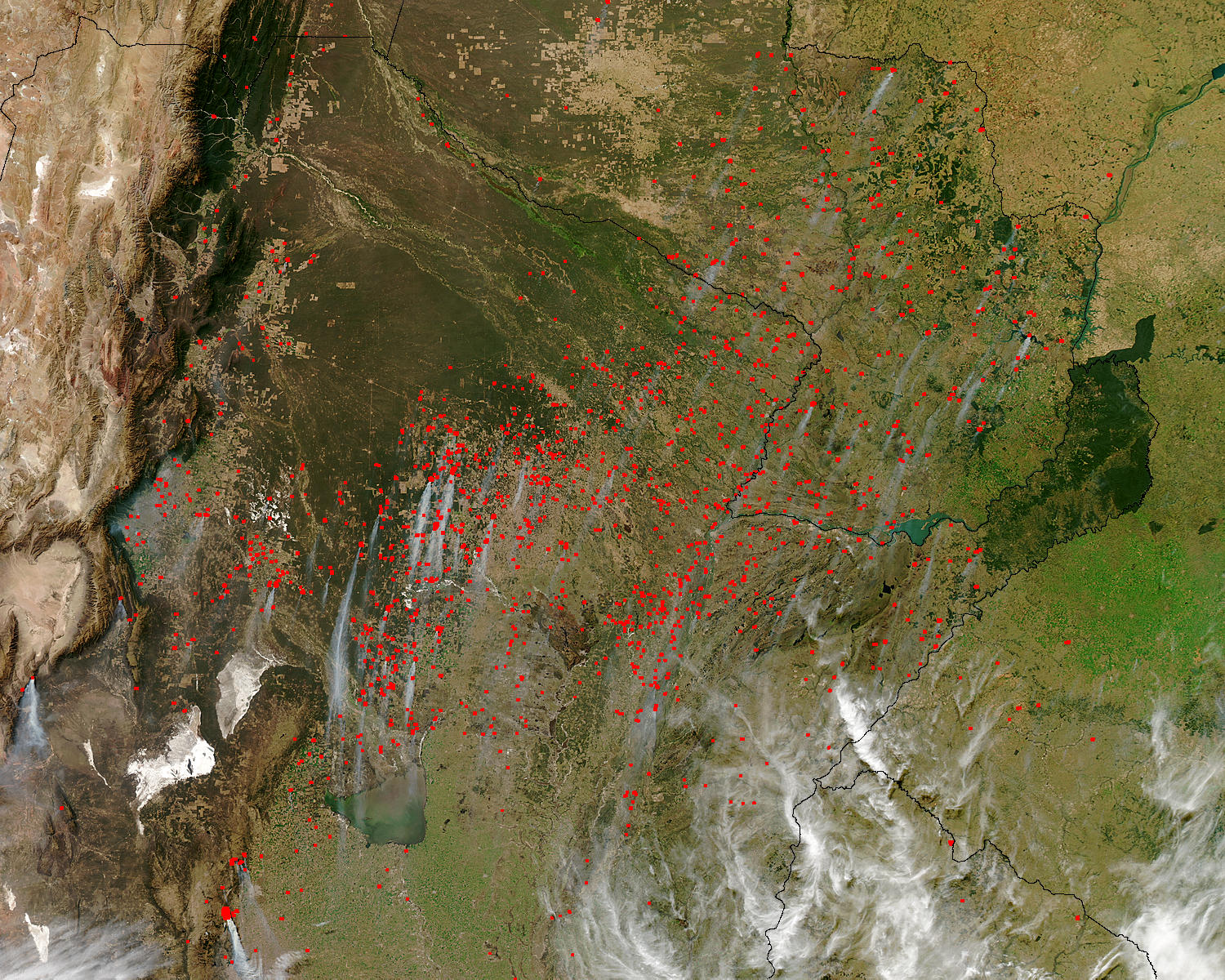 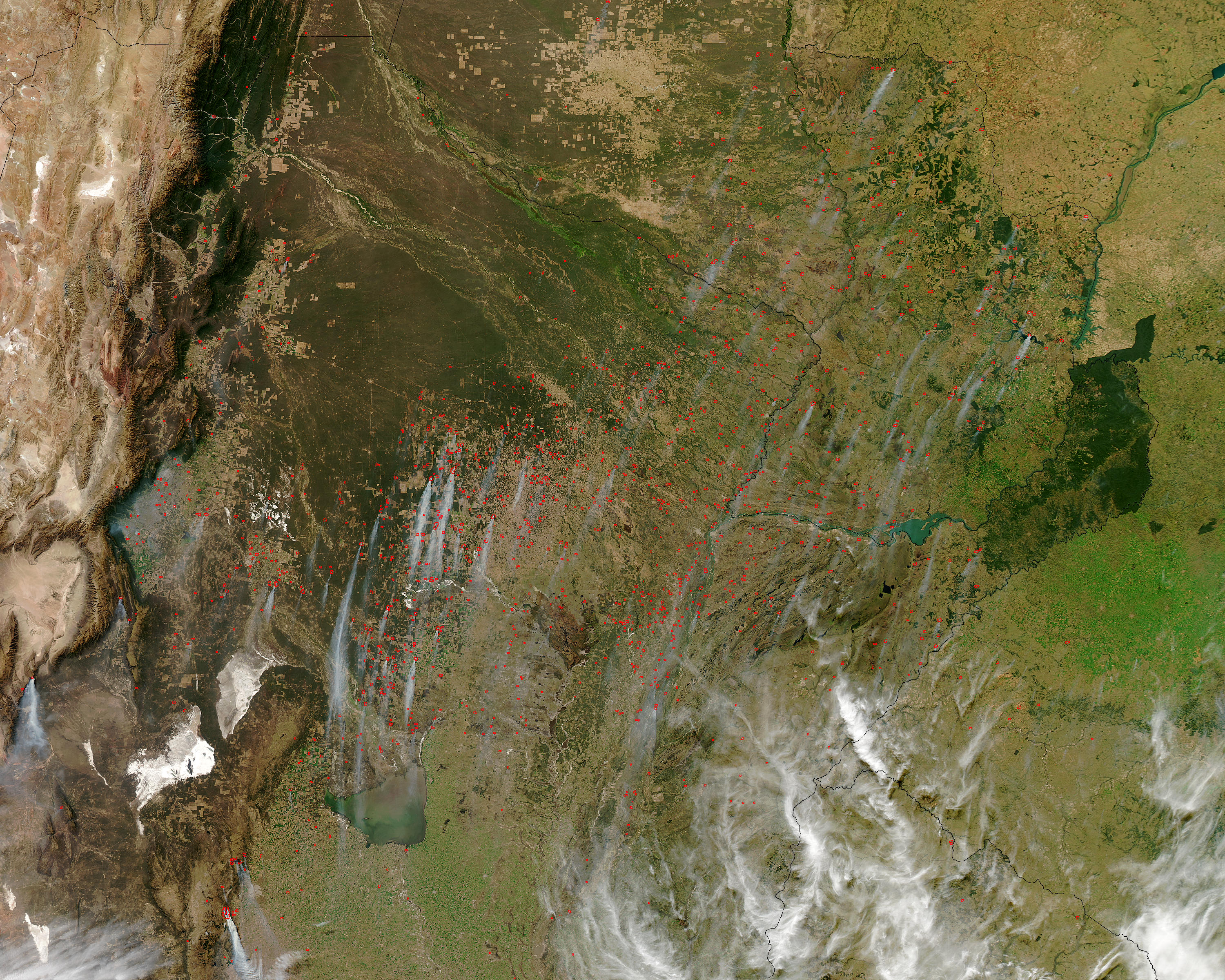 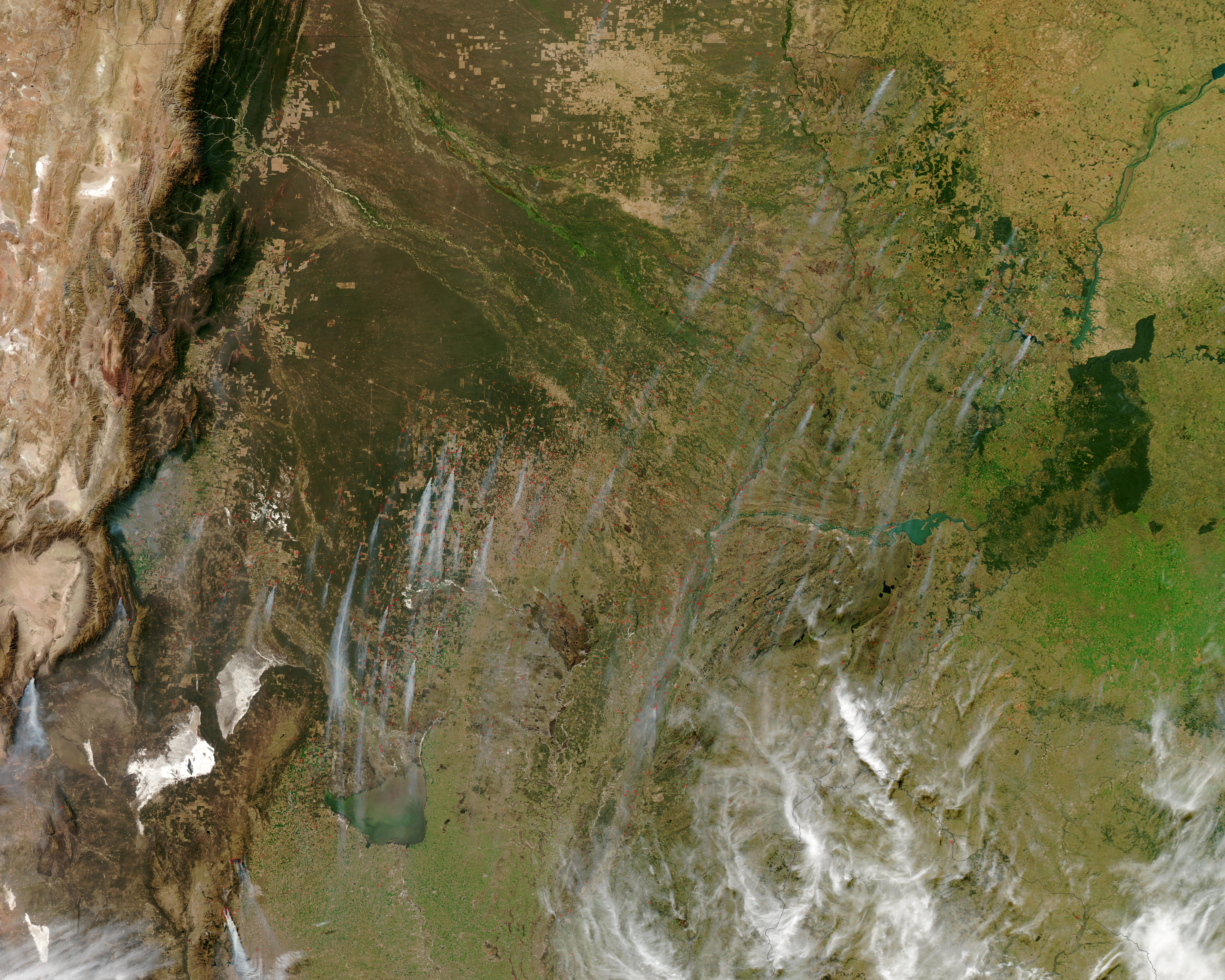 Fires across Paraguay and Northern Argentina

Southern-blowing winds carry ribbons of white smoke across northern Argentina and Paraguay, as shown in this true-color Aqua MODIS image from August 18, 2003. The source of the smoke are fires, marked in red, scattered throughout the green and brown landscape. Brown squares scattered throughout the scene in Paraguay (top right) and Argentina show where the land has been cleared. Fires are a common method of clearing land all over the world.

Running southwest along the left side of the image are the Andes Mountains. This massive mountain range runs the length of South America through seven countries - starting in Venezuela and ending in Chile. Also shown in the bottom center of the image is the green-brown Lago Mar Chiquita. This lake is fed by the Dulce River, which starts in the foothills south of San Miguel de Tucaman. San Miguel de Tucaman is the city (dark gray spot) perched at the northern end of the bank of smog and smoke caught between two of the arms of the Andes.

The two large, white, vaguely triangular shapes west of Lago Mar Chiquita are large salt deserts. The northern one is called Salinas de Ambargasta, and the larger southern one is the Salinas Grandes. The white color is a result of light reflecting off the salt surface.