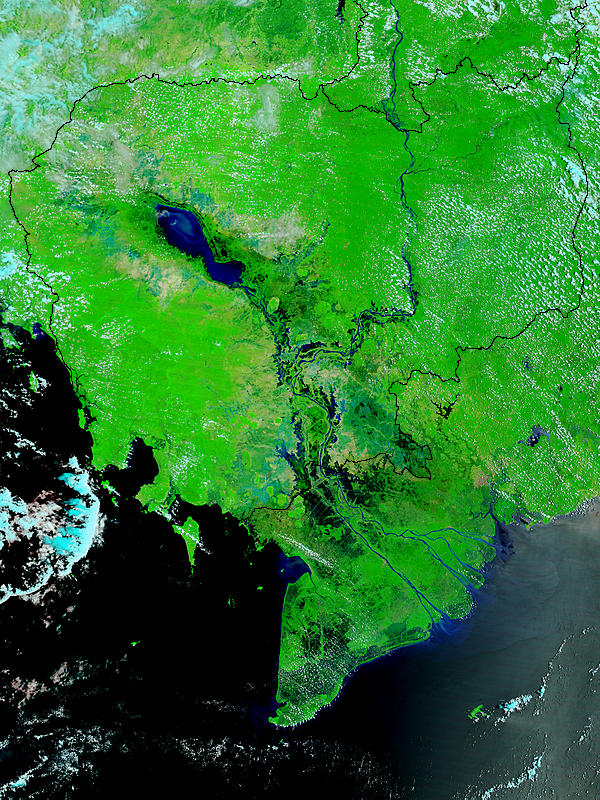 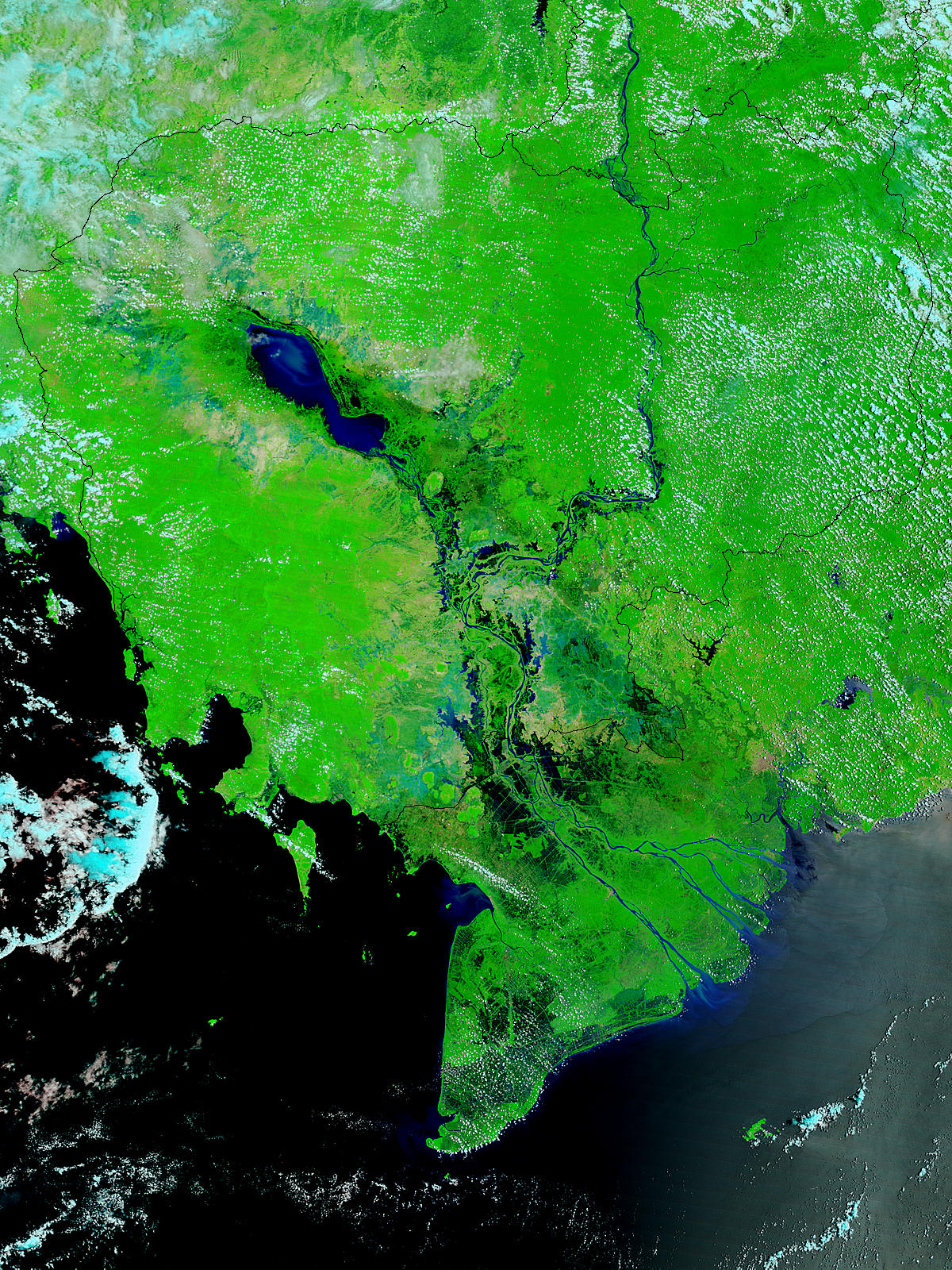 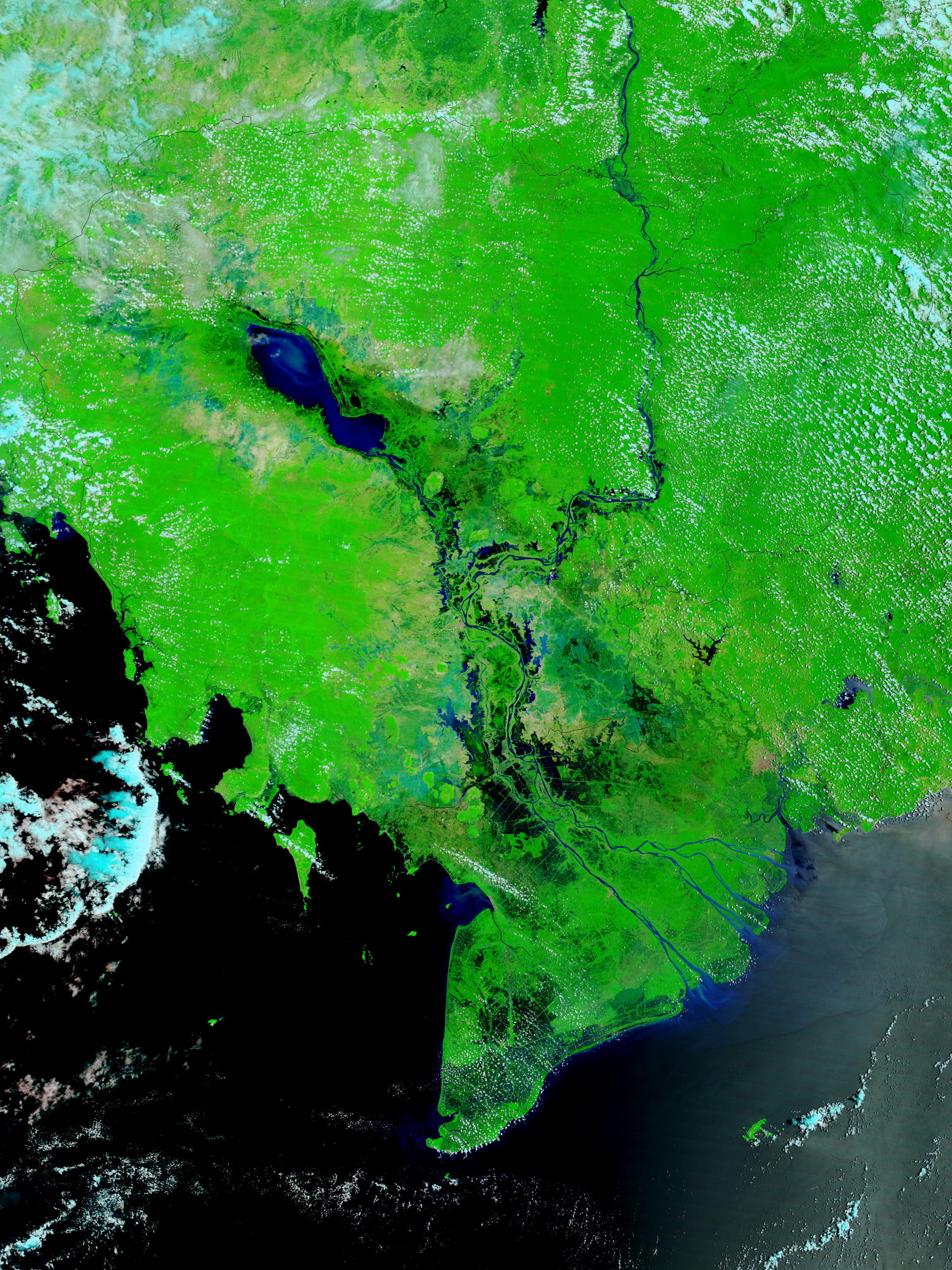 Flood waters have swollen the Tonle Sap and Mekong Delta of Cambodia and southern Vietnam, shown here in this false-color Terra MODIS image from August 27, 2003. The Tonle Sap is the large brownish-green lake in central Cambodia (upper left). It connects to the Mekong River (brown ribbon running south from the top edge) via a smaller river. The Mekong River widens out into the Delta once it crosses the border into southern Vietnam.

This year’s annual floods came at a particularly bad time. A drought hit the region during the planting season (runs from May to September), which resulted in less than half of the usual crops being planted. Then, record flooding during late August wiped out most of what was planted, leaving serious food shortages in its wake.

The capital cities of these two countries are visible under close inspection. Phnum Penh, the Cambodian capital, is a small gray dot on the Mekong about halfway between the Tonle Sap and the southern border. Ho Chi Minh (Saigon) is a larger gray dot just inland from the South China Sea, about 50 kilometers northeast of the Delta's easternmost arm, right at the edge of the scattered low clouds.