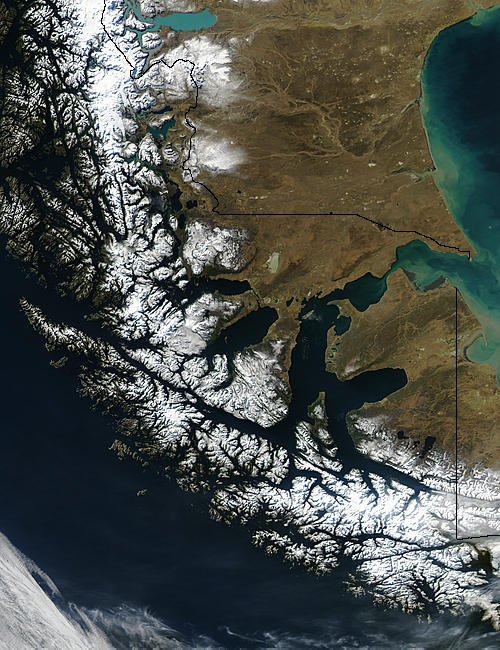 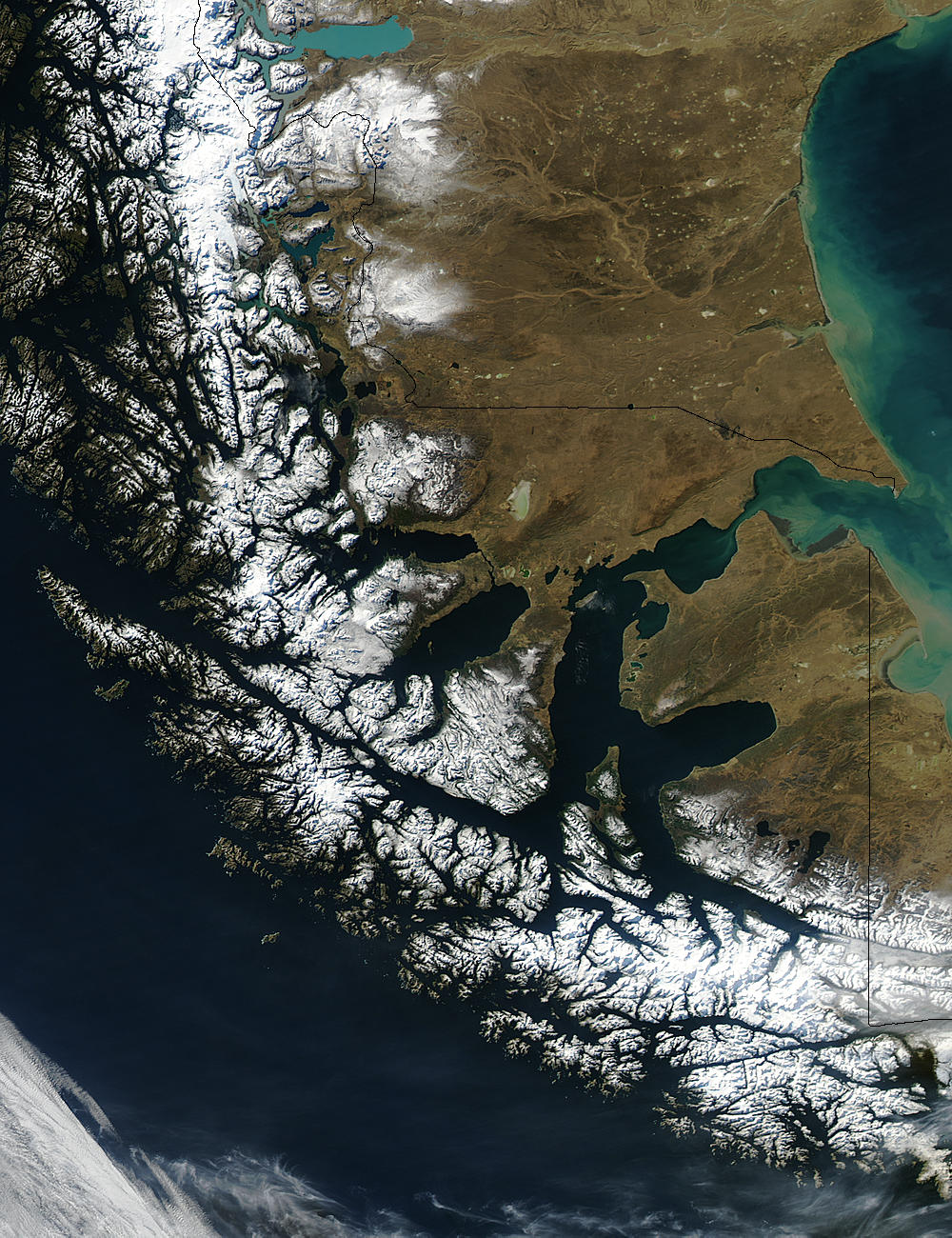 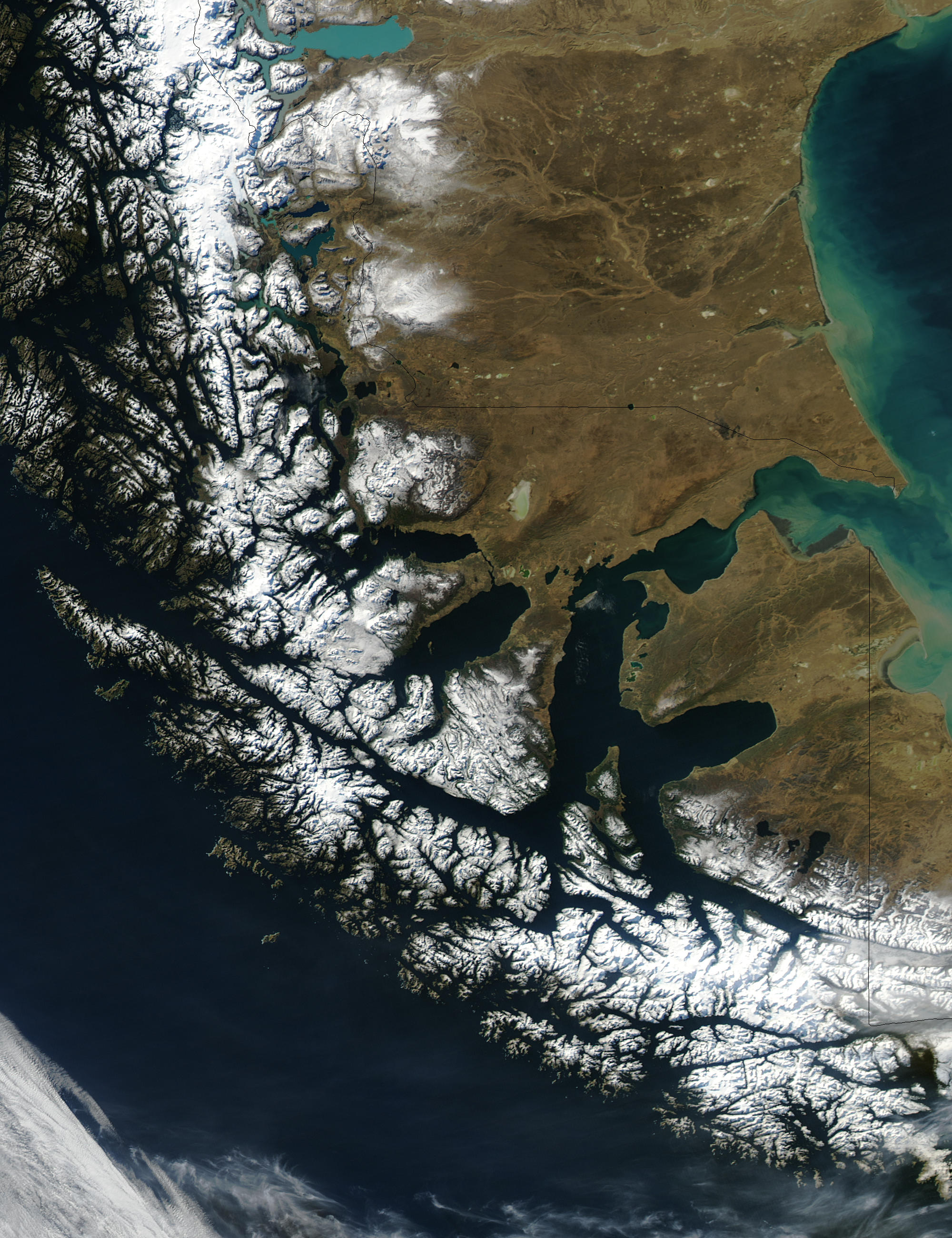 Until the Panama Canal was finished in 1914, the Strait of Magellan was the only safe way to move between the Atlantic and Pacific Oceans. Protected by the Tierra del Fuego to the south and the bulk of South America to the north, ships crossed in relative ease, removed from the dangers of Drake Passage. Drake Passage is the relatively narrow stretch of ocean separating South America from Antarctica, the waters of which are notoriously turbulent, unpredictable, and frequented by icebergs and sea ice.

In this unusually clear true-color Moderate Resolution Imaging Spectroradiometer (MODIS) image, the entire Strait is visible. The eastern opening is the wide bay on the border of Chile and Argentina. To the west, there are a number of access points from the Pacific, though the most easily seen here is the roughly 200 km stretch from the Queen Adelaide Archipelago (at center left) to the bulk of the Strait (at lower center). The islands and mountains are highlighted by bright white snow, while the lower-elevation lands to the north and east remain clear. This image was acquired by the Aqua satellite on August 27, 2003.