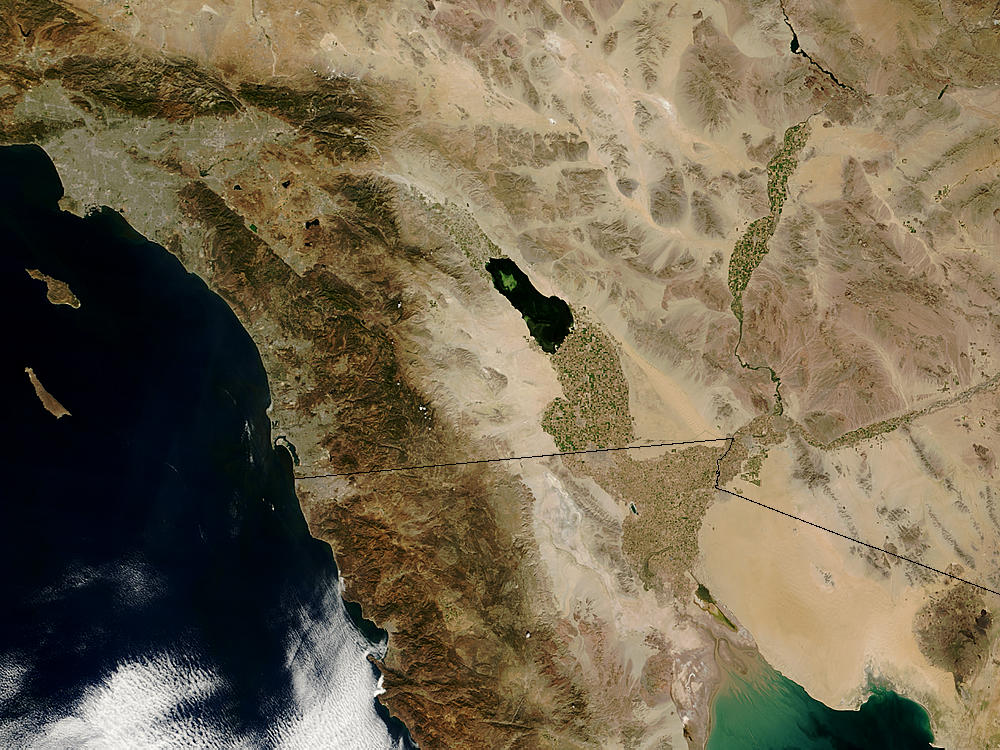 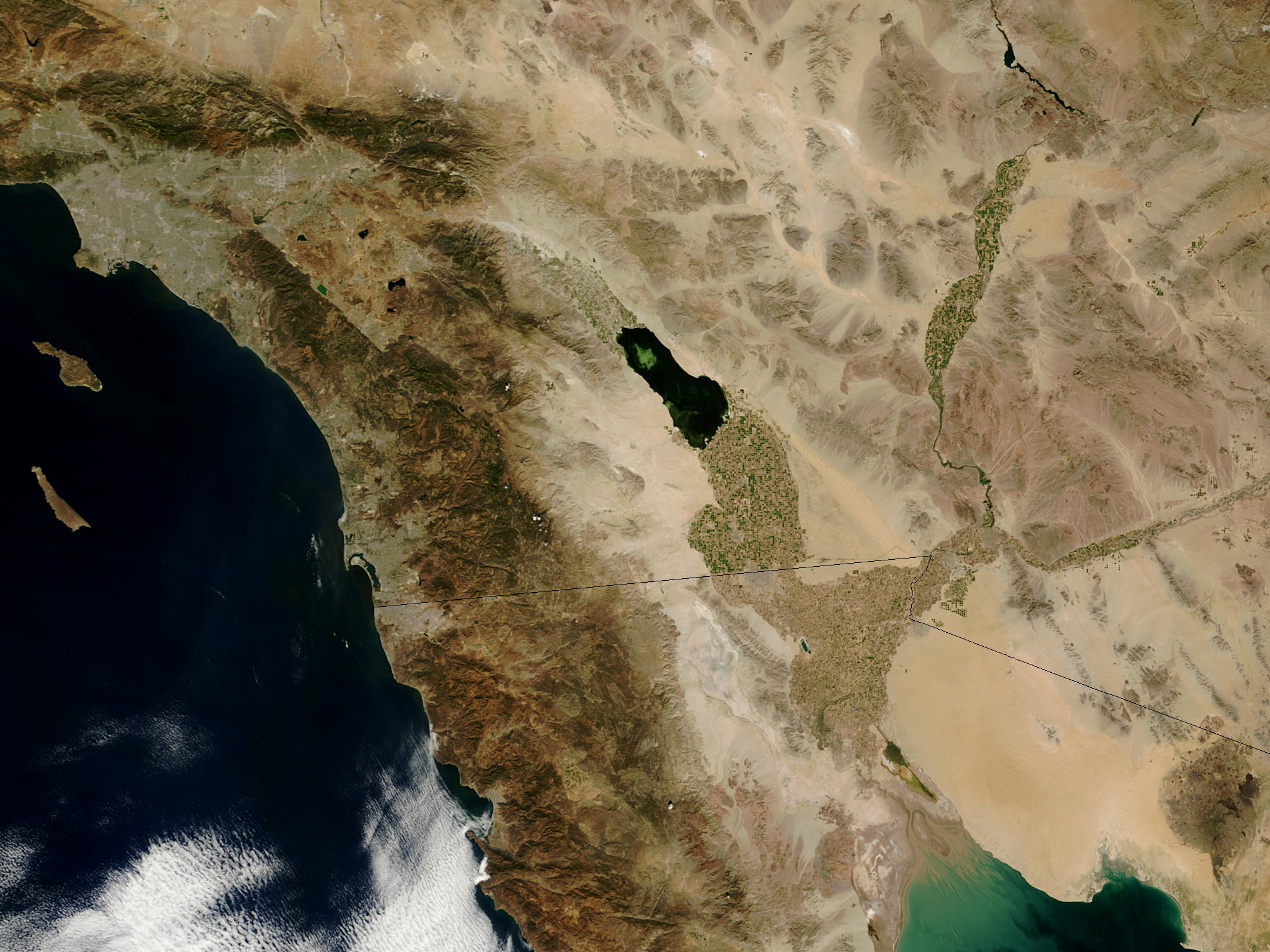 The Salton Sea, shown in this series of Moderate Resolution Imaging Spectroradiometer (MODIS) images, is California’s largest lake. The current Salton Sea formed in 1905 when an irrigation canal ruptured, diverting the Colorado River into the Salton Basin in southeastern California. The basin filled, resulting in the lake that exists today. At 227 feet below sea level, the basin has filled with flood water from the Colorado River many times in the past. Around 700 A.D., the Colorado River became clogged with silt and changed its course to flow into the Salton Basin. The lake that formed there, Lake Cahuilla, seems to have persisted until about 300 years ago. Since then, occasional lakes have filled the basin, and then evaporated away. Enriched by silt, the former lake bottom provides fertile farmland, and can be clearly seen as green against the tan of the surrounding desert in these true-color images.

Today, agricultural run-off from the Imperial, Coachella, and Mexicali Valleys supplies 90 percent of the inflow to the Sea. This water is rich with nutrients like phosphates and nitrates, which spur the growth of plants and algae in the Sea. Fish and other wildlife thrive on the veritable underwater forest that grows in the Salton Sea, but that same productivity can be lethal. Large algae blooms consume the oxygen in the lake as they die, killing large numbers of fish.

This series of MODIS images show the development and decay of several large algae blooms starting on May 28, 2003. The first bloom grows from a green fringe on the shores of the lake to a murky green swirl that covers much of the lake. Then, as the bloom dies, it fades to a dull brown, as seen on June 14, 2003. The Sea clears the next day, though traces of algae remain. Subsequent blooms develop and fade away on varying scales throughout the summer and into the autumn.