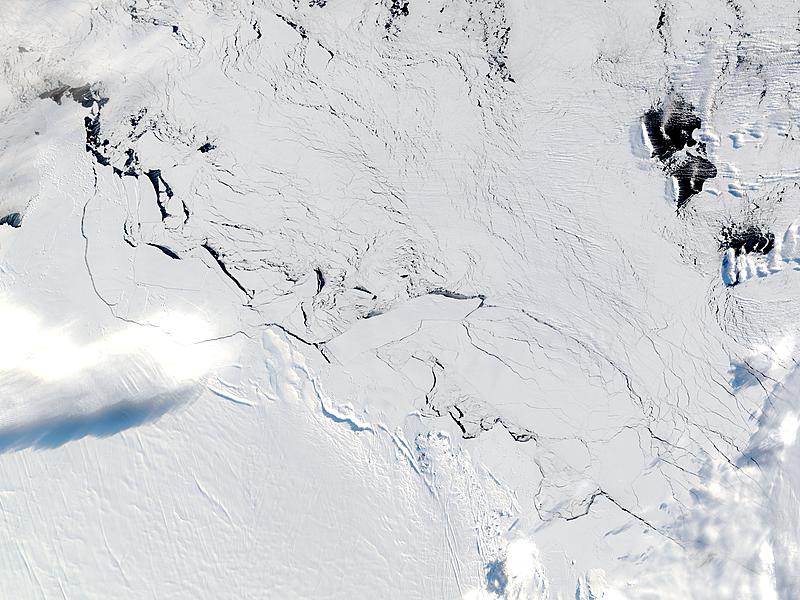 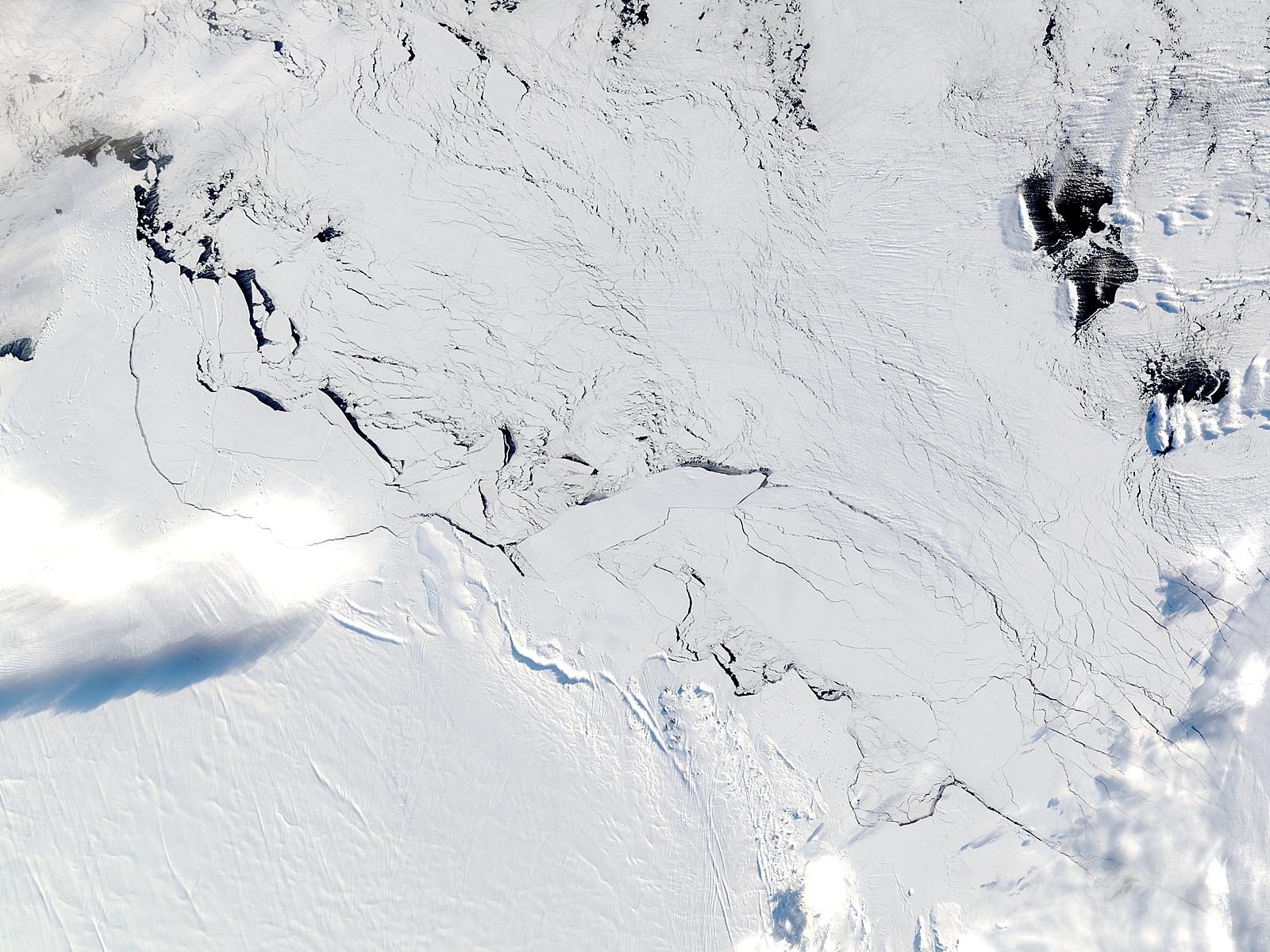 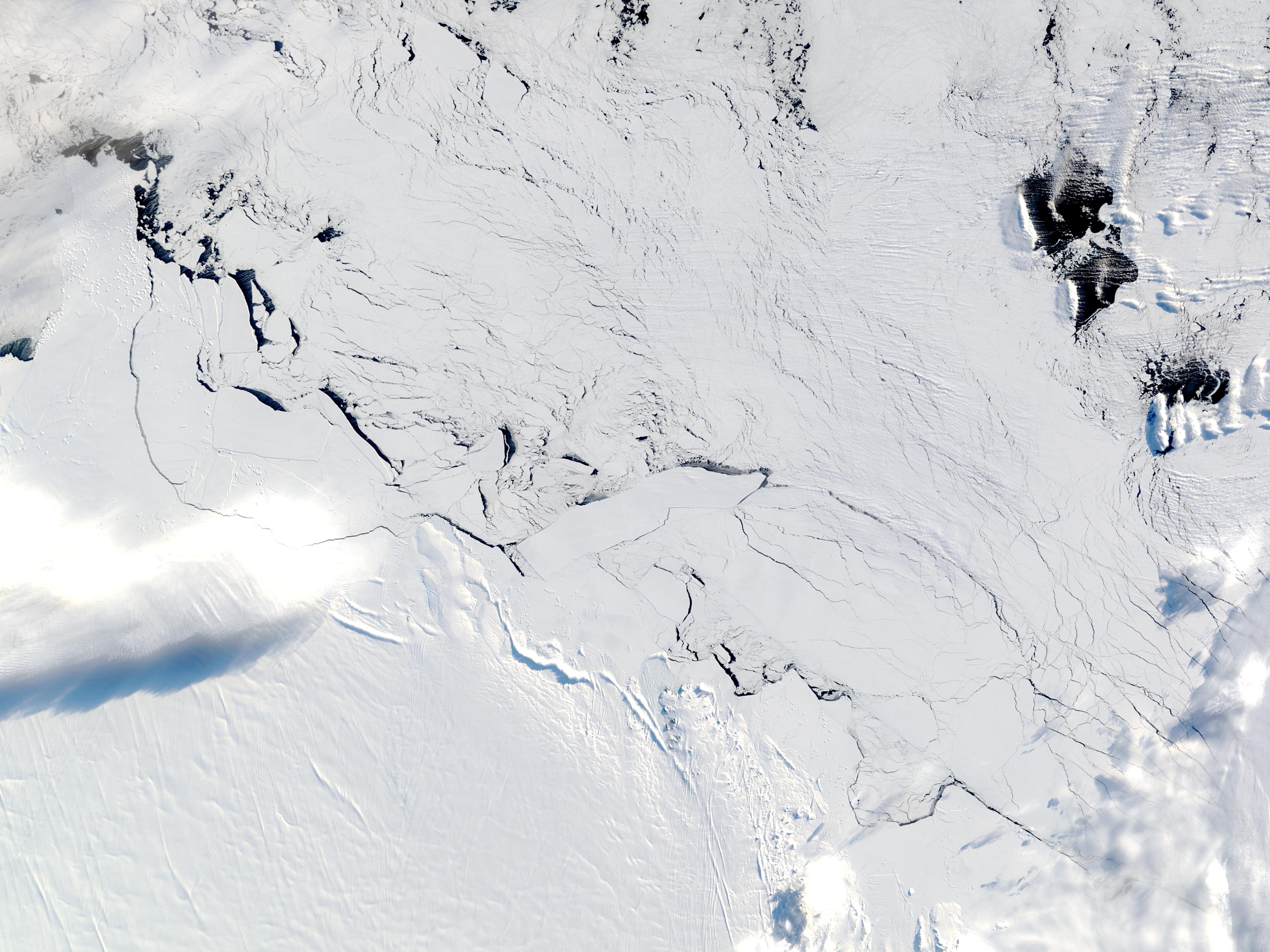 C-19 icebergs trapped in the ice off Mawson Peninsula, Antarctica