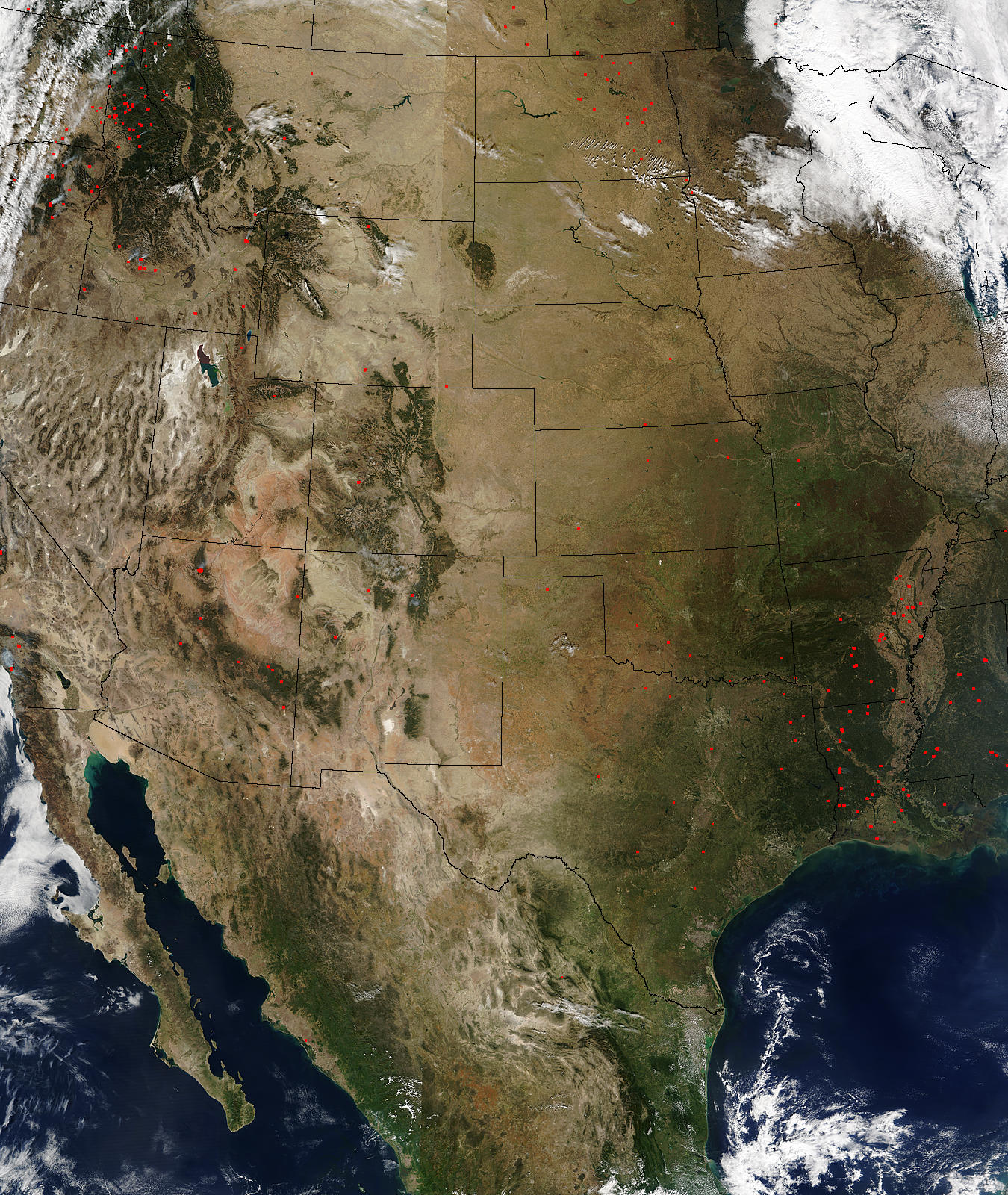 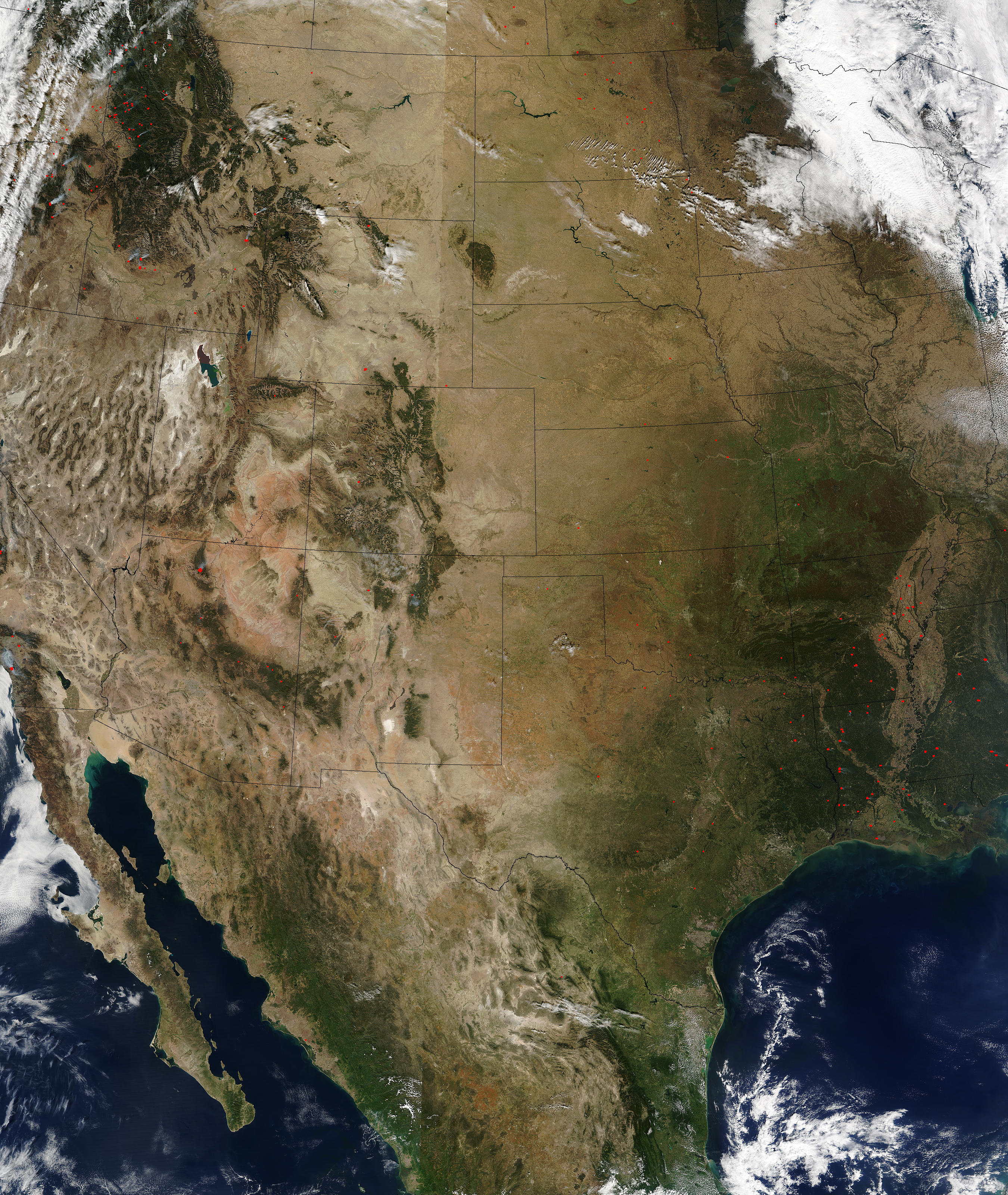 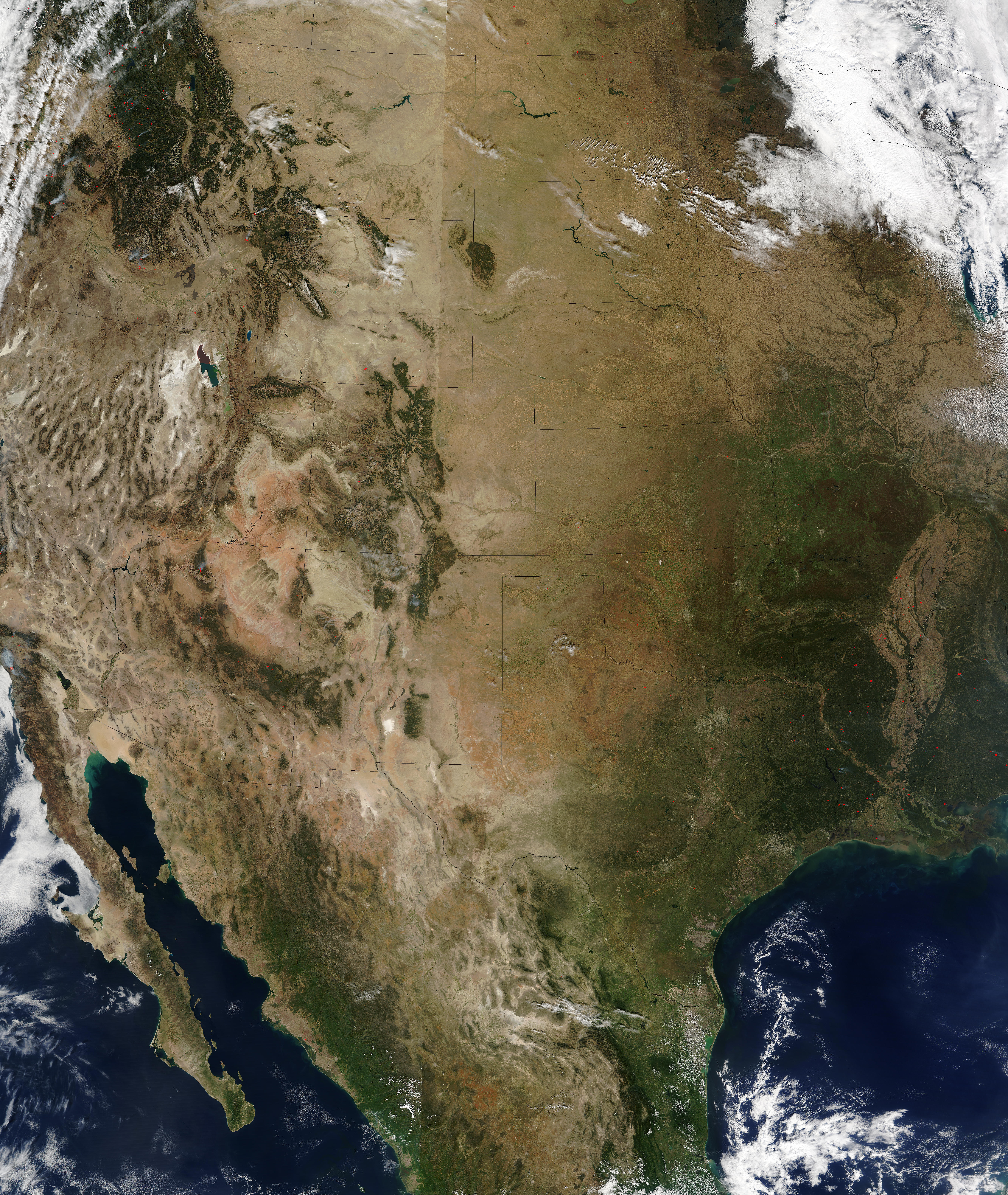 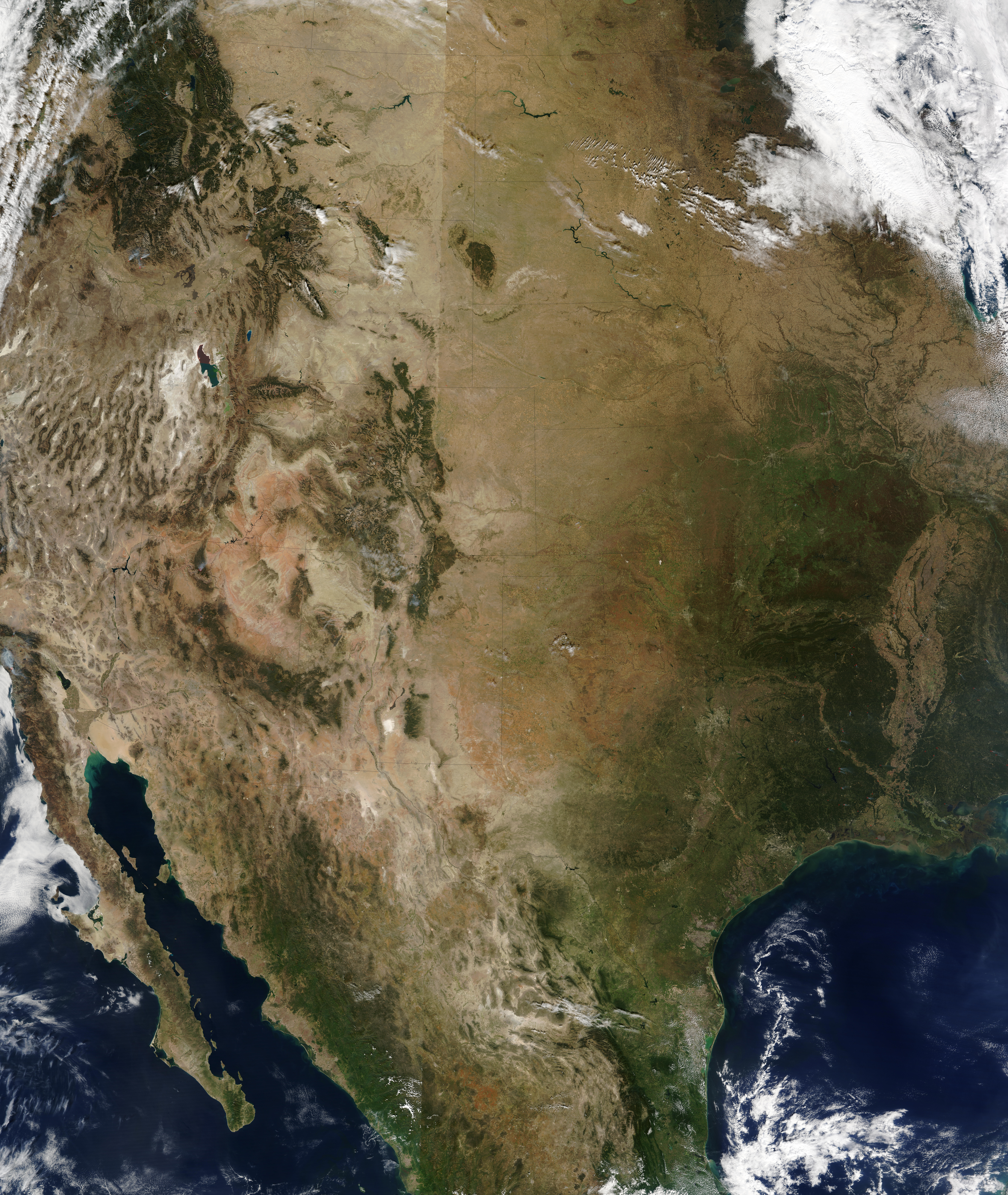 Several geographic regions are experiencing fires, which were detected by the sensors and are marked with red dots. At upper left, fires are still burning across the Northern Rockies; the highest concentration is in Idaho, with additional fires in Montana to its east, and southeastern Washington and northeastern Oregon, to the west. In the Southwest, fires are burning in southern California near Los Angeles (gray patch right at edge of image to the north of the Baja Peninsula), as well as in the arc of mountains running through Arizona.

At top center, fires are scattered across the northern Great Plains, from North Dakota and across the United States’ border into Canada. Far to the south, dozens more fires are burning in the Mississippi River Valley in Mississippi (against right edge), Louisiana (to the west) and Arkansas (north of Louisiana).