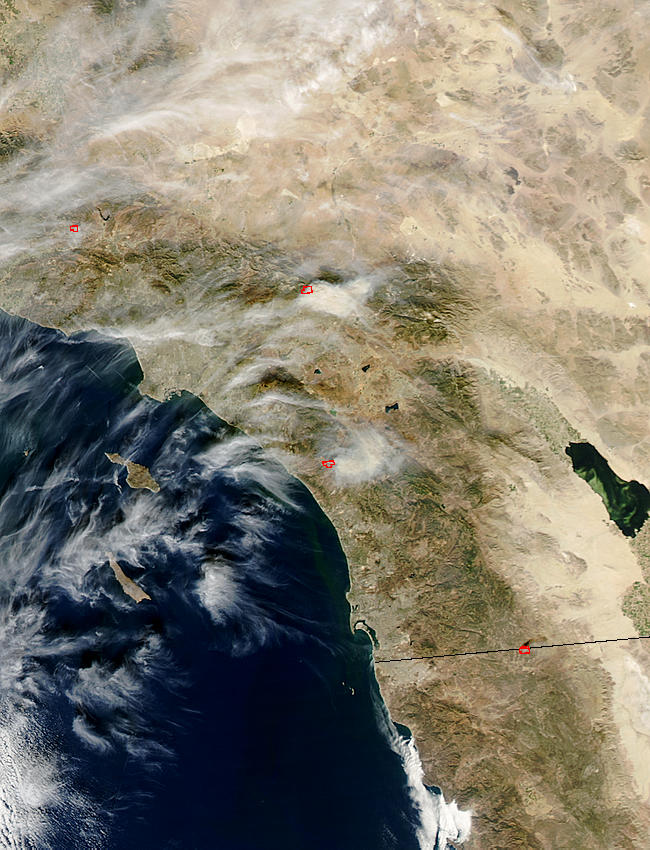 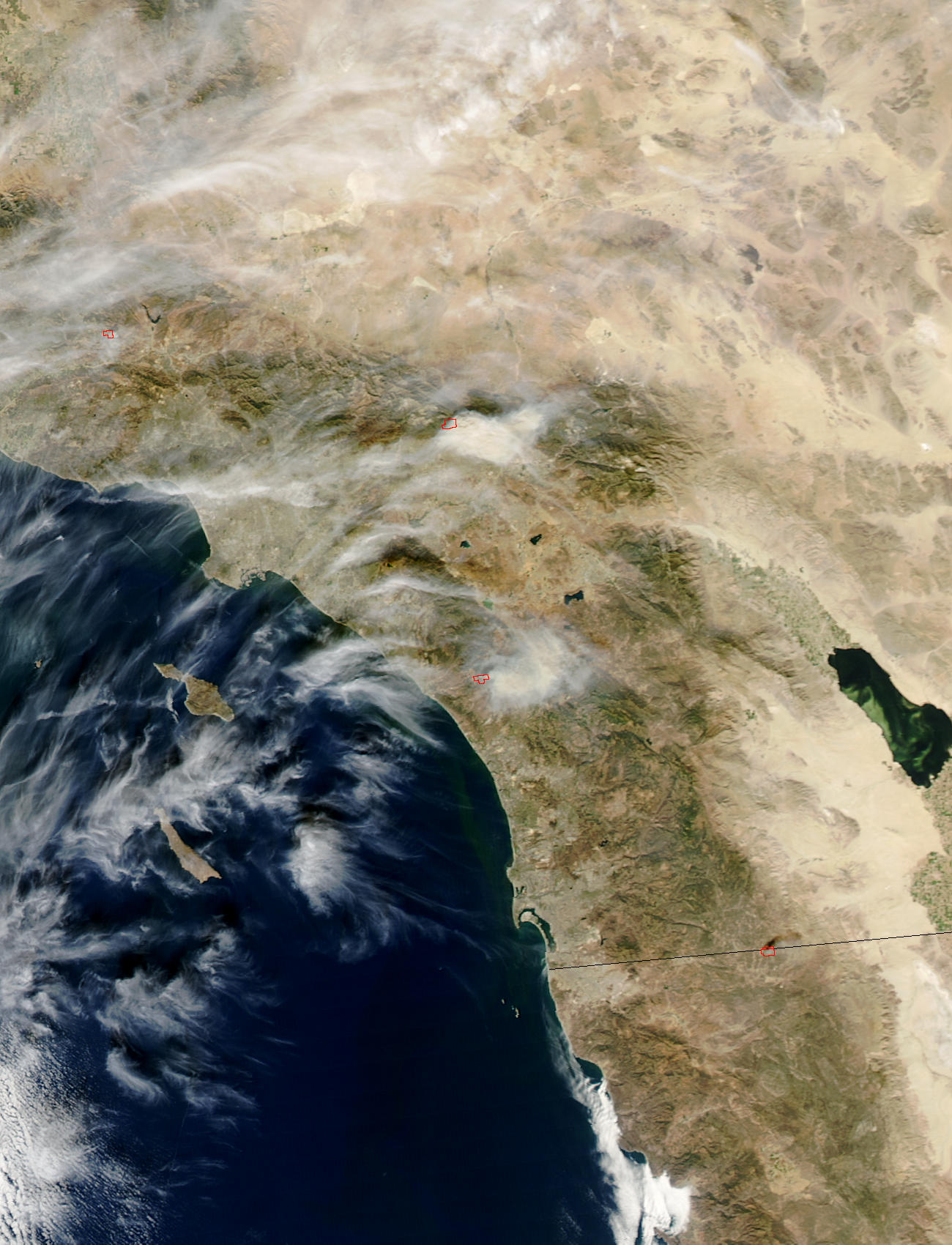 Several large fires were burning in southern California in late October 2003. The Moderate Resolution Imaging Spectroradiometer (MODIS) on the Aqua satellite captured this image of the Los Angeles region on October 23, 2003, and both the Grand Prix Fire (north of center) and the Roblar 2 Fire (south of center) are obvious in the image. Each of the fires is producing a large smoke plume. The large grayish patch along the coast of California in the upper left quadrant of the image is Los Angeles.

The Grand Prix Fire has forced the closure of two major highways and spurred the evacuation of thousands of residents east of Los Angeles. Conditions for firefighters are treacherous; gusty Santa Ana winds and triple-digit temperatures are making the job of controlling the fire difficult. The fire has already burned thousands of acres in the San Bernadino National Forest.