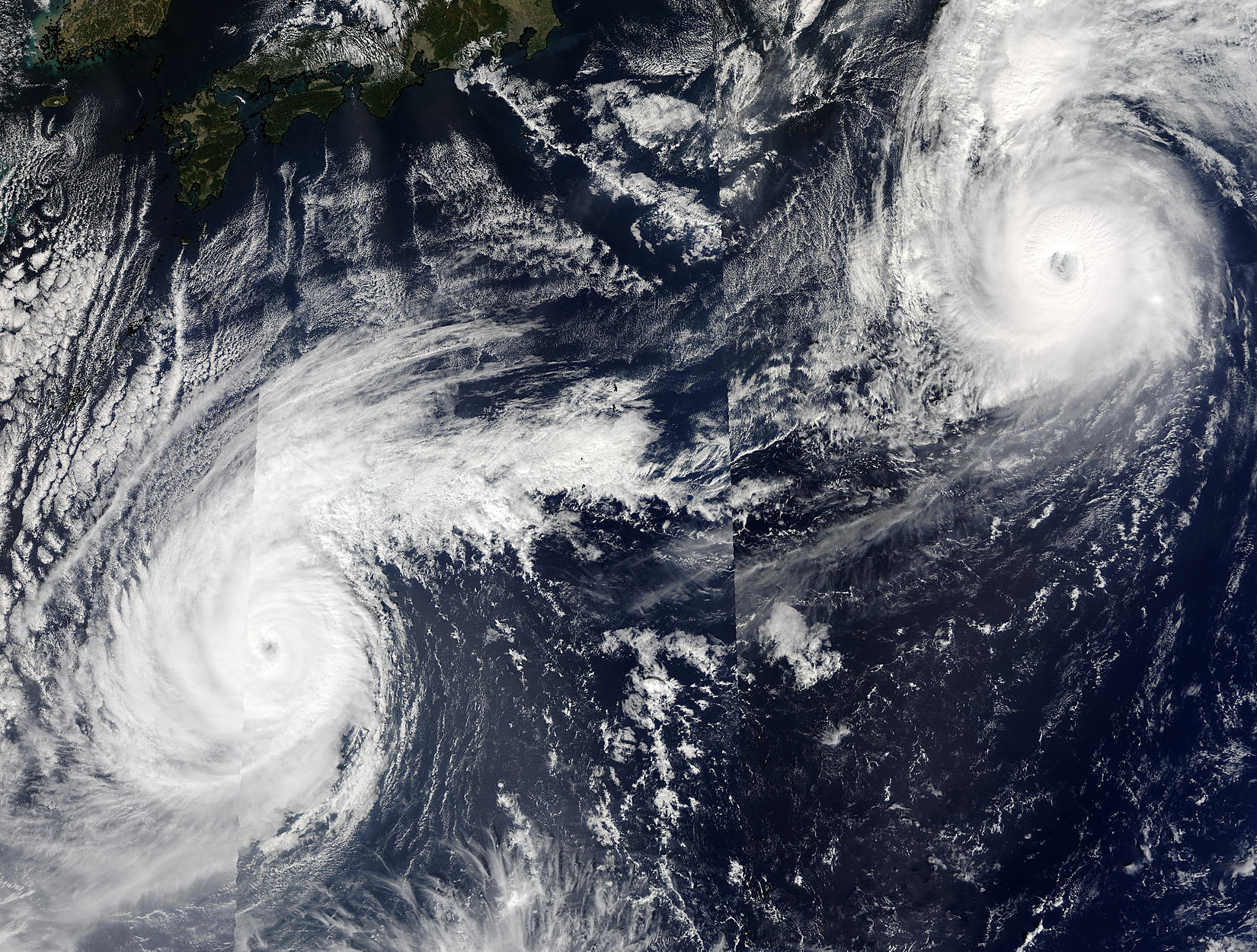 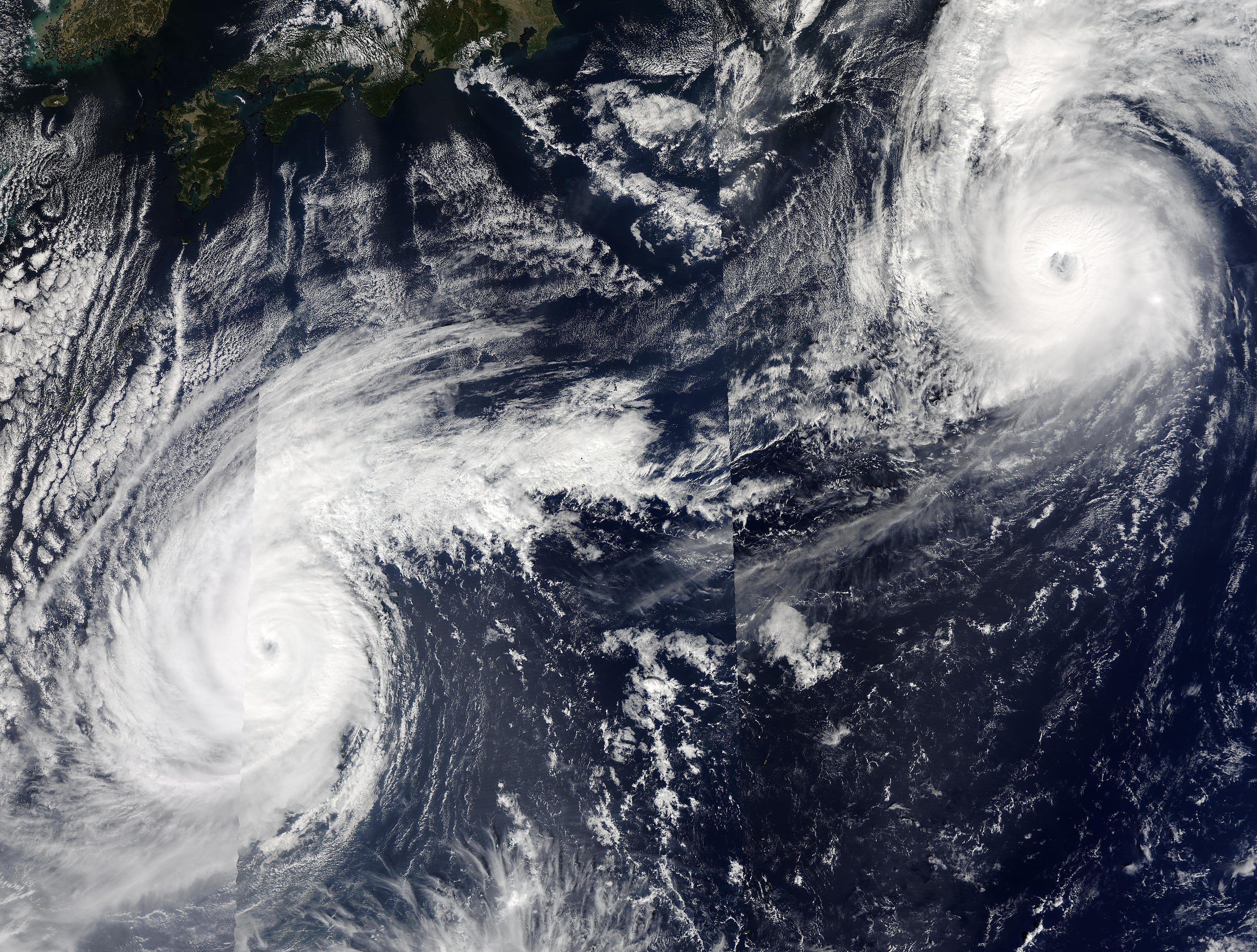 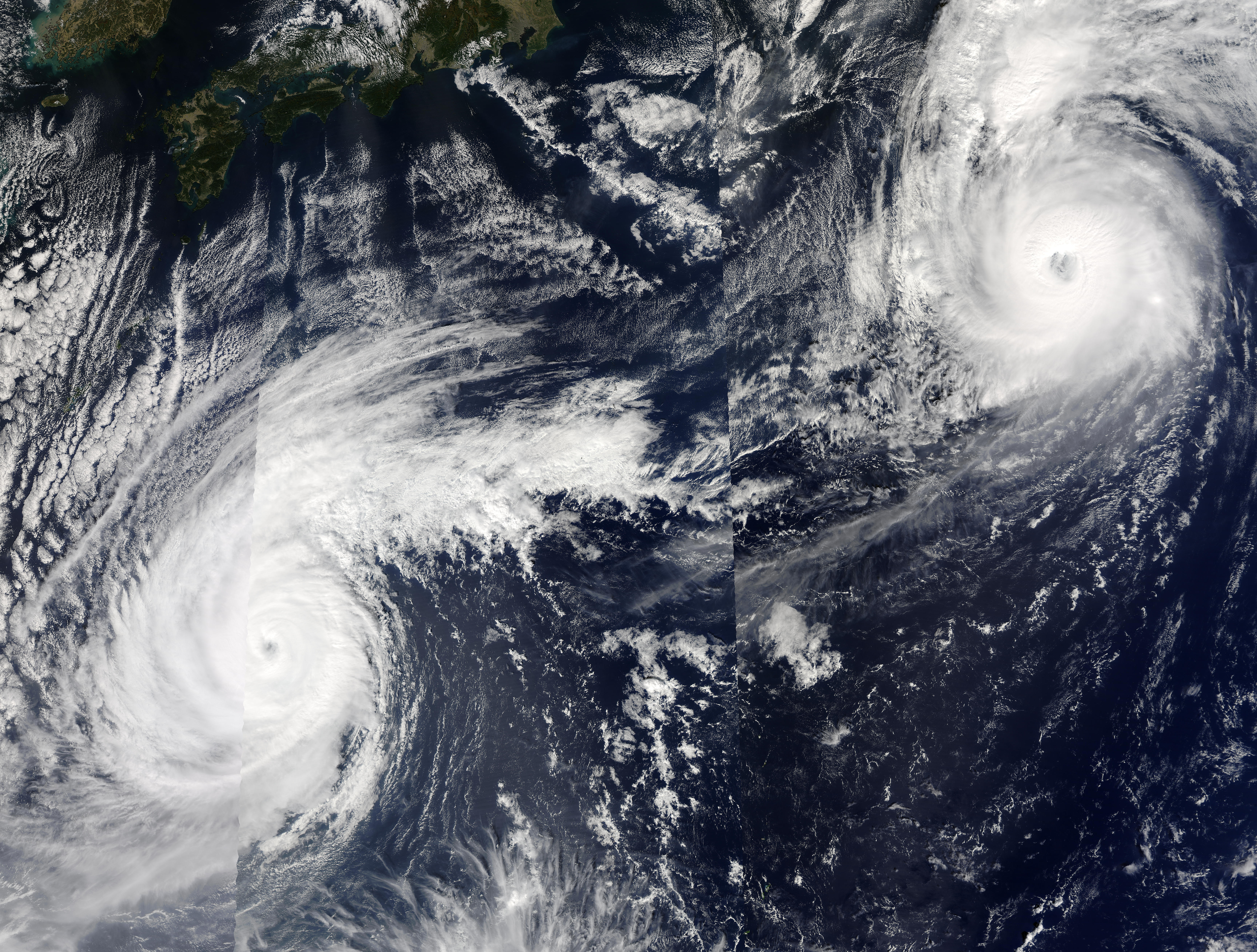 The Moderate Resolution Imaging Spectroradiometer (MODIS) instrument onboard NASA’s Terra and Aqua satellites captured this composite, true-color image of Typhoons Parma (top-right) and Ketsana (bottom-left) on October 24, 2003 at 3:50 UTC. Ketsana has weakened over the last 24 hours, but is still a strong typhoon far to the south of Japan with sustained winds of 105 mph. The typhoon is drifting towards the north-northeast at 5 mph and is forecast to quickly gain forward speed within 24 to 36 hours.

Typhoon Parma is now located over the open North Pacific Ocean where it is of no immediate threat to land. The storm is moving at a brisk 23 mph towards the east-northeast and is currently packing maximum sustained winds of nearly 145 mph. Parma is forecast to undergo marked weakening within the next two days as it encounters cooler waters.