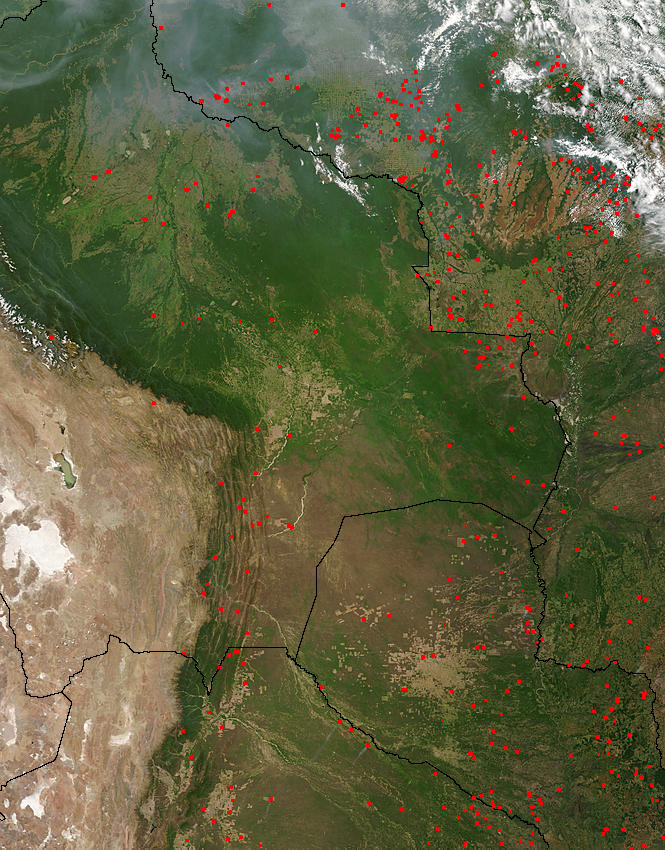 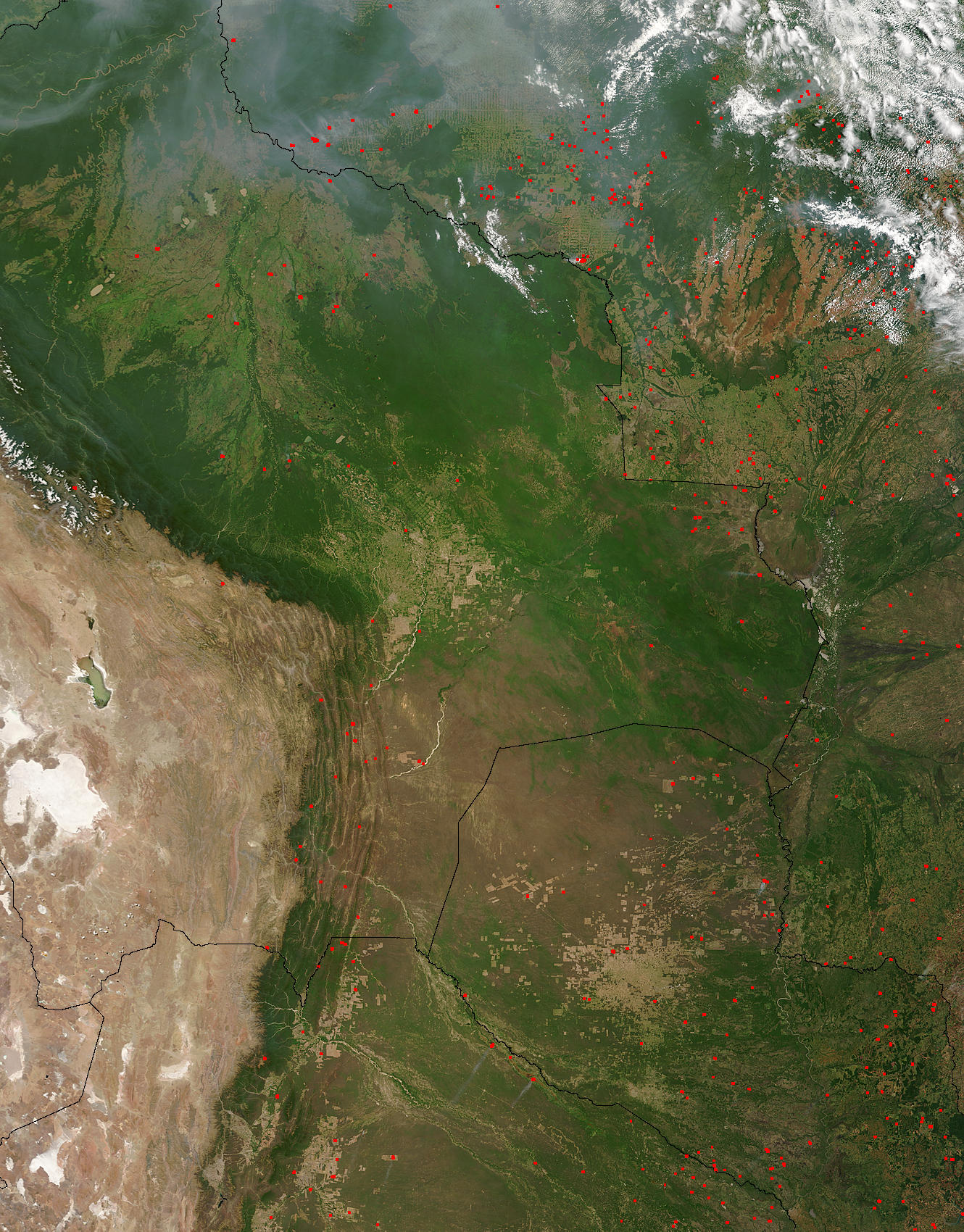 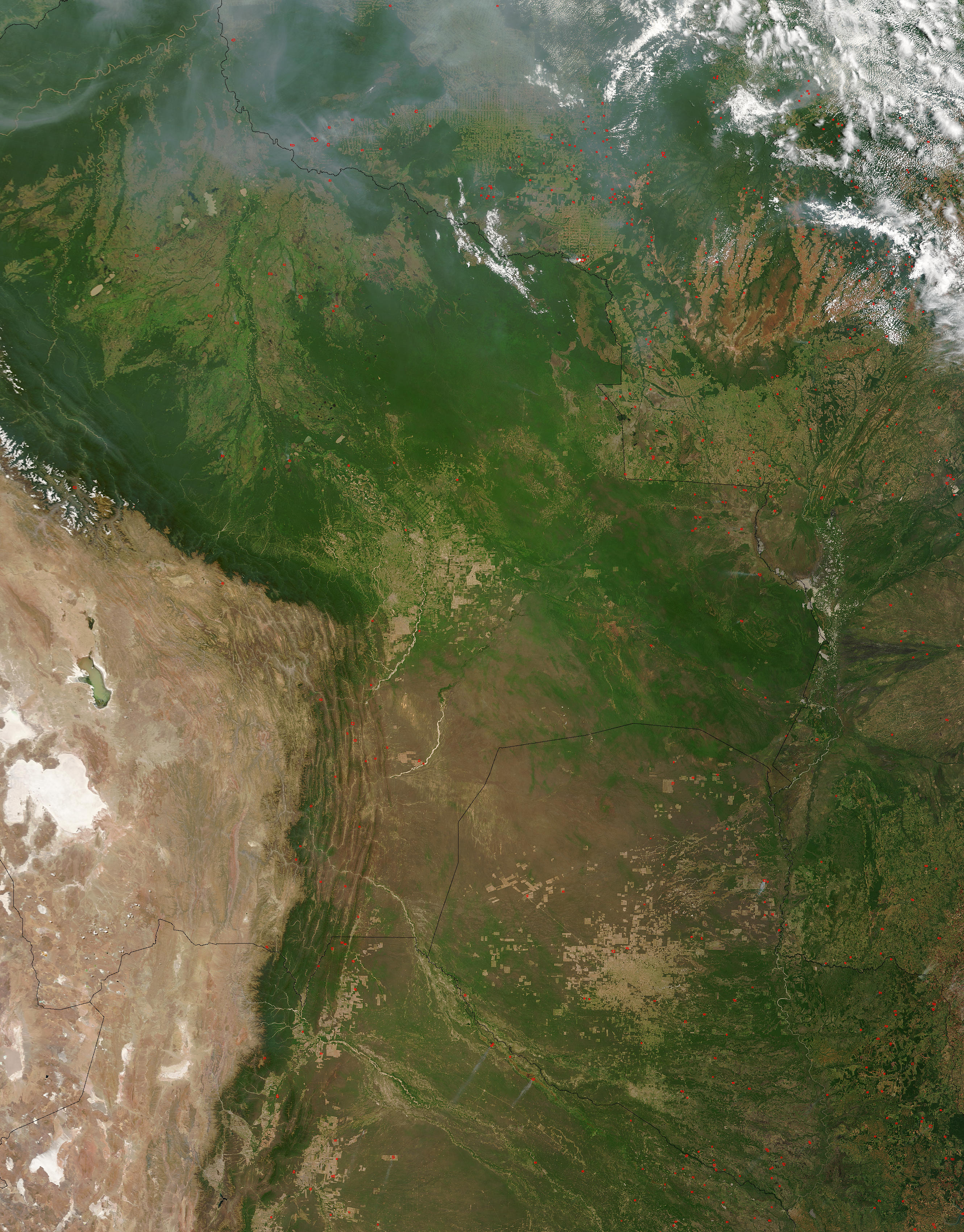 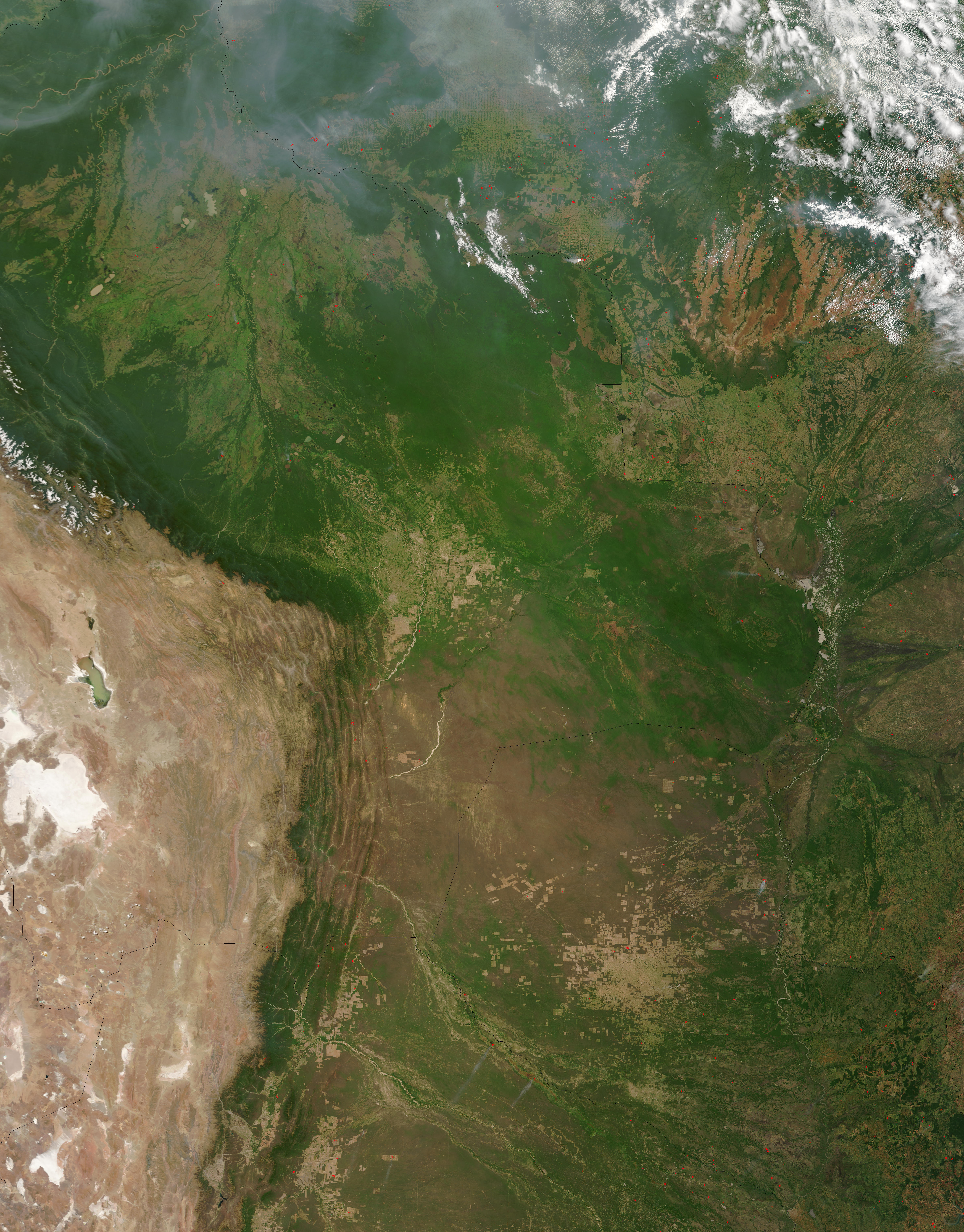 Haze, probably from fires to the north, hangs over the northern border of Bolivia and central Brazil, image top. Red dots mark the locations of dozens of additional fires in this Moderate Resolution Imaging Spectroradiometer (MODIS) image acquired by the Terra satellite on October 15, 2003. Though it’s not clear how these fires started, it is likely that they are agricultural fires set to clear the land.

Across the bottom right corner of the image is the Gran Chaco, a hot lowland plain that includes seasonal swamps, grasslands, dense thorny forests, and cactus. The sparsly populated plain stretches across northeastern Argentina, northern Paraguay, southern Bolivia, and into central Brazil where it is called Mato Grosso. The area was the subject of the Chaco War, 1932-1935, between Bolivia and Paraguay. Shell and Standard Oil believed that oil was buried in the Gand Chaco, and both Bolivia and Paraguay claimed the rights to it. Most of the land was ceded to Paraguay, though no oil was discovered on it. Today, the land is used for gazing and raising cotton.

Several South American countries can be seen here including Brazil, in the top right corner, and going counter-clockwise, Bolivia, a small corner of Chile, Argentina, and Paraguay.