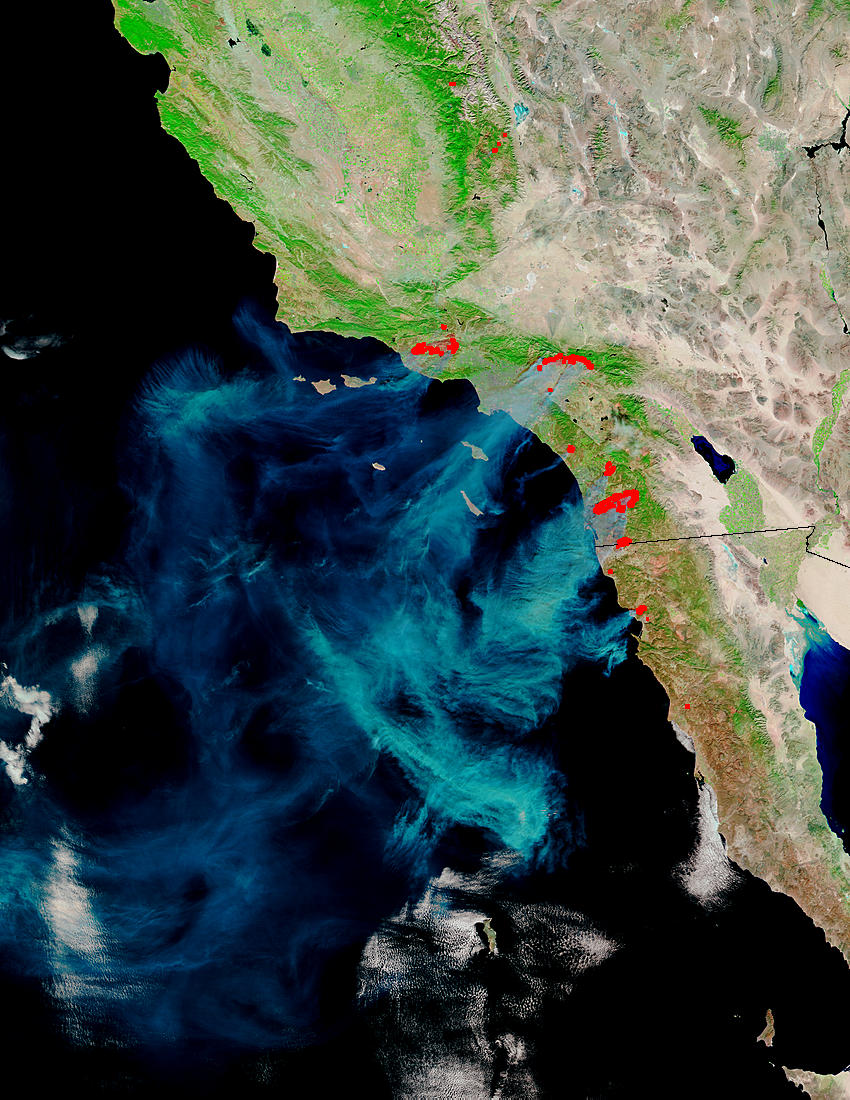 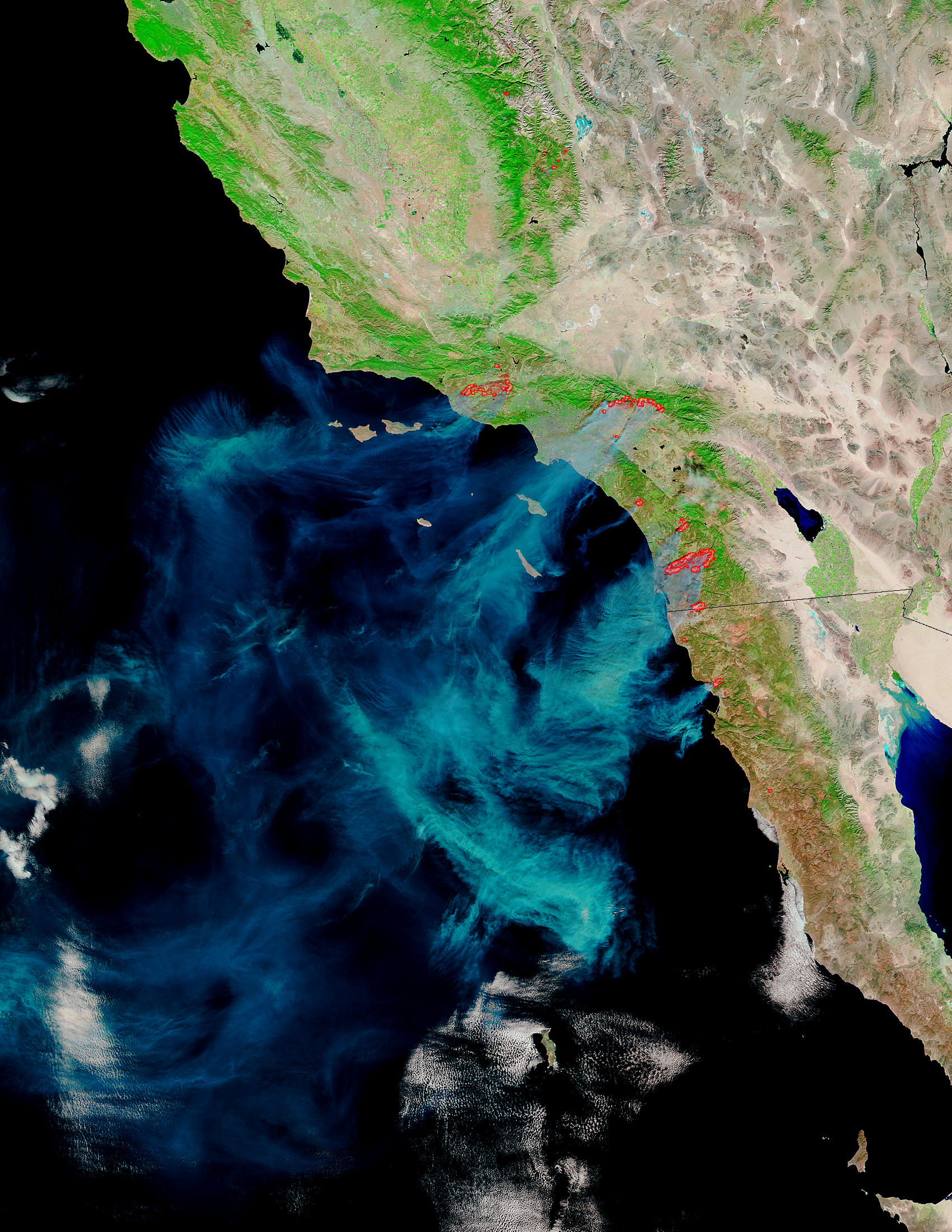 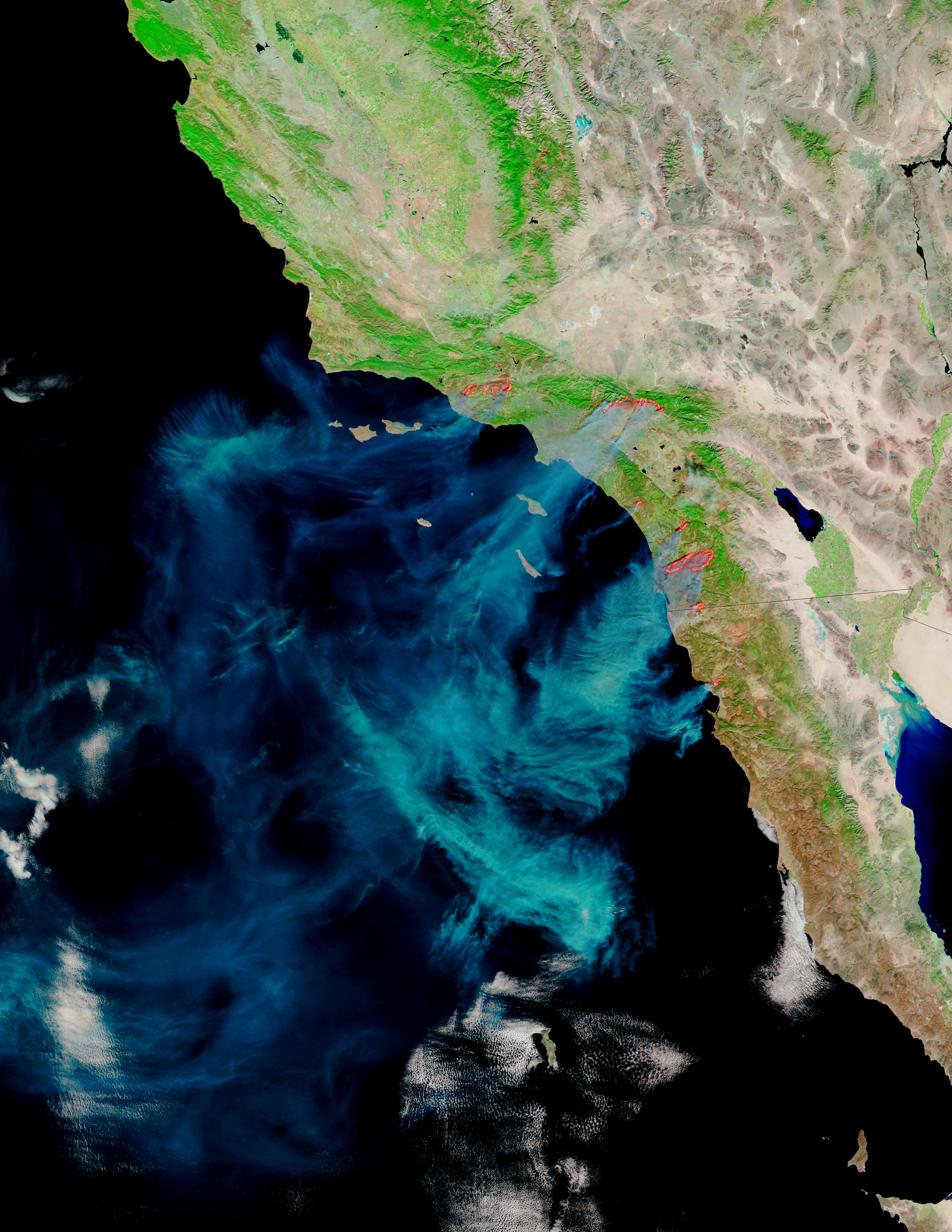 This image was made using a combination of visible and infrared electromagnetic observations from the Moderate Resolution Imaging Spectroradiometer (MODIS) on the Terra satellite from October 26, 2003. The flaming fire fronts are so hot that they are immediately visible in the image as bright pink spots on the perimeter of the fires. Burned areas are brick red, smoke is blue, and vegetation is bright green.