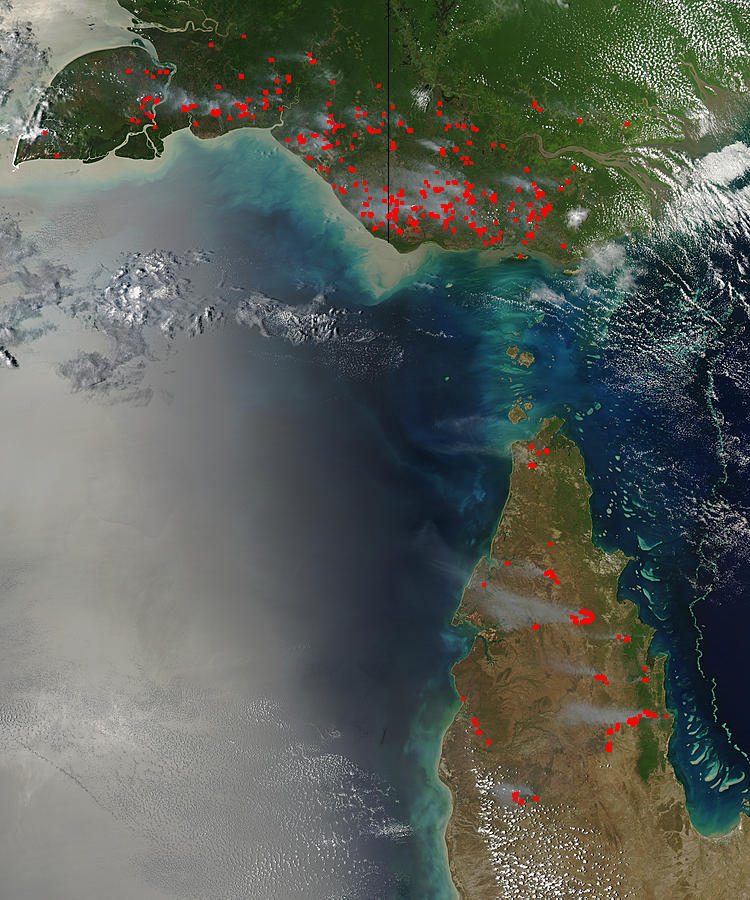 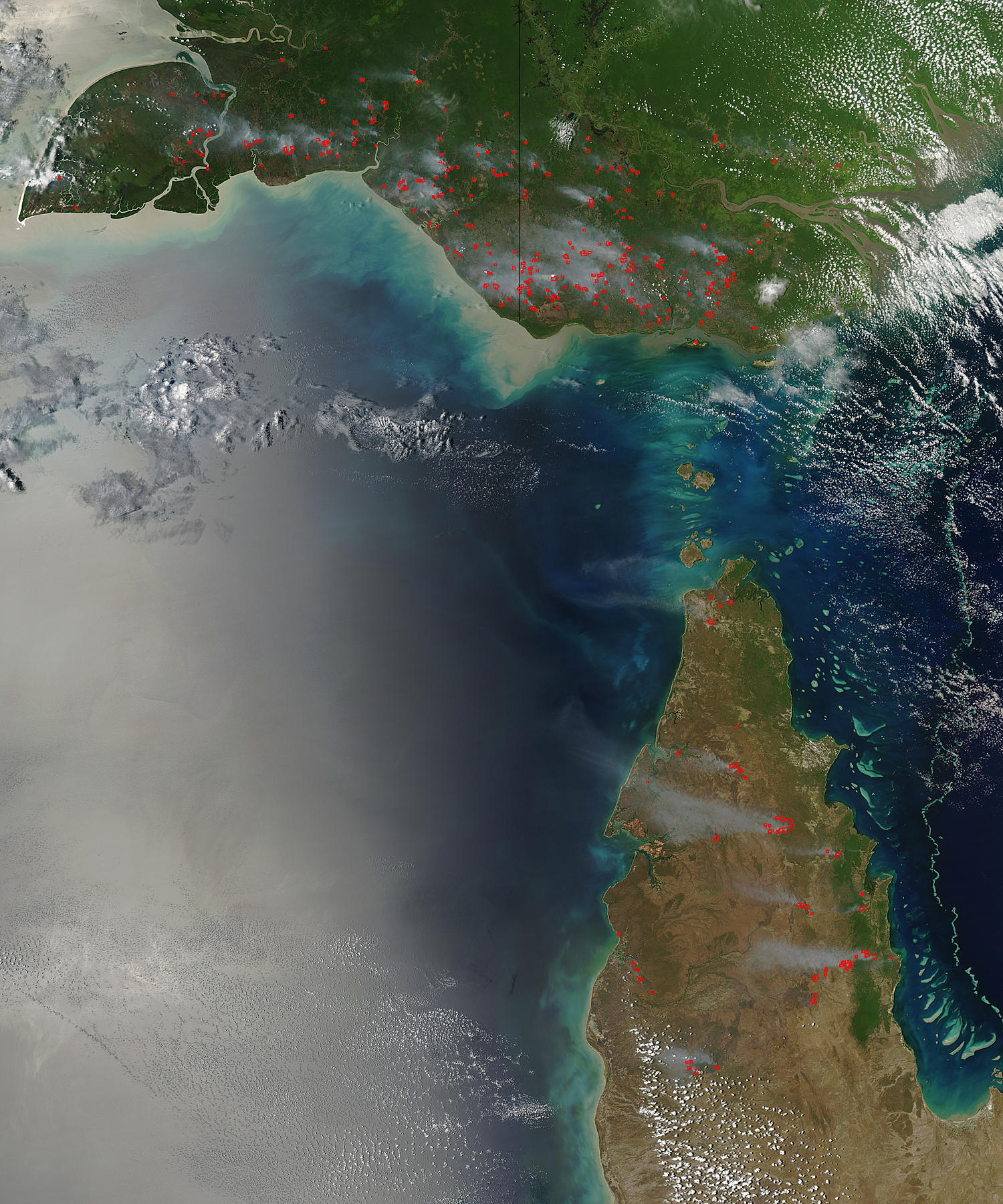 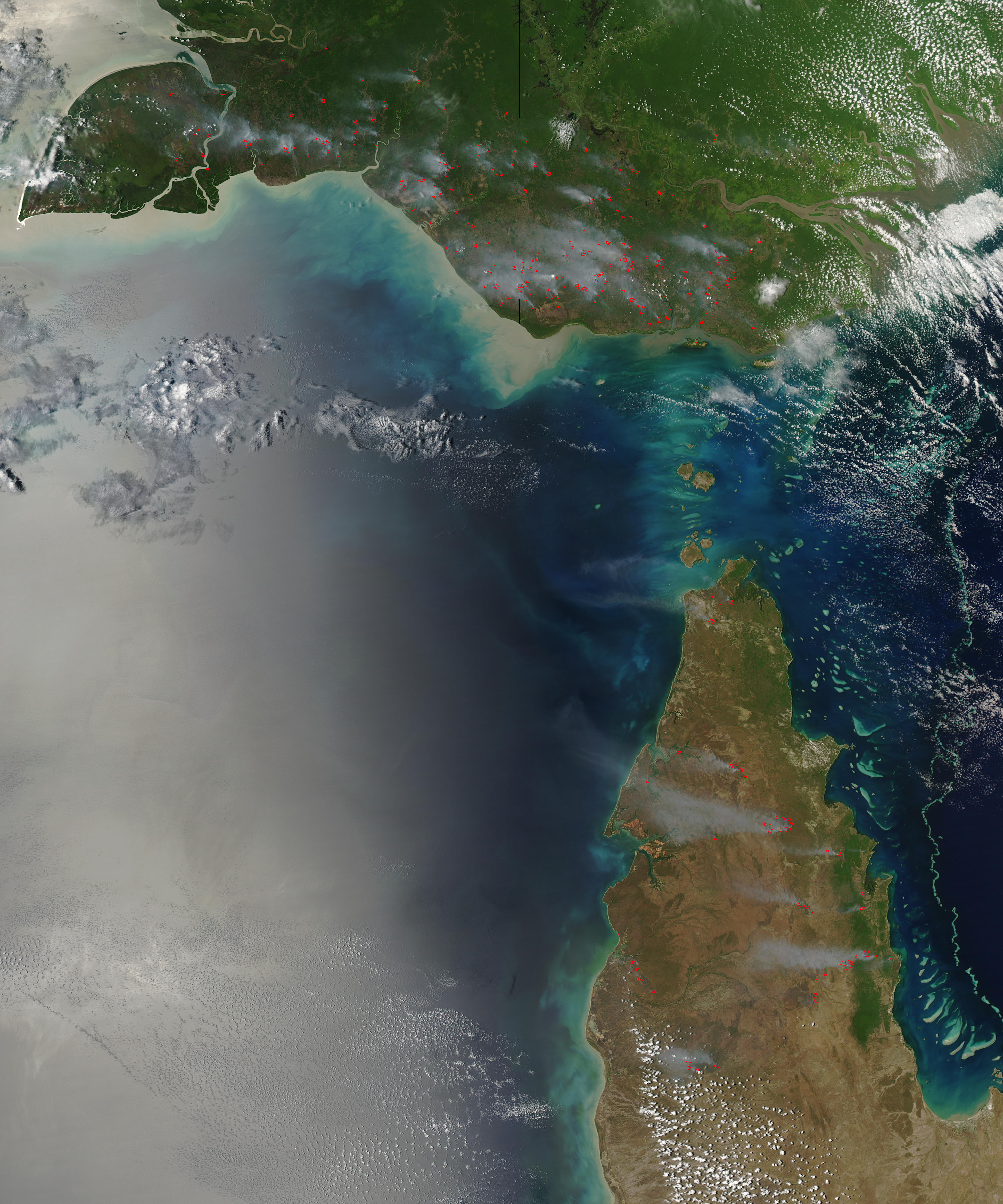 Fires continued to burn across the southern part of the island of New Guinea on October 27, 2003. The Moderate Resolution Imaging Spectroradiometer (MODIS) on the Aqua satellite captured this image of dozens of active fires burning across both Iryan Jaya (left) and Papua New Guinea (right); fires have been marked with red dots.