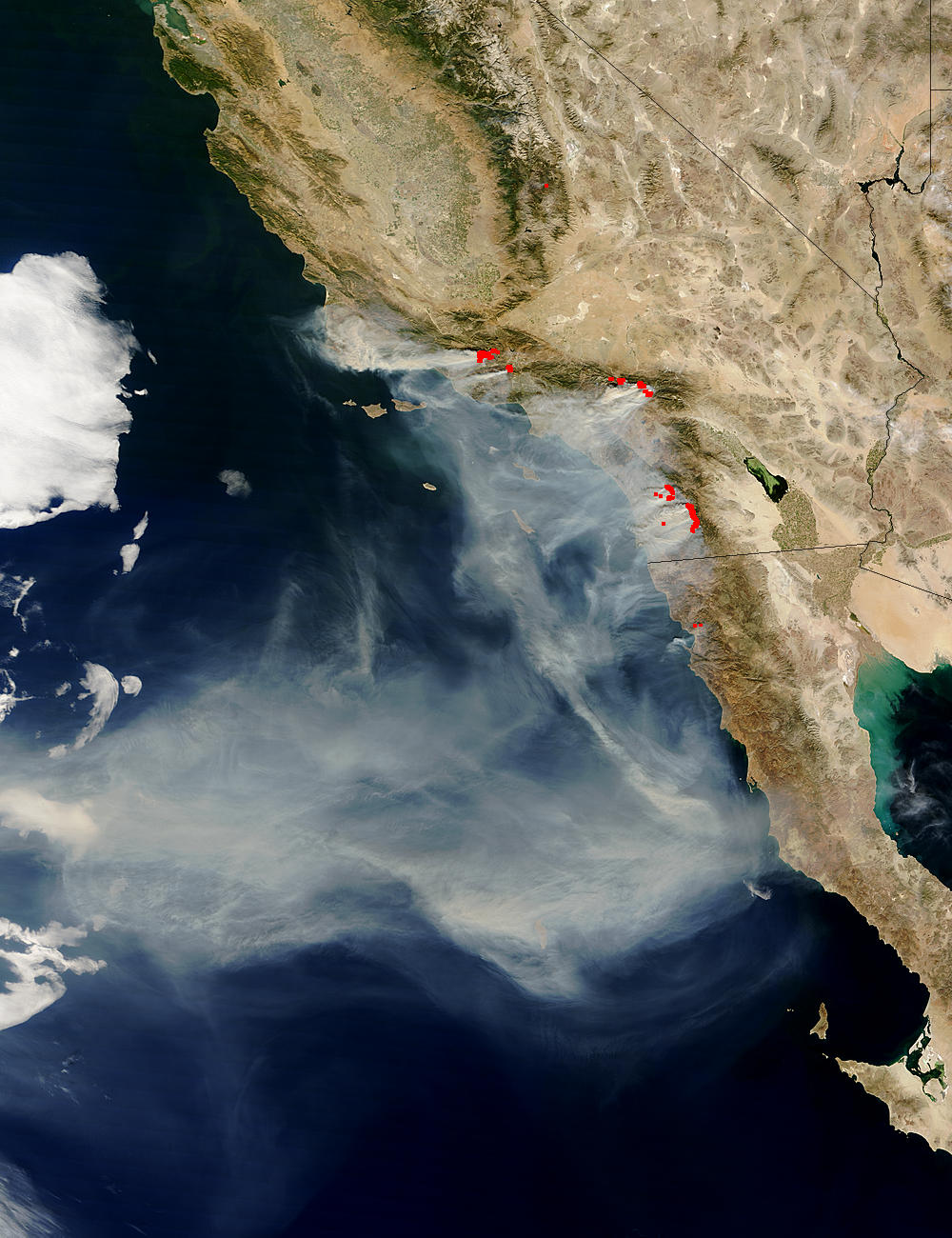 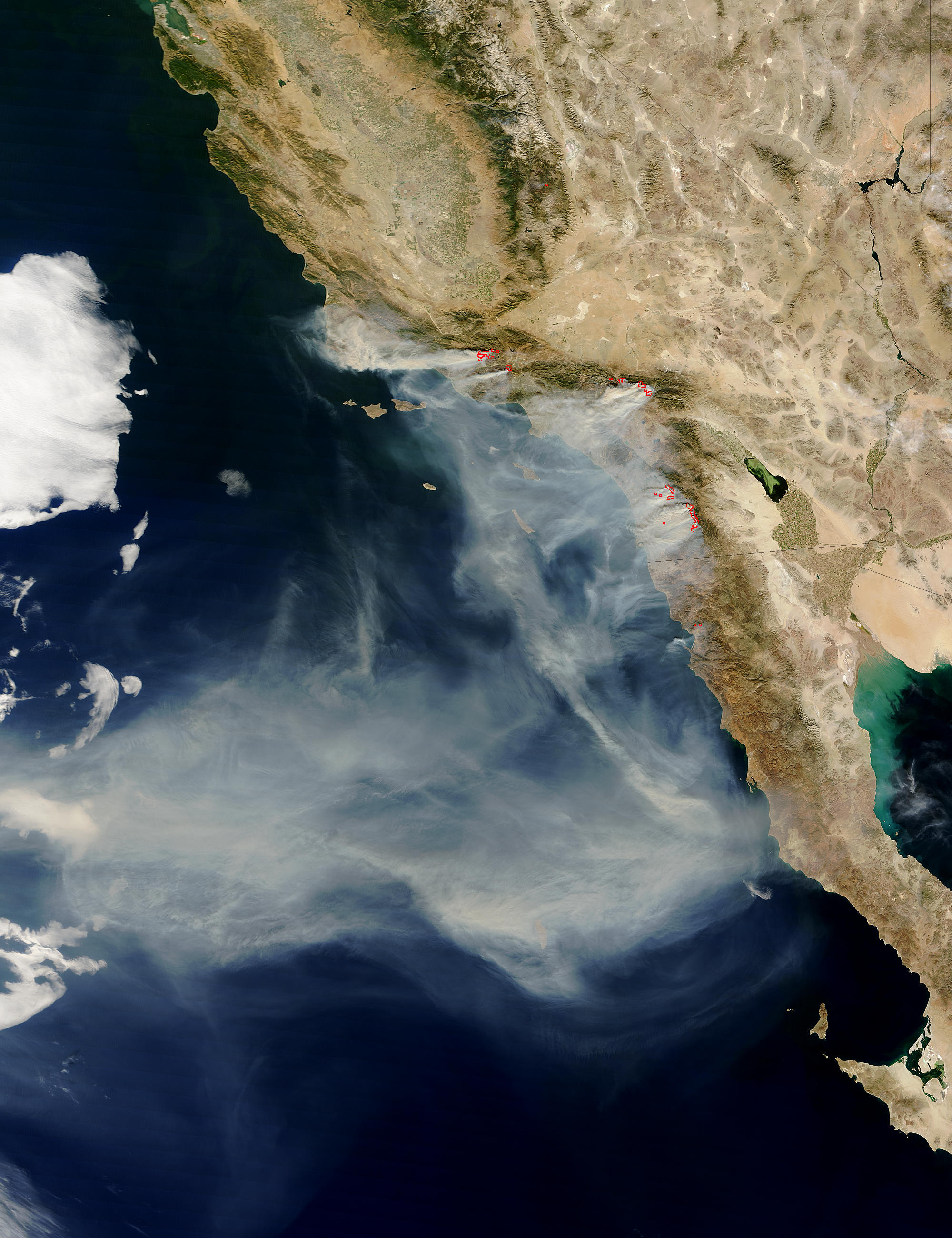 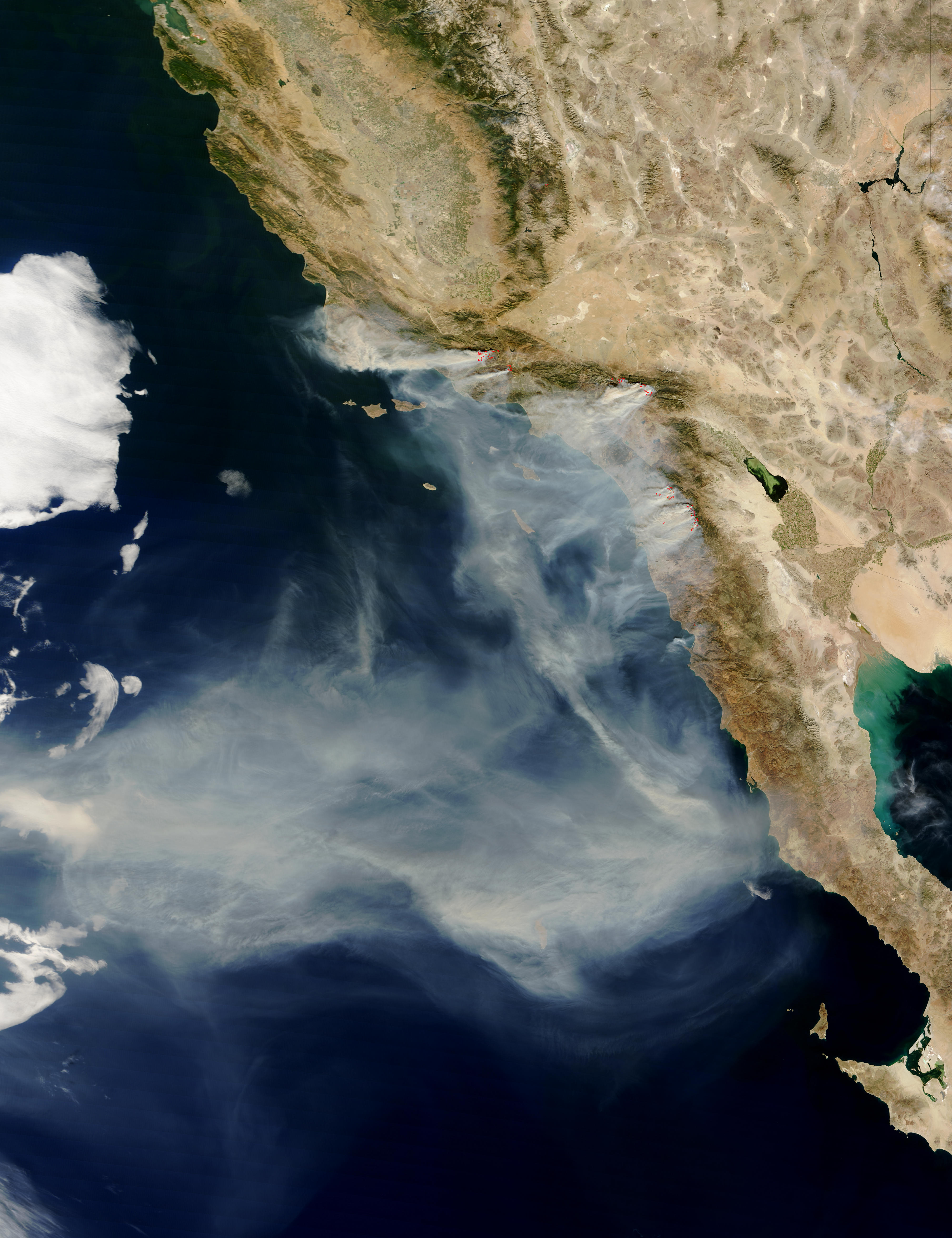 Thick smoke blankets the Southern California coastline as multiple brush fires continue to burn near Los Angeles and San Diego. The Moderate Resolution Imaging Spectroradiometer (MODIS) sensor on the Terra satellite detected three major clusters of fires, marked with red boxes, on October 28, 2003. Top are the Piru, Simi Incident, and Verdale Fires. Firefighters have nearly contained the Verdale Fire, but strong winds, intense flames, and rough terrain have made it difficult to check the Piru and Simi Incident Fires. To the southeast, a new fire, the Padua Fire, can be seen. The next cluster of fires, burning in the San Bernardino Mountains is a combination of the Old, Grand Prix, and Mountain Fires. While the Grand Prix and the Mountain Fires are partially contained, winds continue to fuel the Old Fire. Finally, the Paradise, Cedar, and Otay Fires continue to threaten the San Diego area in the south. The Otay Fire is nearly under control, but the Cedar and Paradise fires continue remain almost entirely unchecked. Media reports have attributed 17 deaths and the destruction of at least 1,137 homes to the fires.