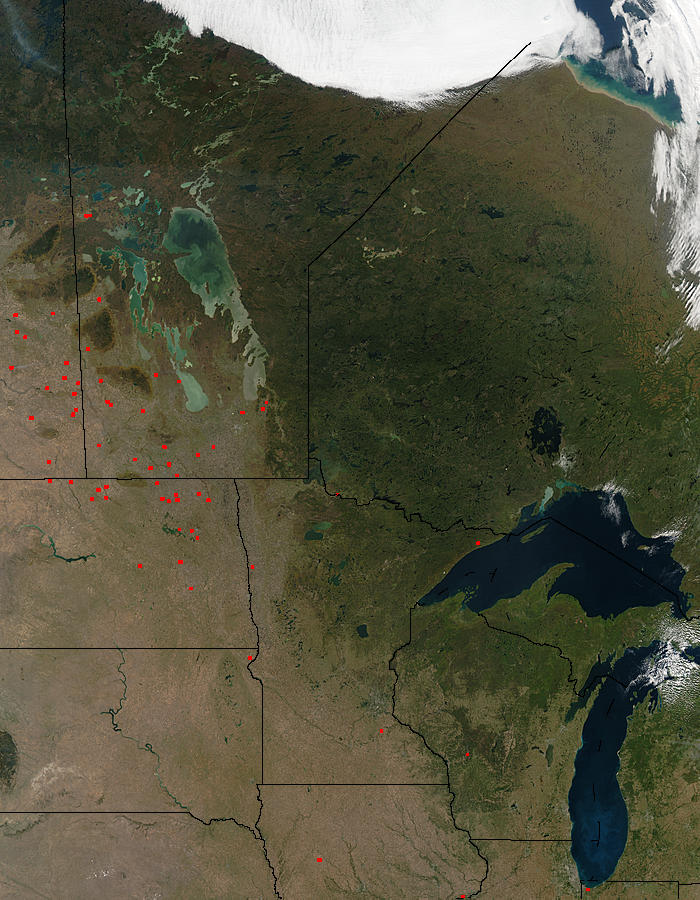 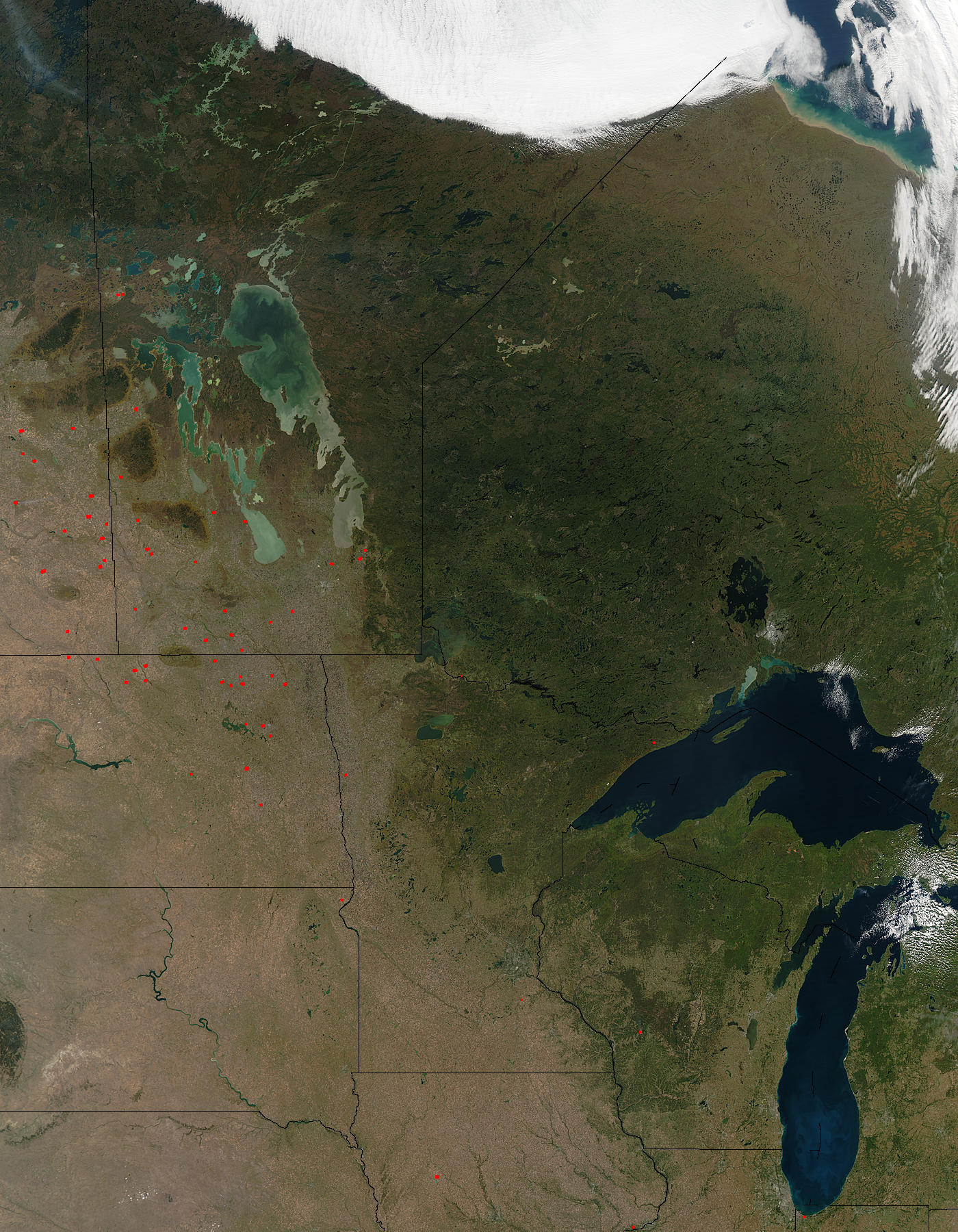 Scattered around Lakes Winnipeg, Winnipegosis, Manitoba, Superior, and Michigan, red dots mark the locations of active fires detected in this true-color Aqua MODIS scene from October 6, 2003. With the fall harvest season in full-swing, these fires are most likely to be agricultural. Fire is a centuries-old method of clearing harvested land in preparation for the coming winter months, and is used world-wide.

In this scene, the lakes stand out in stark relief from the land . Lakes Superior and Michigan because of their striking deep blue color, Lake Winnipeg and its neighbors because of their milky shades. Lakes Superior and Michigan are dark blue for a number of reasons, the major ones being that they are very large, deep lakes, and their waters are relatively clear. In contrast, Lake Winnipeg, Winnepegosis (west of the bulk of Winnipeg), and Manitoba (west of the southern end of Winnipeg), the milky color comes from sediments carried into the water by the rivers feeding into them.