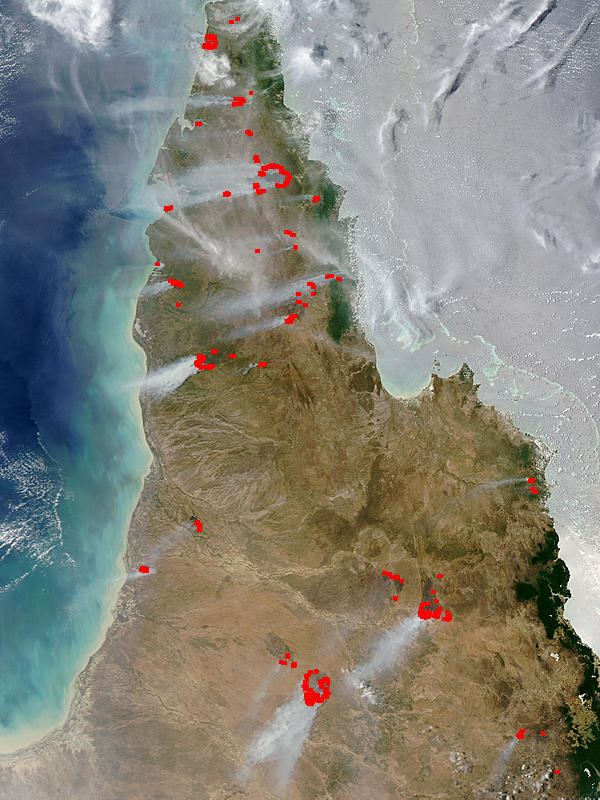 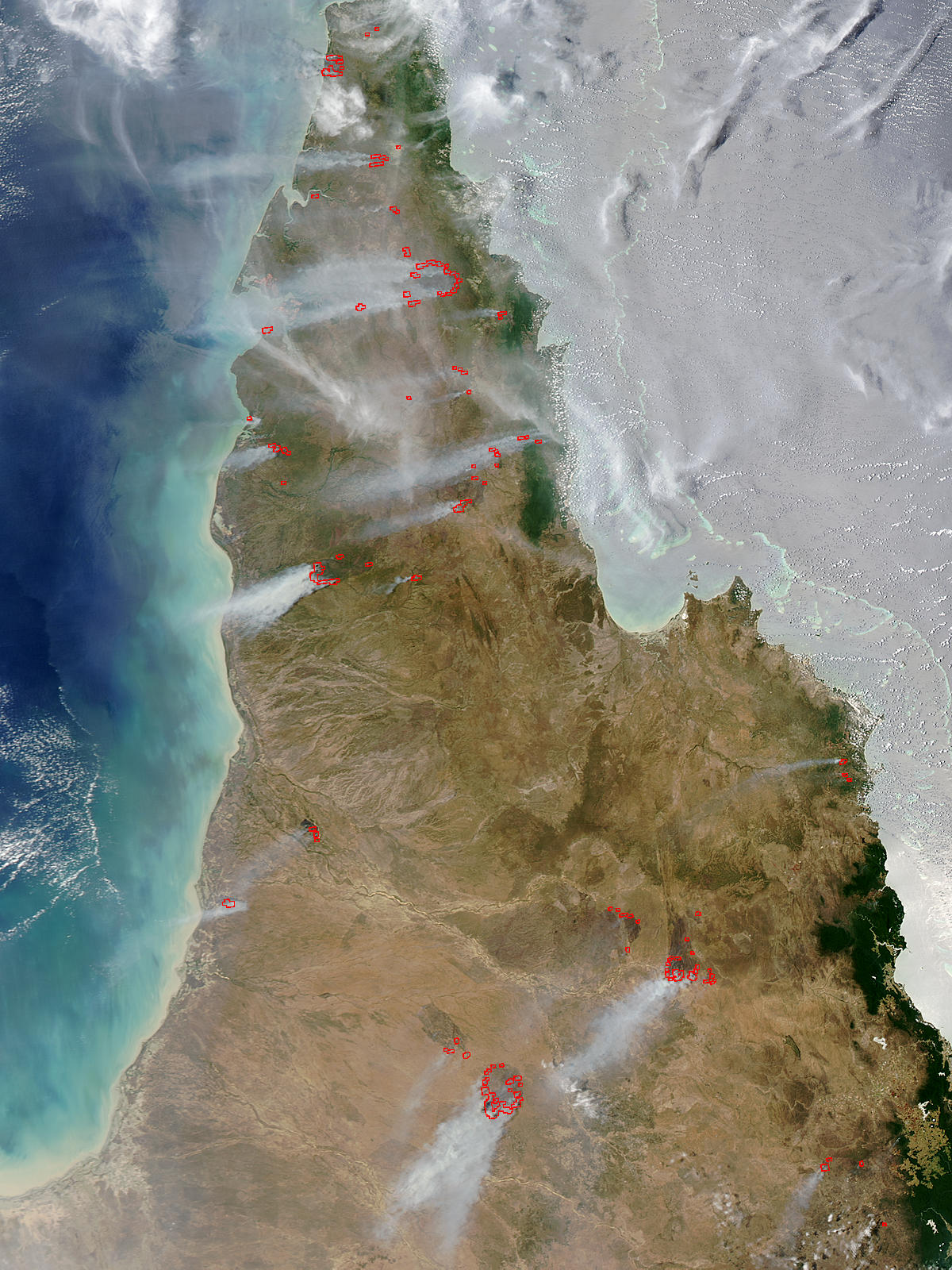 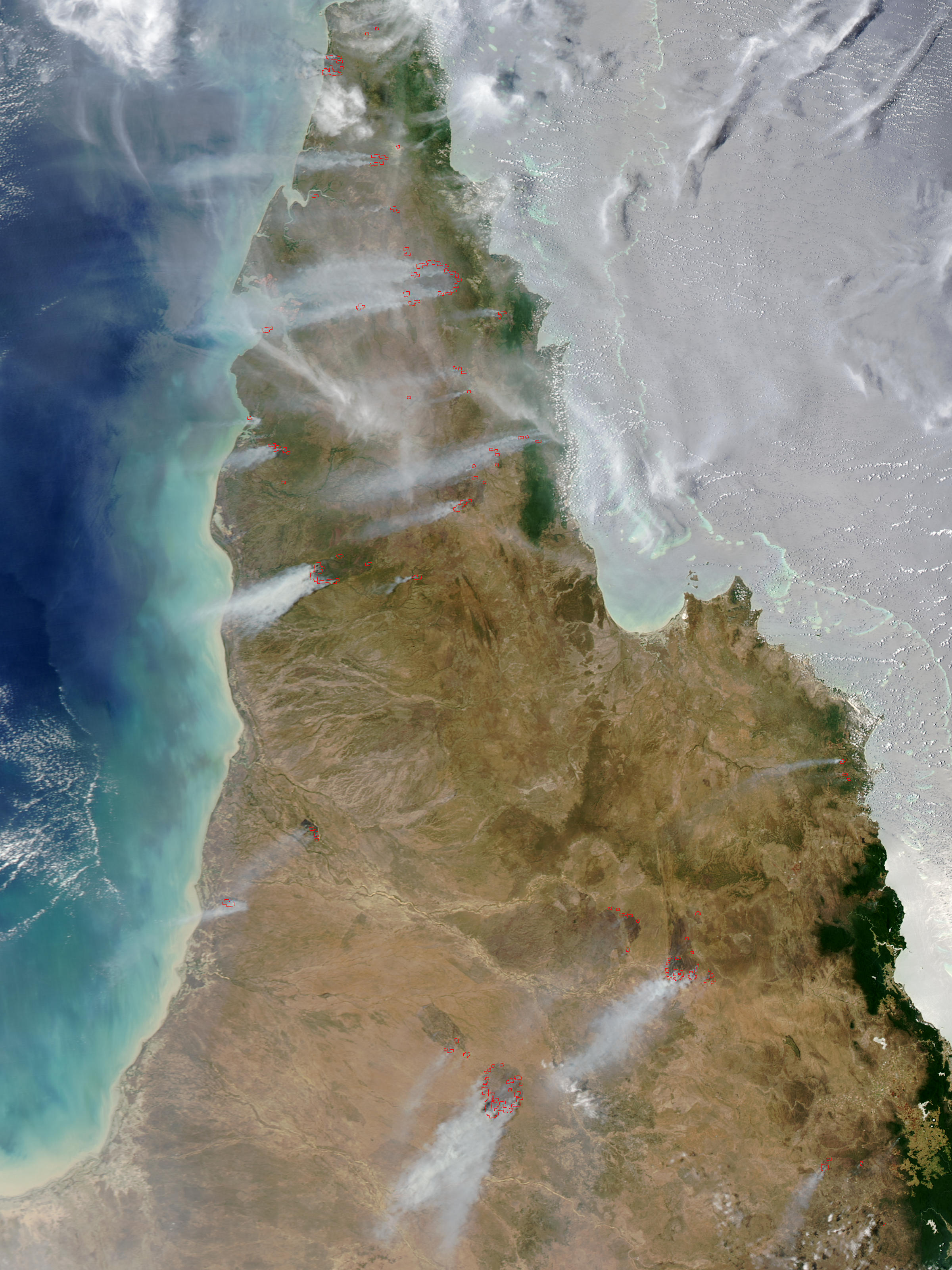 Intense fires, shown as red dots, burn on the Cape York Peninsula in Northern Australia. The image was captured by the Moderate Resolution Imaging Spectroradiometer (MODIS) on the Aqua satellite on October 31, 2003. To the left of the peninsula, sunglint has turned the sea silver. Sunglint happens when sunlight bounces off waves on the water’s surface and into MODIS’s “eye,” creating a kind of glare. On perfectly smooth water, the sun would appear as it does in the sky—as a bright, round orb. But when the water gets rougher, the reflection becomes more diffuse, which results in a wide band of silver sunglint, as shown here.