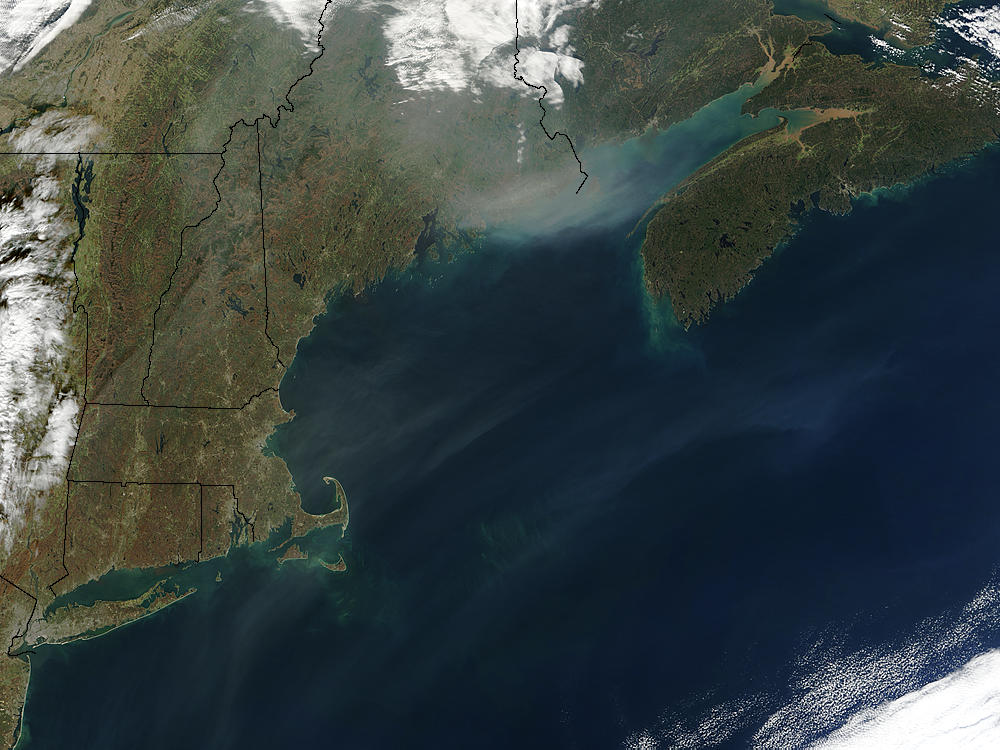 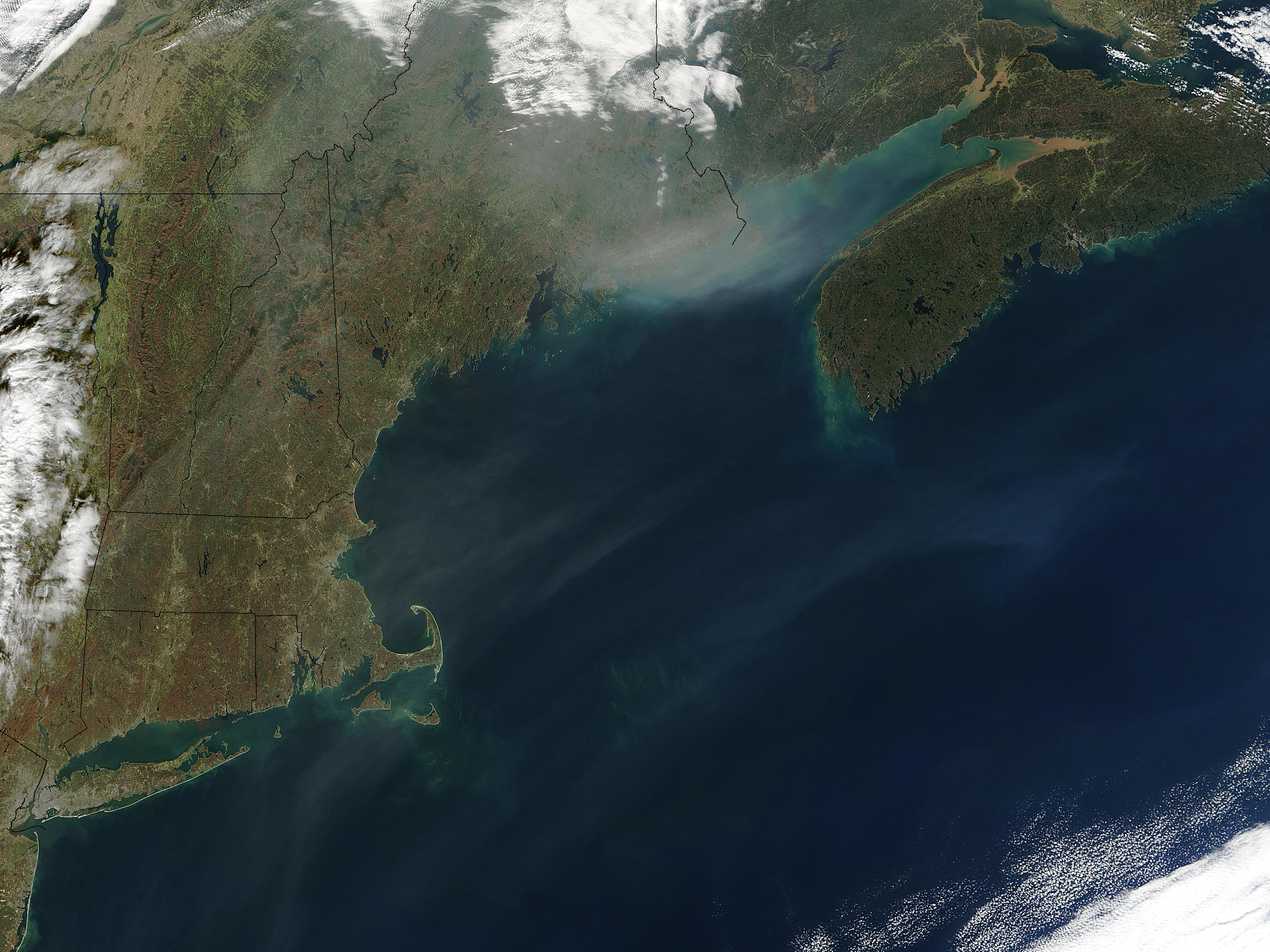 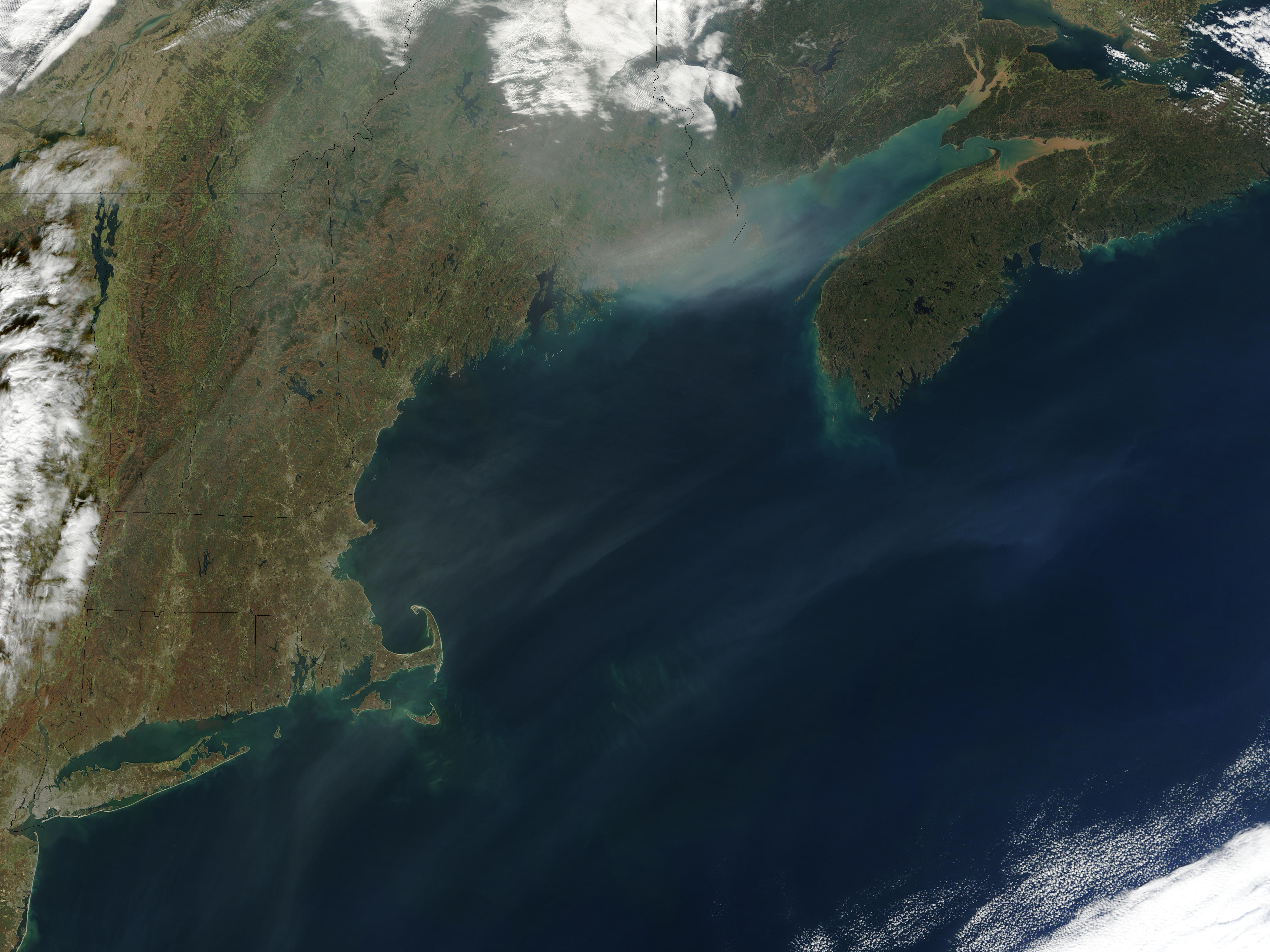 The pale gray haze hanging over the Bay of Fundy, sandwiched between Maine and Nova Scotia, may actually be smoke from intense wildfires burning in Southern California. An atmospheric transport model developed at the Naval Research Laboratory predicted that strong winds would carry the smoke northeastward across the United States over Maine. This true-color Moderate Resolution Imaging Spectroradiometer (MODIS) image was captured by the Terra satellite on October 31, 2003.