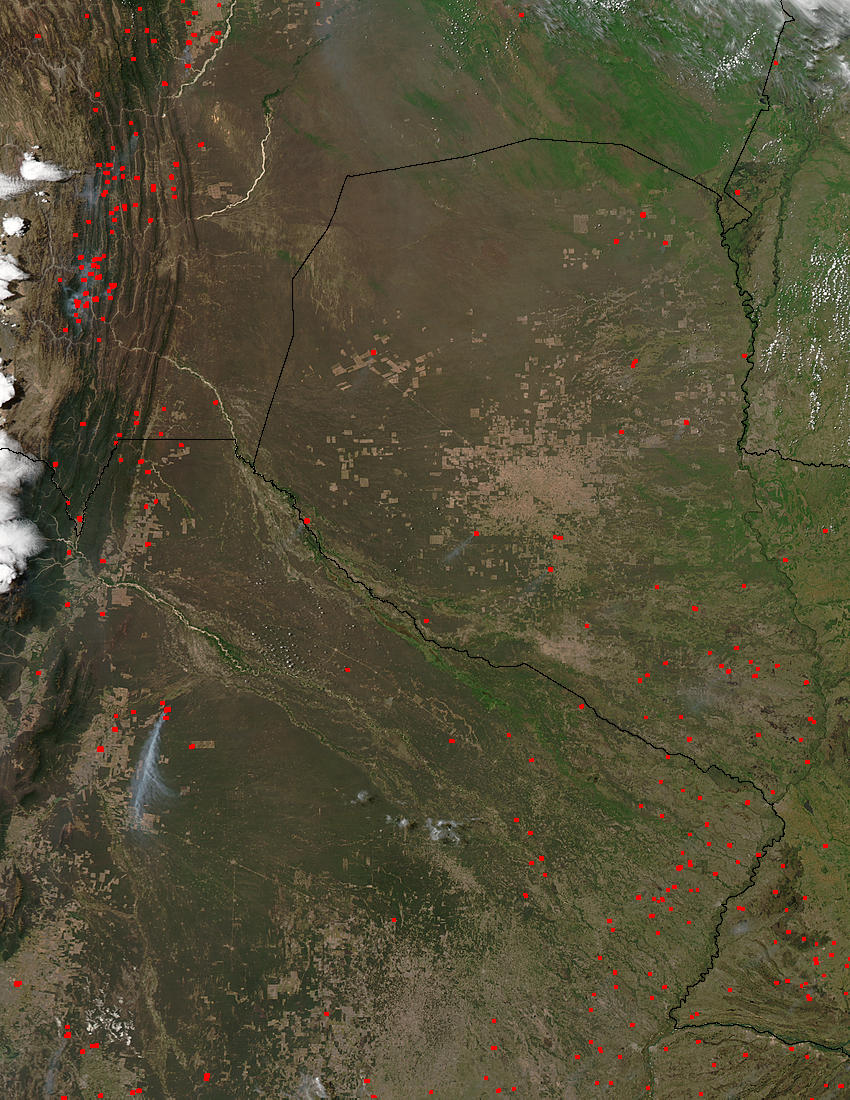 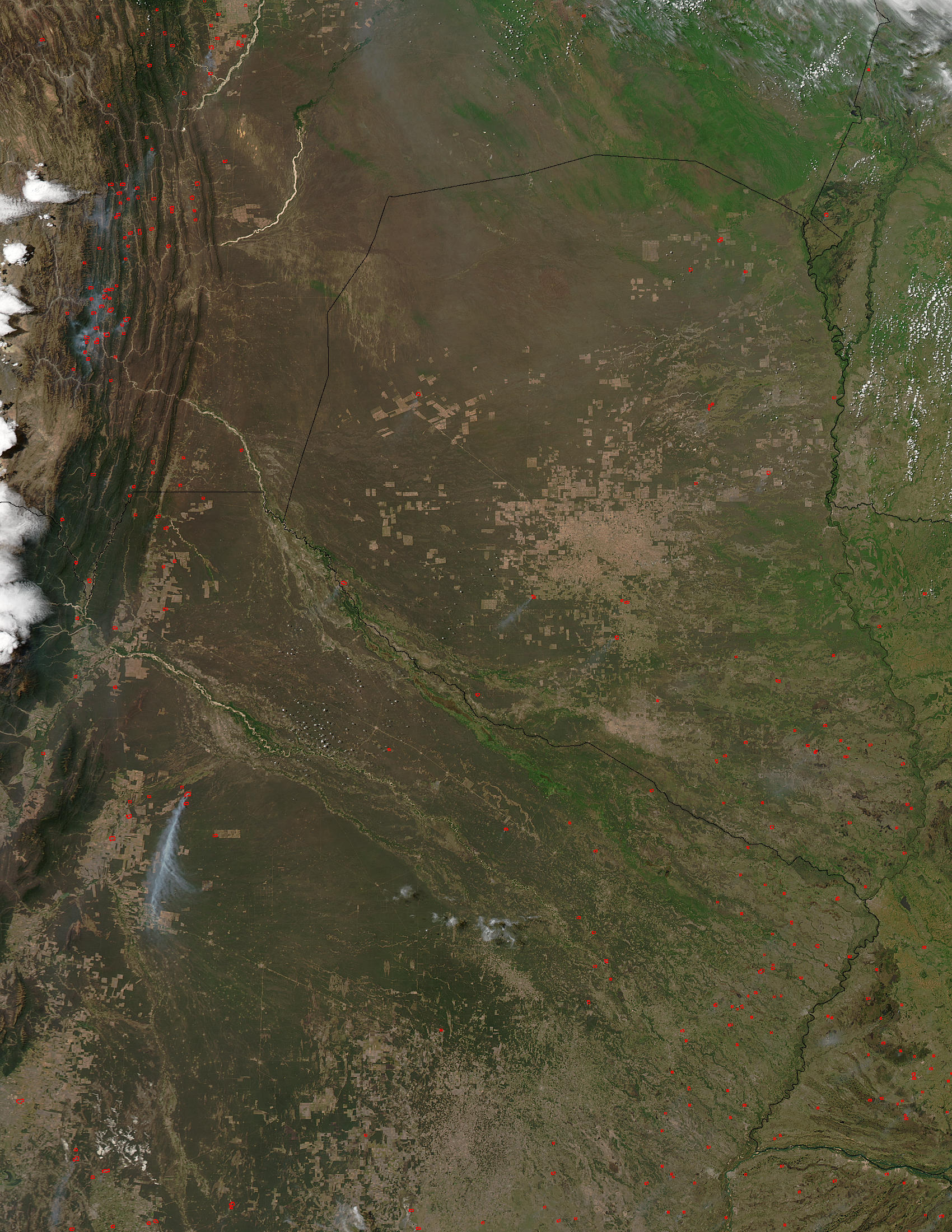 The dozens of fires burning in and around Paraguay in South America are probably agricultural fires. The practice of burning to clear land is common in South America, particularly between July and October. This Moderate Resolution Imaging Spectroradiometer (MODIS) image was taken on September 30, 2003, just as the burning season was beginning to wind down. Fires are represented as red dots in this true-color image taken by the Aqua satellite.