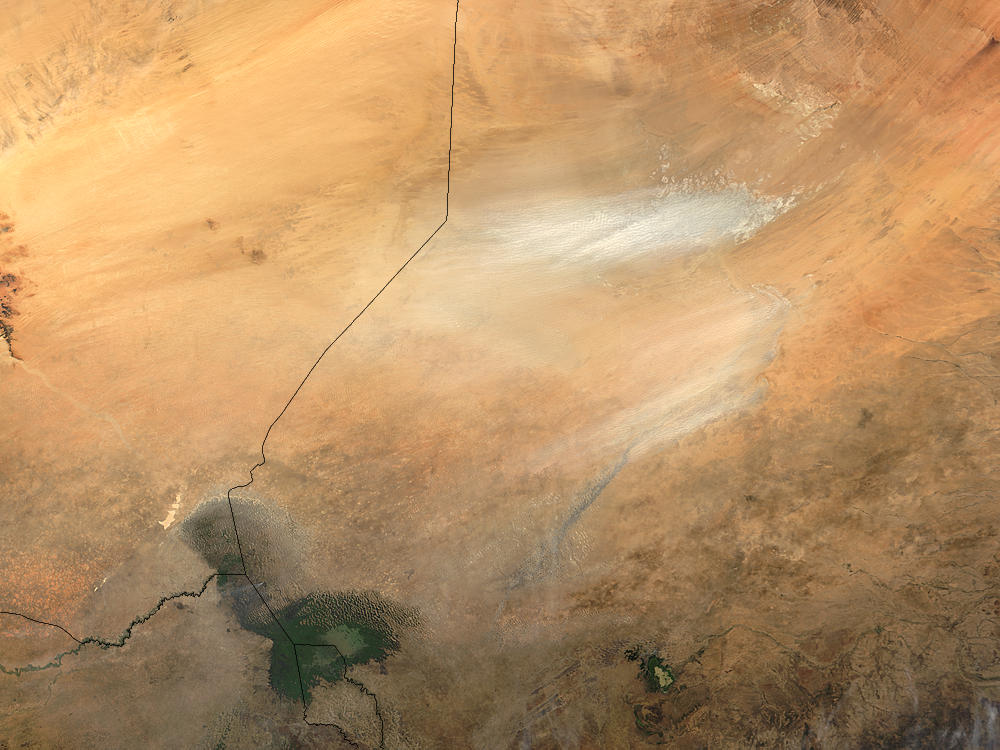 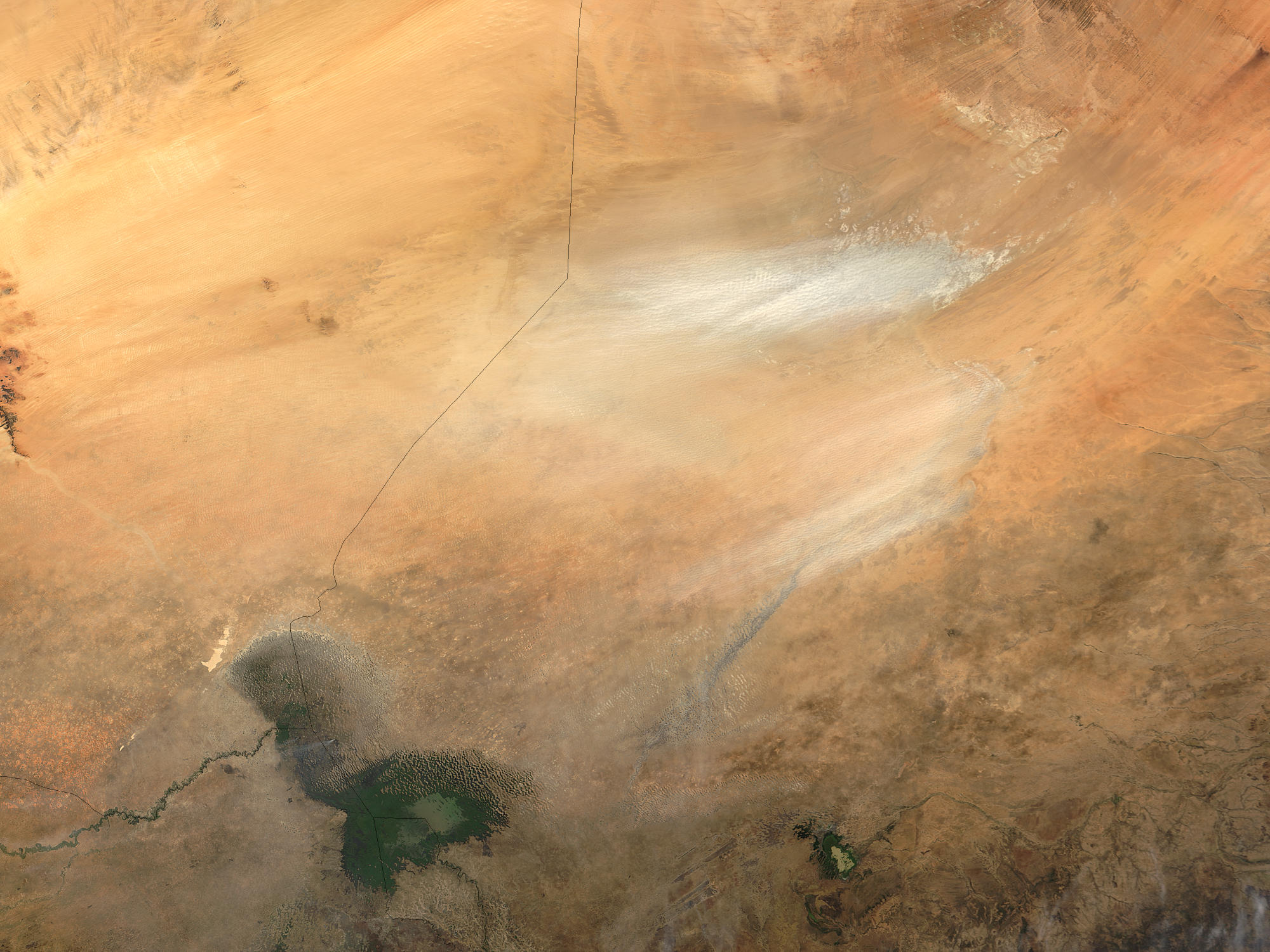 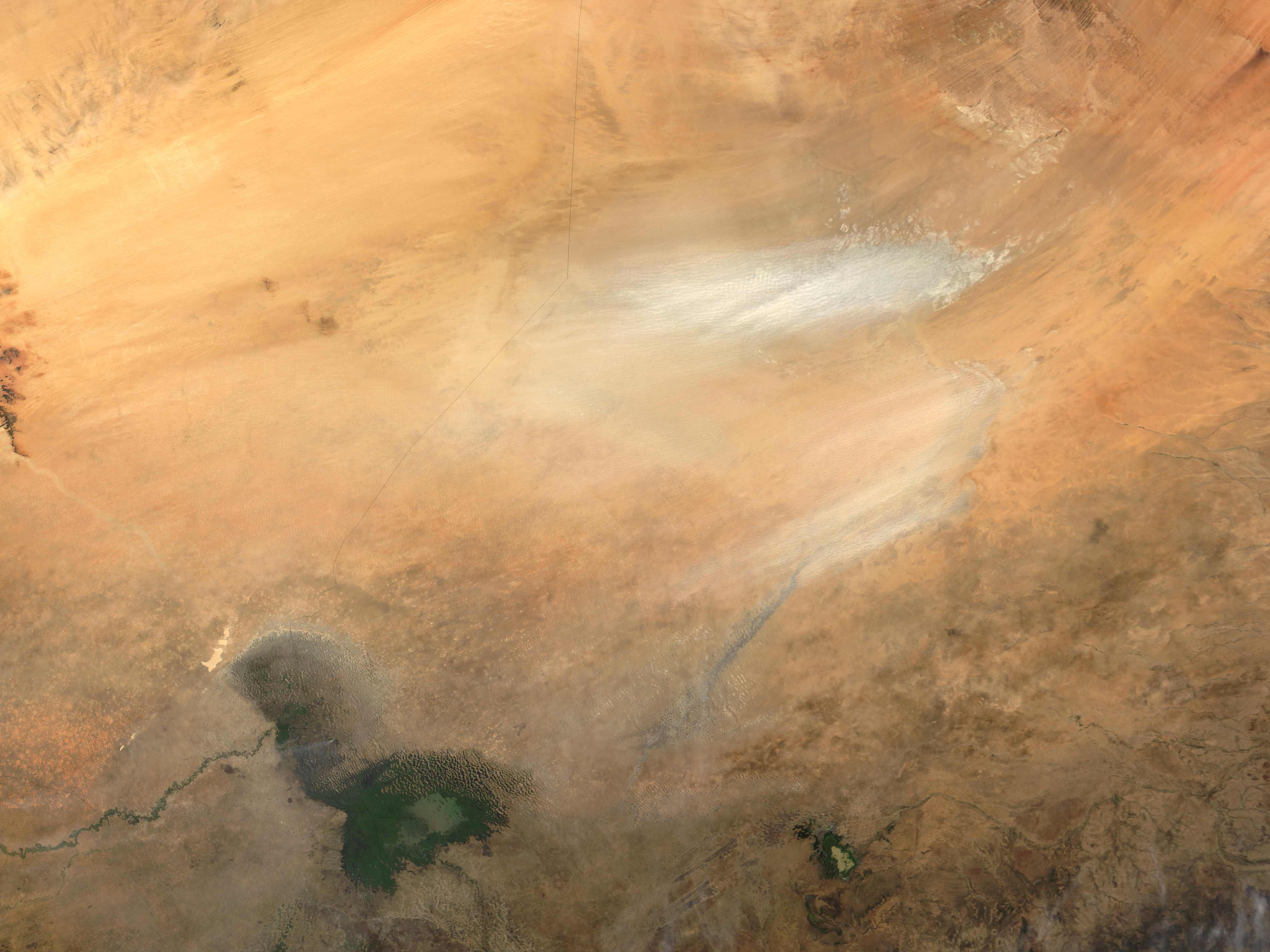 Dust from the Bodele depression in Chad, Africa continues to blow across Lake Chad in this Moderate Resolution Imaging Spectroradiometer (MODIS) image taken by the Terra satellite on November 10, 2003. Dust storms in the Bodele depression are common. As recently as the 1960s, the area formed part of Lake Chad on the southern edges of the vast Sahara desert. Lack of rain and increased demand for irrigation water shrank the shorelines of the lake, leaving the Bodele depression dry. The low-lying area is now a major source of windblown dust in Europe, the Middle East, and the Western Hemisphere. Seen as streaks of white against the orange desert sands in this true-color image, the dust partially obscures the northern shores of Lake Chad from view.