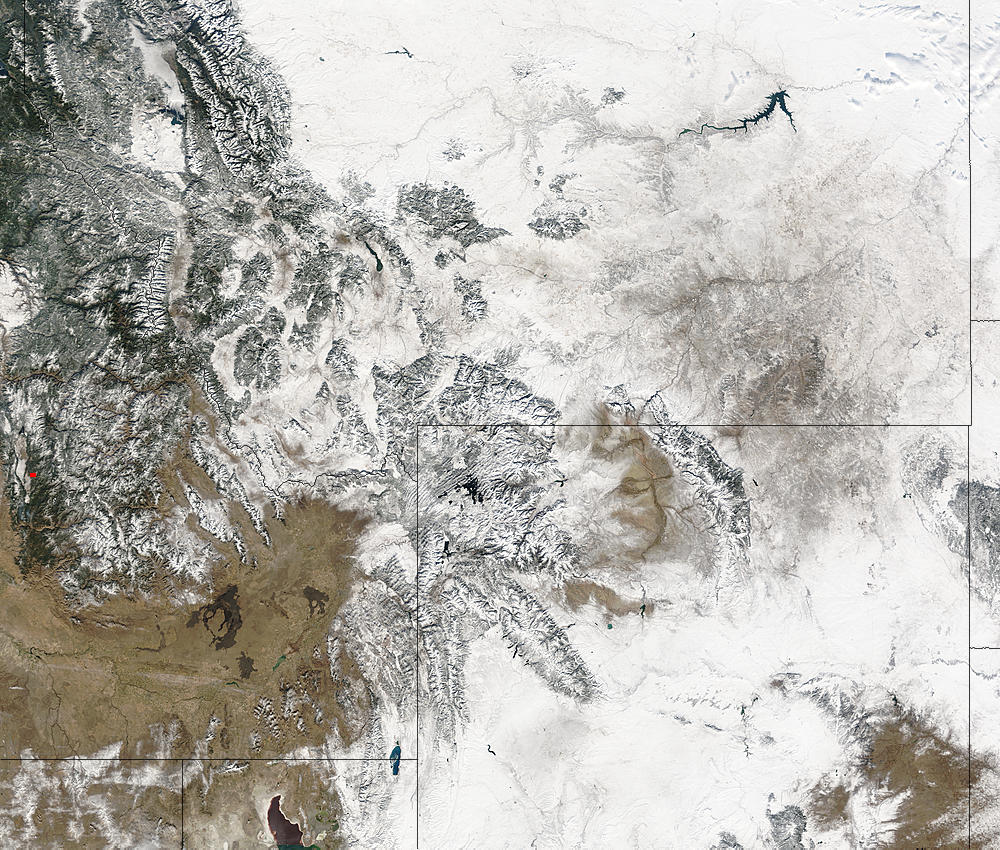 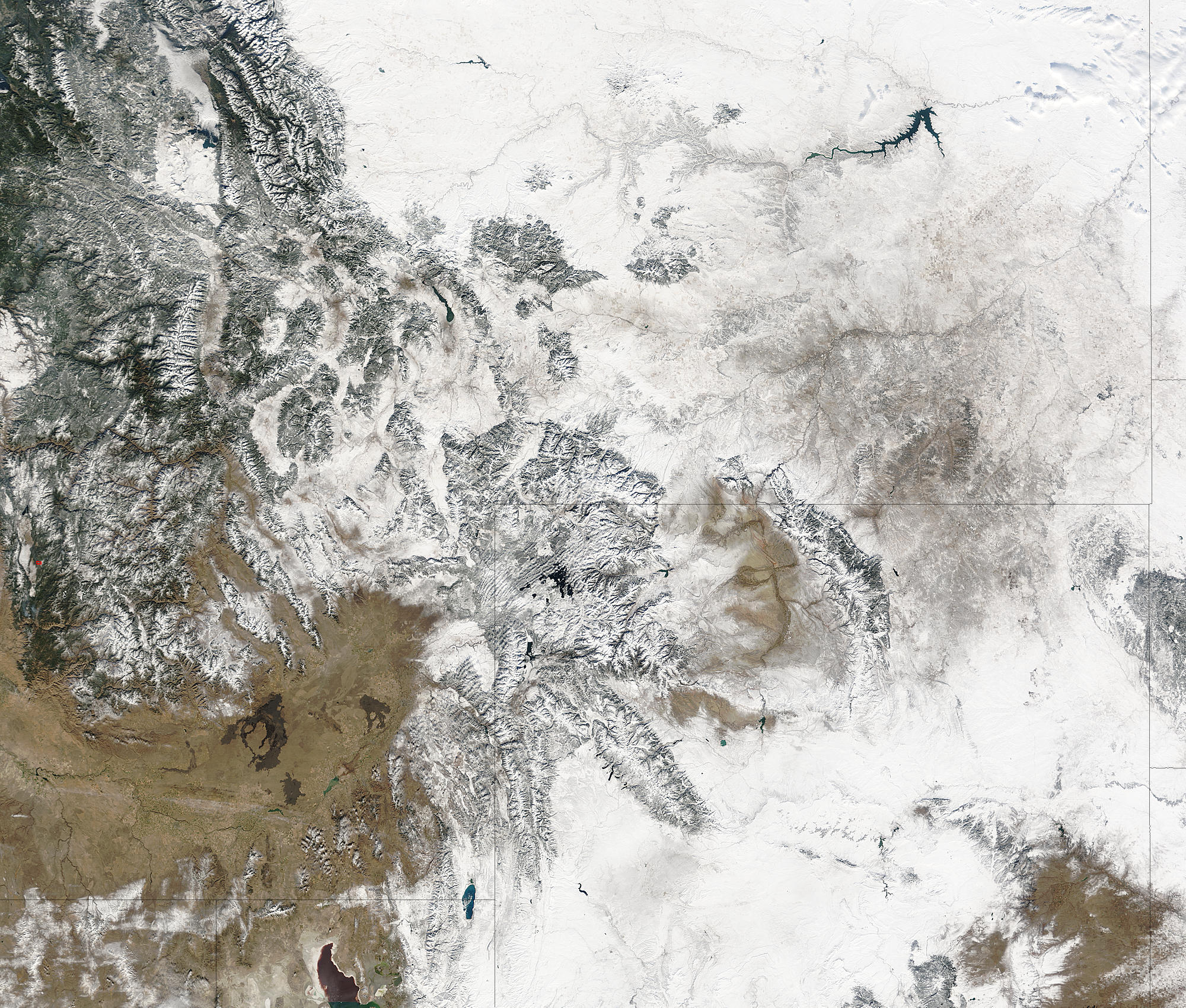 Snow in the northern Rockies and Great Plains

Early winter snow blankets Montana, top right, and Wyoming, bottom right, and creeps into the mountains of Idaho, left. Snow, and the water it supplies, is important in these western states, which rely heavily on agriculture to fuel their economies. Montana devotes more land to agriculture than any other state except for Texas, and Idaho produces more than one-fourth of the US potato crop. The dark up-side-down “v”-shaped lake in the upper right corner of the image is Fort Peck Lake, on the Upper Missouri River. Named after an 1860’s-era trading post, the Lake is the fifth largest man-made reservoir in the United States. It is 134 miles long and up to 220 feet deep. It and many other western reservoirs control water supplies for electricity and irrigation, among other things.

Mountains are also a prominent feature in these states. Multiple ranges of the Rocky Mountains stretch through central Idaho and western Montana and Wyoming. The dark wrinkle of mountains in Wyoming’s upper left corner are part of Yellowstone and Grand Teton National Parks. The red dot on the left edge of the mountains in central Idaho marks the location of a fire. NASA’s Terra satellite captured this true-color Moderate Resolution Imaging Spectroradiometer (MODIS) image on October 6, 2003.