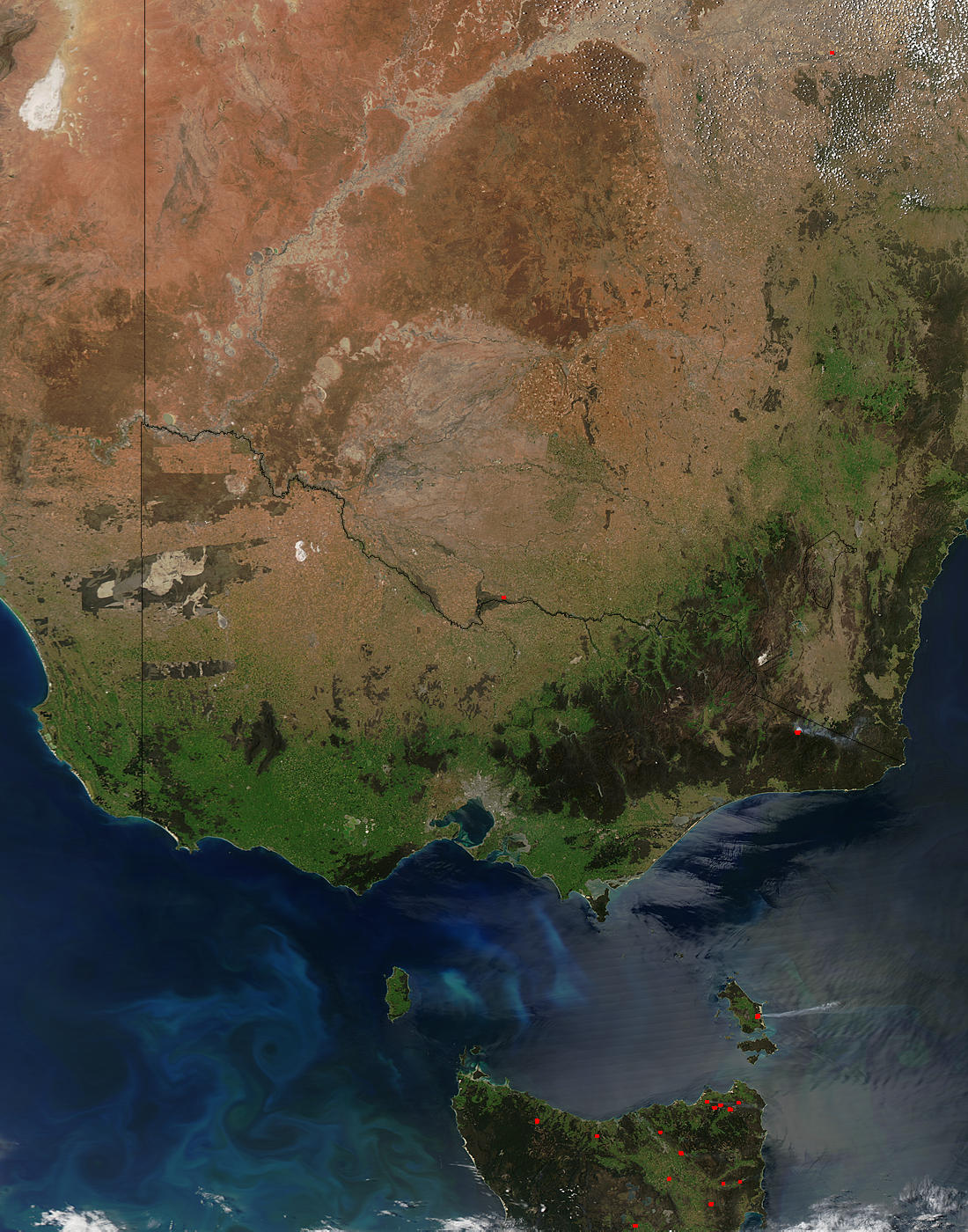 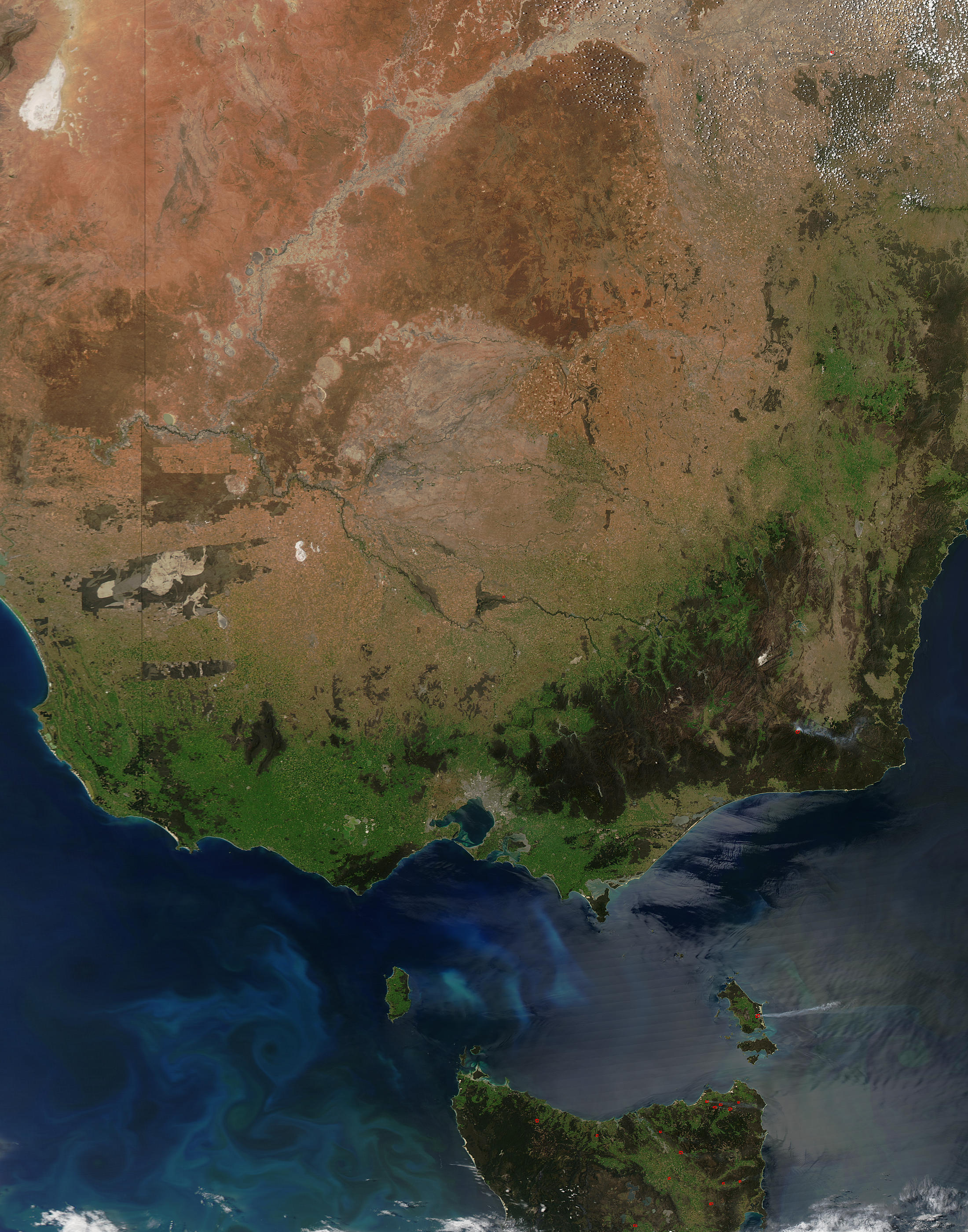 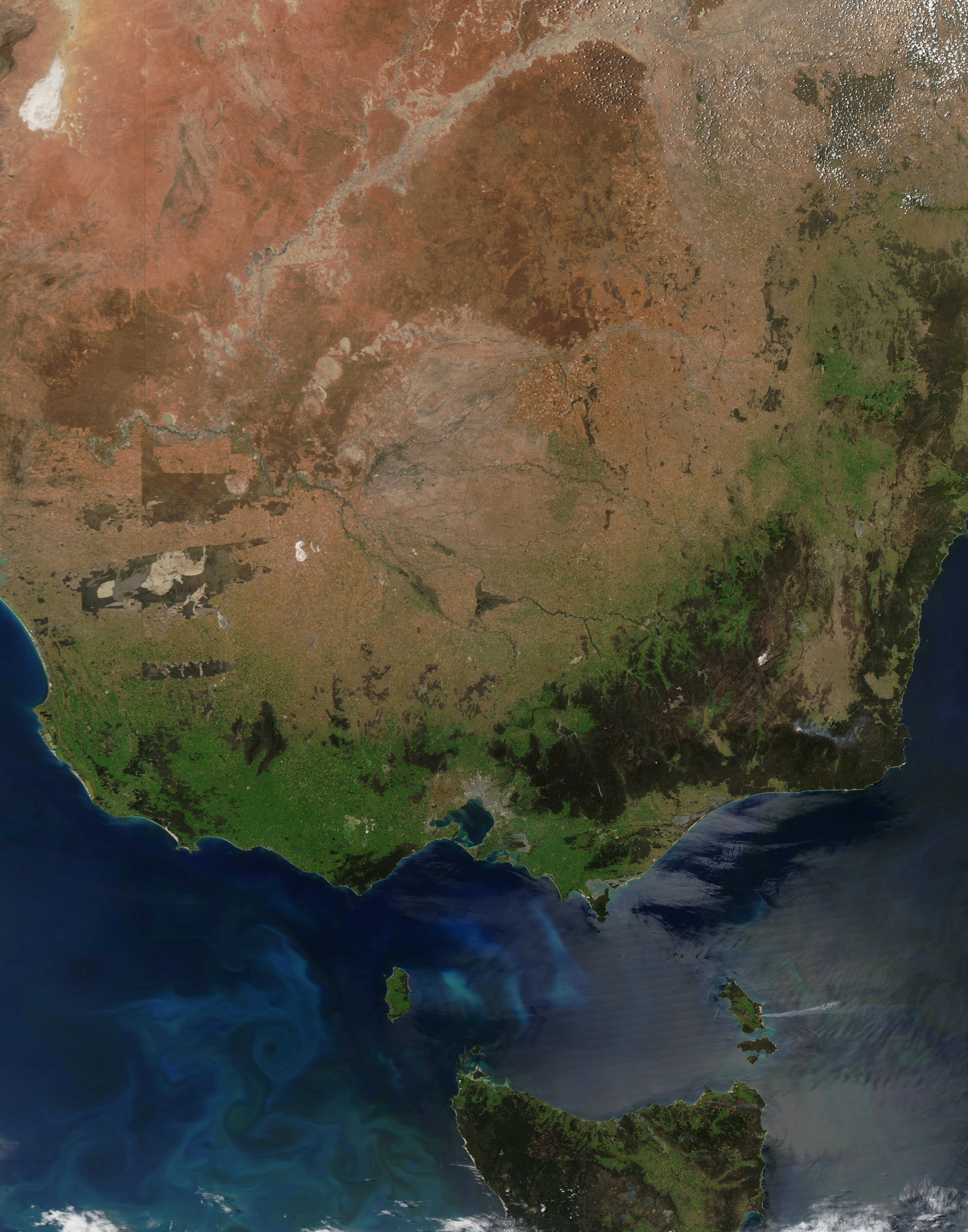 This true-color Moderate Resolution Imaging Spectroradiometer (MODIS) image shows the southeast tip of Australia. The grey region surrounding Port Phillip Bay, center, is the city of Melbourne. The city houses over 3 million people in its 663 square mile sprawl. The lush, green vegetation surrounding the city gives credence to its reputation for a wet and windy climate.

Offshore, the blue and green swirls in the water are probably sediment from rivers flowing off Tasmania, the large island in the bottom center of the image. The swirls could also be phytoplankton, microscopic organisms that use chlorophyll to produce energy like land-based plants. The chlorophyll gives the phytoplankton their green color, which is visible from space when large numbers of the organism group together. The red dots on Tasmania, Flinders Island, and the Australian mainland mark the locations of fires. White plumes of smoke stream from the more intense fires.

The Aqua satellite captured this image on November 14, 2003.