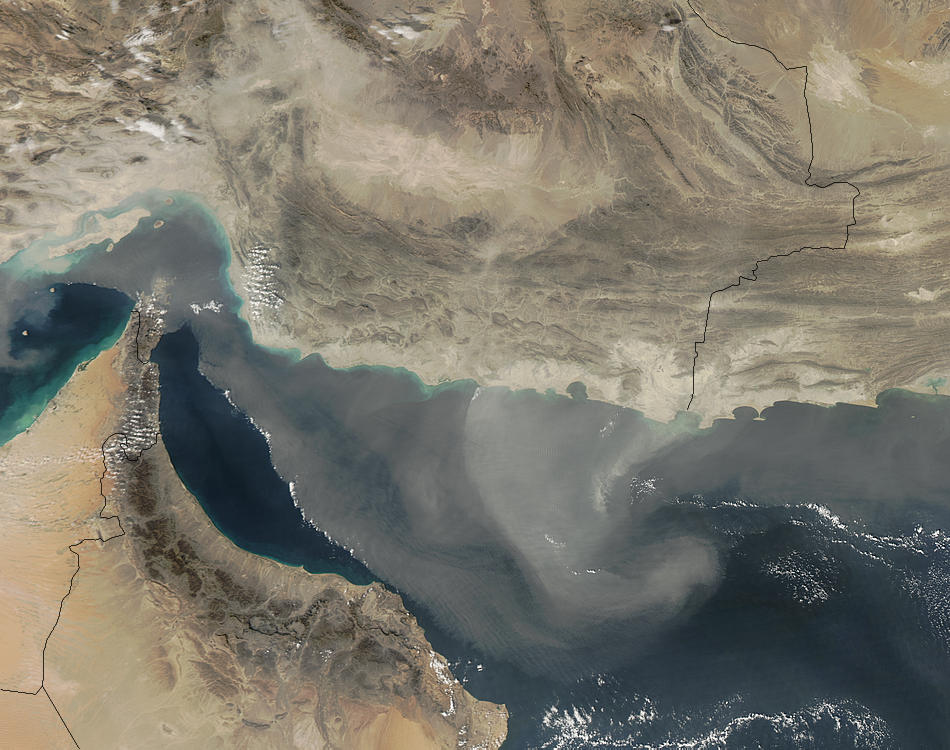 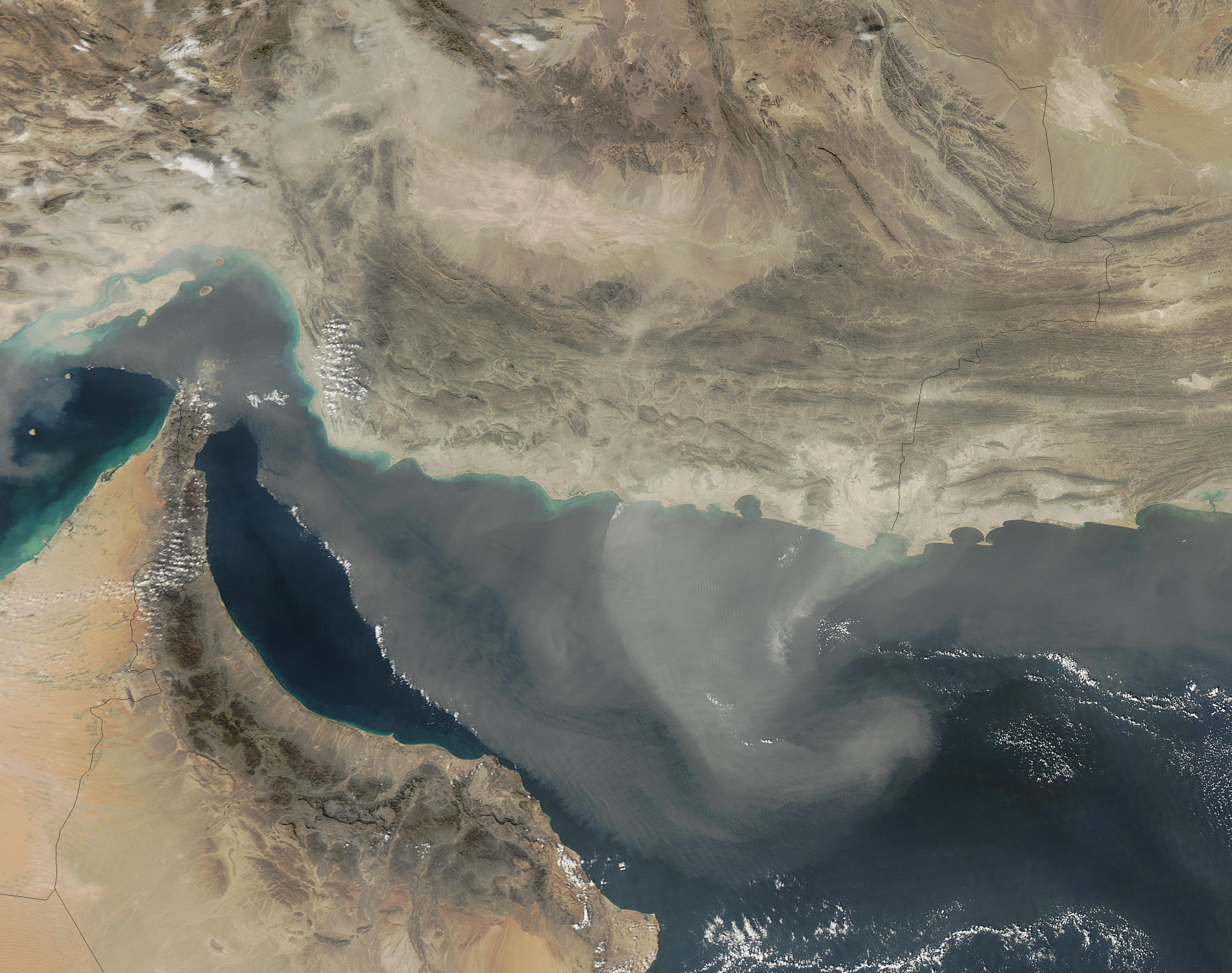 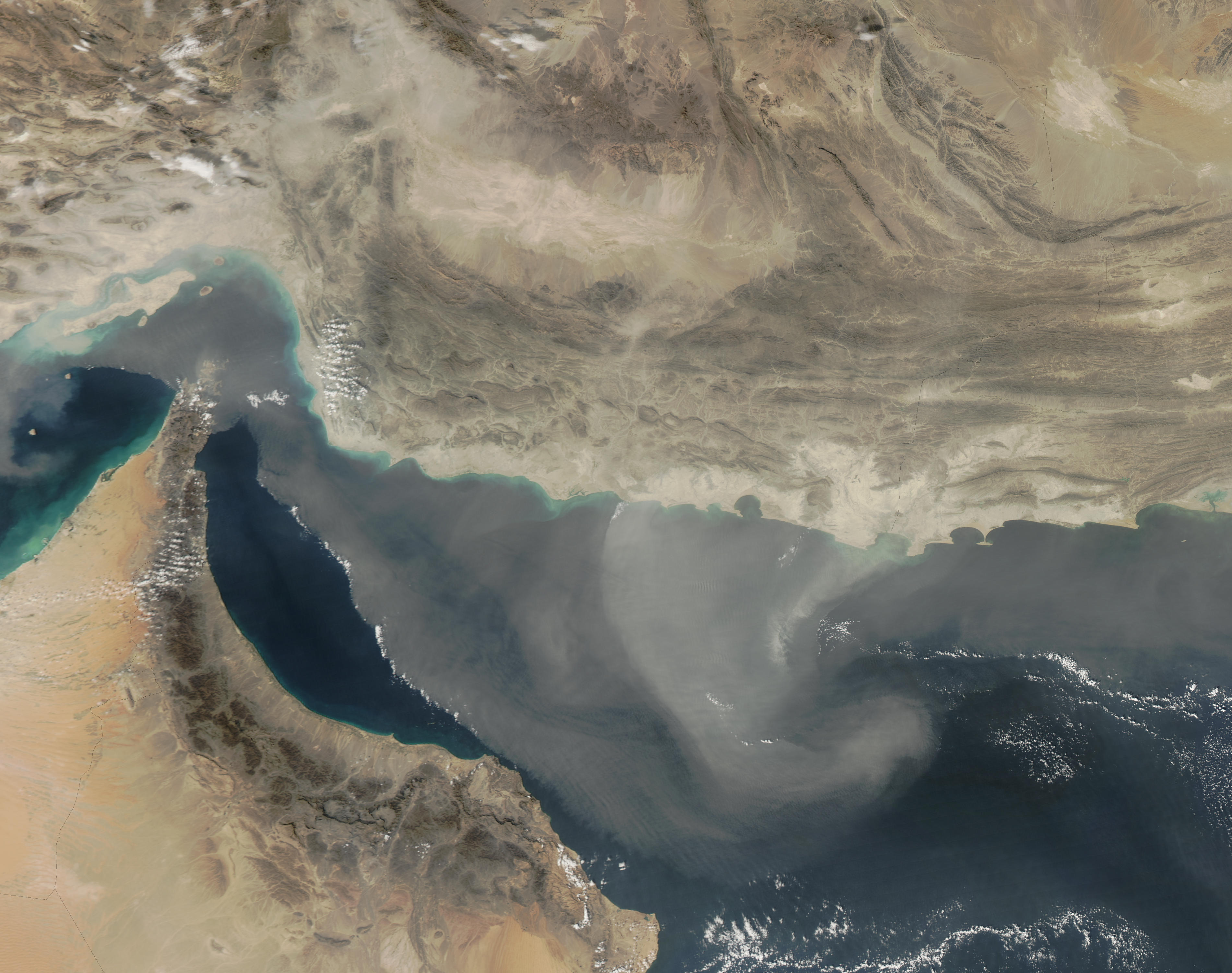 Dust storm in the Gulf of Oman

Normally invisible to the naked eye, air masses become visible when they pick up particles of dust or cloud, as is shown in this true-color Moderate Resolution Imaging Spectroradiometer (MODIS) image taken by the Aqua satellite on November 16, 2003. Winds over Iran and Pakistan picked up dust from the deserts and carried it out over the Gulf of Oman, casting a gray and tan veil over part of the scene.

Because of the dust, a couple of features in the air become apparent. First, movements in the wind become visible. Winds from Pakistan and Iran were moving out over the water, and where winds moving different directions met, they curved into a spiral.

Second, different layers of air become visible. The lowest layer of air carries most of the clouds in this image. The clouds look like little white bits of fluff, and are scattered over both land and water. Another layer of air carries the dust, and makes some of the low-level clouds appear blurry.

Finally, air masses can be huge, and move on massive scales. The distance covered by just the southwestern edge of the dust storm covers over 500 kilometers (310 miles), roughly the distance between London and Paris. Like water, air moves in currents that can easily stretch for thousands of kilometers.