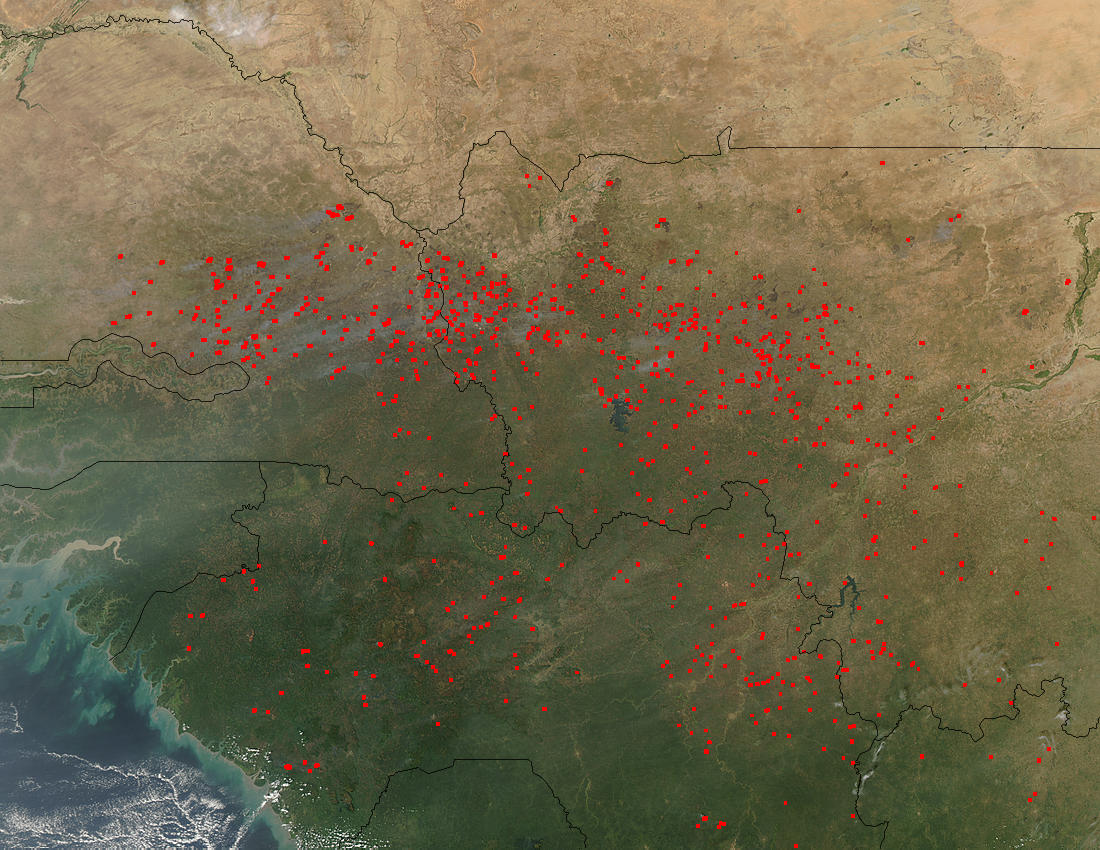 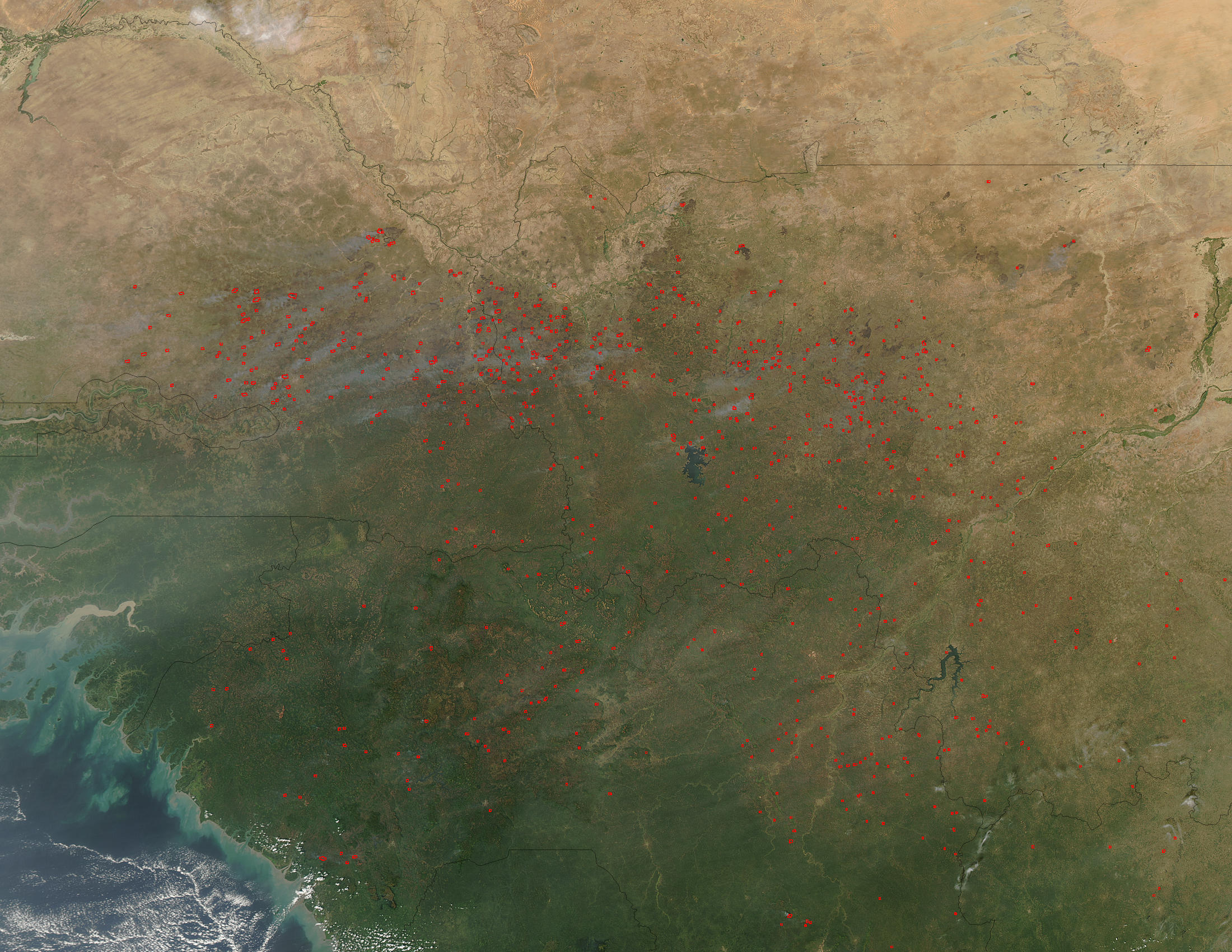 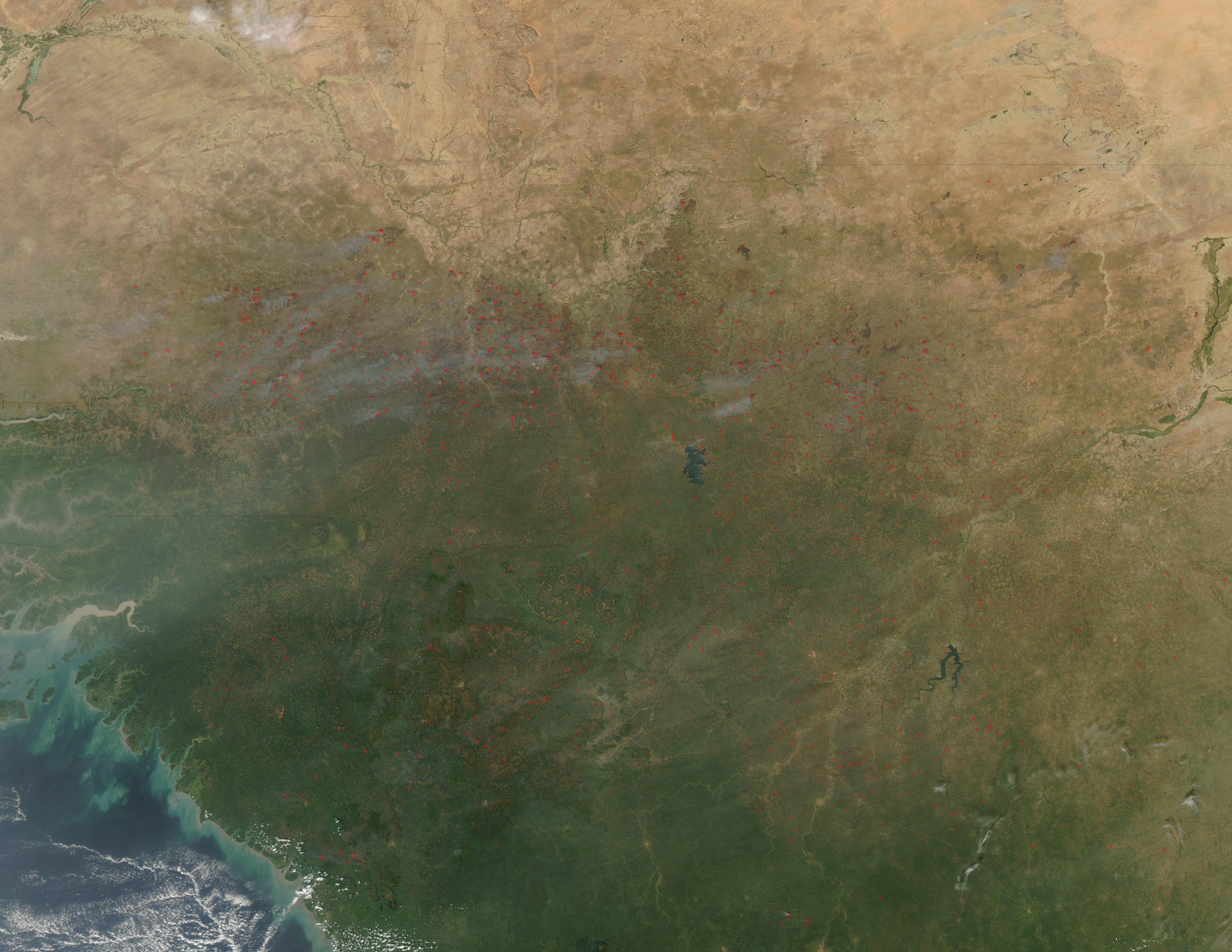 Fire activity in Africa south of the Sahara Desert migrates across the continent with the seasons. In the Sahel and savannas just south of the Sahara, the agricultural burning season begins in fall and progresses toward a peak of activity in mid-winter. In this image of western Africa, fires (marked in red) have been detected across several West African nations: (clockwise from right center) Mali, Ivory Coast, Guinea, Sierra Leone, Guinea-Bissau, Senegal, and the Gambia. At top is Mauritania. This image was captured by the Moderate Resolution Imaging Spectroradiometer (MODIS) on the Aqua satellite on November 14, 2003.