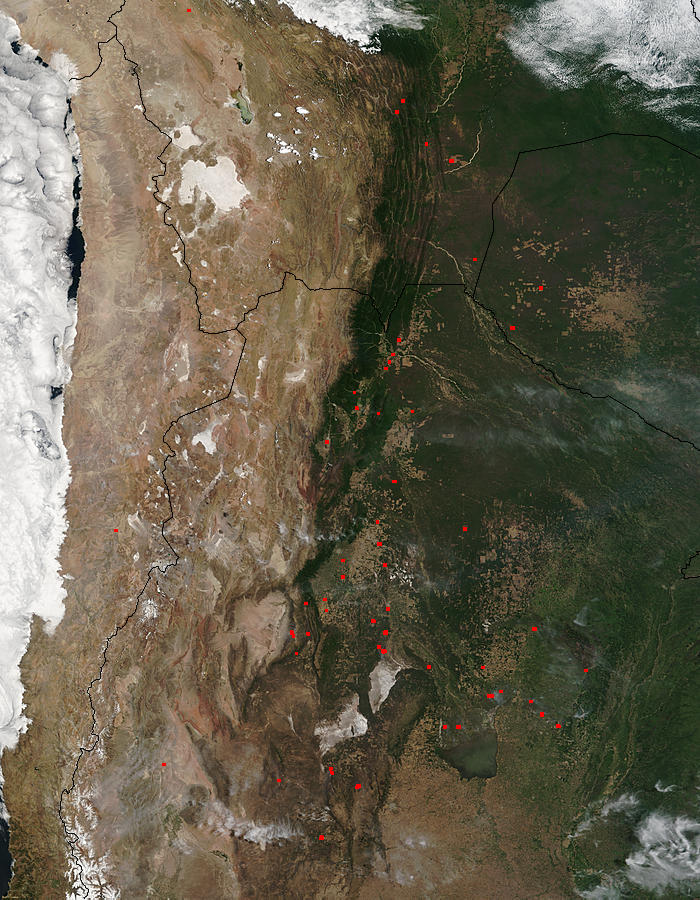 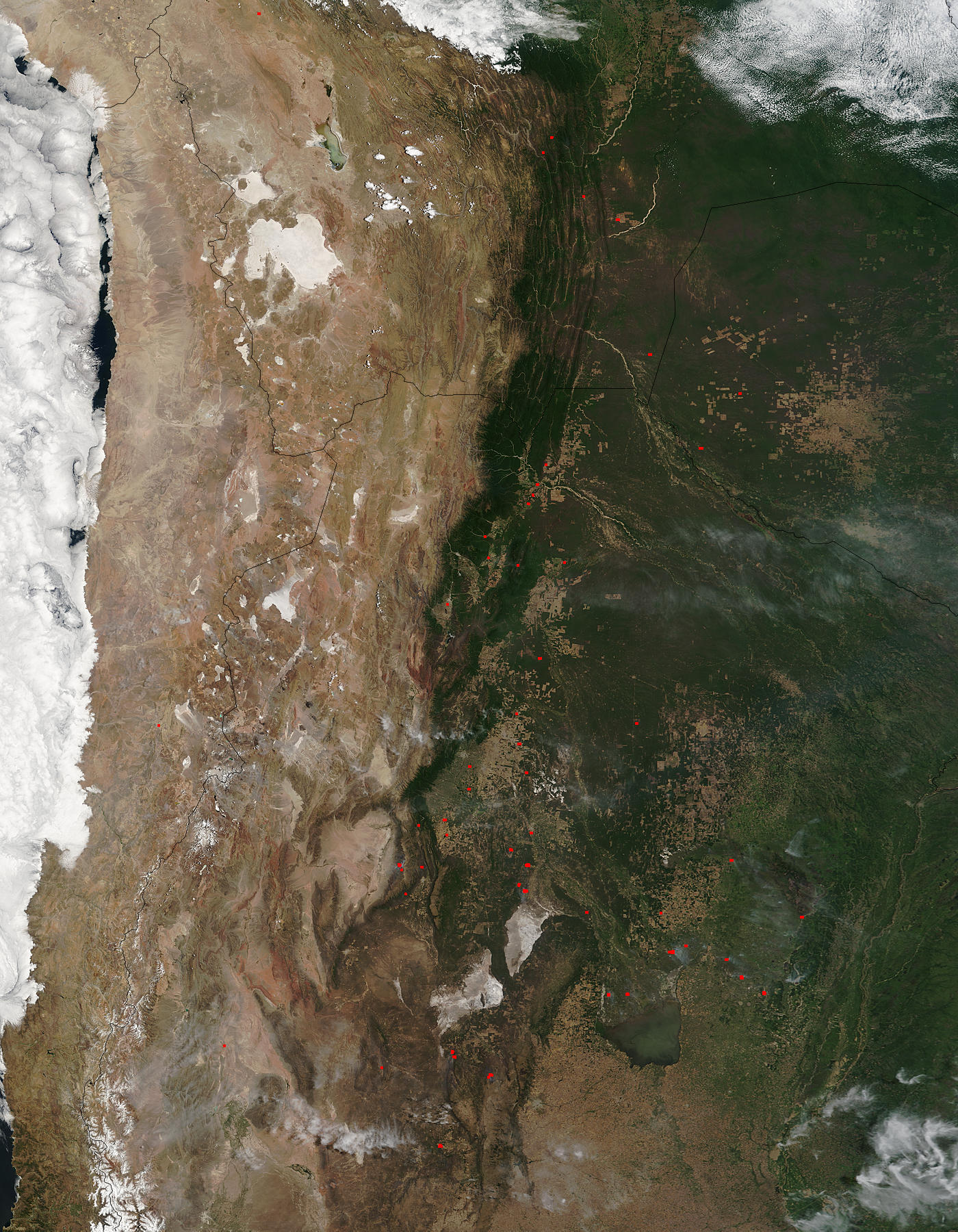 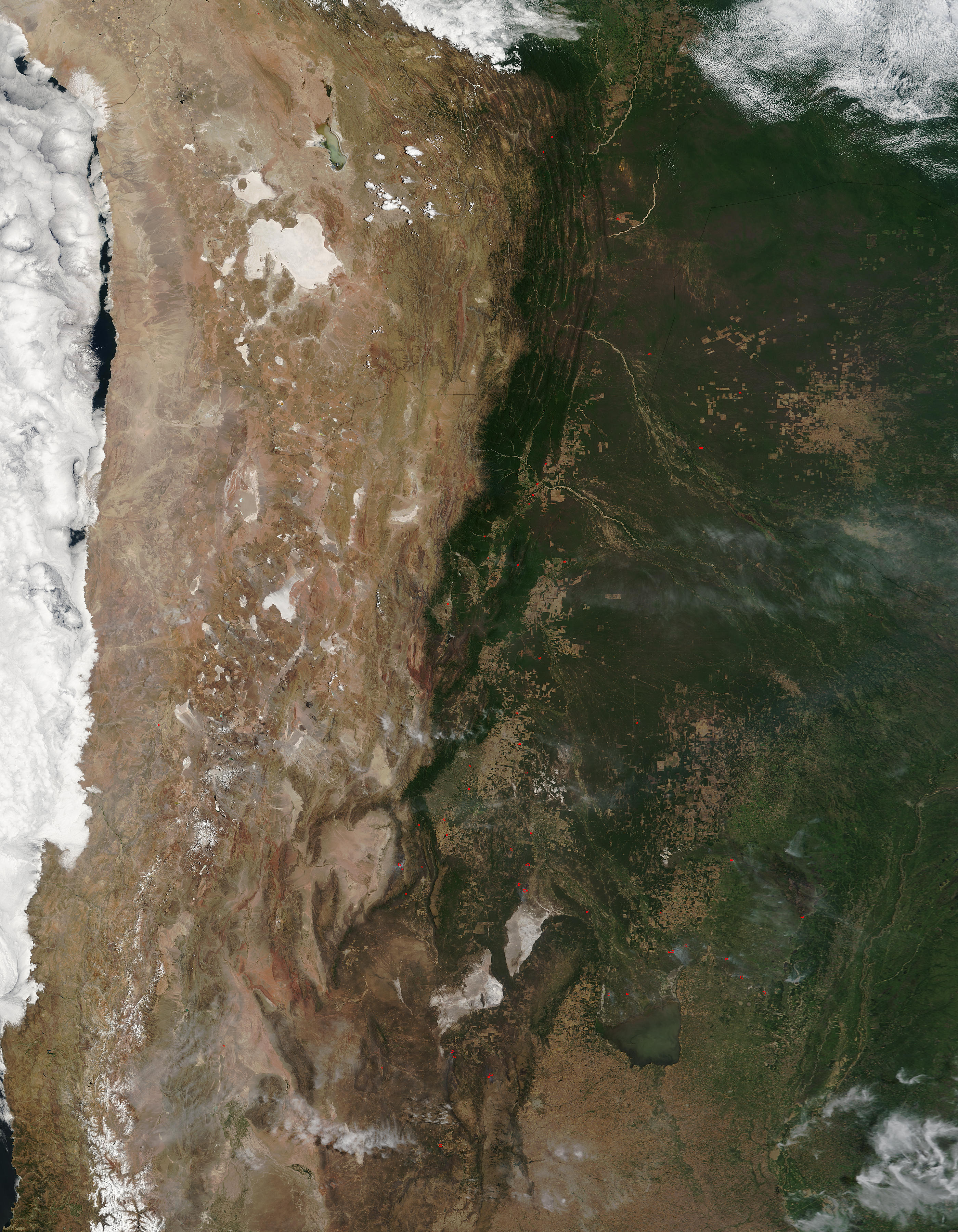 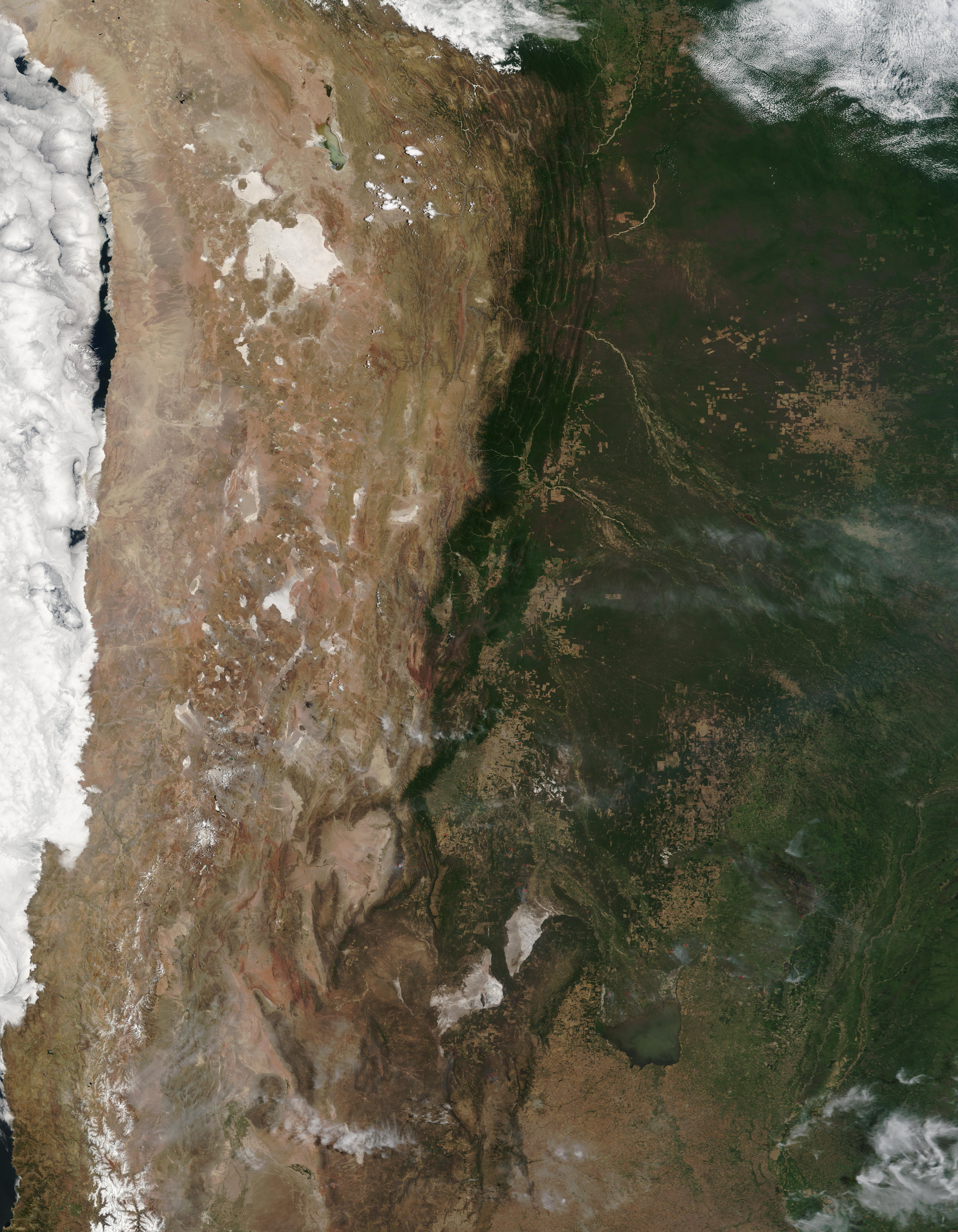 South America is a land of contrasts, especially along the Andes Mountain Range. On the western side of the Andes, high elevations and limited rainfall keep the landscape brown, mostly barren, and sparsely inhabited. Permanent sources of freshwater are limited; the Lago de Poopo in southwestern Bolivia (upper image left) is the largest lake visible here, yet it is filled with saltwater, not fresh. Salar de Copiasa, the salt flat to Poopo’s west, fills when the lake floods, but otherwise is dry year round. Another, much larger salt flat lies to the southeast: the Salar de Uyuni. Smaller salt flats dot the Andes, especially along the Chile-Paraguay border.

Yet on the eastern side of the Andes, the land is lush and green year-round. Red dots scattered throughout the scene mark locations where the Moderate Resolution Imaging Spectroradiometer (MODIS) detected fires, which are commonly used to clear land of forest for grazing and farming. Smoke from those fires casts a thin gray veil over the central part of the scene.

This true-color MODIS image was acquired on November 19, 2003 by the Terra satellite.