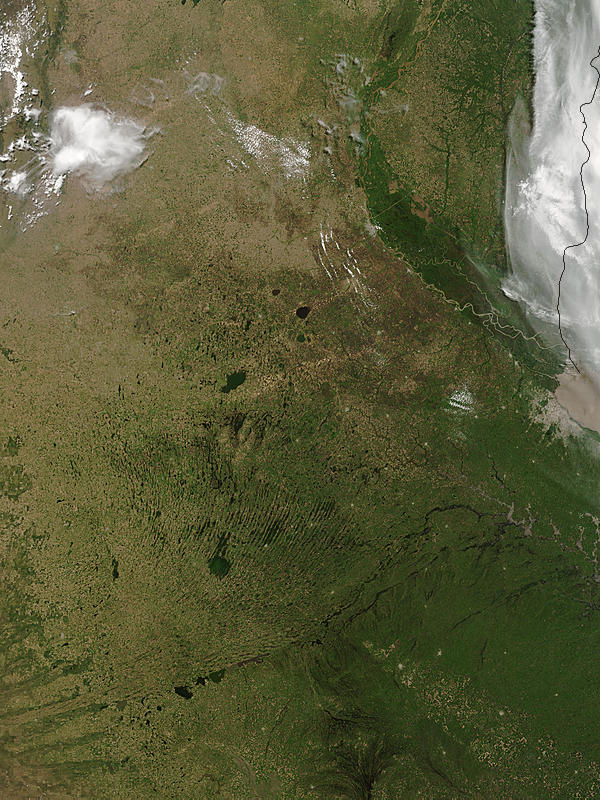 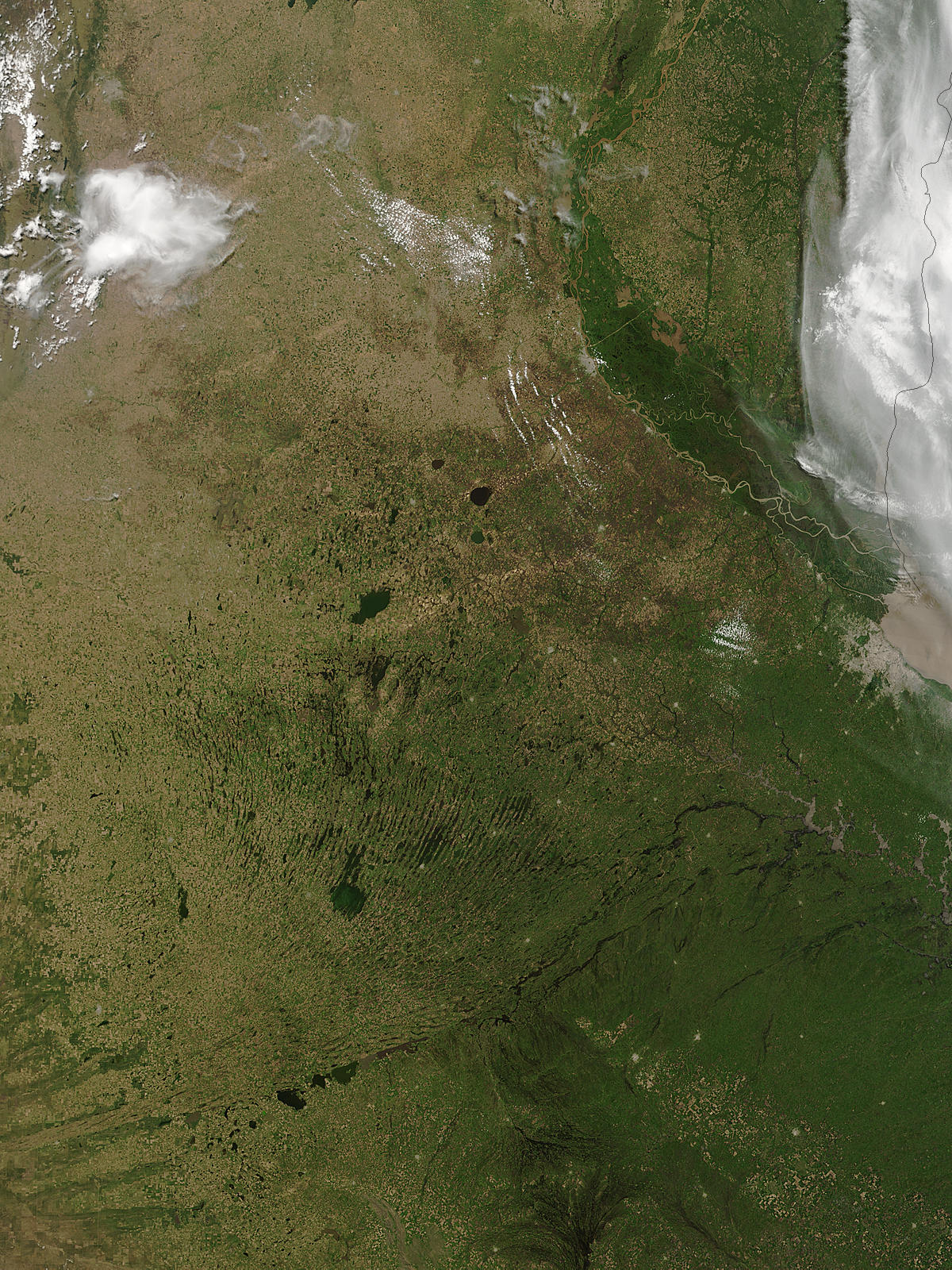 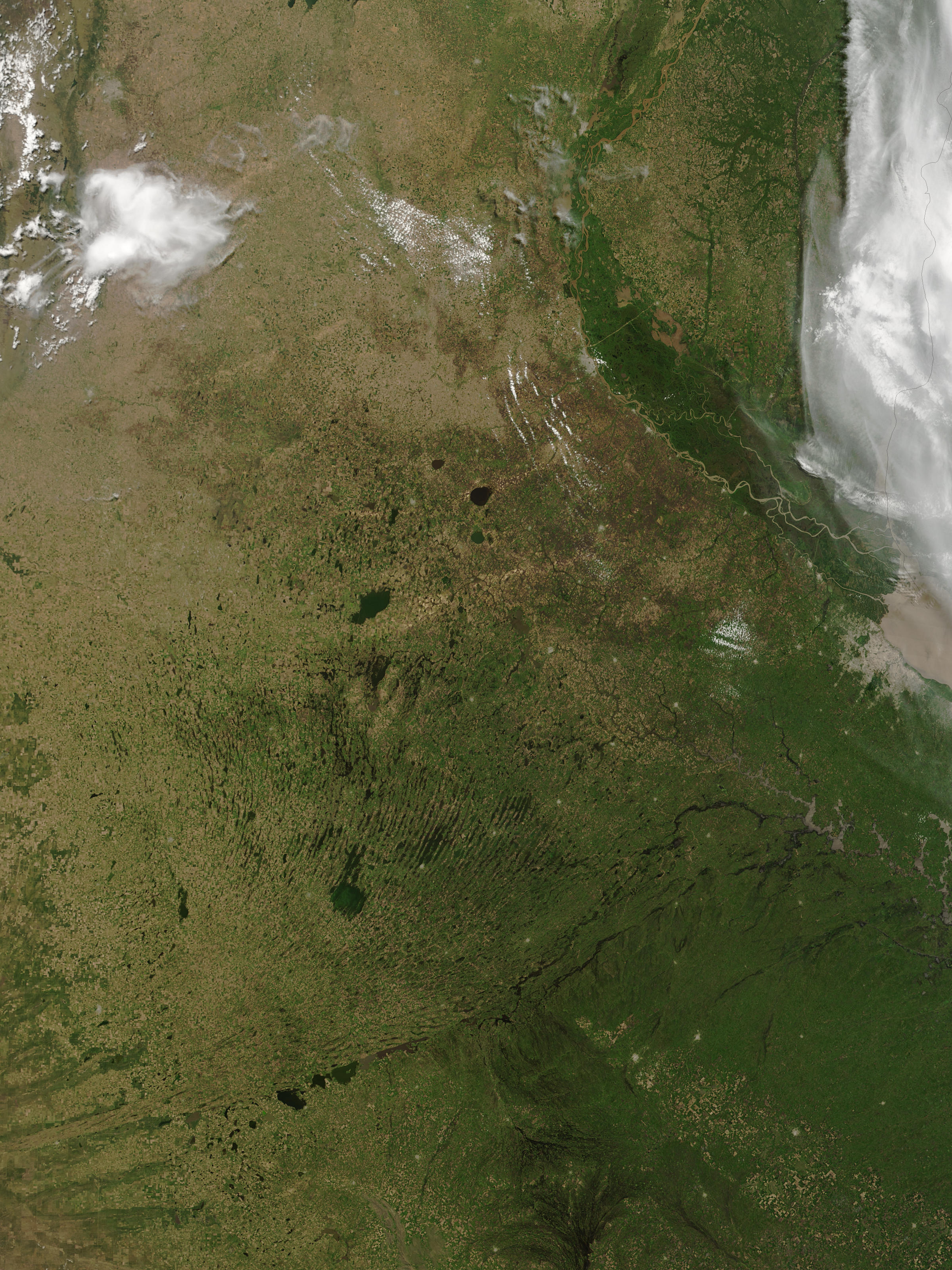 As the summer begins in the southern hemisphere, farmers in Argentina are facing difficult decisions. The soil in some of the most important crop growing areas is dry, and that has delayed planting. Analysts at the US Department of Agriculture’s Foreign Agricultural Service (FAS) predict below-average yields for corn, sunflower seeds, sorghum, and peanuts.

The most severe drought and subsequent planting delay is in the Cordoba Province, image left. Corn is typically planted in this area, but the delay has shortened the growing season. Farmers can plant late and expect a smaller harvest, plant corn for silage, or plant another crop such as soybeans. Many have already switched to soybeans, the FAS reports. The shortened growing season may also decrease the soybean yield, but with more soybeans planted than normal, the harvest should be larger than average.

Even harder hit are the peanut and sorghum crops. Sorghum production is expected to be 25 percent lower than last season, and peanuts could be down by 10 percent from last season.

These true-color Moderate Resolution Imaging Spectroradiometer (MODIS) images show the contrast between this year and last year. Large tan regions in the image taken on November 20, 2003 indicate less vegetation than the image taken on November 15, 2002. Though rains in the first week of December brought relief to this region, more moisture is still needed for developing crops.

On the left side of the image, the Rio de la Plata forms the border with Uruguay. The cement-colored patch on the western shore is the Argentine capital city, Buenos Aires.

Caption information courtesy Bob Tetault, an analyst at the Foreign Agricultural Service at the US Department of Agriculture.