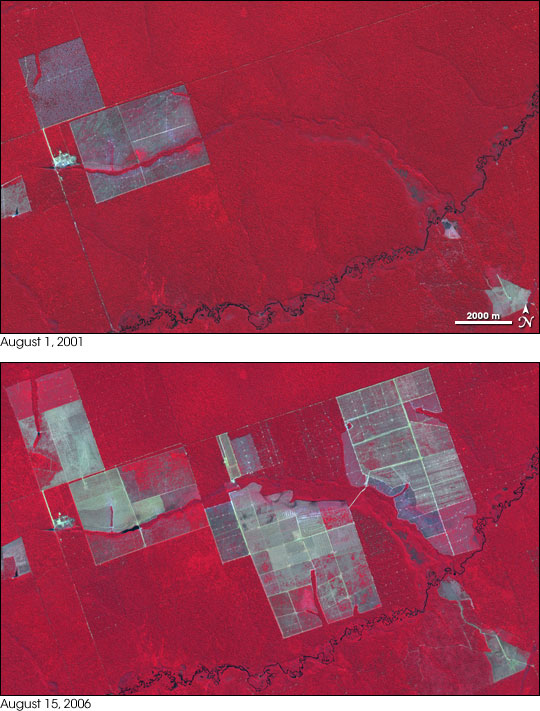 Although forest clearing for pasture is the primary driver of Amazon deforestation in the state of Mato Grosso, Brazil, a new study led by scientists at the University of Maryland showed that large-scale mechanized agriculture, mostly for soybeans, is rapidly becoming a major force behind forest loss in the region.

NASA images by Robert Simmon, based on data provided by the NASA/GSFC/METI/ERSDAC/JAROS, and U.S./Japan ASTER Science Team