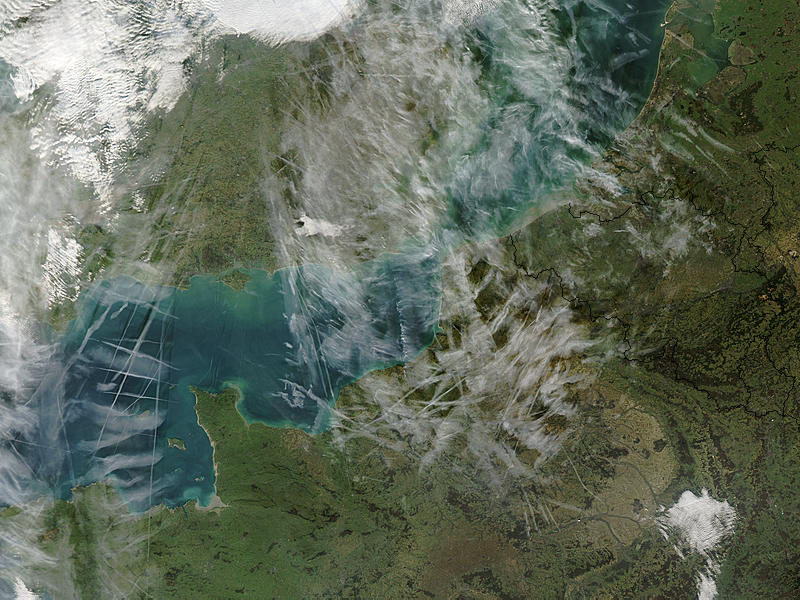 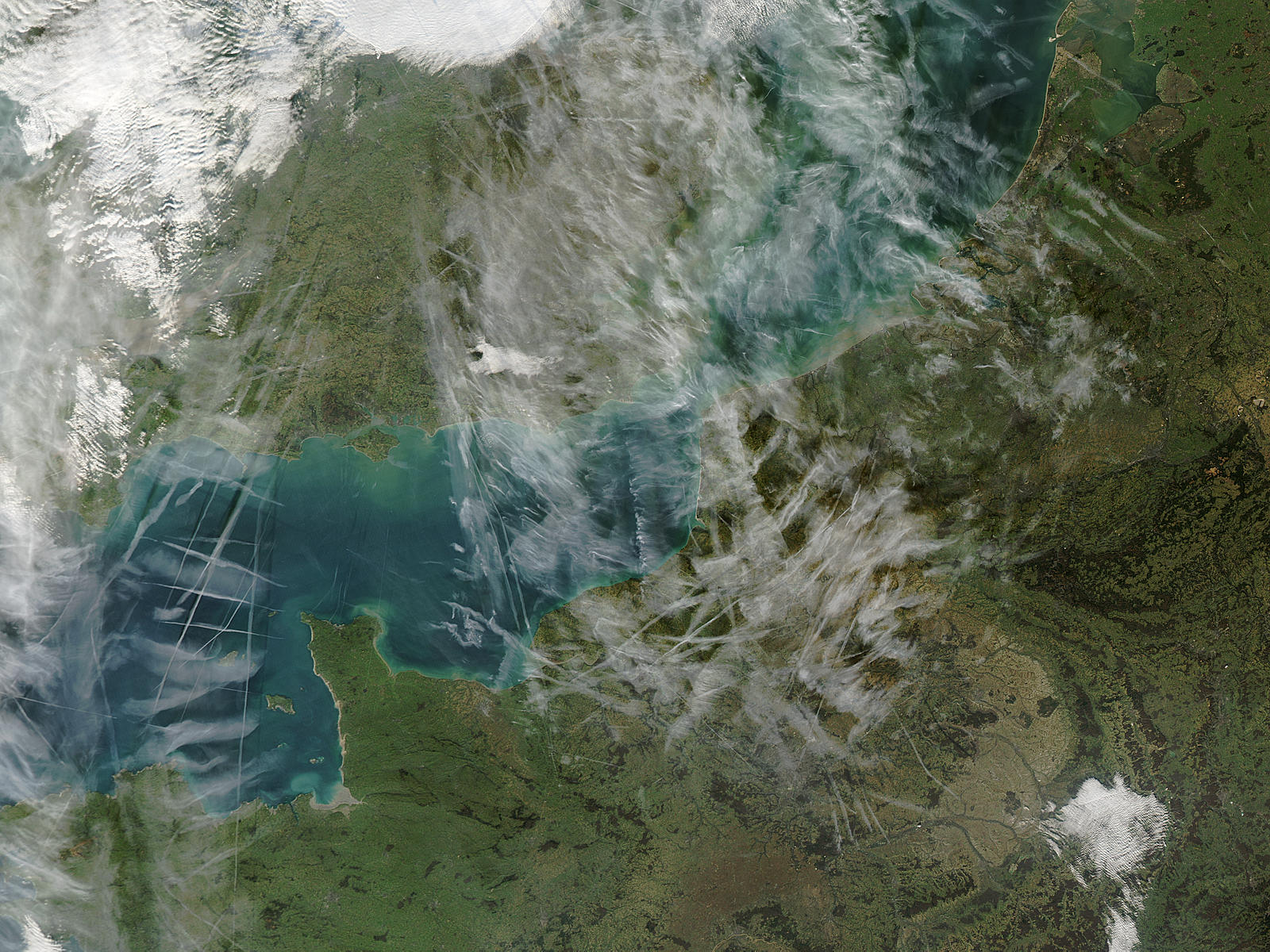 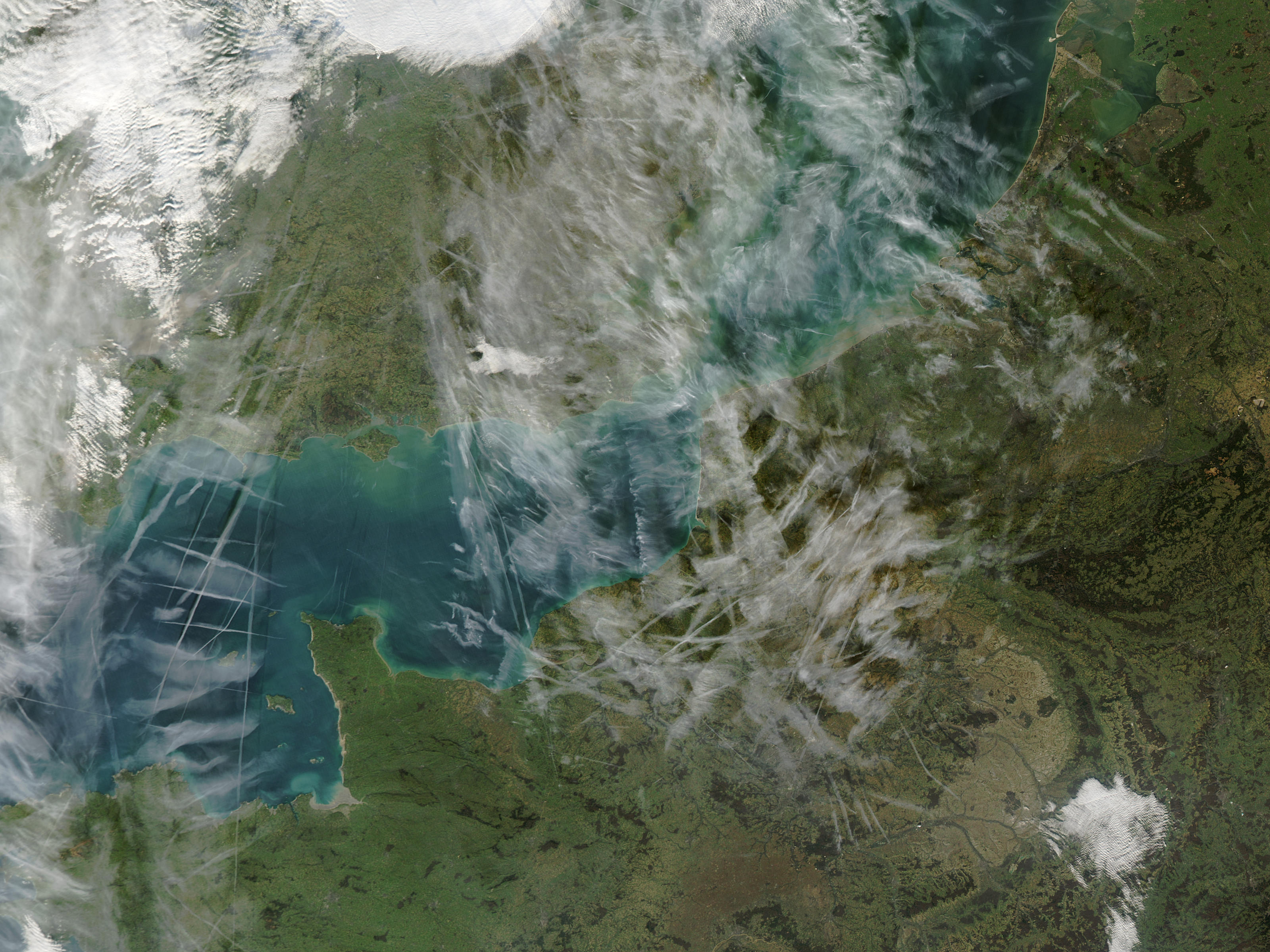 Numerous airplane contrails crisscross the English Channel, providing visual proof of how common air travel is. Contrails form when hot, humid jet exhaust is expelled into the cold air at high altitudes, typically more than 8 kilometers (5 miles), above the ground. The exhaust freezes directly into ice crystals, forming thin streaks along the path of the jet. The resulting condensation trails only last a few hours, as can be seen in this Moderate Resolution Imaging Spectroradiometer (MODIS) image pair. Many of the contrails that were visible in the morning overpass have faded in the afternoon overpass. This image pair, acquired on December 9, 2003, by the Aqua and the Terra satellites, also shows the increase in air traffic during the day. Many more contrails are visible in the afternoon compared to the morning.