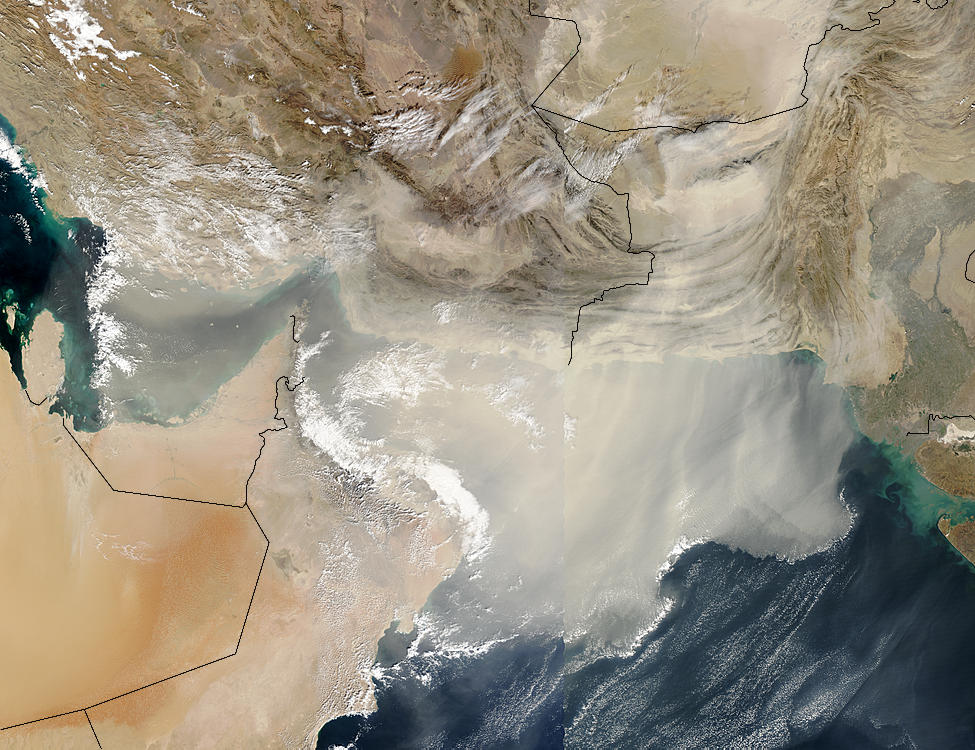 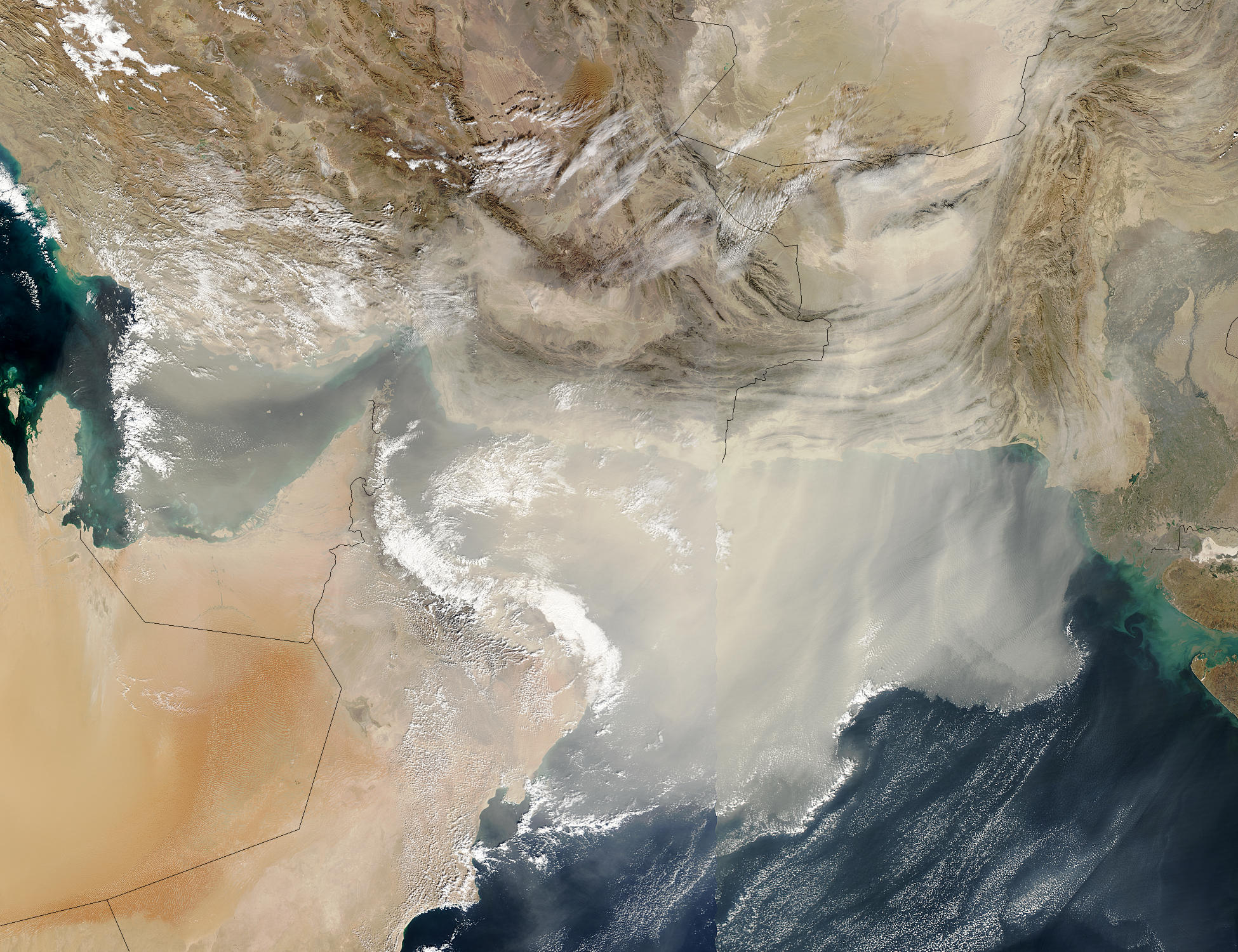 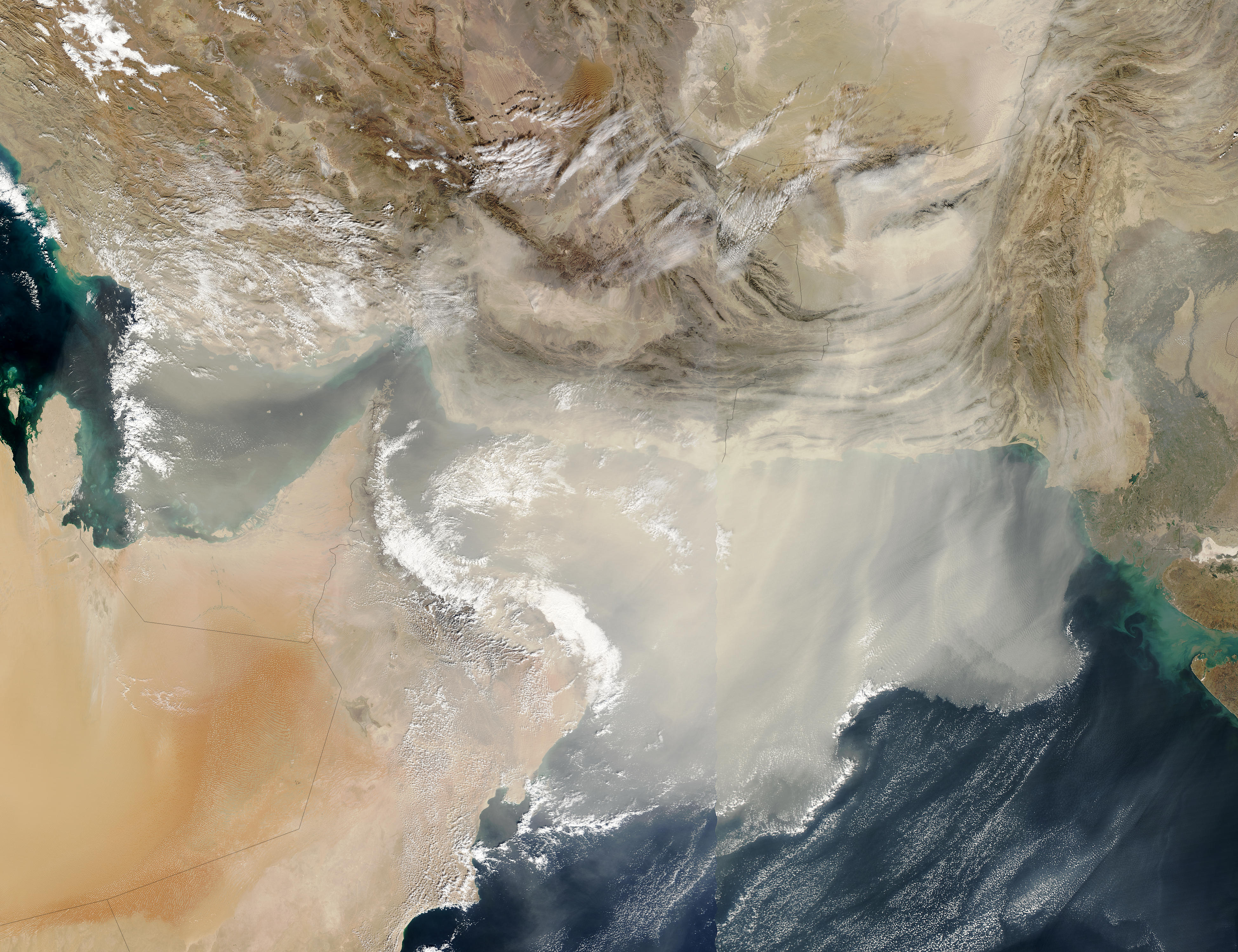 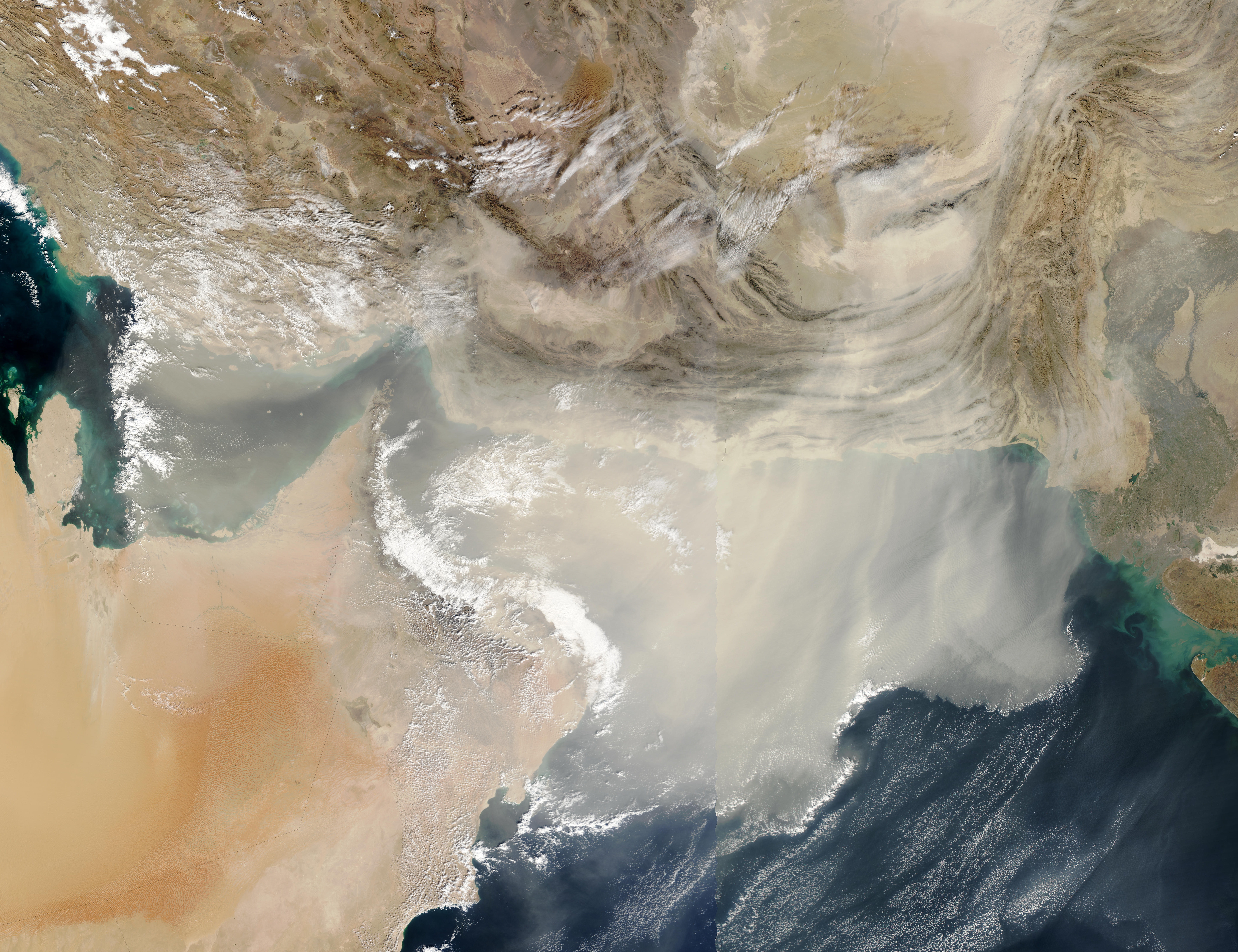 Dust storm over the Arabian Sea and the Persian Gulf

A dust storm was blowing large quantities of dust out over the Persian Gulf and Arabian Sea on Saturday, December 13, 2003. In this true-color composite scene, acquired by the Terra and Aqua Moderate Resolution Imaging Spectroradiometer (MODIS) instruments, the dust storm (light brown pixels) can be seen extending from the Arabian Peninsula (left) eastward over the Persian Gulf and the Gulf of Oman toward the Arabian Sea. Parts of southern Afghanistan and much of Pakistan are also covered by airborne dust.

Farther to the east, over northwestern India, there appears to be an extensive plume of another aerosol type. The grayish color of the haze there suggests it is of human origin.