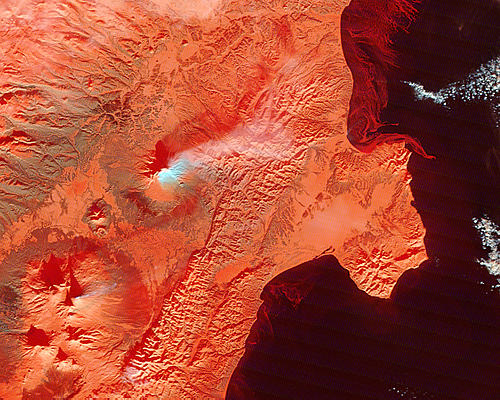 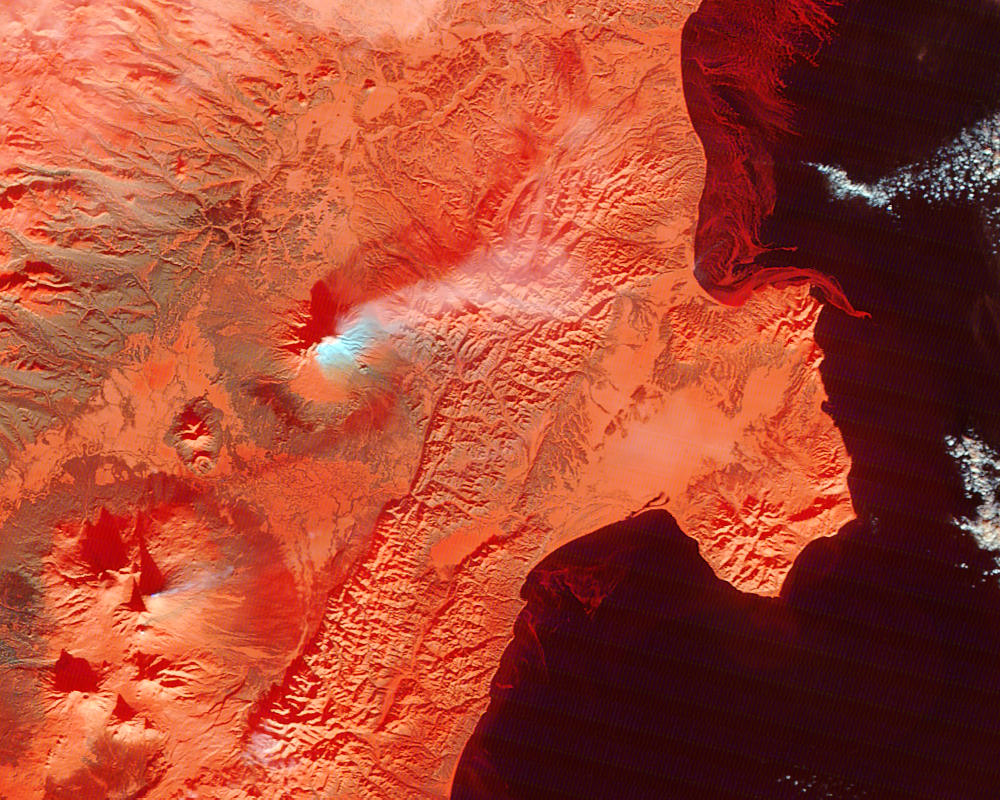 Klyuchevskaya Sopka, the largest volcano on the Russian peninsula of Kamchatka, and Shiveluch, a neighboring volcano, are becoming active again. According to news reports, Klyuchevskaya is sending ash to a height of 50 meters. The 15,863-foot tall volcano is the region’s most active. Its most recent eruption ended in January of 2003.

Shiveluch erupted on January 11, 2004, sending volcanic ash to a height of 1.5 kilometers, and rock and melted snow down the mountainside. At a height of 10,771 feet, Shiveluch is one of the region’s largest and most active volcanoes. Its last eruption, which lasted for two years, ended late last year.

The ash plumes from both volcanoes are visible in this false-color Moderate Resolution Imaging Spectroradiometer (MODIS) image. Acquired by the Terra satellite on January 12, 2004, the image shows ice and snow in red and clouds in peach and white. The white and light blue of the ash plumes stand out against the red background, marking the location of the volcanoes. Shiveluch, top, is sending out a large plume. Klyuchevskaya, below Shiveluch and to the left, has a thin, barely-visible plume of ash flowing east from its top.