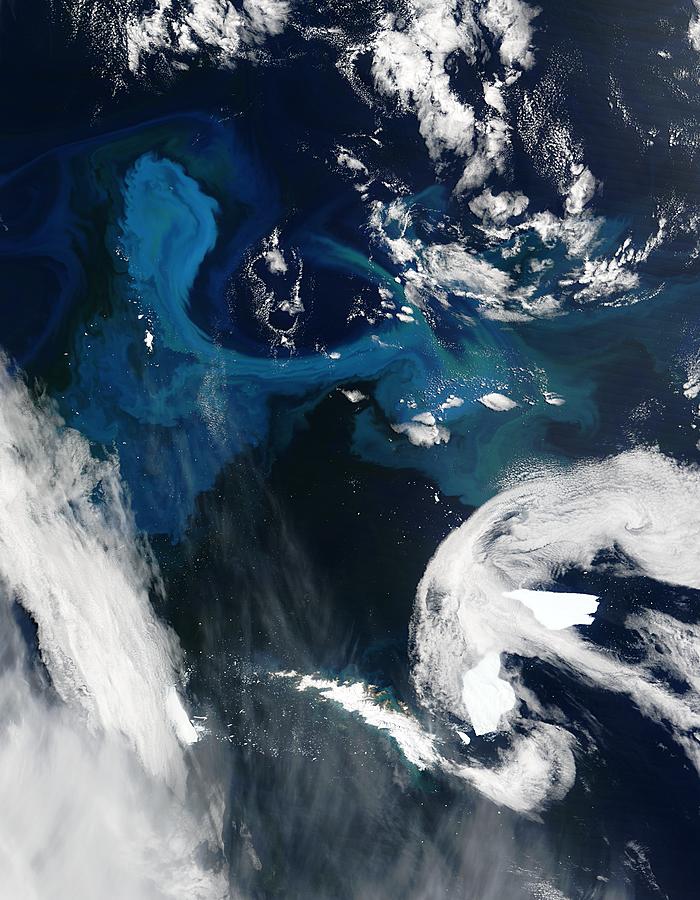 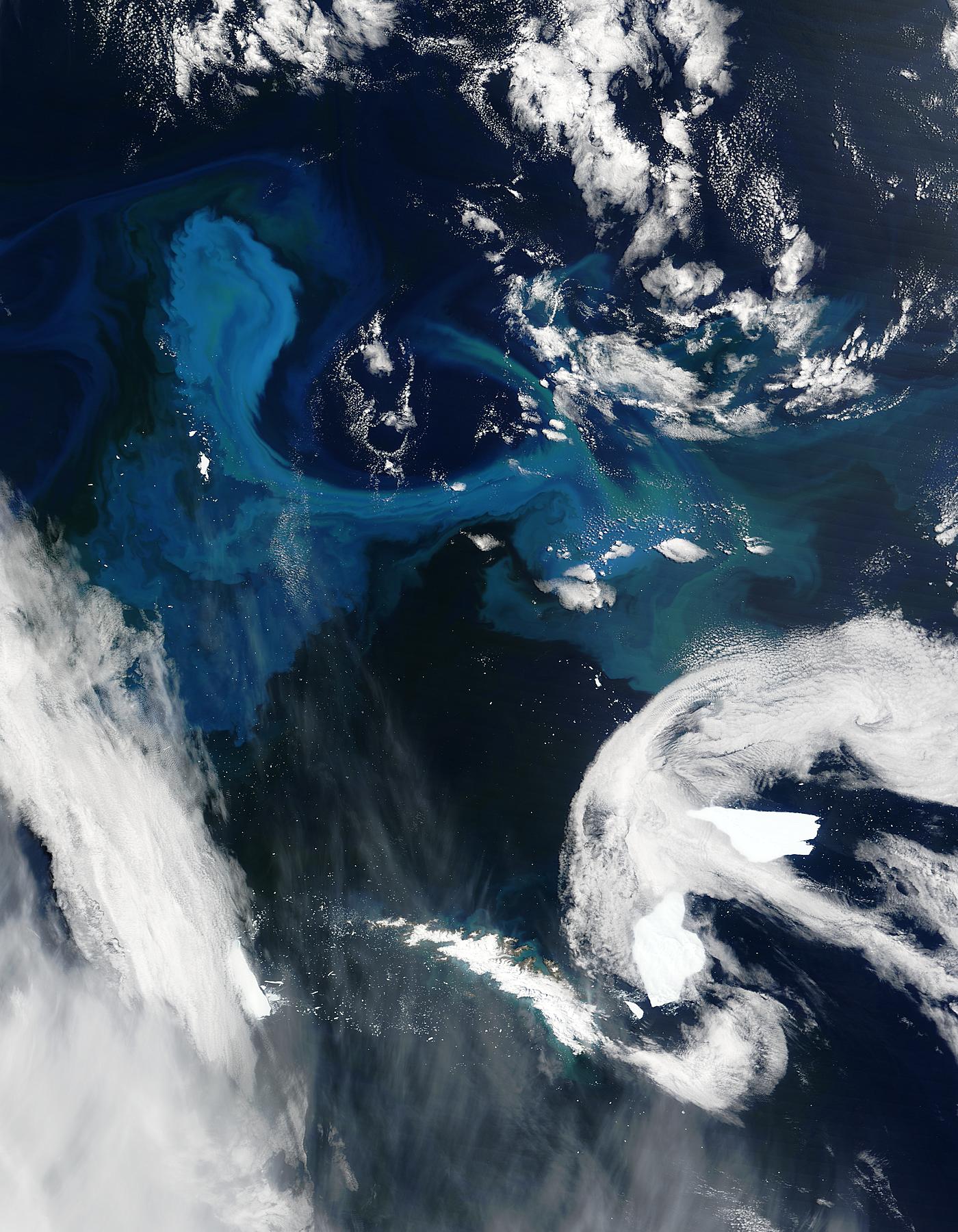 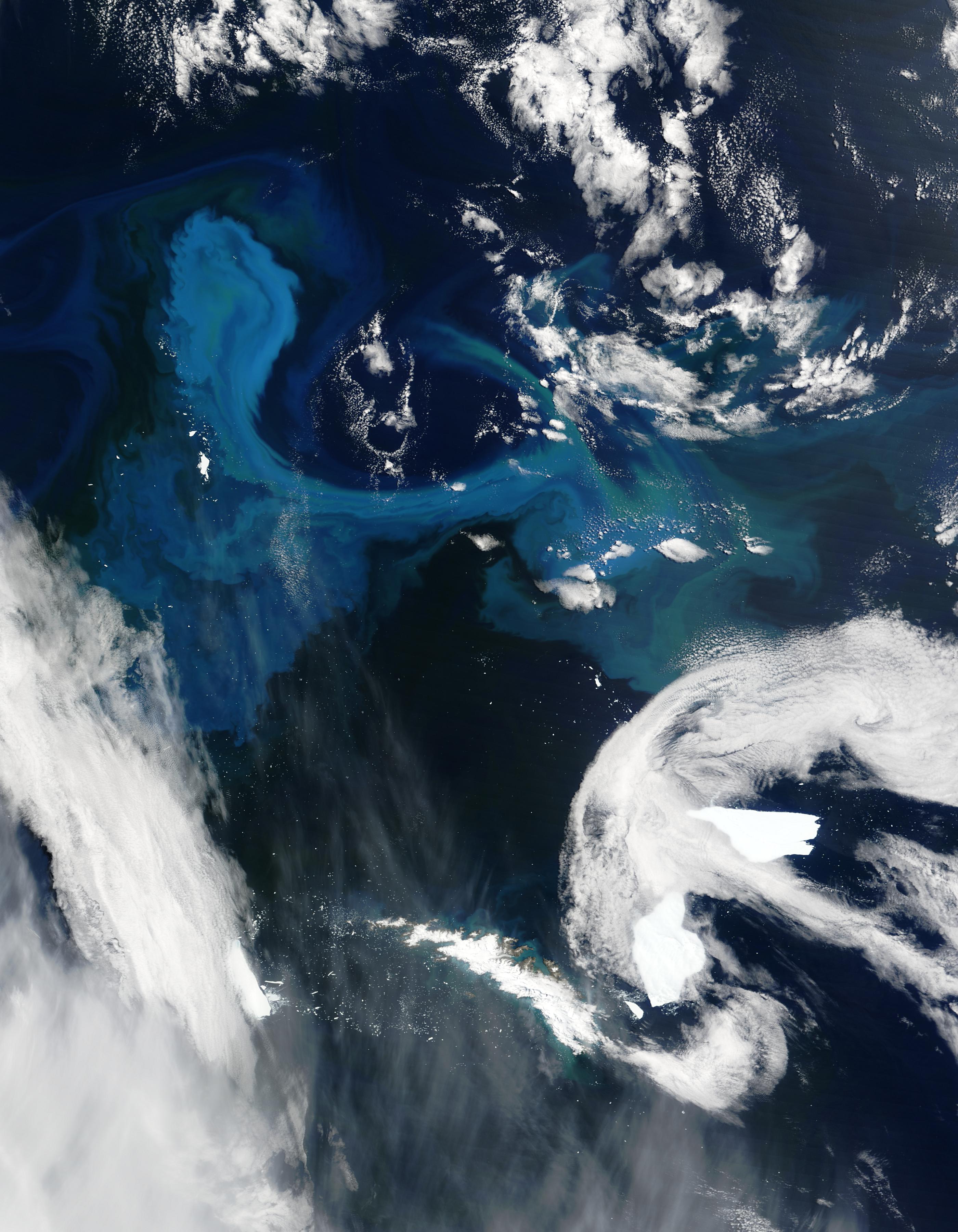 Large, brilliant clouds of blue in the dark waters of the South Atlantic are phytoplankton blooms. Phytoplankton are tiny plants that grow near the surface of the ocean. They tend to thrive in cool areas where ocean currents supply nutrients from the sea floor, and when millions bloom in one place, they are clearly visible from space. Here, chlorophyll gives the water a green tint, while the white scales that coat the plants, viewed through ocean waters, color the ocean blue. This bloom is immediately north of South Georgia Island, the crescent-shaped island in the lower center part of the image. To its right, two massive icebergs are drifting north from Antarctica. This scene was acquired by the Moderate Resolution Imaging Spectroradiometer (MODIS) on NASA’s Terra satellite on January 16, 2004.