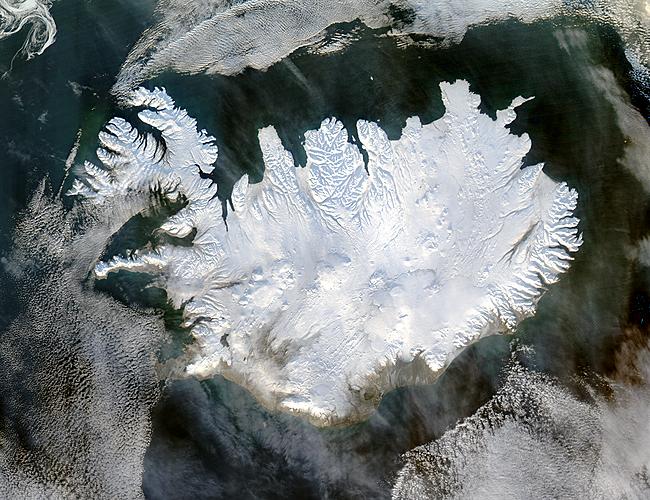 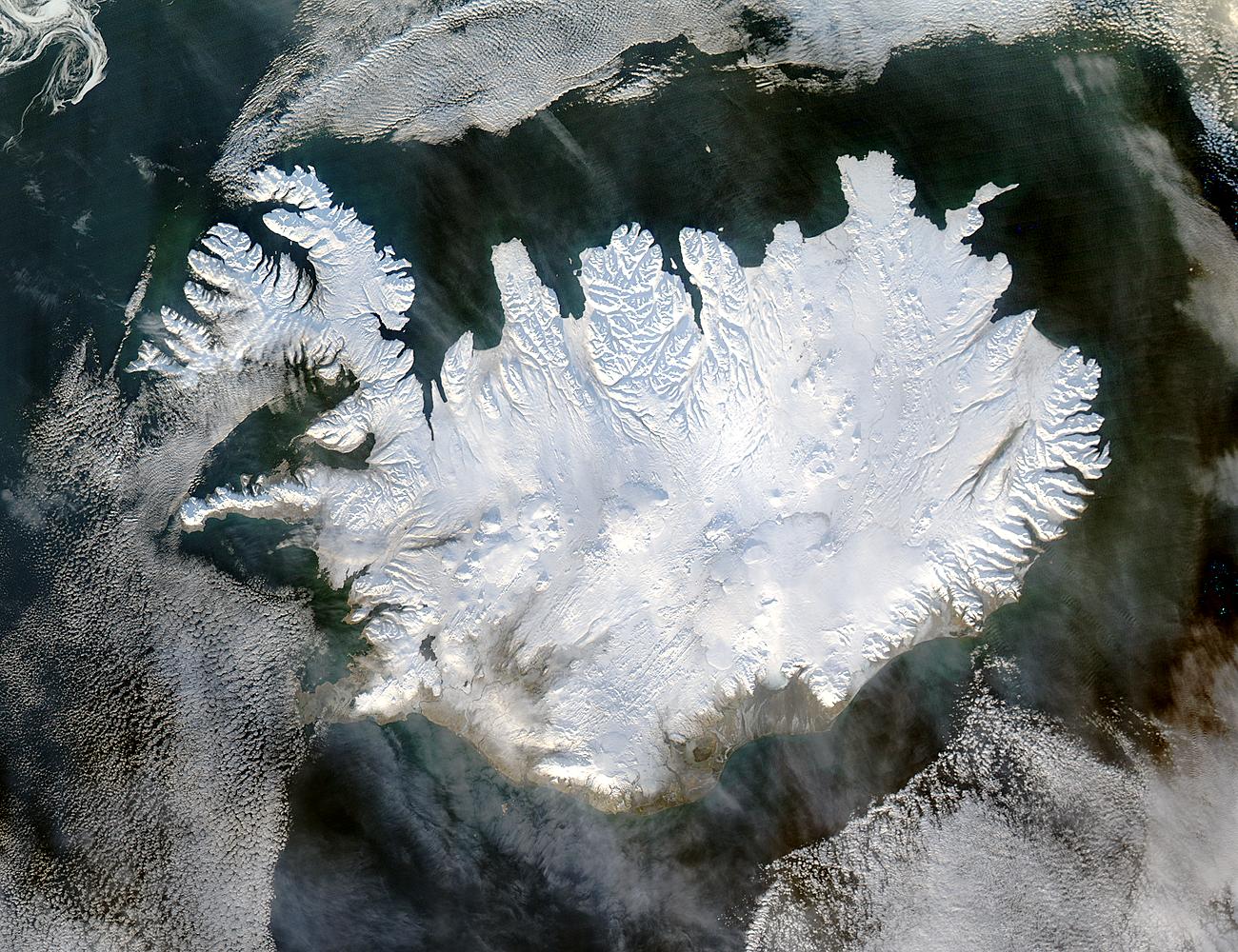 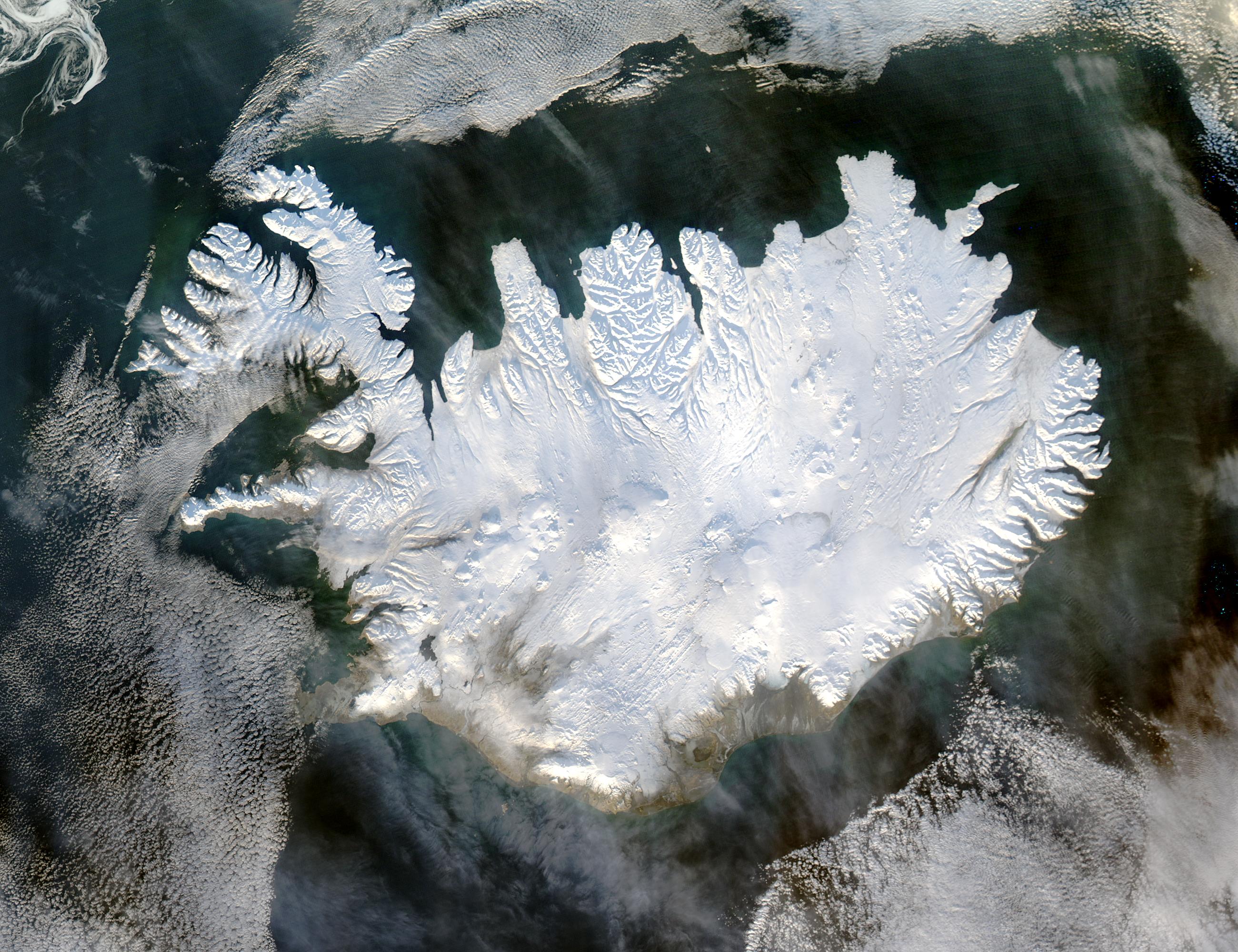 Iceland lives up to its name in this image, acquired by the Moderate Resolution Imaging Spectroradiometer (MODIS) on NASA’s Terra satellite on January 28, 2004. The island country is completely covered in white snow and ice, obscuring the permanent glaciers and icecaps that exist year-round. The effect of ice on this island sandwiched between the North Atlantic and the Greenland Sea, just below the Arctic Circle, is visible along its rugged northern shores. Over millennia, ice has carved out deep fjords leaving fringes of land that extend like fingers into the ocean.