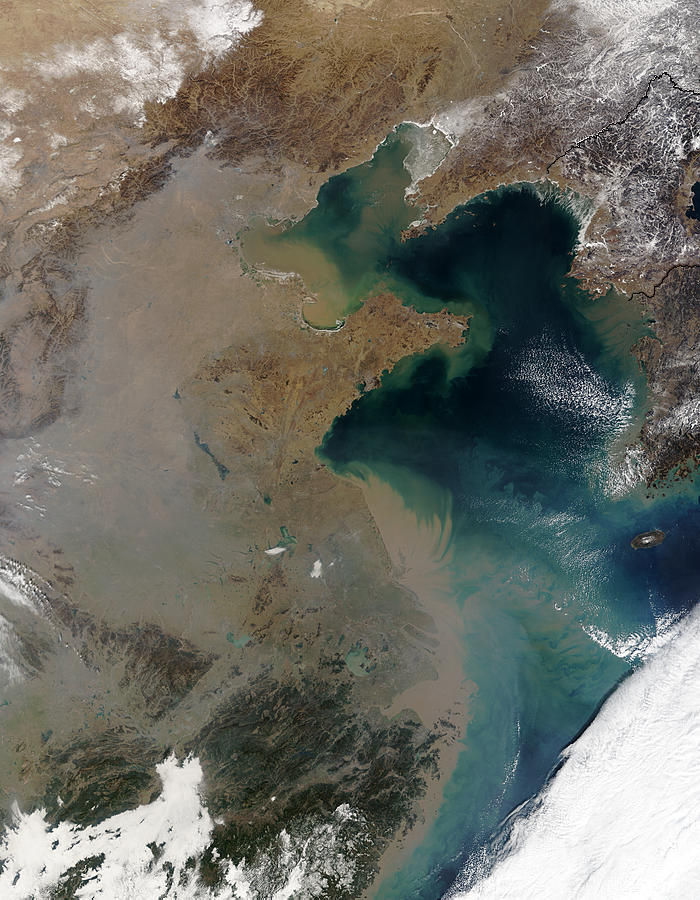 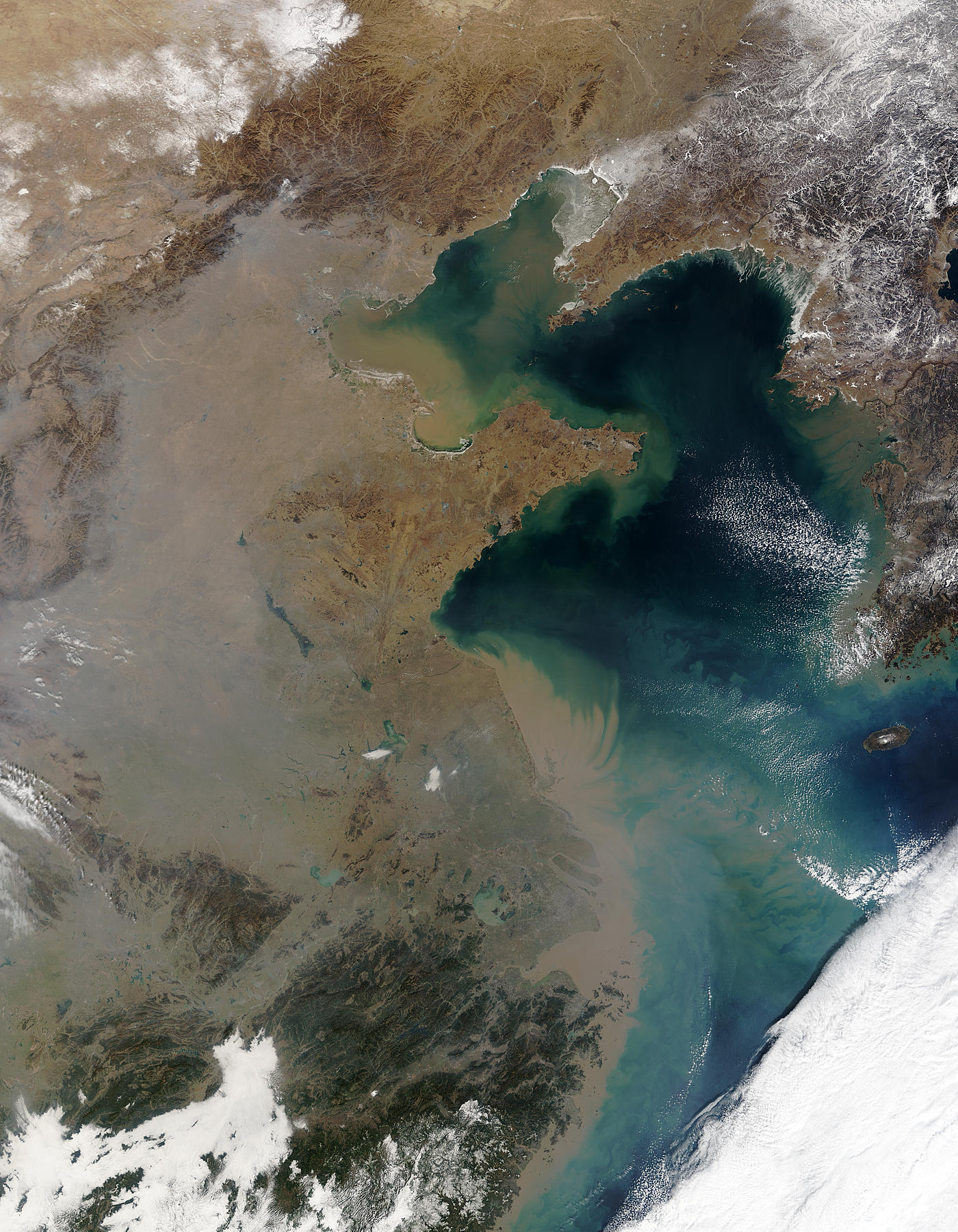 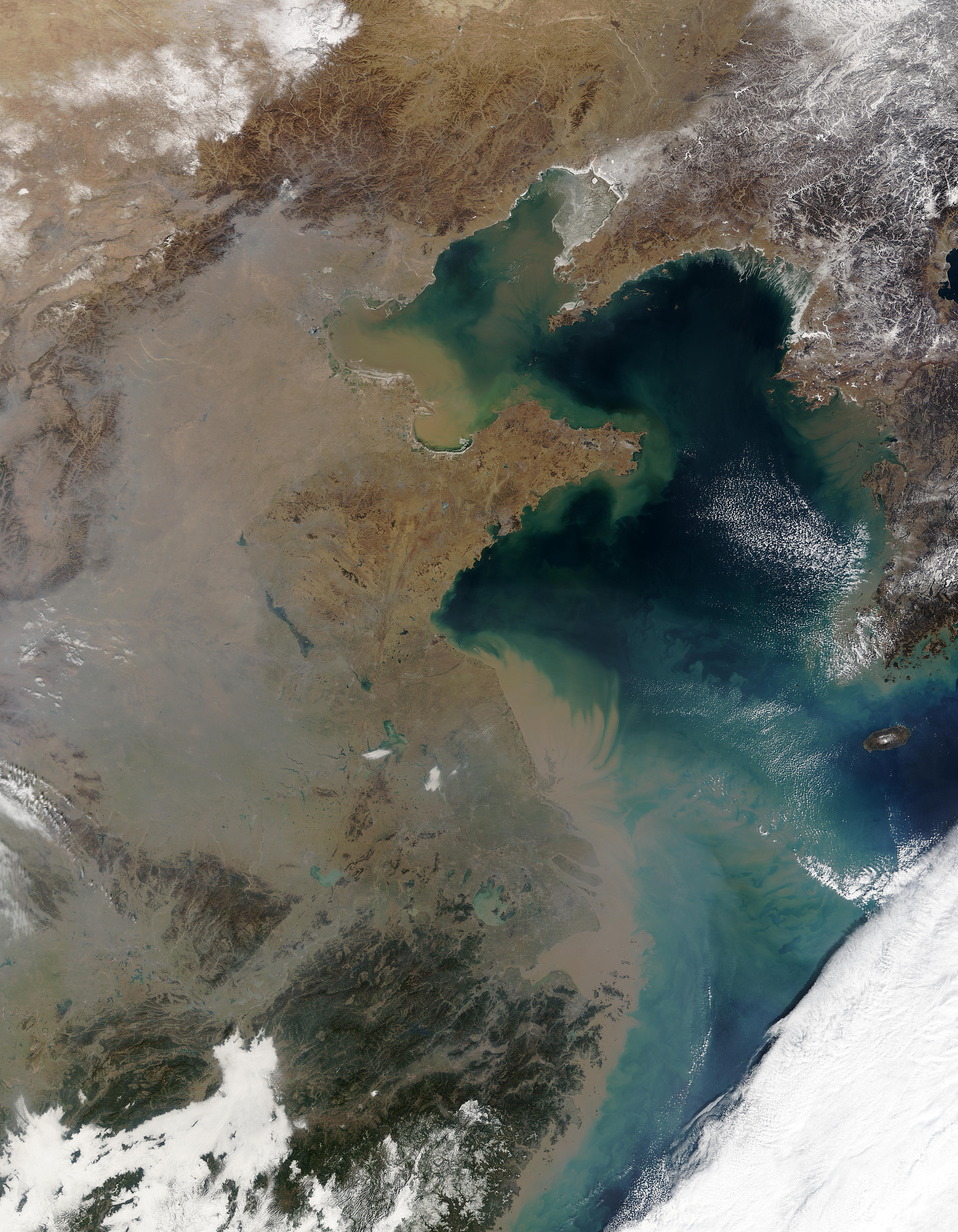 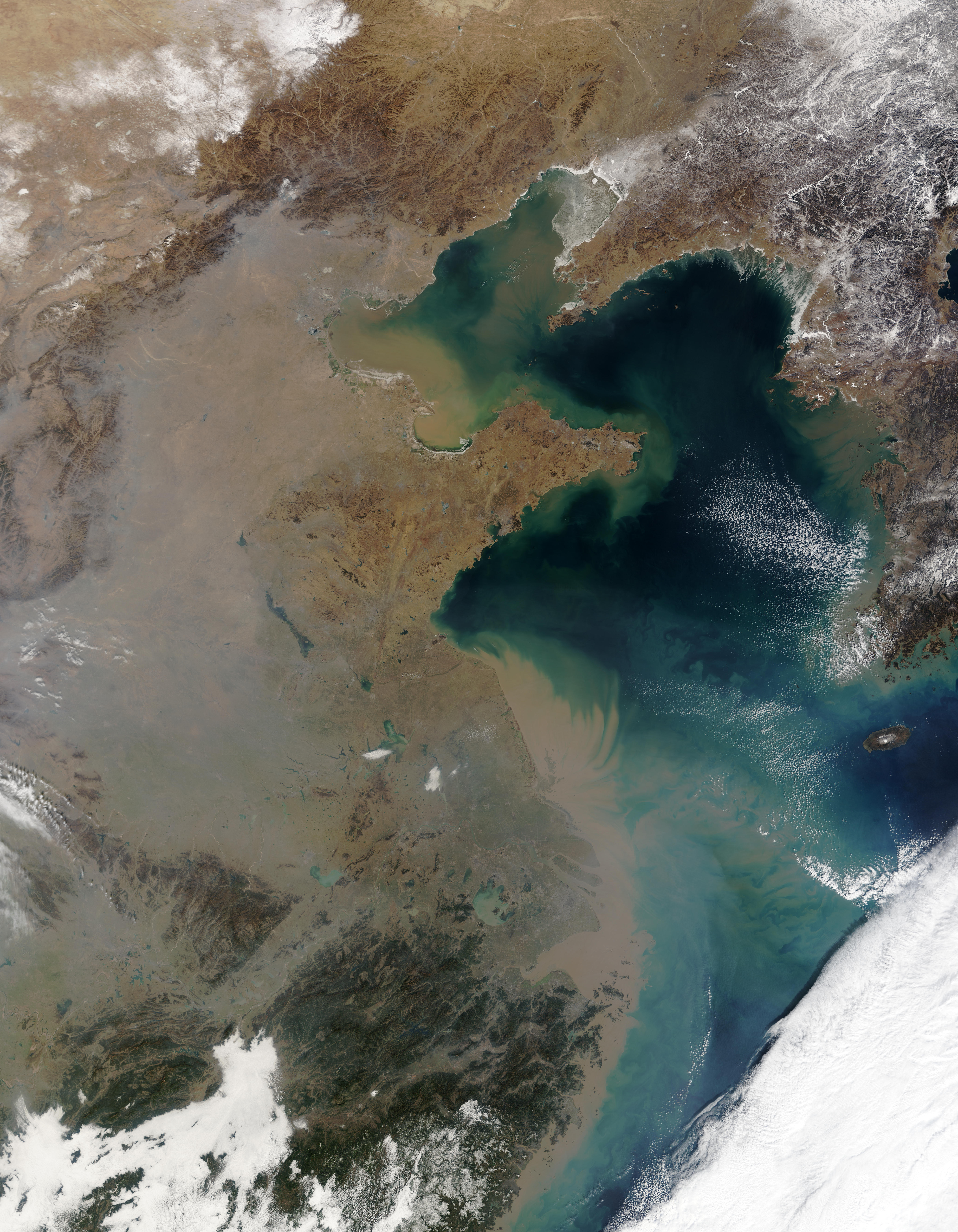 Across eastern China, the increased use of coal and wood for heating in the winter often leads to widespread haze, such as that seen in this Moderate Resolution Imaging Spectroradiometer (MODIS) image from the Terra satellite on February 9, 2004. The topography contributes to the effect, as this region is very bowl-like and ringed by mountainous terrain to the west, which prevents the pollution from dispersing.