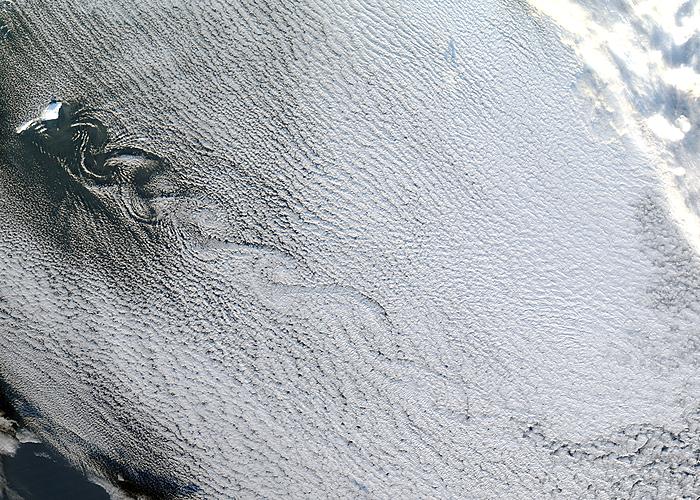 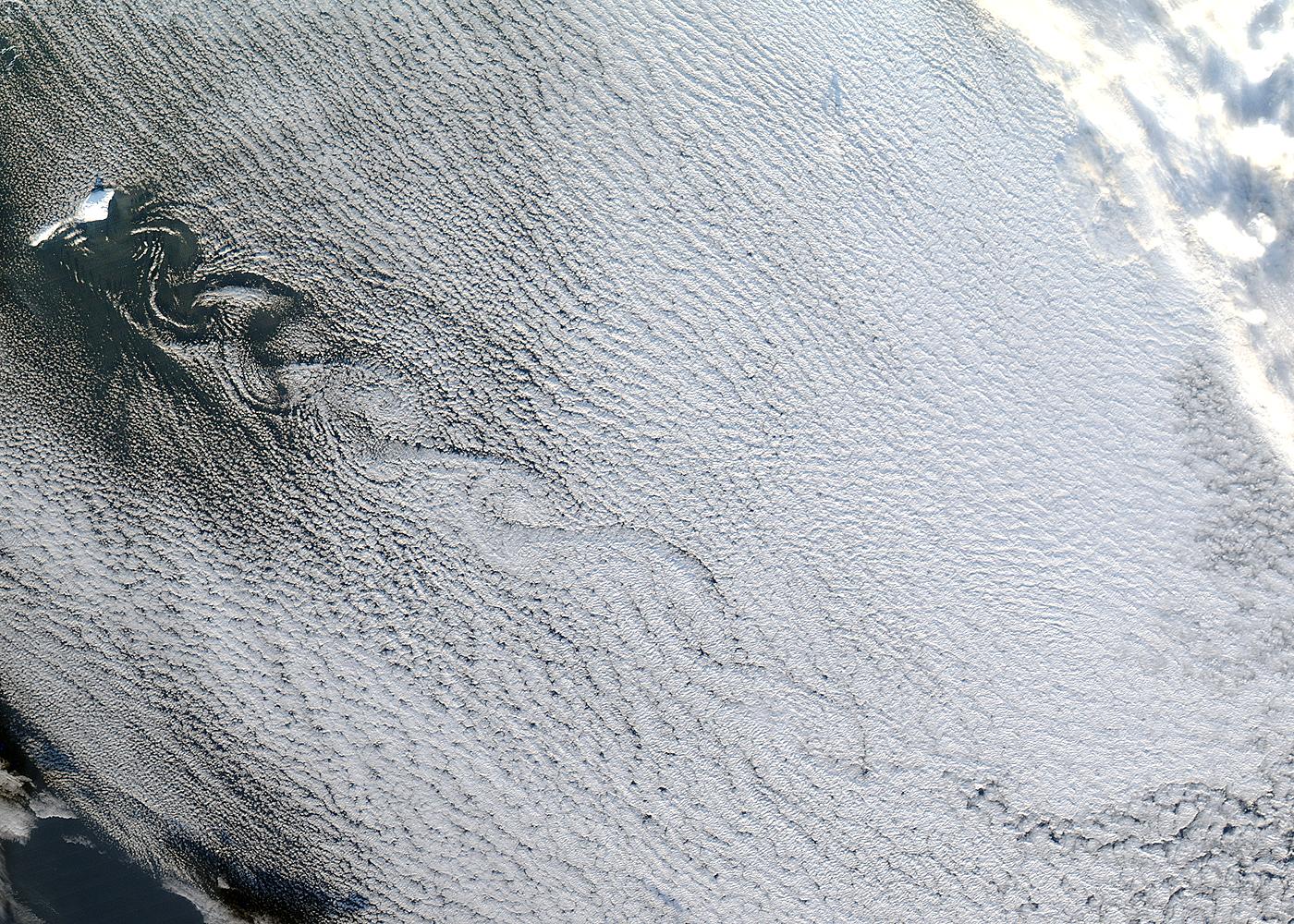 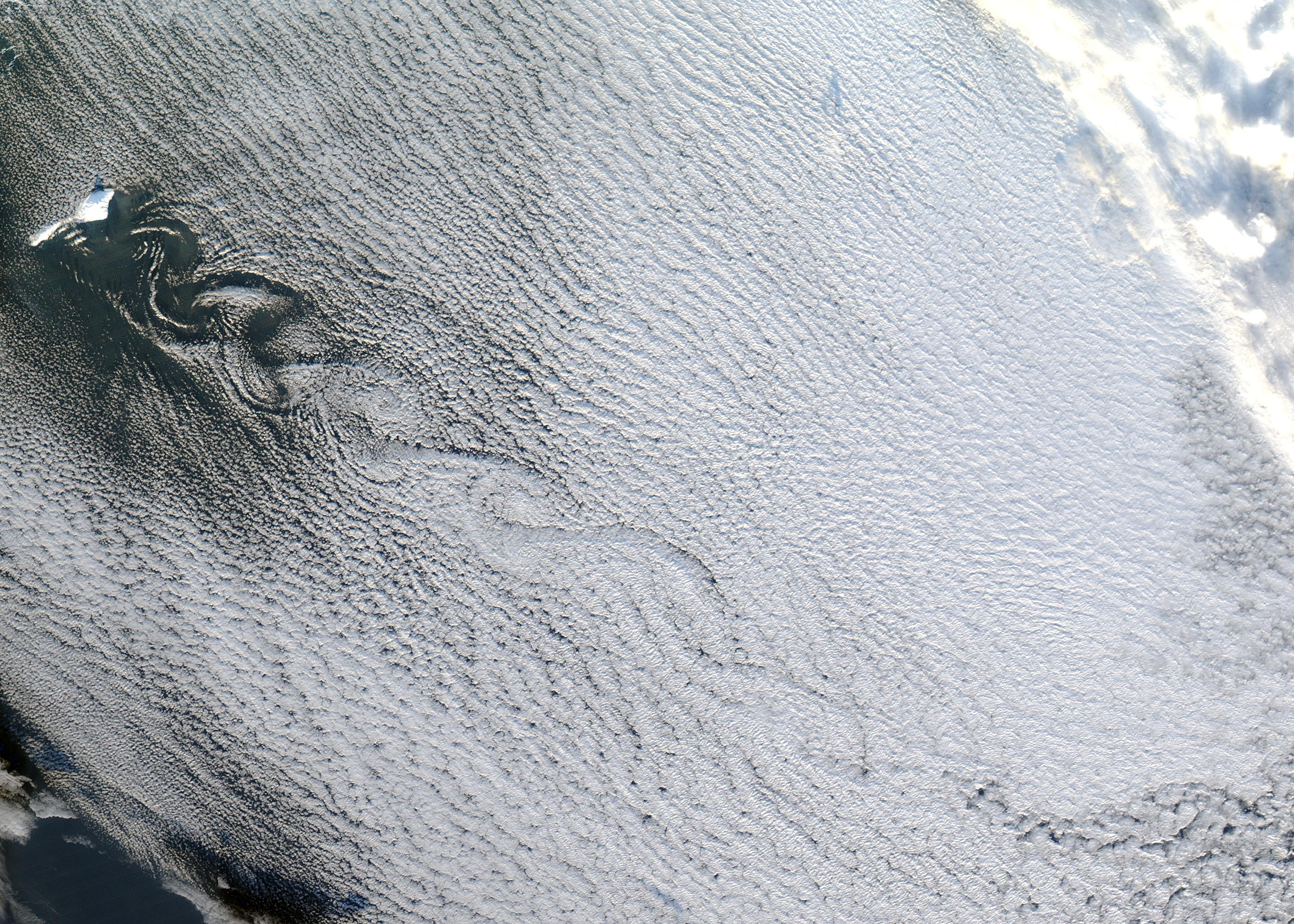 Air ripples around Norway’s Jan Mayen Island, forming an intricate braid in the stream of clouds over the Greenland Sea. Such patterns, called “vortex streets,” are common when low winds blowing over the flat sea surface are disrupted by some obstacle such as an island. In this image, the clouds have aligned themselves with the wind in parallel rows or streets making the swirling pattern of the vortices stand out. The ice-capped island lies within the Arctic Circle a few hundred miles east of Greenland. The Moderate Resolution Imaging Spectroradiometer (MODIS) on the Aqua satellite captured this image on February 13, 2004.