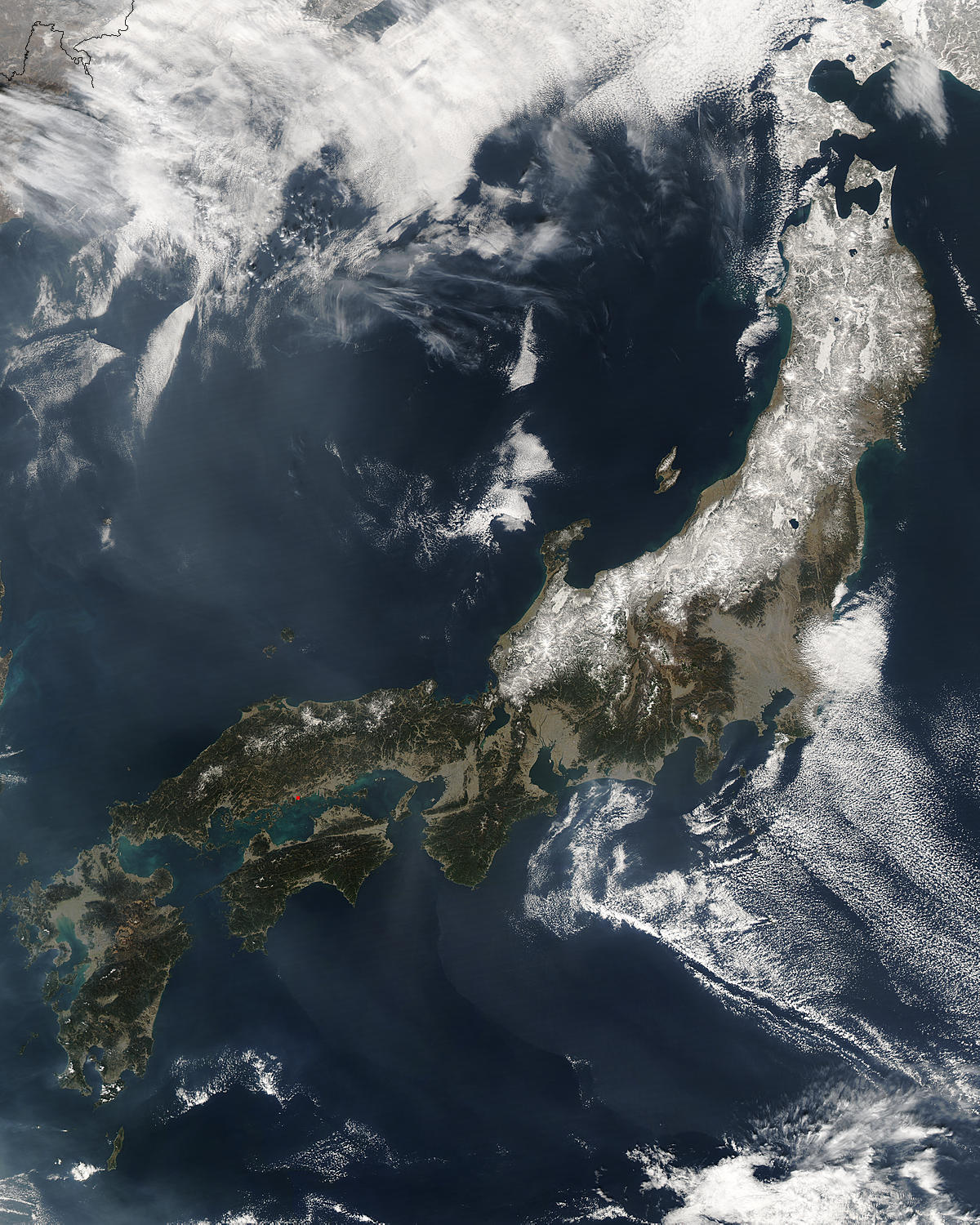 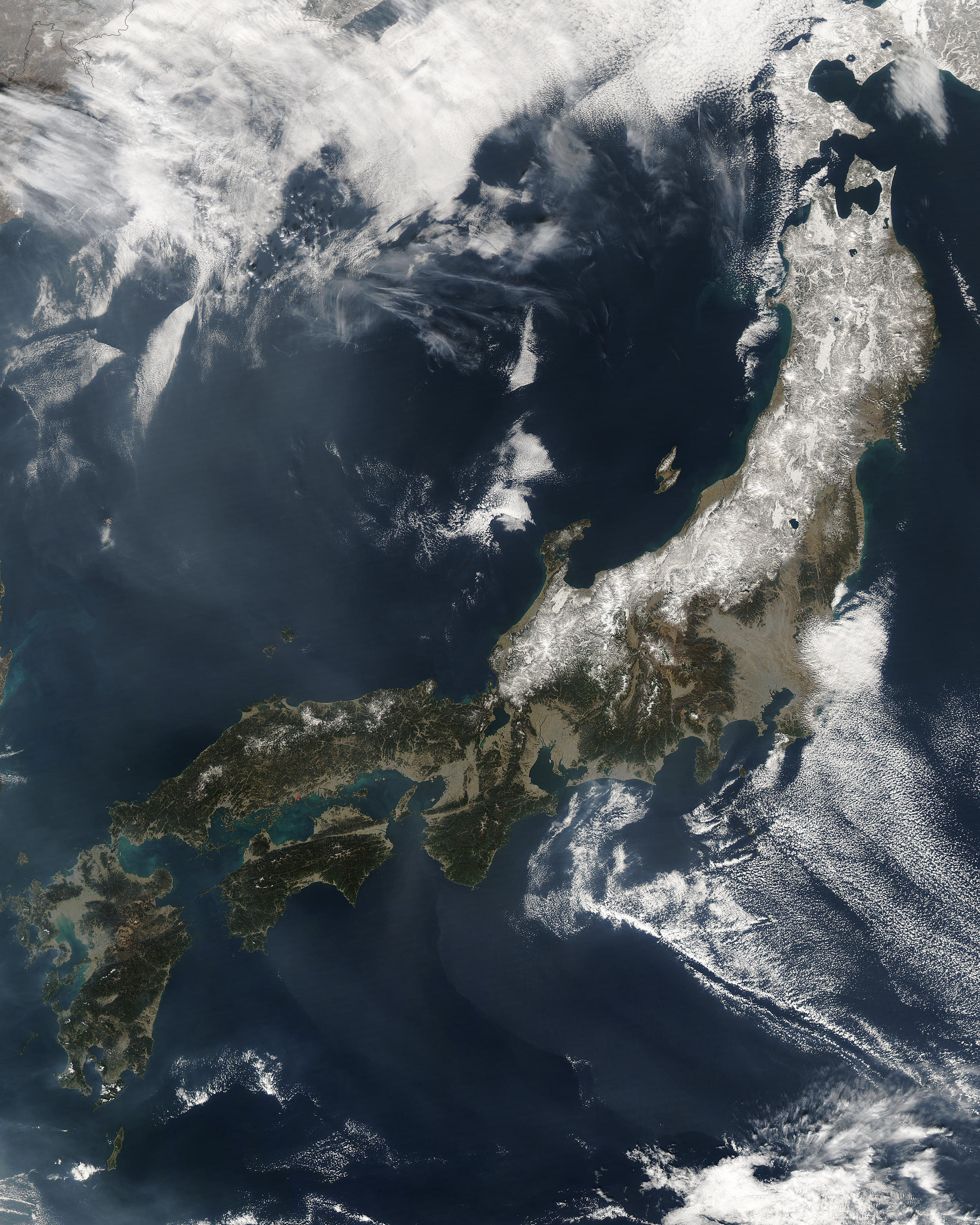 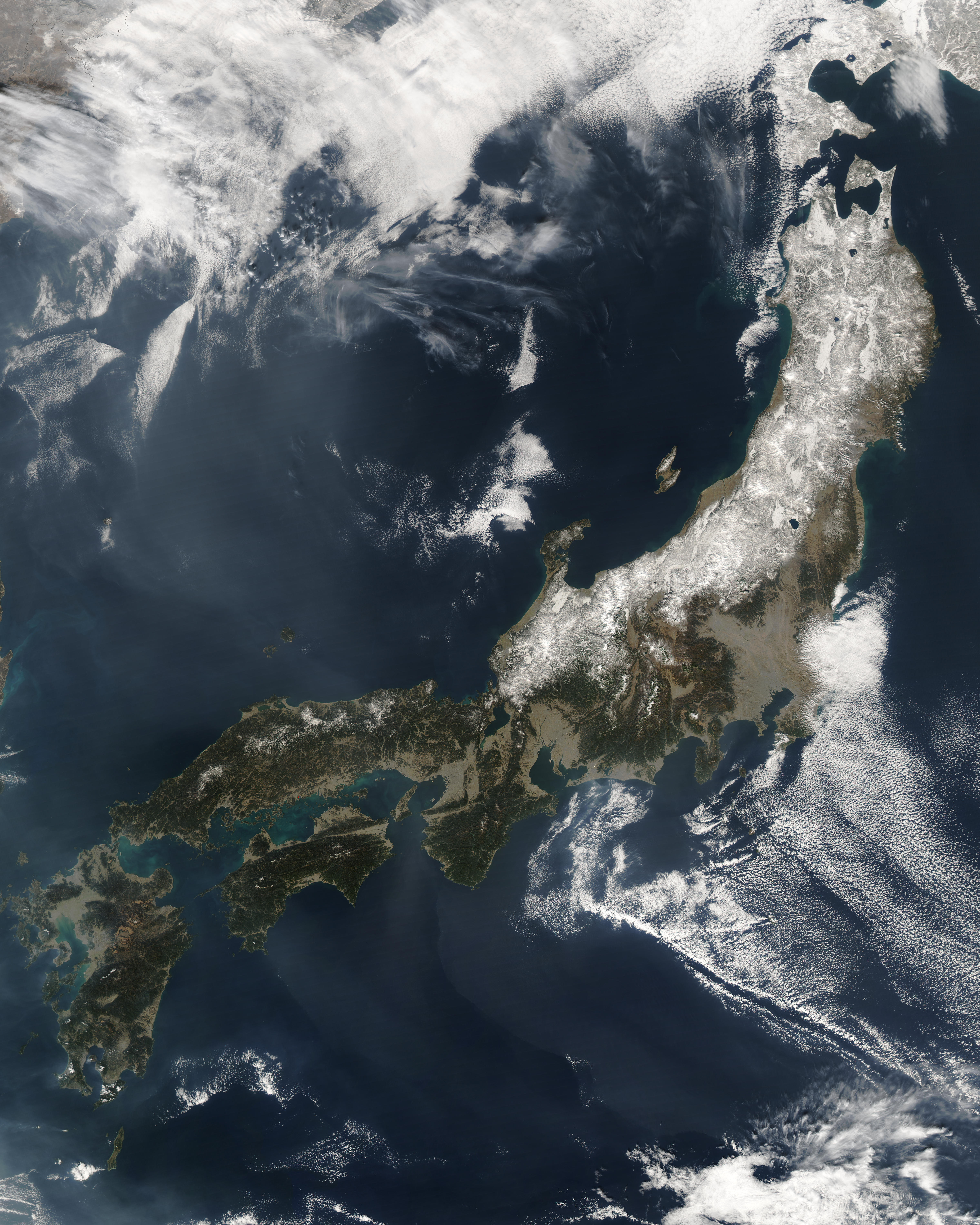 The Moderate Resolution Imaging Spectroradiometer (MODIS) on the Aqua satellite captured this stunning view of Japan’ four largest islands on February 20, 2004. The snow-covered southern arm of Hokkaido extends into the upper left corner. Honshu, Japan’s largest island, curves across the center of the image. Shikoku, right, and Kyushu, left, form the southern tip of the group. Japan is mostly mountainous, and, as the dusting of snow in this image shows, is cold in the north and more tropical in the south. A single red dot marks the location of an active fire.