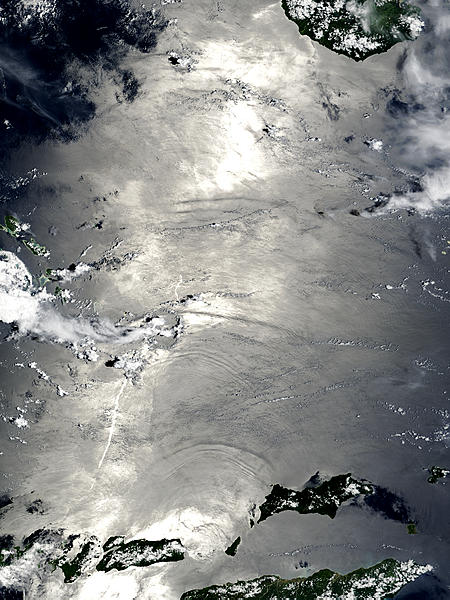 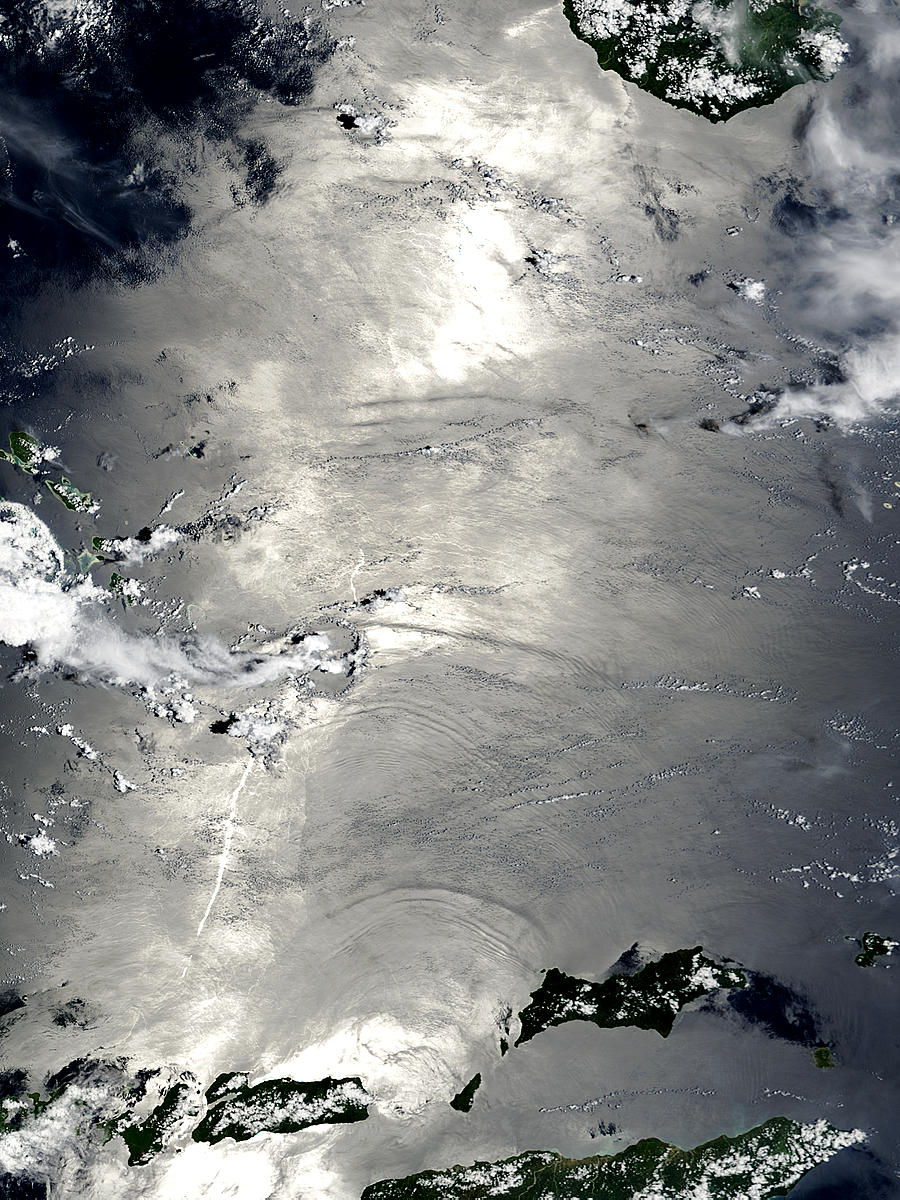 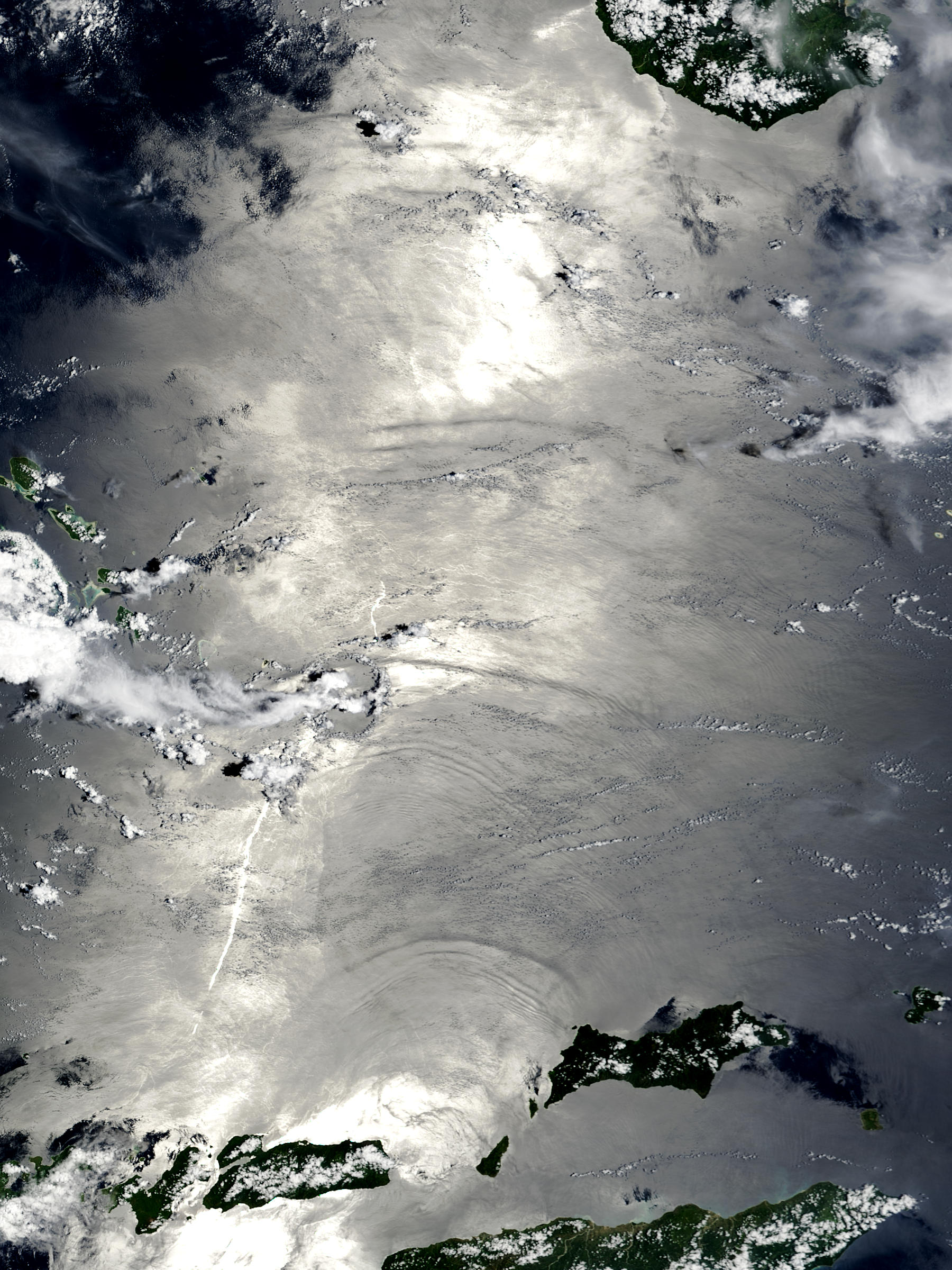 A shimmering layer of silver sunglint washes across the Banda Sea, highlighting delicately curving internal waves and bringing the central Indonesian islands out in stark contrast. Internal waves are, much like their name implies, a phenomena that occur in the water, rather than at the water’s surface. Like all major bodies of water, the Banda Sea is composed of layers of water with differing densities. The topmost layer is the least dense, with each successively deeper layer being denser. Internal waves move along underwater at the boundary between layers of different densities.

Internal waves are usually caused by the lower layer being forced against a shallow obstacle, like a ridge, by tidal action. The ridge causes a disturbance, which creates a wave in the water layer, similar to the way that the wind can cause waves on the water’s surface. However, unlike normal surface waves, internal waves can stretch tens of kilometers in length and move throughout the ocean for days.

Internal waves alter sea surface currents, changing the overall “sea surface roughness.” Where these currents converge, the sea surface is more turbulent, and therefore brighter. Where the currents diverge, the surface is smoother and darker, creating zones called “slicks.” These smooth and rough spots then show up in the sunglint as thin ribbons of gray.

Sunglint occurs when sunlight bounces off water’s turbulent surfaces and directly back into MODIS’ “eye,” creating a glare-effect. The more turbulent the water surface is, the more diffuse the sunlight becomes, turning the silver into a deeper pewter color. Likewise, the calmer the water, the less diffuse the sunlight is, and thus shows up as a brighter silver, almost white color. Outside of the path of the sunglint, the water appears in its normal shades of deep blue.

These true-color Moderate Resolution Imaging Spectroradiometer (MODIS) images were acquired on February 24, 2004 by the Aqua and Terra satellites.