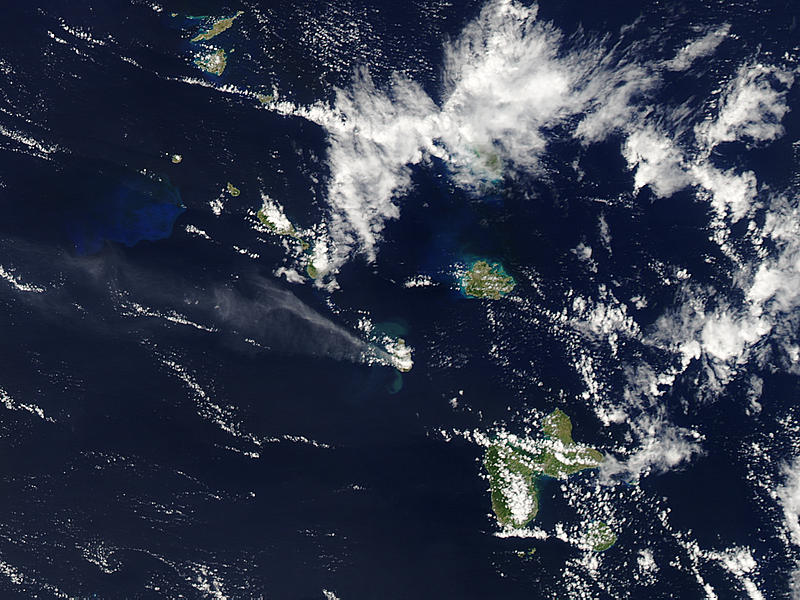 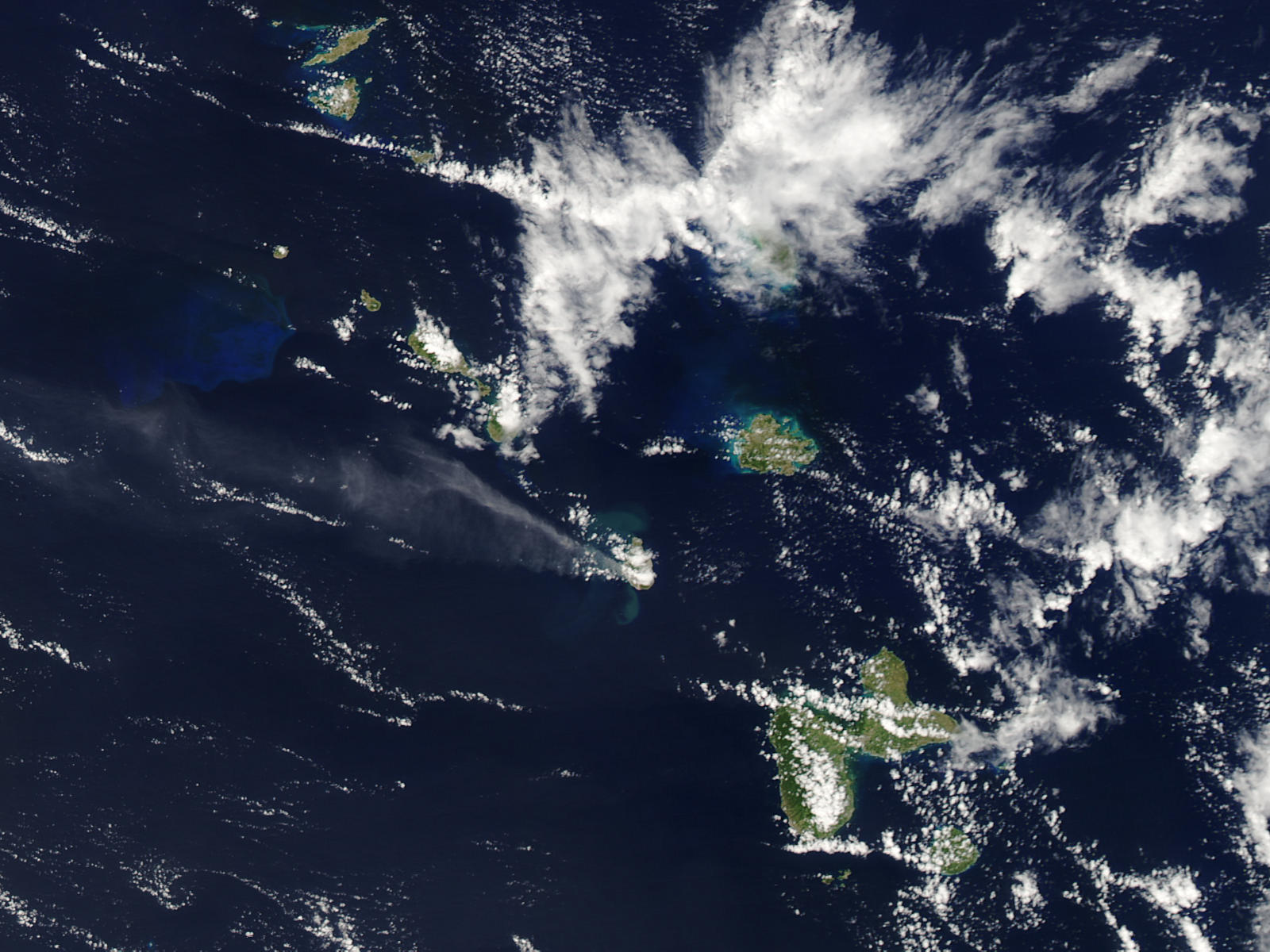 Two weeks after its initial explosive eruption on March 3, 2004, the Soufriere Hills Volcano continues to emit a plume of ash. While the ash has not been reported to have caused significant damage on the island, Montserrat, it can be a potential danger to airplanes. The ash can clog and even stall aircraft engines. Since becoming active in 1995, the Soufriere Hills Volcano has frequently coated Montserrat and other nearby Caribbean islands with a light dusting of ash.

This Moderate Resolution Imaging Spectroradiometer (MODIS) image was taken on March 17, 2004 by the Aqua satellite.