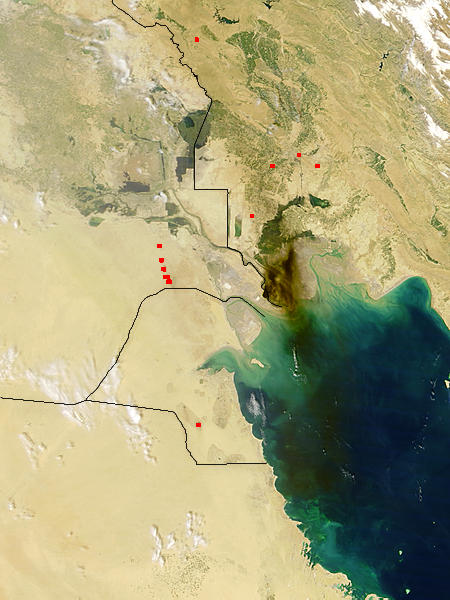 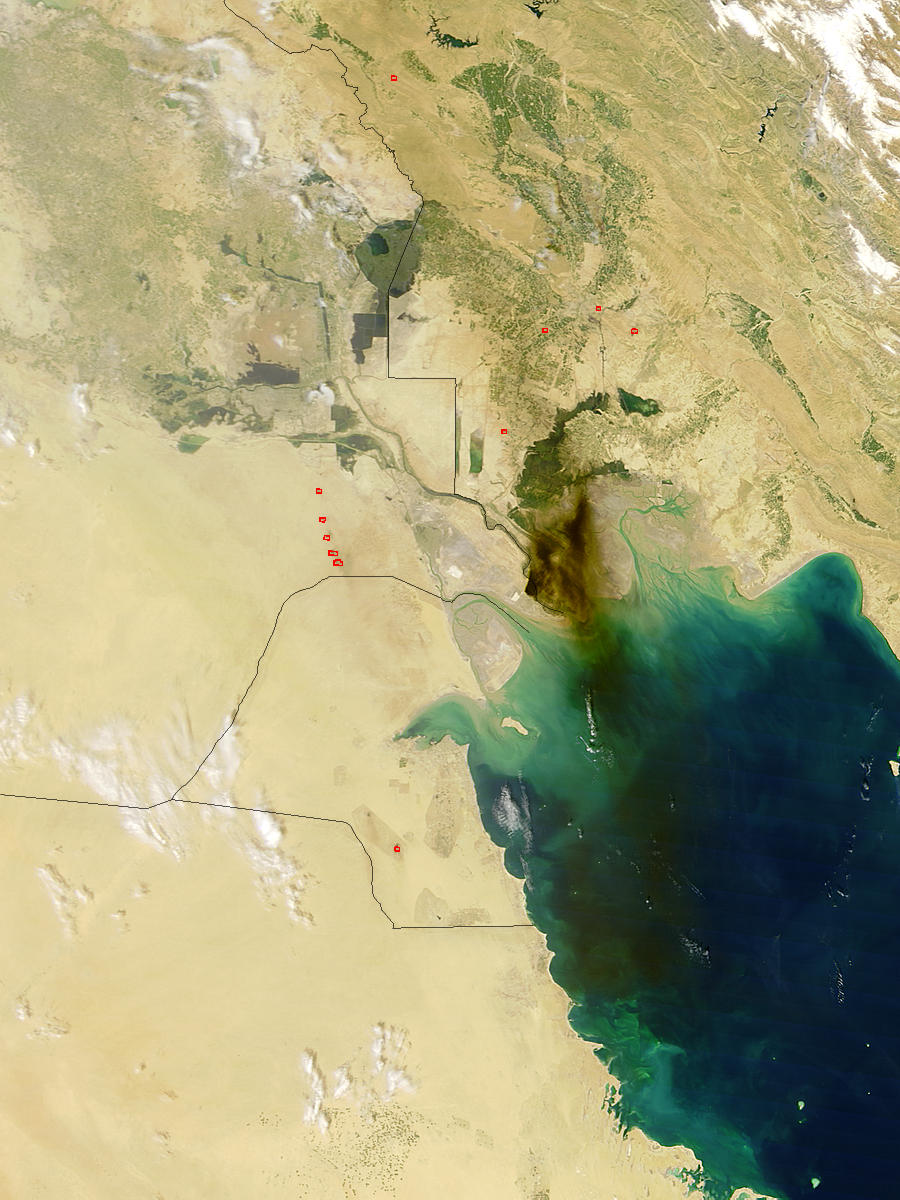 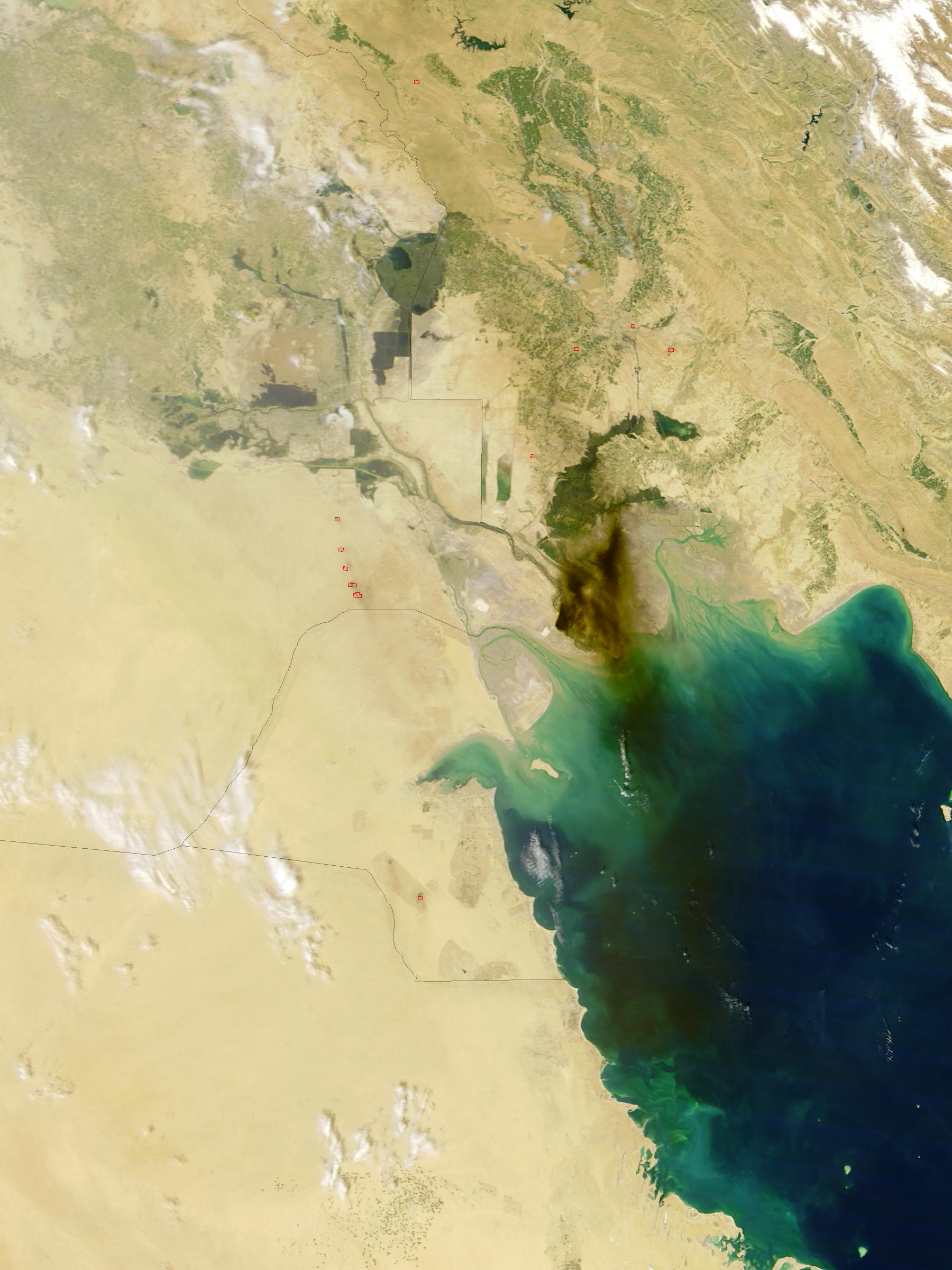 A rupture on a major oil pipeline in southern Iraq spilled a pool of oil over the desert on March 23, 2004. The oil quickly caught fire, and when the Moderate Resolution Imaging Spectroradiometer (MODIS) flew over on the Terra satellite the next morning, the burning oil was sending great plumes of black smoke northwest over Iraq. According to news reports, it’s not yet clear what caused the rupture, but it is probably a result of corrosion, not sabotage. Though the plume shrank and changed direction, black smoke was still visible in the region for several days after the fire began. In all of the MODIS scenes, fires are marked with red dots.