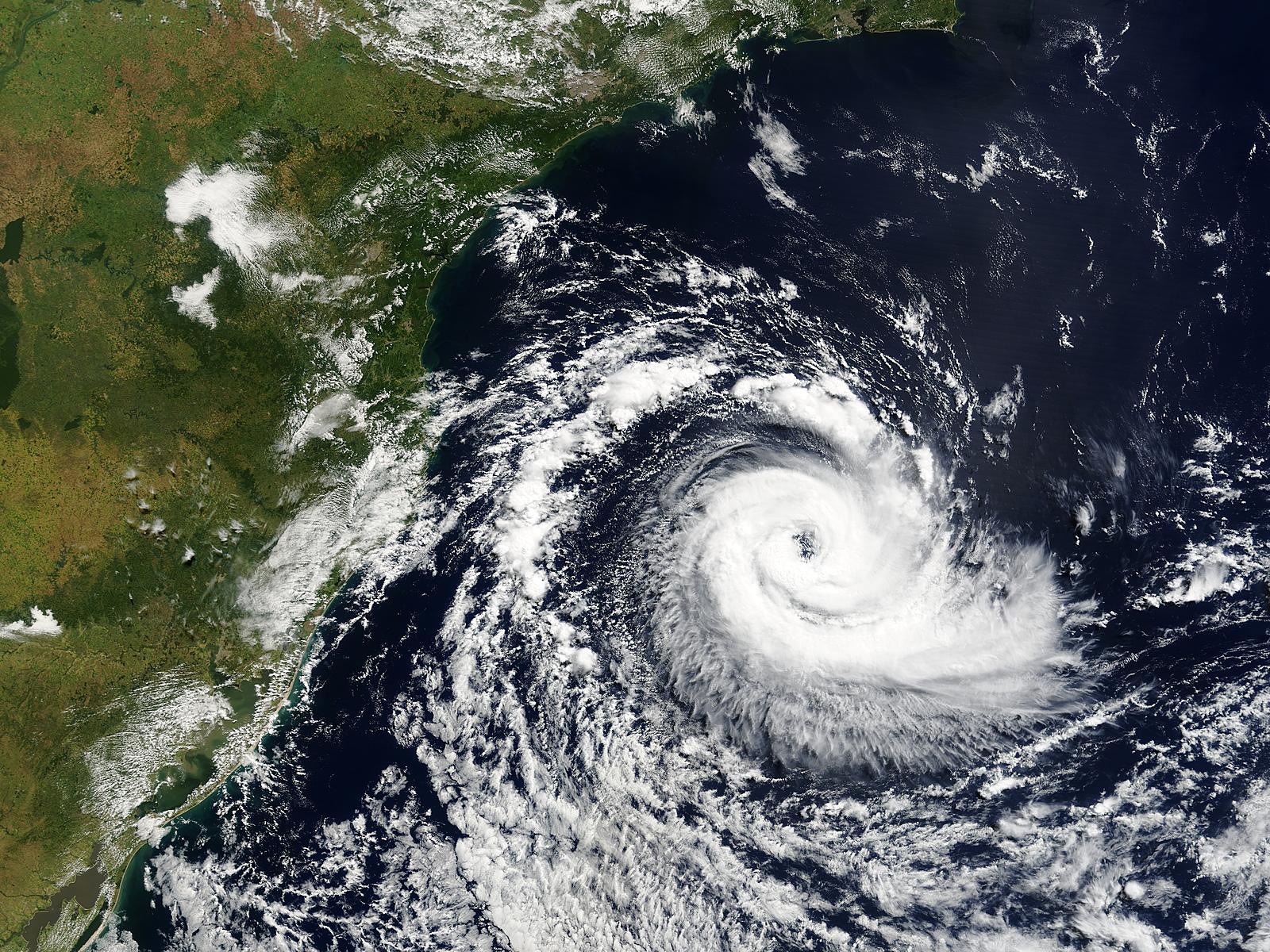 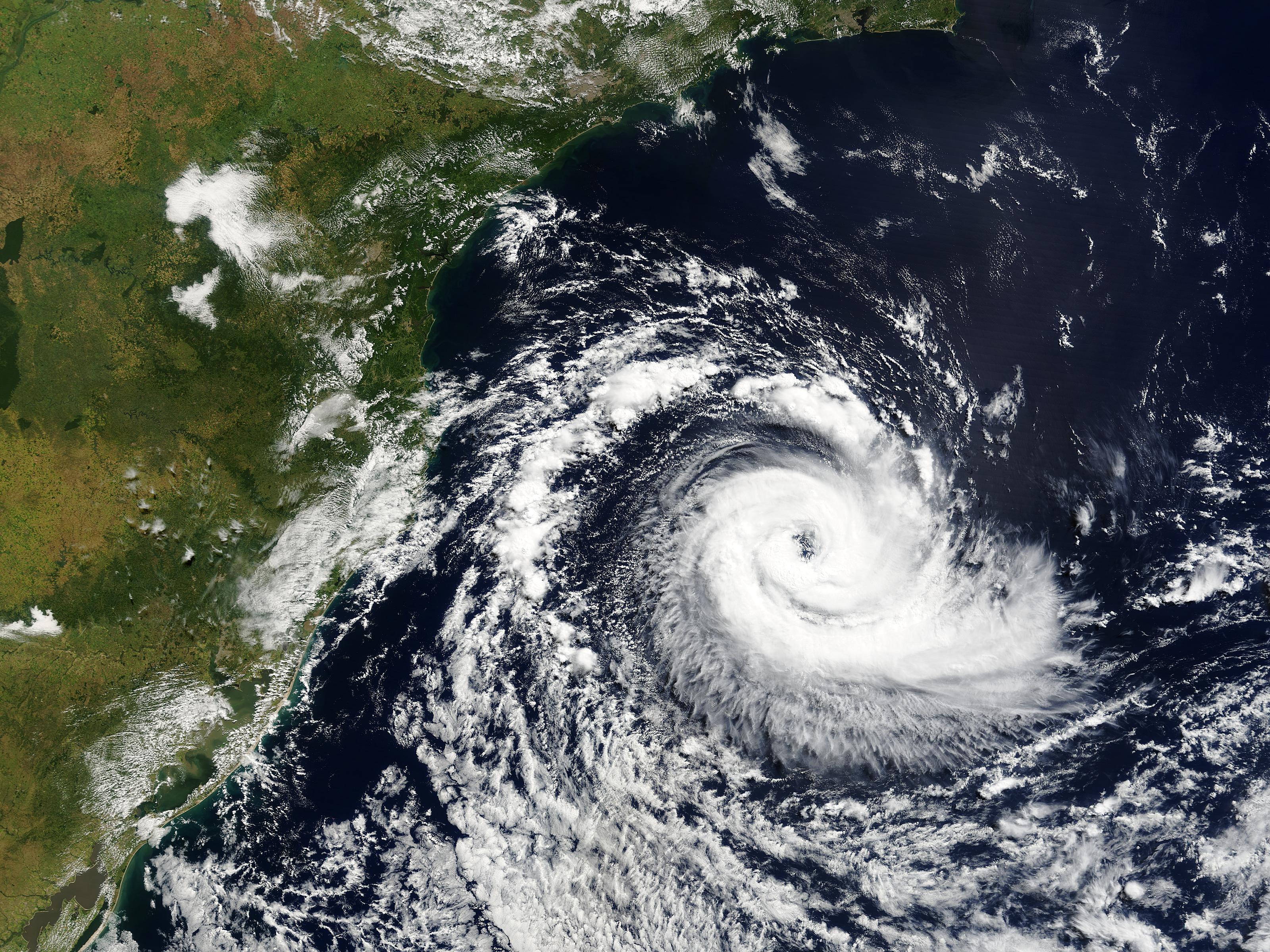 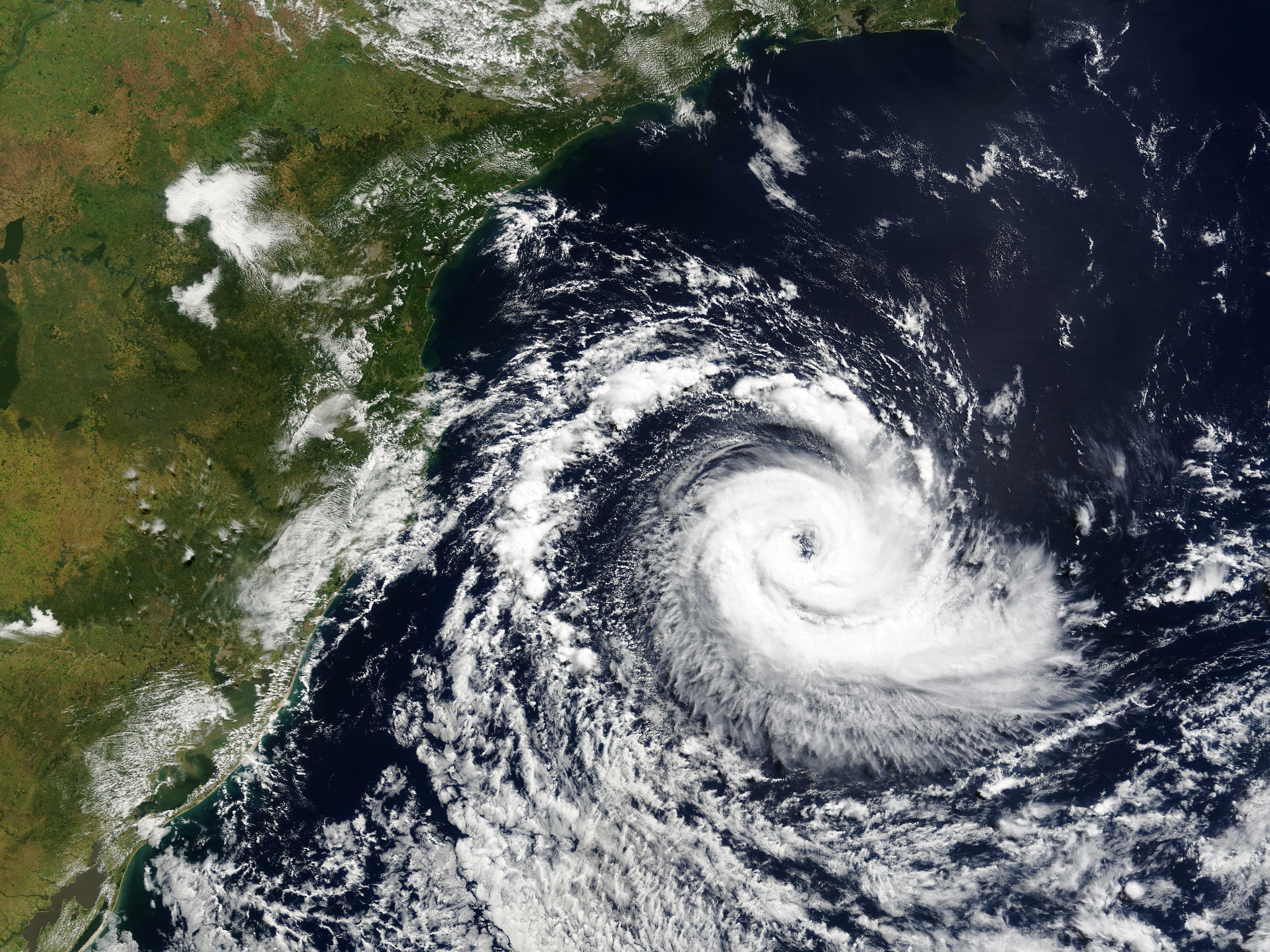 During its daytime overpass of the southeast coast of Brazil on March 26, 2004, the Moderate Resolution Imaging Spectroradiometer (MODIS) on the Terra satellite captured this surprising sight: a tropical cyclone.

The South Atlantic is generally not thought of by meteorologists as a place where tropical cyclones can form. The water temperatures are generally too cool and the vertical wind shear too strong. The area is so devoid of tropical storm activity that no government agency has an official warning system for storms there, which is why this storm is unnamed. In this image, the storm is at roughly 28 degrees South Latitude, southeast of the city of Curitaba, which makes a tan splotch against the green vegetation at the top of the image, left of center.

According to Dr. Greg Holland, a meteorological researcher currently with Radiosonde North America, it’s unlikely—though not impossible—that the storm will make landfall in Brazil given the strong westerly winds that are typical of the region’s weather patterns. “There have been reports in the past of storms with tropical characteristics in that region,” he says, “so I would be very amazed if this is truly the first cyclone ever. However, it is the first time we have ever had such solid observations of a tropical storm there.”

According to Holland, wind speed observations from QuickSat on March 26 showed maximum surface winds of about 50 knots, but the satellite wasn’t positioned to observe the part of the eye where the highest wind speeds would be expected. So it is possible that the storm is near the 65-knot-wind-threshold for being a Category 1 hurricane.