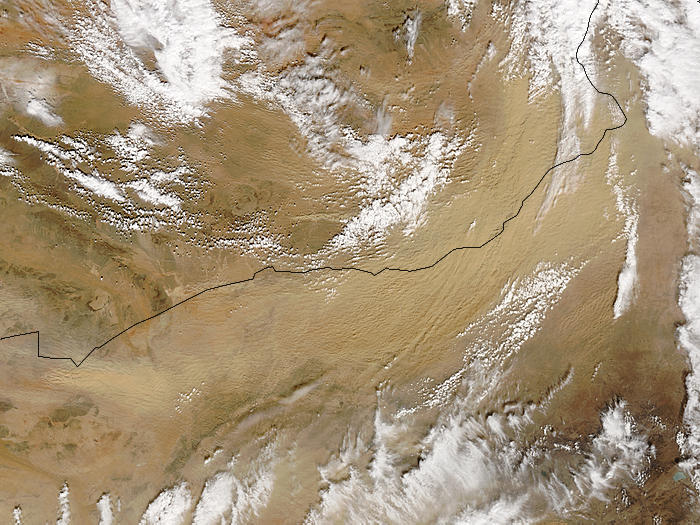 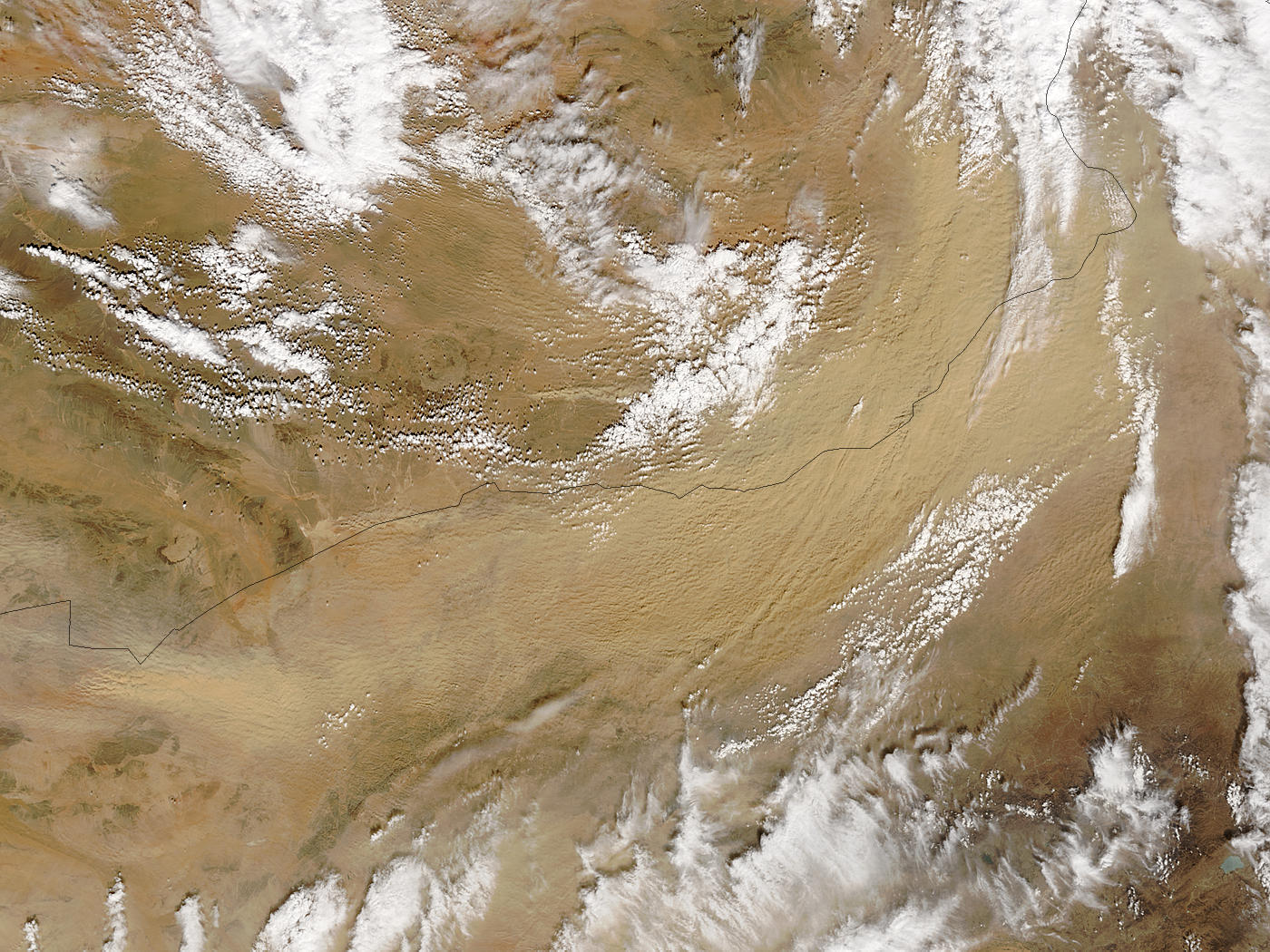 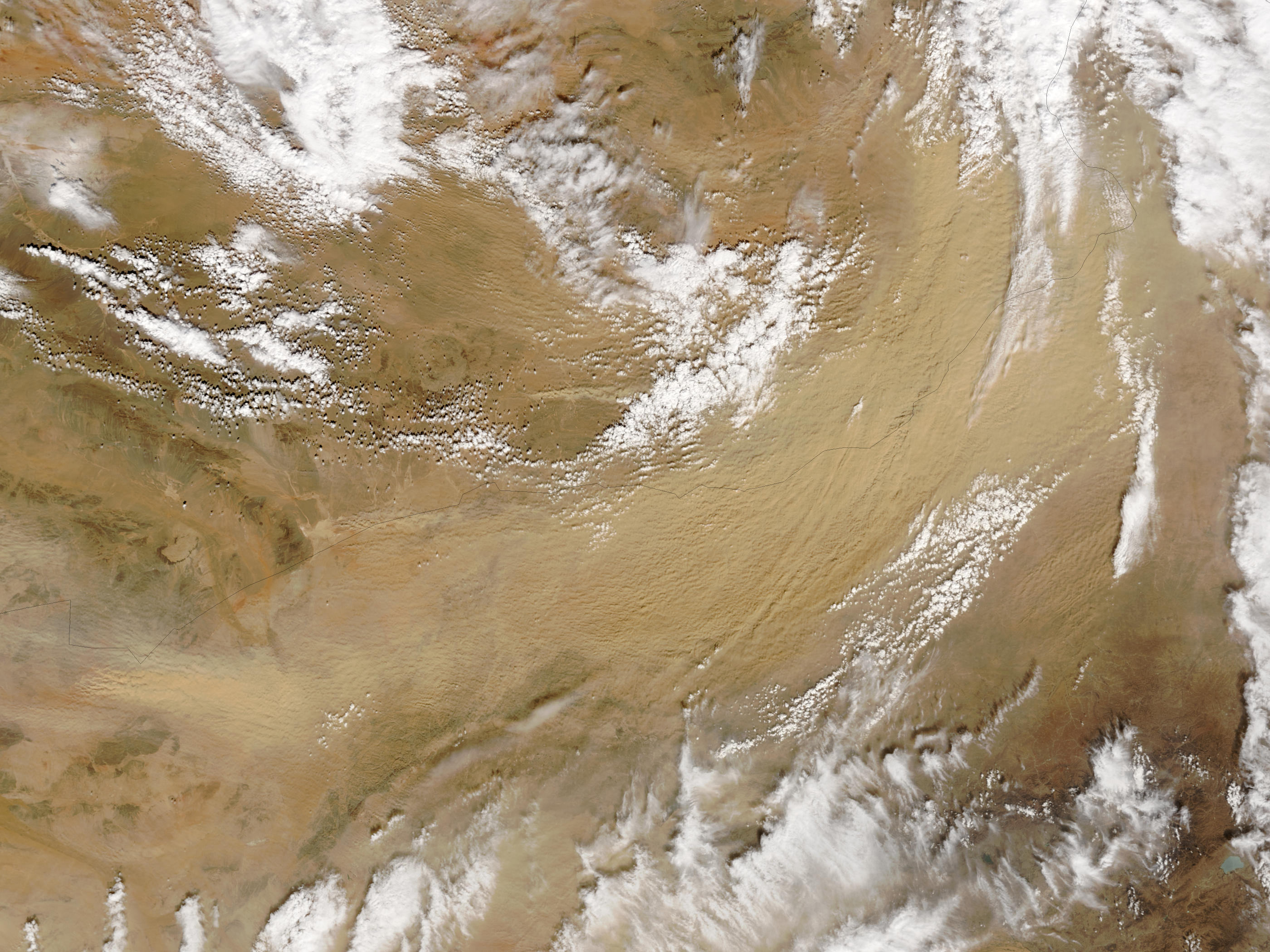 Thick clouds of dust sweep across the Gobi Desert in Northern China and Southern Mongolia in this Moderate Resolution Imaging Spectroradiometer (MODIS) image taken by the Terra satellite on March 27, 2004. According to China’s official news agency, about 70 million people in 11 provinces were affected by sandstorms on March 27 and 28. The worst of the storm was concentrated here, in Inner Mongolia, where yellow sand blew for sixteen hours. Mongolia, top, was also affected by the storm.