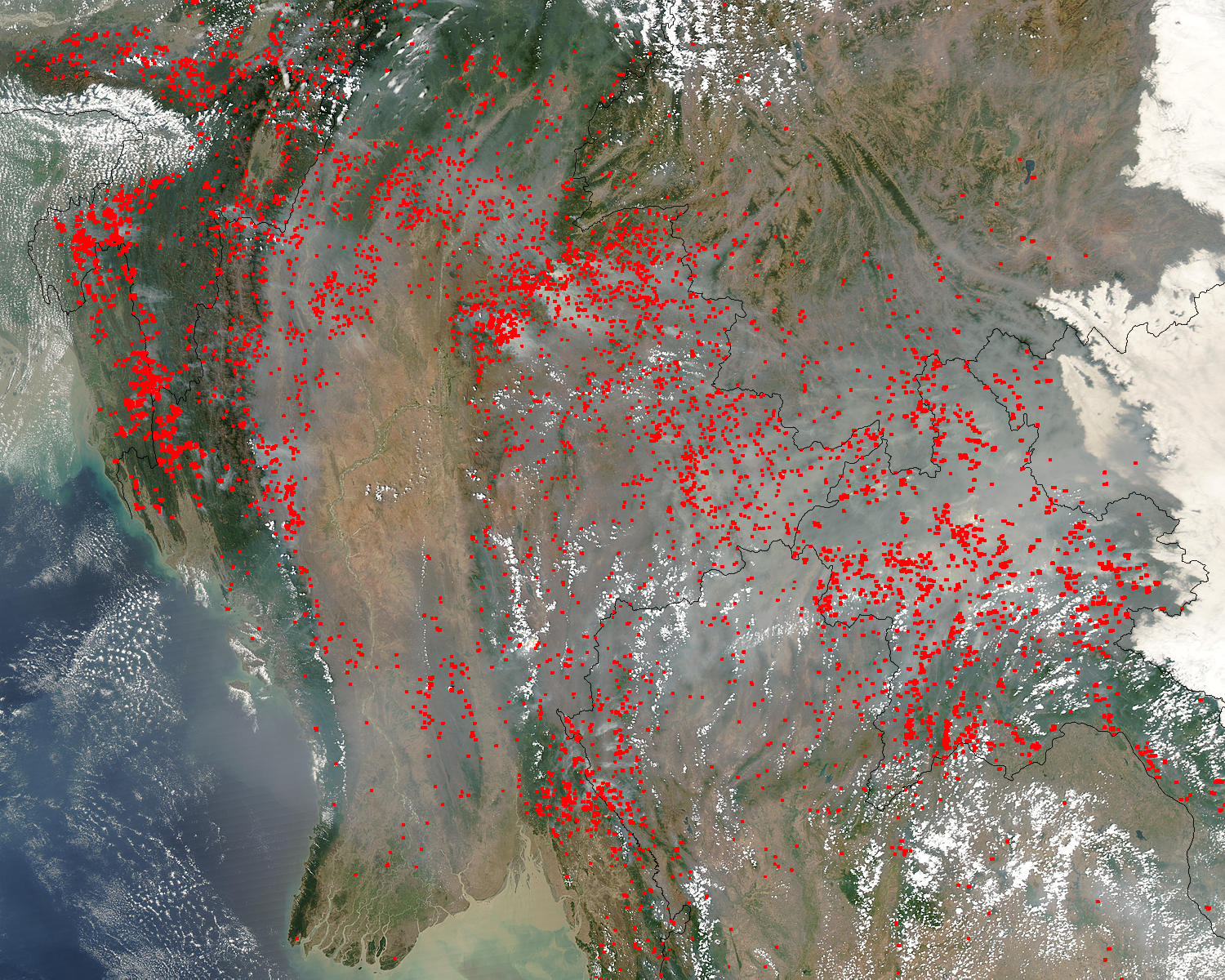 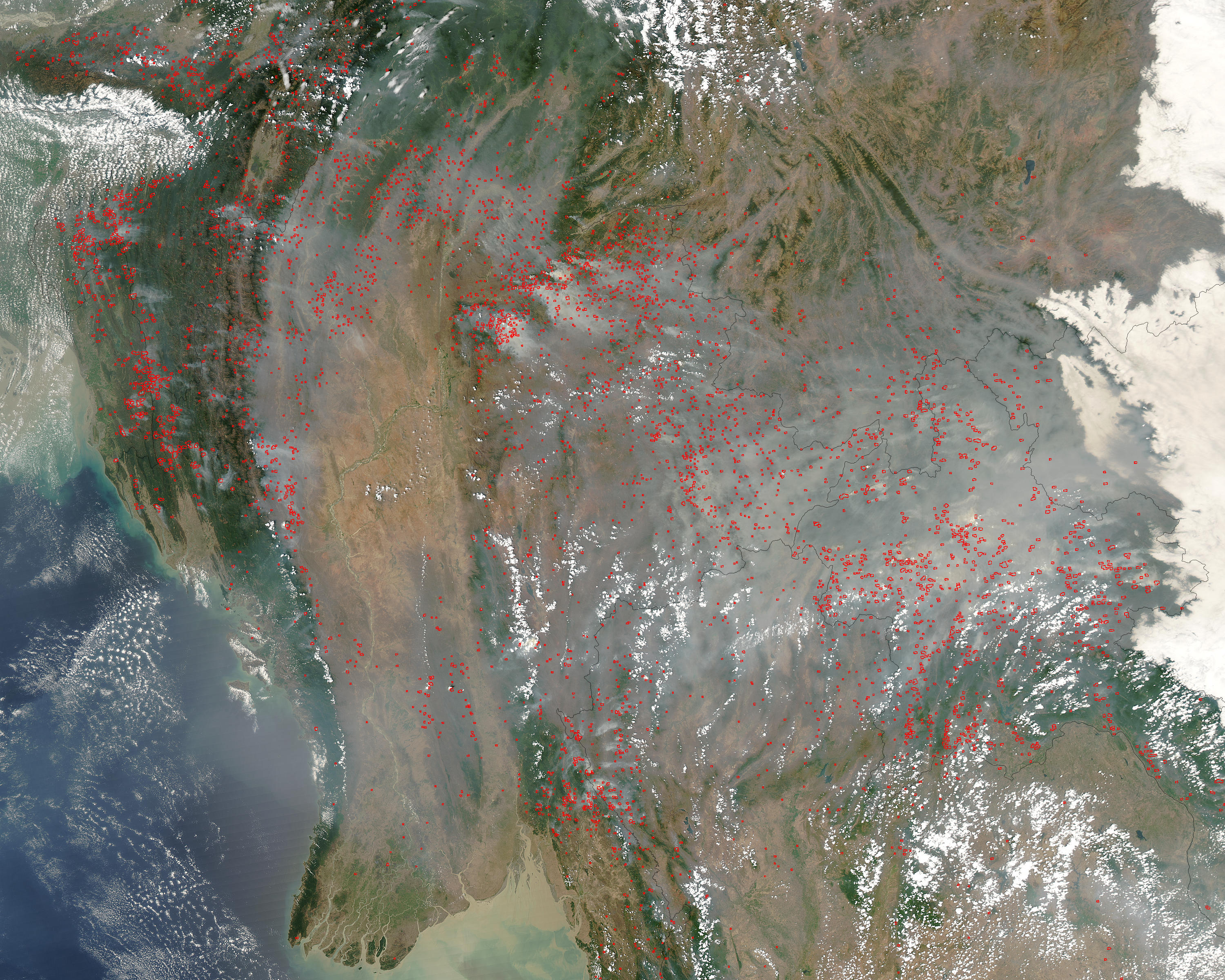 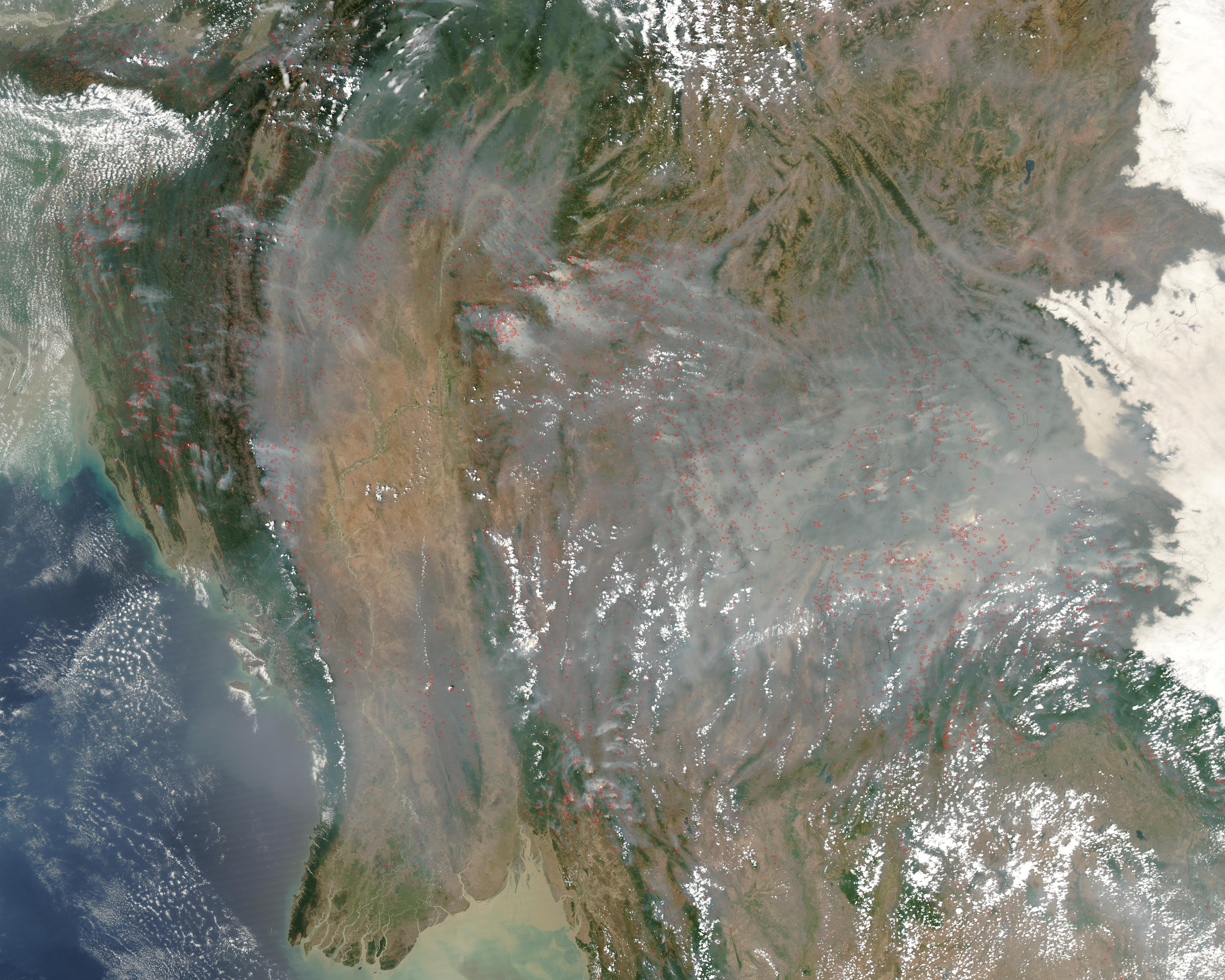 Fires and smoke across Indochina

Thousands of fires burning in Southeast Asia were blanketing the region with blue-gray smoke at the time this Moderate Resolution Imaging Spectroradiometer (MODIS) image was captured by the Aqua satellite on March 27, 2004. MODIS has been capturing images of the region’s agricultural burning season since early February, but activity seems to have picked up considerably in mid to late March. Though agricultural fires are not necessarily immediately hazardous, such large-scale burning can have a strong impact on weather, climate, human health, and natural resources.