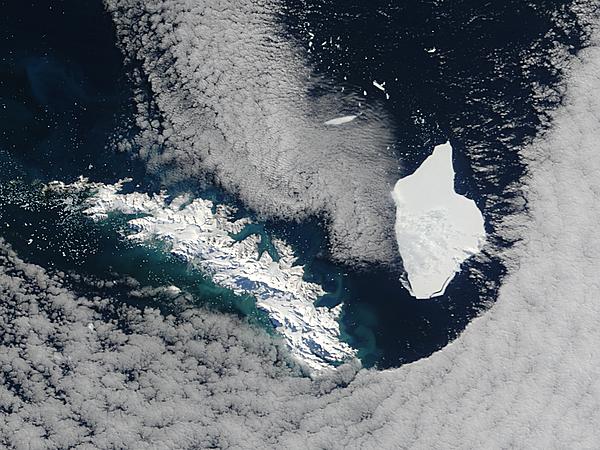 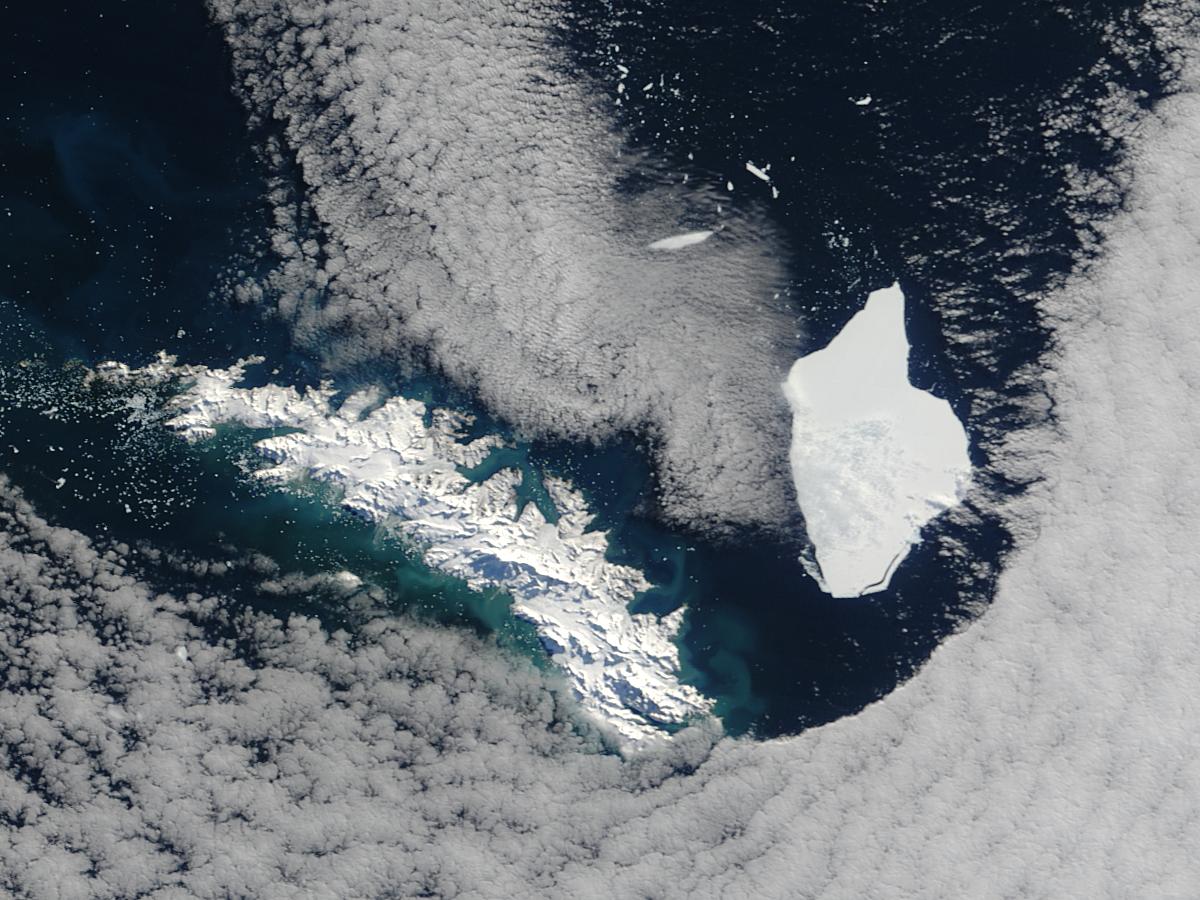 Between April 12 and April 15, the A38-B iceberg split in half. The split was recorded in this series of Moderate Resolution Imaging Spectroradiometer (MODIS) images. The iceberg was originally part of the massive A-38 iceberg, which broke from the Ronne Ice Shelf in Antarctica around October 13, 1998. At the time, the A-38 iceberg was more than 90 miles (144 km) long and 30 miles (48 km) wide, the largest iceberg that had been observed in a decade. By October 22, 1998, A-38B had started to break off the original iceberg. The pieces drifted about 1,500 nautical miles north to their present location around South Georgia Island in the South Atlantic.

Another section of the A-38 iceberg, A-38D, was covered in melt water ponds as it drifted past South Georgia Island in late January 2004—the height of the summer in the Southern Hemisphere.