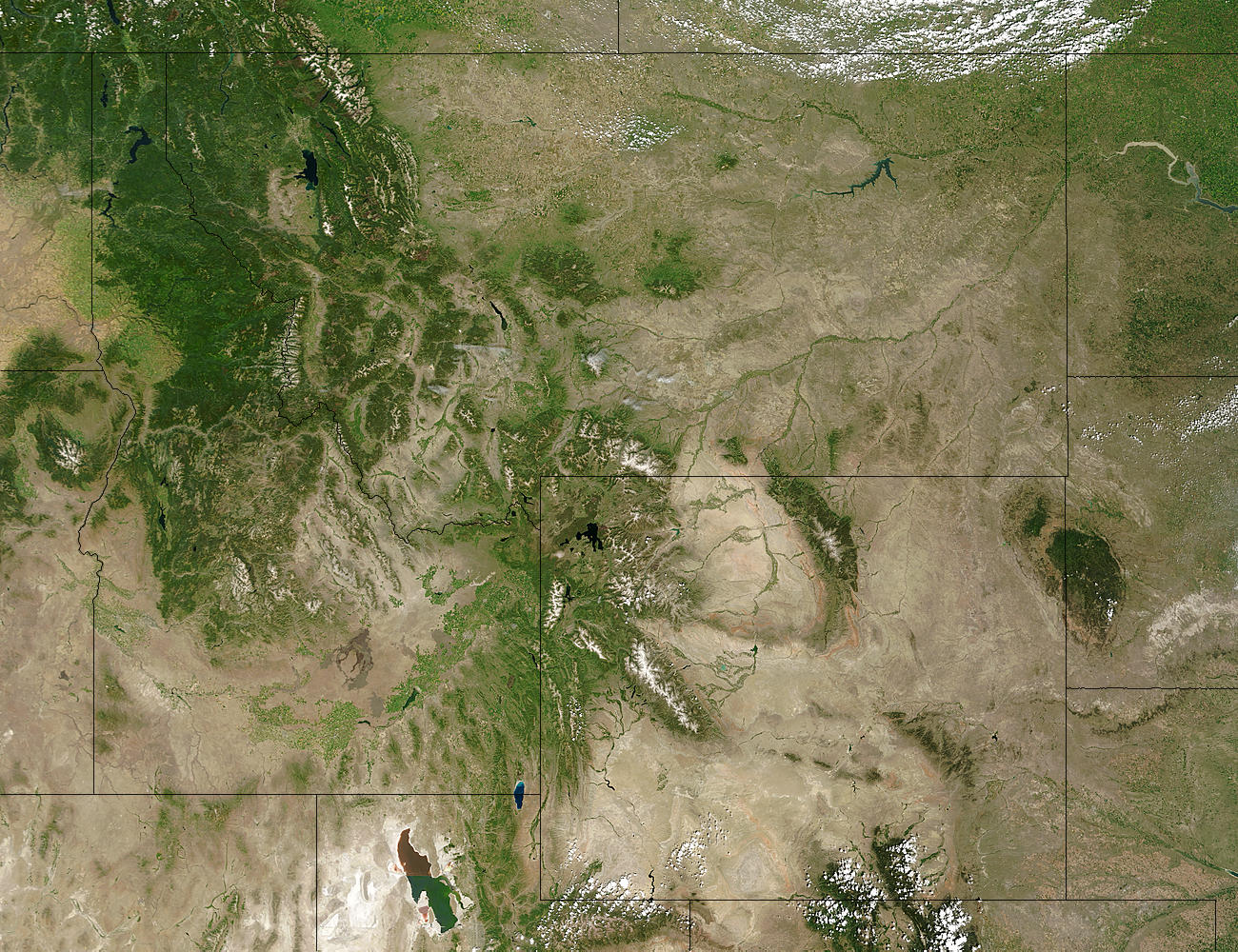 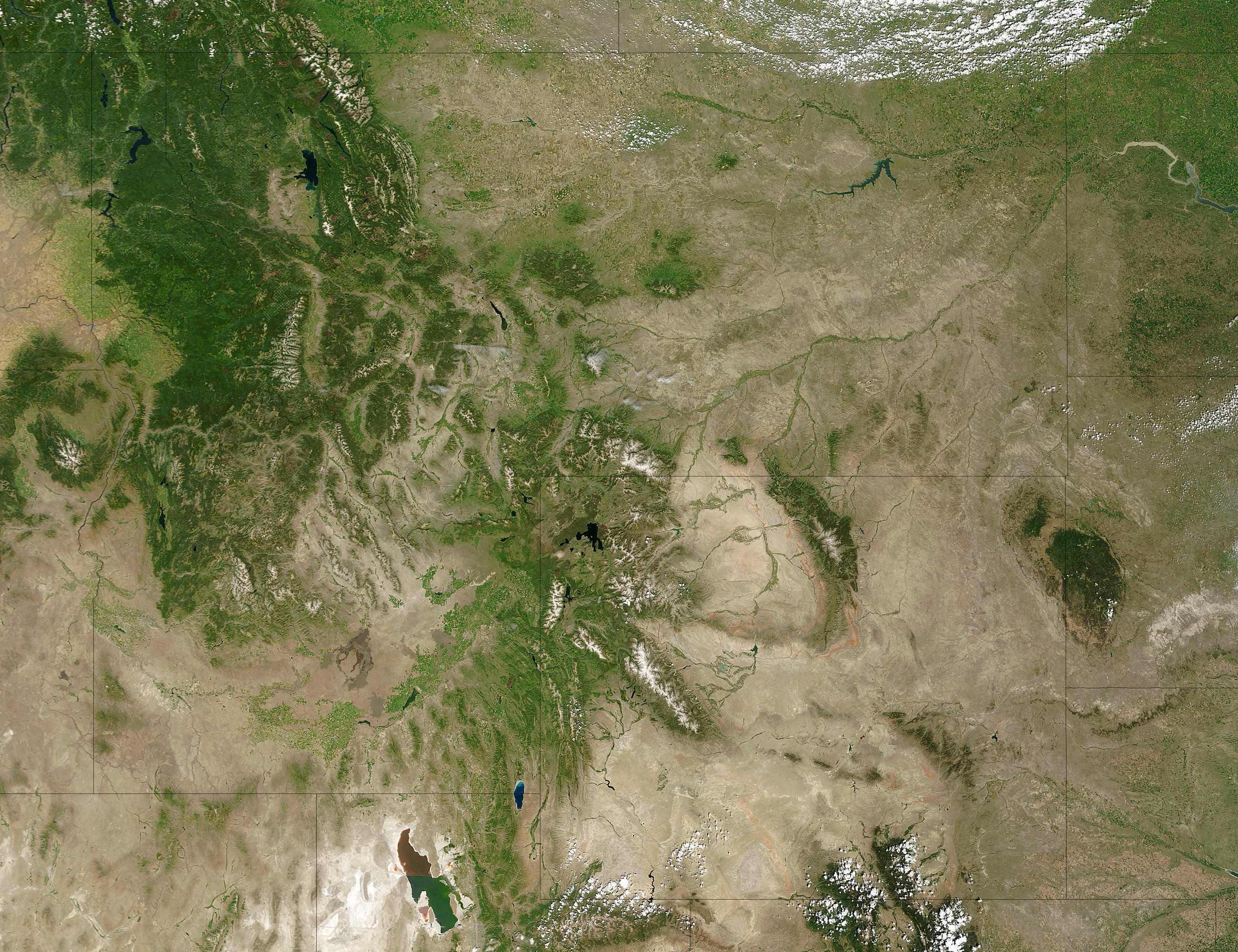 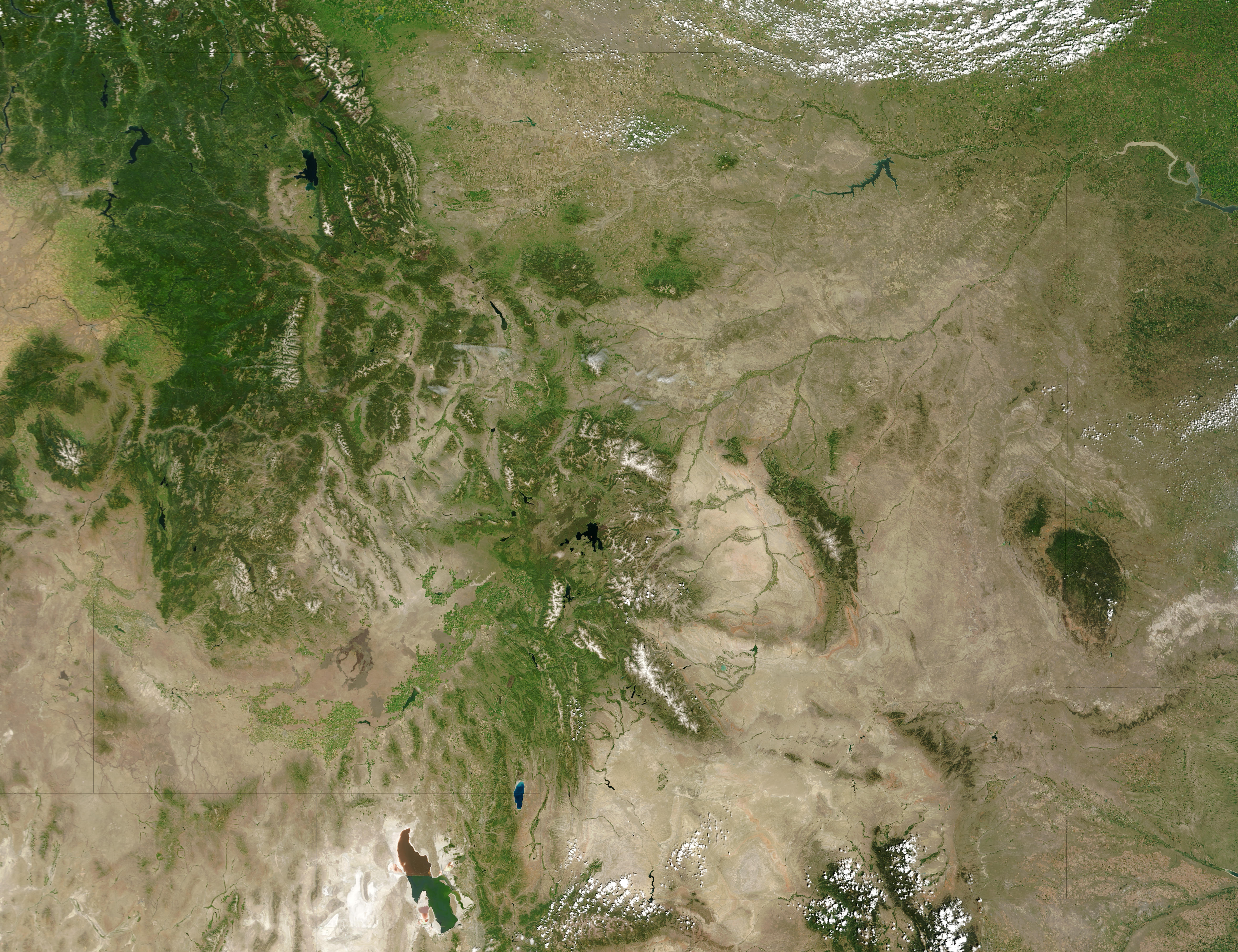 The high mountains, desert valleys, and forestland of the United States’ Intermountain West weave tan and green through this Moderate Resolution Imaging Spectroradiometer (MODIS) image, captured on July 12, 2004, by NASA’s Terra satellite. Shown in their entirety are Idaho, left of center, Montana, top center, and Wyoming, right center. The rugged peaks of the mountain ranges that form the Rocky Mountains run diagonally from the north to the southeast through these states. The mountains provide a wilderness oasis in the form of three popular National Parks. In Montana’s northwestern corner, the snow-capped peaks of the Lewis and Livingston Ranges are the centerpieces of Glacier National Park. Yellowstone National Park fills the northwestern corner of Wyoming, with the sprawling Yellowstone Lake just south of its center. On Yellowstone’s southern border, Grand Teton National Park surrounds the Grand Tetons, the mountains that run parallel to the Idaho/Wyoming border.

In Idaho, the Snake River cuts a crescent across the lower half of the state, feeding the region’s agriculture. Farm fields form bright green squares along the river’s banks. Across the top of the image, the southern border of three Canadian provinces can be seen: British Columbia in the west, Alberta in the center, and Saskatchewan in the east. Several US states are partially visible around the edges of the image. On the left from top to bottom are Washington, Oregon, and Nevada. Along the bottom are Nevada, Utah, and Colorado. On the left side of the image are North Dakota (top), South Dakota (center), and Nebraska.