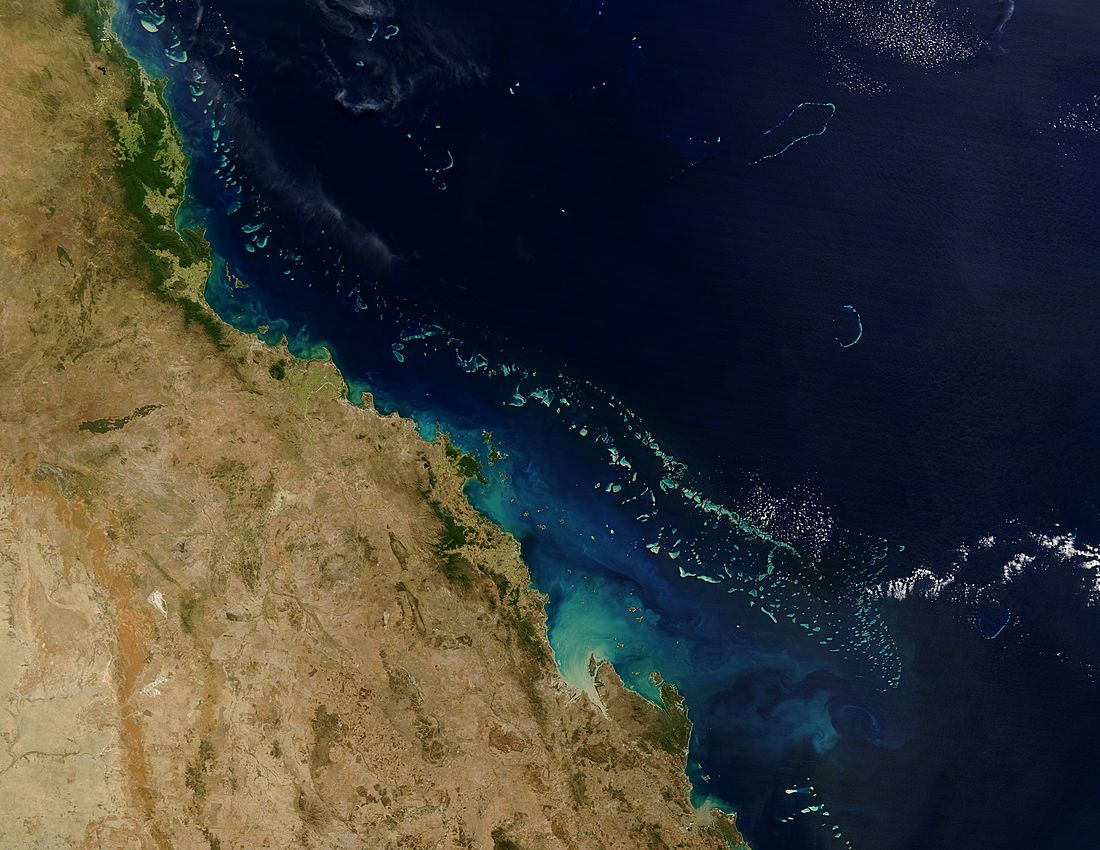 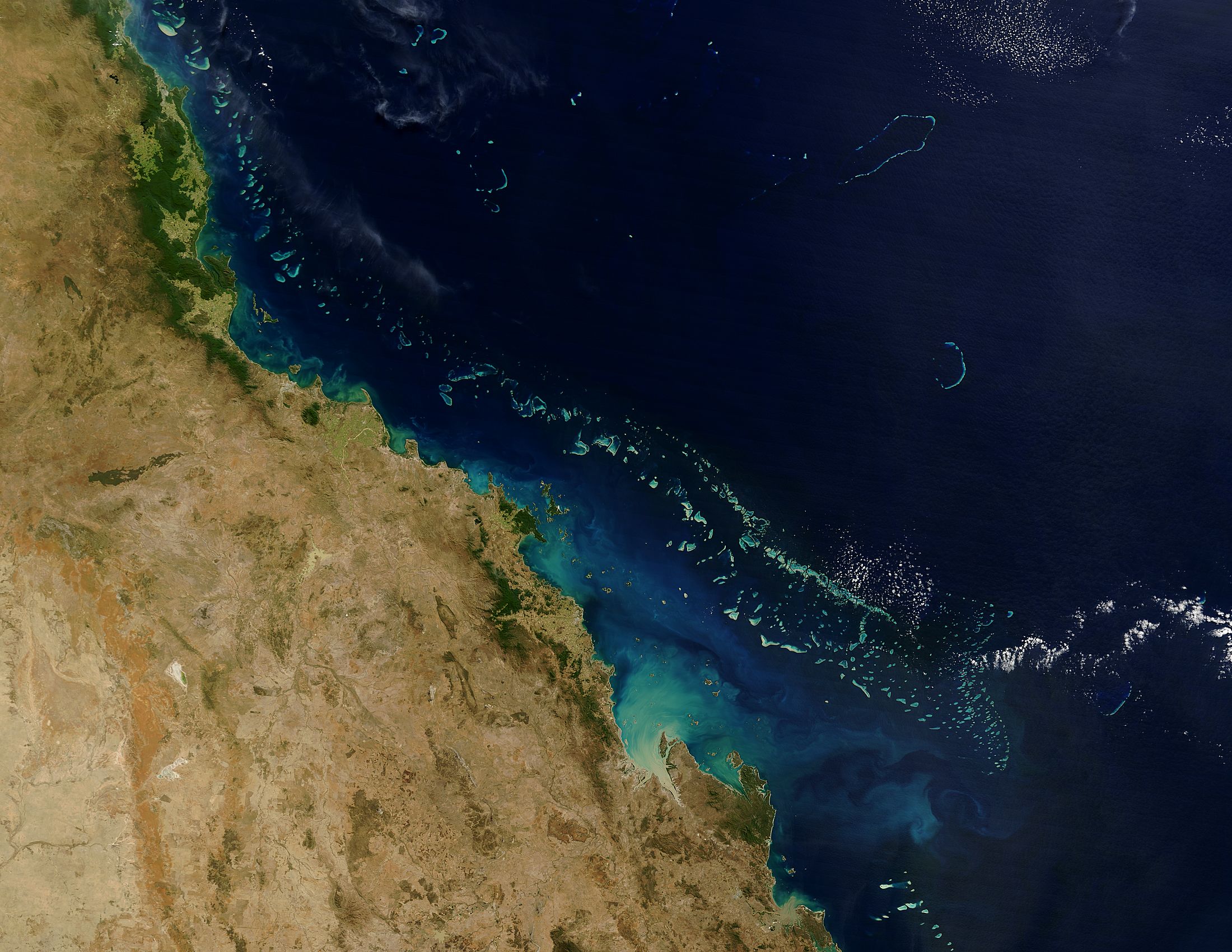 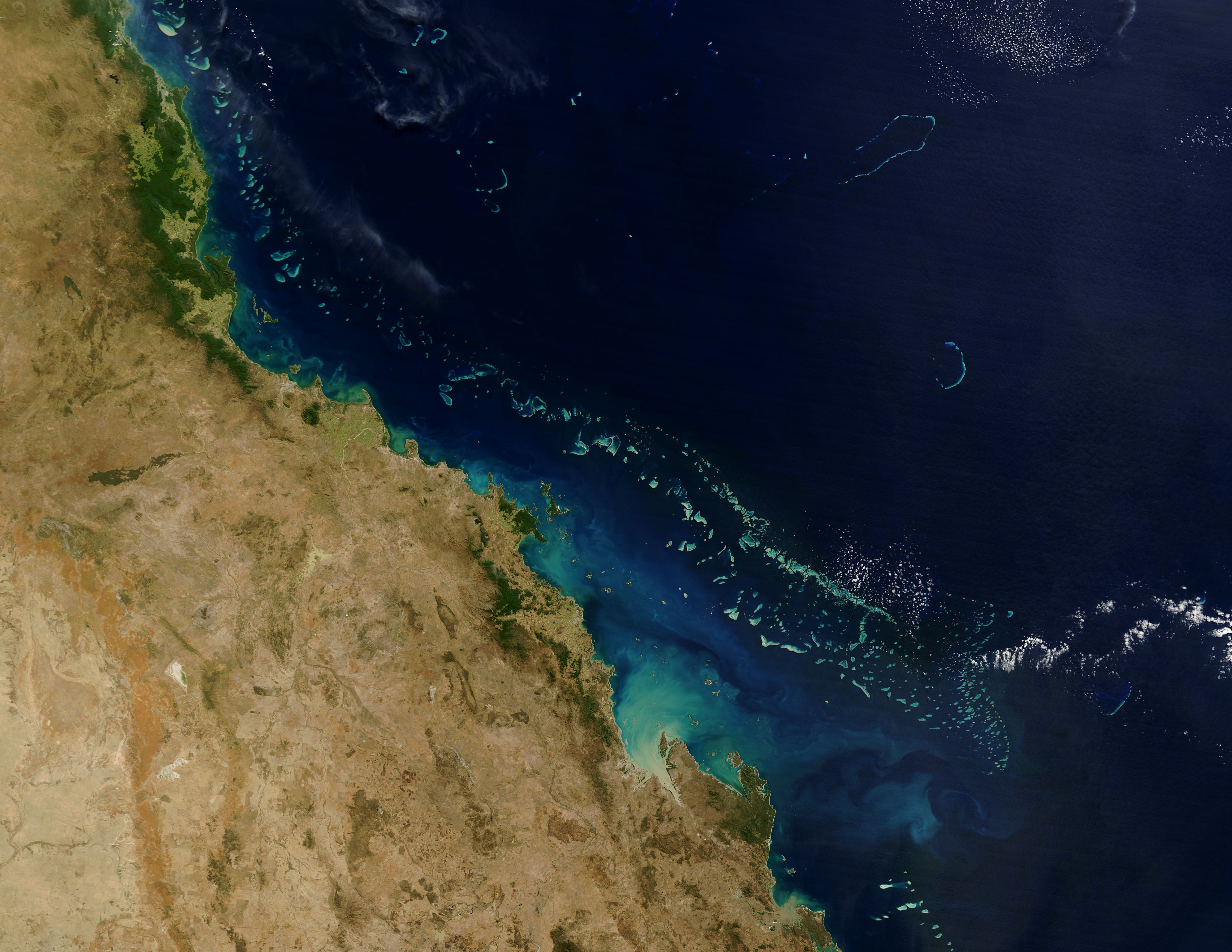 The Great Barrier Reef off Australia

The Great Barrier Reef arches over 2000 kilometers along the northeast coast of Australia. The white calcium carbonate that coats the coral reflects light, making the water above the reef appear bright blue from space. This phenomenon allows the reef to be visible in satellite images, such as this one, acquired by the Moderate Resolution Imaging Spectroradiometer (MODIS) on NASA’s Terra satellite on August 8, 2004.